Franco–Moldovan artist Grégoire Michonze (1902-1982) never received the recognition he deserved and fell into oblivion after a 2002 retrospective. In the light of the historical events punctuating Michonze’s life, Michèle Kieffer analyses the artist’s path, his connection with the Ecole de Paris and the surrealist movement and finally the complex, poetic painting style he developed. 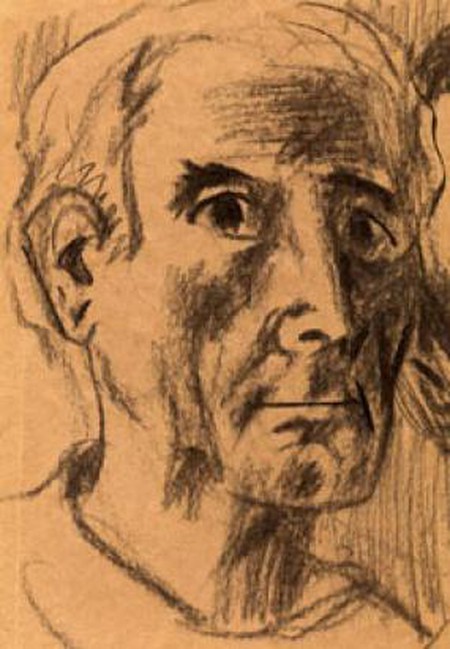 The art market can be full of surprises. Trends change quickly, prices vary, and artists can be glorified or simply forgotten. One of these overlooked artists is without a doubt Grégoire Michonze. This Franco–Moldovan painter, praised by art specialists, remains ignored by art institutions and the general public. After a mediocre success during his lifetime, the Parisian Galerie Francis Barlier organised a retrospective of the artist’s work in 2002, but further exhibitions or monographs never materialised and the art press remained indifferent to Michonze.

Born in 1902 in Chișinău, Bessarabia (after the Second World War a large part of Bessarabia became the Moldavian SSR with Chișinău as its capital), Grégoire Michonze studied at the Art Academy in Chișinău, before attending school in Bucharest and finally enrolling at the École des Beaux-Arts in Paris. He moved to France in 1922, were he befriended the circle of surrealist artists, among which were Max Ernst and André Breton. Michonze is generally associated with, and sometimes even branded as a member of the École de Paris. The École de Paris is not an artistic movement or a school, but a historical phenomenon. Paris was the vibrant centre of the art scene at that time, attracting intellectuals from all parts of Europe. Scared by the rising anti-Semitism, these intellectuals had often fled their countries in order to find a fecund artistic environment where they could express themselves freely. After Michonze’s short stay in Paris, information on the artist’s life become more and more scarce. Close to Chaïm Soutine and Henry Miller, he moved to the Côte d’Azur where he reunited with his friends. In 1937, he joined the French army and was held captive for two years during World War II. After the war, he took on the French nationality and in 1967 opened a studio in Troyes. During the following decades, Michonze spent his time here in Troyes and also part of each year at a village called Jully sur Sarce in the Champagne region, where he had another studio and regularly drew the villagers who called in. Continuing his artistic pursuits throughout these years, Michonze passed away 1982. 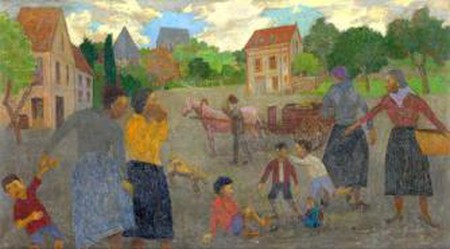 While living in Paris, the artist experimented with surrealist ideas but quickly tried to find his own way. His style is difficult to define, mixing aspects of naïve art, realism and of course surrealism, set in folkloric figurative scenery. The artist’s main focus was the man in society: most of his pictures represent a crowded natural environment or an indoor space, allowing the outdoors to shine through. Artistic, historical and personal references leave the paintings difficult to read and set the tone for Michonze’s imaginary world. The artist himself described his paintings with the following words:

Today, Michonze’s paintings sell at relatively modest prices compared to the works of some his friends and fellow painters. It seems almost symptomatic of the art market and the artist’s fate that two of his paintings can be bought on eBay these days.

Further information and images of Michonze’s work can be found at Prodan Romanian Cultural Foundation.