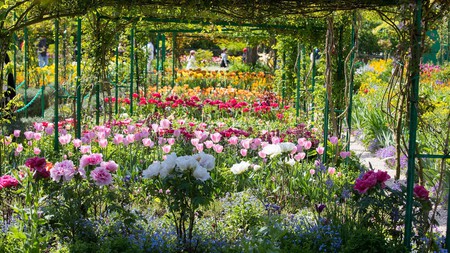 It’s easy to spend a week in Paris without ever leaving the city – and many people do. No other European capital can rival its range of galleries, museums and restaurants, let alone its beauty. But if you come to Paris without venturing beyond the périphérique, you’re missing out on seeing a different side of France.

Travel just an hour or so outside Paris and you could find yourself strolling along the promenade at a chic beach resort, sipping wine in century-old cellars or marvelling at a magnificent châteaux. A little advanced planning goes a long way. Book an early train or tour and even with just a day to spare you can explore as far afield as Normandy, the Loire Valley or Burgundy.

Soak up the seaside atmosphere on the Parisian Riviera 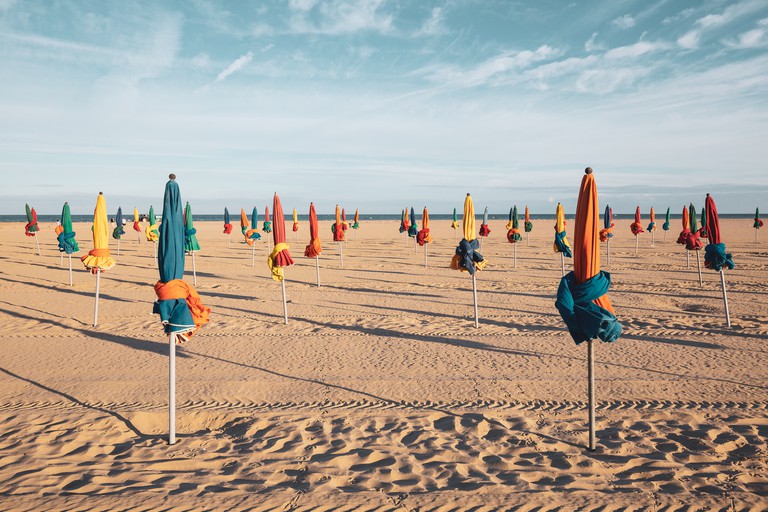 As stylish summer destinations go, the twin towns of Deauville and Trouville hold the undisputed crown. This stretch of the Normandy coastline is unofficially known as the Parisian Riviera. Deauville lives up to every city-meets-seaside cliché: this is where Coco Chanel opened her first boutique in 1913 and the town’s racecourse, fancy hotels, umbrella-lined beach and wide boardwalk are still fashion-crowd favourites. Neighbouring Trouville is somewhat less glitzy and often mistakenly overlooked. It claims to be France’s first-ever coastal resort, once visited by writers Flaubert and Proust, although most weekenders come for the casino and the superb restaurants surrounding the fish market.

Stop and smell the flowers in Giverny 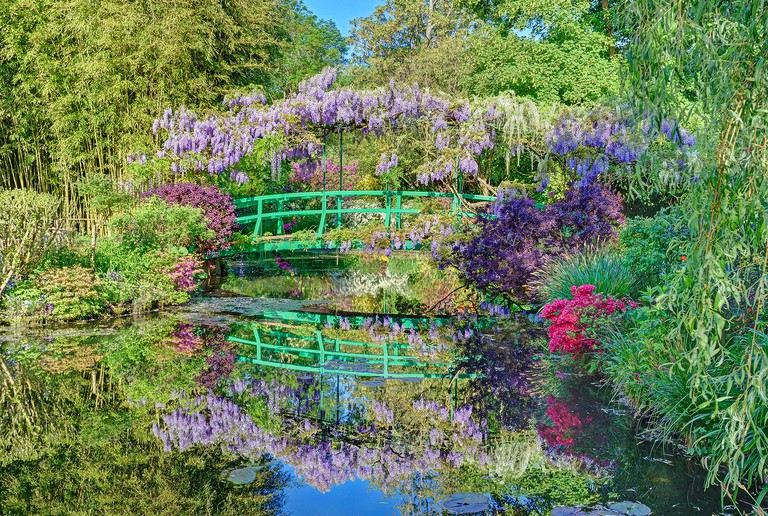 Interested in learning more about Impressionism? Head to the Normandy countryside to visit the longtime home of Claude Monet in the quaint village of Giverny, where you can see the landscapes and views that inspired him to paint outdoors en plein air. The artist’s house and gardens are open from March to early November and have been preserved exactly as he designed them – full of colour and poetry. You can pose on the green bridge made famous by his water lily series, Les Nymphéas, and discover little-known work by his contemporaries in the adjacent Musée des Impressionnismes. The closest train station is Vernon, where those in the know eschew the shuttle bus and hire bikes from the station café. 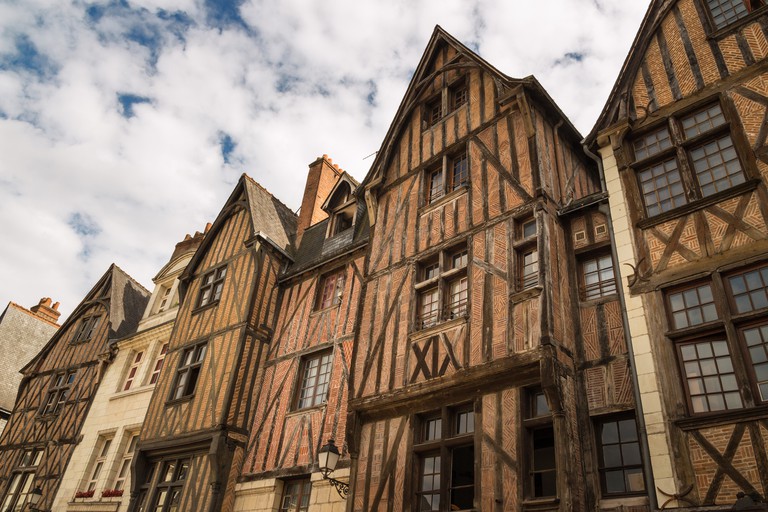 You can speed from Paris to the Loire Valley’s gateway city in a little over an hour by train. As you’d expect, there’s plenty of historical sightseeing in the birthplace of writer Honoré de Balzac, particularly in the beautiful old town, centred on the half-timbered houses of restaurant-lined Place Plumereau. Tours is an International City of Gastronomy, so stopping at these restaurants (or even better a spot like Dagobert slightly off the well-stomped foodie path) to sample regional delicacies is a must. Look for beautiful local goat cheeses and get ready to drink your way through the still, sparkling and sweet white wines of Vouvray, just a 15-minute taxi ride out of town.

Follow in the footsteps of Joan of Arc in Orléans 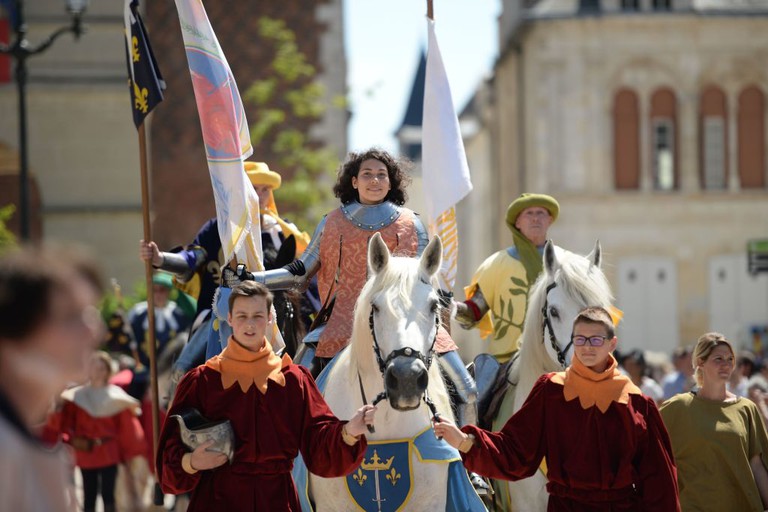 Joan of Arc is deemed a superstar in Orléans. You'll find her on the walls, in every painting and even in stained glass windows | ©Guillaume Souvant / Getty Images

Elegant Orléans might also be in the Loire Valley – and even better placed than Tours as a base for adding on a side trip to one of the region’s marvellous castles – but it’s somewhat grander and different in atmosphere. You’ll see tributes to the city’s heroine everywhere you look. A young Joan of Arc famously liberated Orléans from the English and the Burgundians on the 8th of May 1429. She’s now honoured everywhere from the Maison de Jeanne d’Arc, a reconstruction of the house she once lived in, to the Fêtes Johanniques, an annual festival that’s held annually in late April and early May. Even if you can’t time your visit with this one-of-a-kind celebration, a day-trip is the perfect way to learn more about her life.

Discover Reims, the birthplace of Champagne 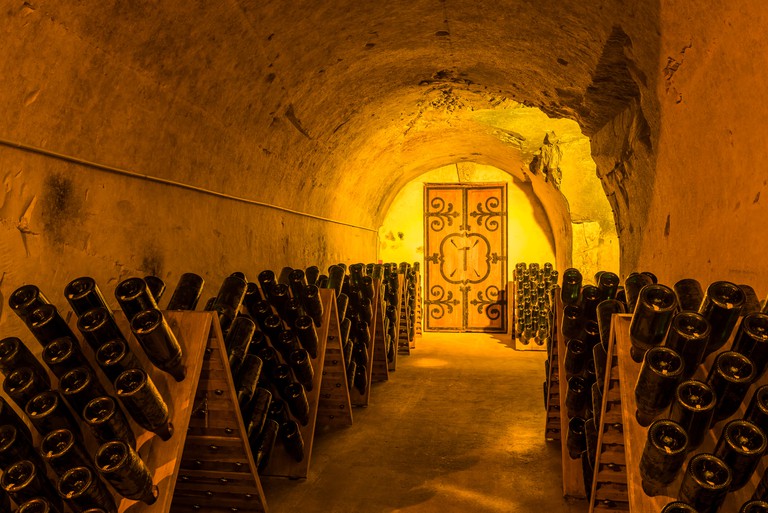 The town of Epernay might be the capitale de champagne, but the Champagne houses, in its big sister city Reims, are much easier to explore on a one-day dash. It takes just 46 minutes to get here from Paris by train (although be sure to reserve tickets to Reims Ville not Champagne-Ardenne TGV, which is outside the centre). You’ll need to get organised and book a week or two in advance for cellar tours, but once you descend into Taittinger’s magnificent caves on a perfect-for-beginners experience or splash out on a pricy tasting at Ruinart, you’ll be swept up in the magic of France’s most celebrated fizz. Don’t leave without admiring Reims’s beautiful cathedral, Notre-Dame de Reims, a UNESCO World Heritage monument, adorned with some 2,000 statues across its facades. Or, if you fancy something a little more active, look out for half-day e-bike tours advertised by the tourist office in summer.

Make it a Medieval minibreak in Rouen 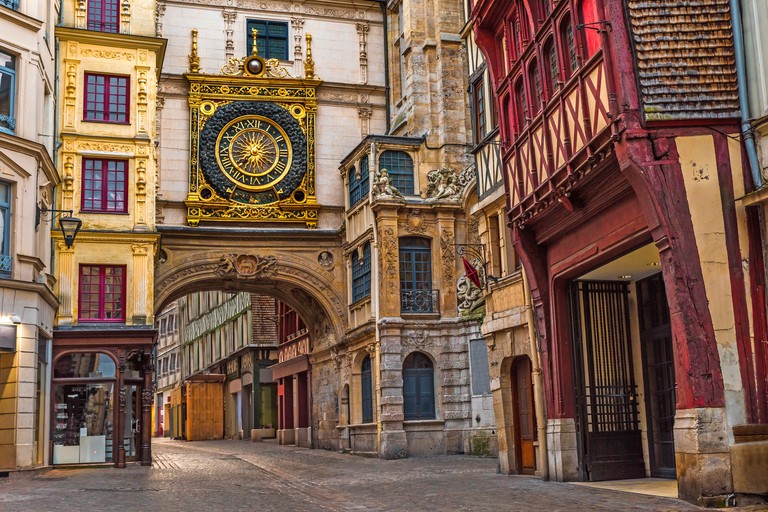 You can't miss the 14th-century astronomical clock in Rouen, it's one of the oldest working clocks in Europe | ©Samael334 / Getty Images
Hopping on a train to Rouen can feel like a trip back in time. Normandy’s capital is renowned for its astonishingly well-preserved Medieval heritage and impressive architecture. Its Gothic buildings are some of the finest in France – Victor Hugo once described Rouen as the city of a hundred spires – but the most famous landmark is the Gros Horloge, the city’s emblematic clock that is partly Renaissance in style. Not only beautiful, it’s one of the oldest clocks in Europe and has been in operation since the 14th century. Those who take time to explore the Musée des Beaux Arts will be rewarded with further treasures, paintings and objets d’art dating from the 15th century to today. As for food and drink, don’t forget to try a glass of Normandy’s famous apple brandy, Calvados, for your post-sightseeing pick-me-up. Although it’s even more delicious drizzled on a crepe. 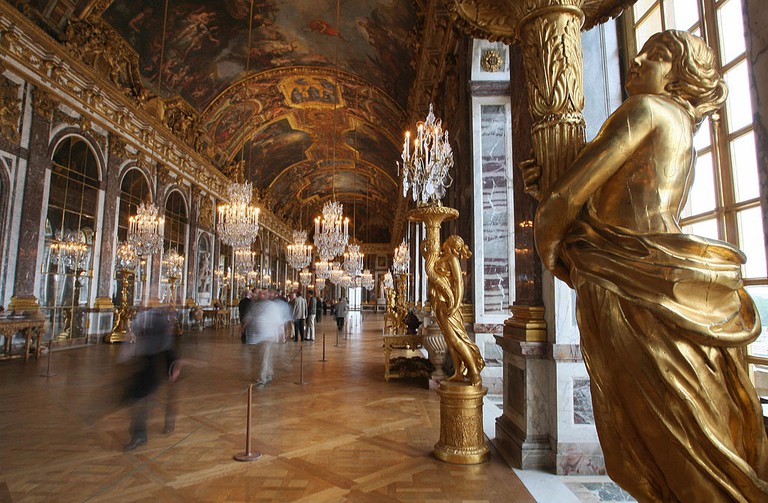 The Palace of Versailles was built as a portrayal of the King's power | ©Thomas Coex / Getty Images
Astonishingly lavish Versailles is rightly one of France’s most famous sights. Louis XIII’s one-time hunting pavilion turned 2,300-room palace is simply astounding – as is the number of visitors who arrive daily to see its state rooms and gardens. The trick to getting the most from a visit is to hit the most popular spots first. That means getting here early and making a beeline for the Hall of Mirrors and Marie Antoinette’s private chambers, then exploring the gardens and Trianon estate. Many visitors miss the Queen’s Hamlet entirely, a bizarre model village in the palace grounds that delightfully demonstrates Madame Déficit’s penchant for excess. Before you get back on the RER metro, leave time to wander the town of Versailles itself, an endearing Parisian suburb with a handful of great restaurants. Trains usually run until around midnight, so you’ll have plenty of time for dinner.

Frolic in the forest at Fontainebleu 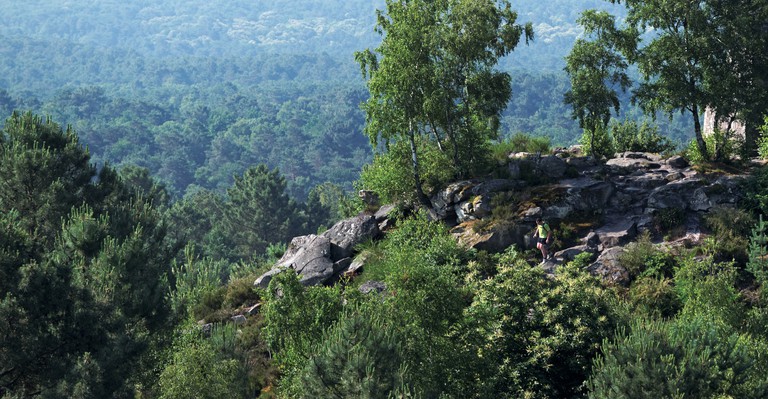 The name Fontainebleau might at first conjure images of a sprawling château – and indeed the castle is the main reason to venture this far south of the city – but there’s more than just art and architecture to discover here. The Château de Fontainebleau sits on the edge of the Forêt de Fontainebleau, an enormous UNESCO Biosphere Reserve dotted with rock climbing sites and criss-crossed by some 300 kilometres (186 miles) of hiking paths and horse-riding trails, trodden ever since the forest was a hunting ground in the 10th century. There’s quite literally a lot of ground to cover here, so come with a plan or book a guided tour that’s tailored to your interests.

Chill out in Chablis 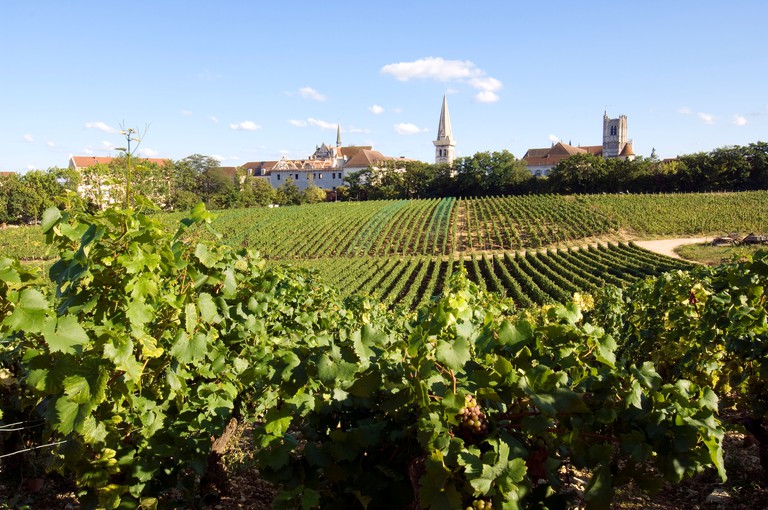 Getting to the heart of Burgundy on a day-trip from Paris is a stretch, but if you just can’t leave without sampling wines from what’s arguably the country’s most revered wine region, pick your destination wisely. The sub-region of Chablis marks Bourgogne’s (Burgundy’s) most northerly point and its wines are set apart from the Côte-d’Or to the south in geography, terroir and taste. Come to try steely, mineral whites that are made from Chardonnay but likely to convert even the most ardent members of club ABC (anything but Chardonnay). If you want to get here under your own steam, take the train to the sleepy little town of Auxerre where you can lunch in a bistro on the banks of the Yonne before finding a local guide to take you into the vineyards in the afternoon.