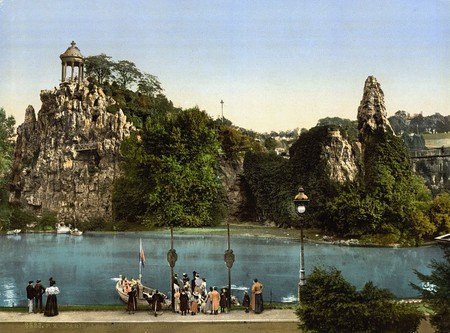 Buttes Chaumont is the hidden gem of the 19th district of Paris that barely any tourists know about. It’s worth discovering though, as it’s packed full of architectural wonders from a mysterious past with temples, suspended bridges and even secret cascading grottoes.

The Parc des Buttes Chaumont is the shining highlight of this neighbourhood, a peaceful and relaxing expanse of nature despite actually being the third largest public park in Paris. 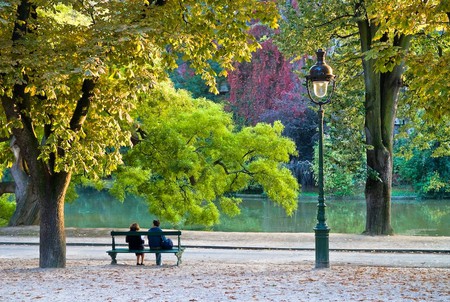 Its charming land spreads across a hill once known as Mont Chauve, meaning ‘barren hill’. Its 25 hectares stayed mostly deserted until the mid-1800s with only a handful of farms and windmills to break up the landscape. The only way to enter was along the Chemin des Moulins (Windmills Lane), the current Rue de Clavel.

The stunning Buttes Chaumont in the past | © WikiCommons

However, when Emperor Napoleon III commissioned its rehabilitation in the 1860s, all the old quarries were filled in, and trees and bushes were planted to give the area a new lease of life. Because of this, the area still lays claim to being the park with the largest diversity of plant species in Paris, boasting unique nesting bird species, too. 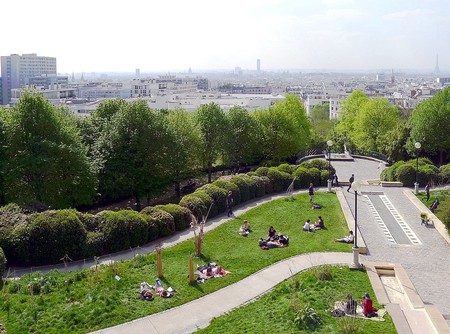 You can easily explore this fascinating transformation through the vast network of twisty paths, stairways and footbridges that offer a hint at its forgotten history. If nothing else, it’s a great place to go jogging.

Ile du Belvédère is the island in the centre of the 1.5 hectare lake pumped to life by two streams. It is home to an architectural wonder built in 1866 by Gabriel Davioud. 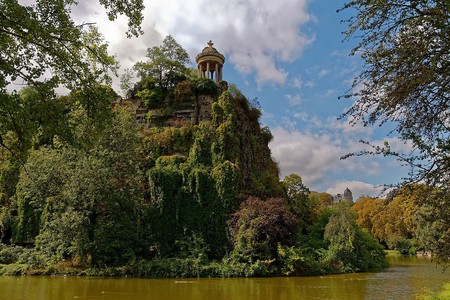 This epic neo-Greek structure is known as Temple of the Sybil, and was inspired by the Temple Vesta in Tivoli, Italy. There’s a 65-metre metallic suspension bridge joined to a winding path that leads to the Temple of the Sybil and, as legend suggests, the underground quarries led to secret places of worship.

While the old quarries were filled in, traces of their past remain as the entrance has been transformed into a manmade grotto. You’ll also find manmade stalactites added to the 15 metre-high ceiling aiming to replicate the features of a real-life grotto. 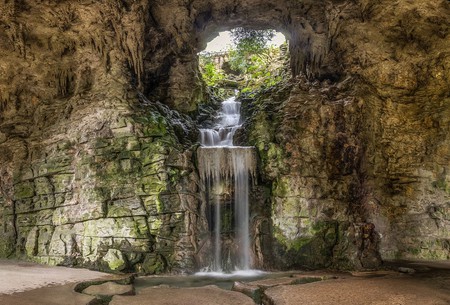 There’s also a gorgeous waterfall spilling down the wall through a small opening, before flowing out as small ponds and winding through the stepping stones. It’s incredible to think scenery like this exists in Paris!

This bridge is the structure that links the Parc des Buttes Chaumont to the Ile du Belvédère, and it hides a sinister past. Its towering height inspired the tragic origin of its name Pont des Suicides. Nowadays, a reinforced lattice structure of protection has been installed on both sides of the bridge in order to dissuade any desperate visitors. 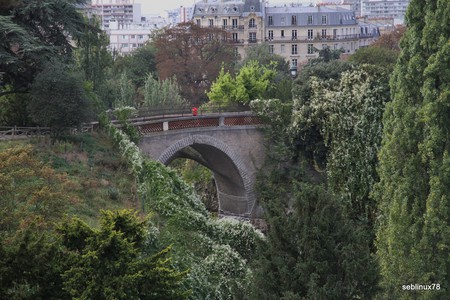 At the foot of the Parc des Buttes Chaumont you’ll find a disused railway, the Petite Ceinture. This was a circular train line built in the mid-1800s, aiming to serve the outer reaches of Paris, and spans out to the 1,124 metre-long tunnel under Belleville Hill. 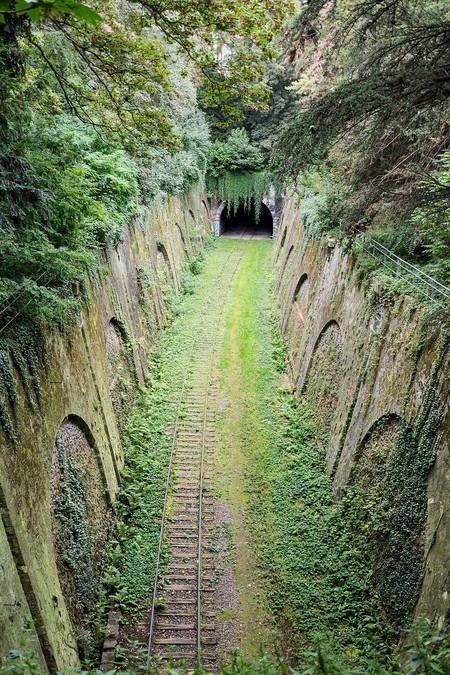 Aside from these hidden architectural secrets and mysteries, it’s a great area of Paris to enjoy a high-quality dining experience – choose from three restaurants situated in delightful 19th-century buildings. The most elegant is the Pavillon du Lac that also has atea room, welcoming up to 130 visitors. It’s located by the suspension bridge, with an Italian restaurant and guinguette (traditional drinking establishment) in the upper reaches of the park.