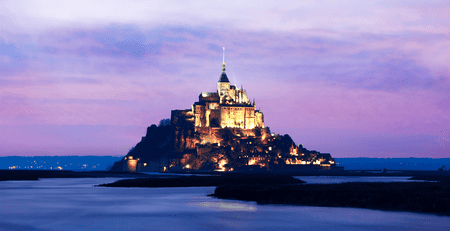 On the border of Brittany and Normandy sits le Mont Saint-Michel, a craggy island nestled in a sandy tidal floodplain. The breathtaking island is thronged by flocks of grazing sheep, and is home to a charming medieval village as well as an abbey and monastery. Come with us, as we show you the most incredible views of this UNESCO World Heritage sight!

From far away, Mont Saint-Michel looks like a glimpse into the distant and forgotten past. 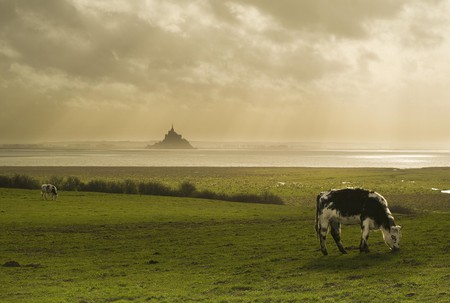 It rises out of the flat, windswept plain as if conjured straight from the imagination, a fanciful Miyazaki film brought to life.

The island squats squarely in the middle of a tidal plain, and is accessible only when waters are low. 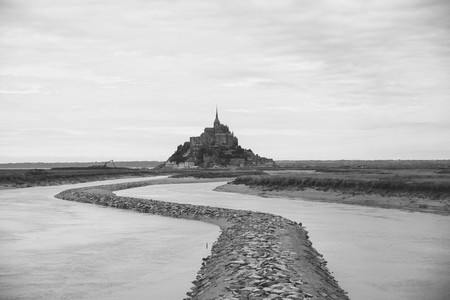 But its haunting beauty is unmissable, even from a distance. 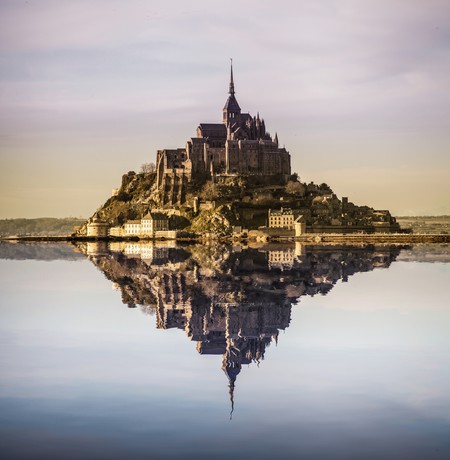 The island’s strategic location and formidable fortifications meant it remained unconquered during the Hundred Year’s War – an impressive feat! 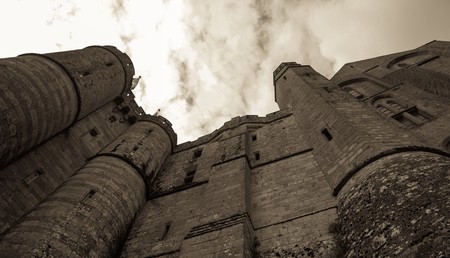 There is a definite sense of loneliness – or perhaps, peacefulness – out here. 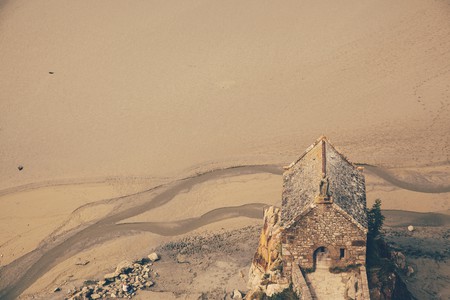 The views from the island stretch out for days. 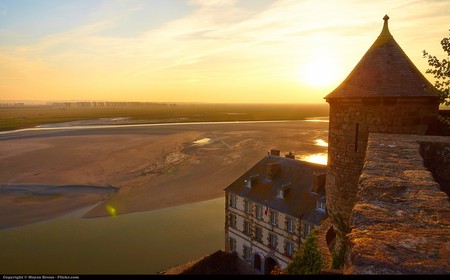 It’s hard to grow tired of watching the weather pass and shift over the infinite landscape. 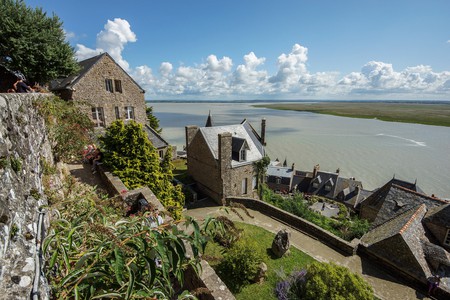 Or watch the island’s giant shadow dance with the sun. 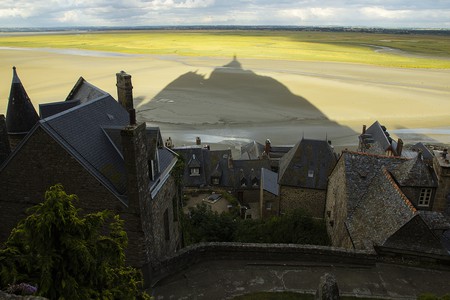 The medieval village that hugs the island is full of fascination. 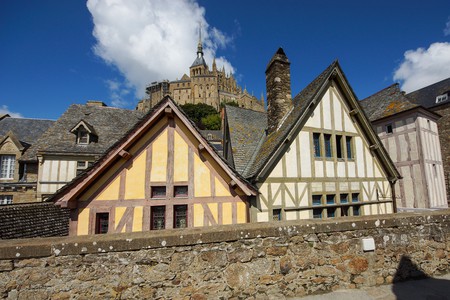 The ancient roofs have more than a lifetime of memories written into their scales!

The island is crowned by a striking 12th century Benedictine abbey, dedicated to the archangel Saint Michael. 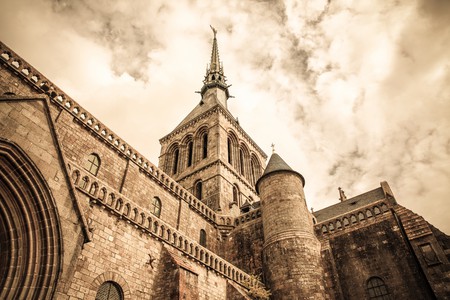 The abbey is designed in the Gothic style, and provides an oasis of peace, reflection and beauty. 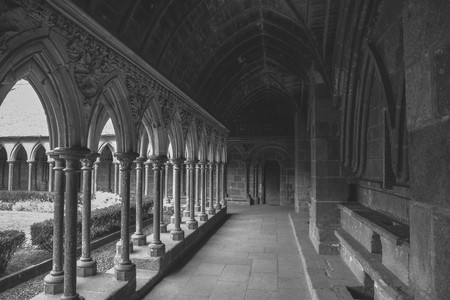 It’s amazing to think: someone spent their lifetime carving flowers into the stone. 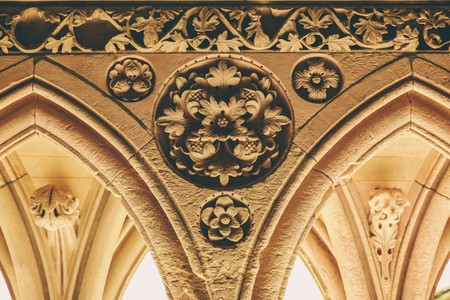 Frankly, the whole place is a marvel of construction. 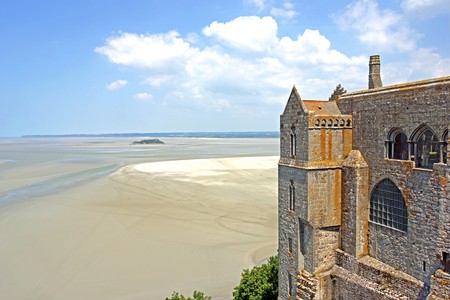 Saint-Michel seems to defy gravity itself! 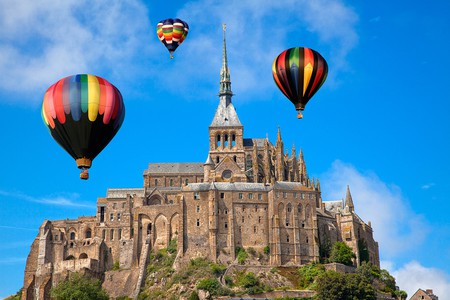