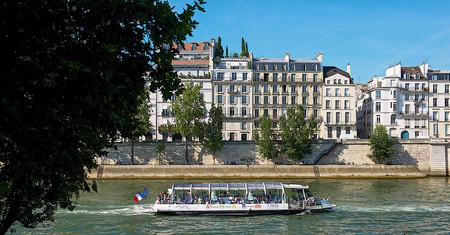 There’s no more romantic or exhilarating way to explore Paris than by hopping on a boat, popping a bottle of something bubbly and cruising along the Seine and the capital’s canals.

From themed cruises to self-drive boats and elegant yachts, Culture Trip has picked the best journeys to enjoy on Paris’s waterways. If you have the luxury of time, consider taking an extended full-day cruise out of the city and exploring the idyllic – and criminally under-explored – landscapes of the surrounding region.

Cruise the Seine with Paris Canal

Paris Canal has been operating for over 30 years and offers themed cruises on the Seine, the Marne and the canals around Paris. The Paris Discover Cruise takes in top sites such as Notre Dame, the Louvre and the Eiffel Tower, while Paris Canal’s Guinguette tours float past city highlights to the sound of traditional French music. The company’s cruises are led by amusing, cultured guides.

Canauxrama is another company that sails not just on the Seine but also on the canals and other major rivers in the Paris region. One of its most scenic routes takes you from the capital to the town of Trilbardou on the Canal de l’Ourcq, the smallest navigable canal in France. This one-day journey starts at 8.30am on the Bassin de la Villette and finishes back there (after a bus transfer) at 7pm. The route’s best features include romantic stone bridges, striking rows of poplars and the chance to experience the traditional techniques of 19th-century horse-drawn boaters. 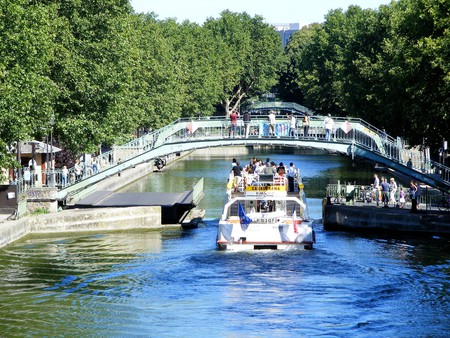 Take a canal cruise on the Marne

Another excellent route that Canauxrama offers goes between Paris and Bry-sur-Marne. It begins in the Paris Arsenal Marina, which is overlooked by the July Column of the Place de la Bastille, and heads east along the Seine after taking in magnificent views of the rear of Notre Dame. Other unique views along the way include the unusually designed Bibliothèque de France, the verdant and protected countryside of the region and the many guingettes, or floating nightclubs, that line the canal. 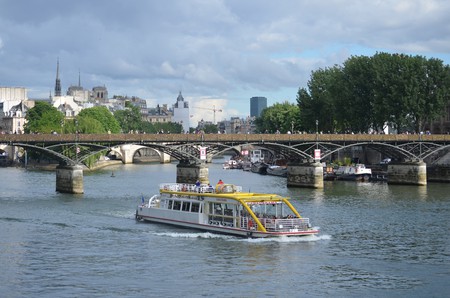 Embark on a Paris boat tour with Marin d’Eau Douce

With Marin d’Eau Douce you can be the captain of your own cruise. The company has a fleet of 22 electric self-drive boats that can accommodate a maximum of five, seven or 11 people. No licence of any kind is required to rent one and you can take to the 40 kilometres (64 miles) of waterways provided by the Canal Saint Martin, the Canal de l’Ourcq and the Bassin de la Villette for anywhere between one hour and a whole day. The company’s terrace also serves pre- or post-trip refreshments, including French charcuterie, cheese, salads and tapas. 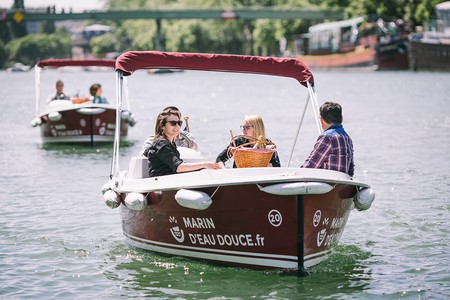 Go on a royal outing with Le Prince

Paris River offers a variety of ride and rental options from their base in the western suburb of Boulogne-Billancourt. Le Prince is a stunning 12-foot pontoon boat that can comfortably accommodate 12 passengers, including those with reduced mobility. There are six types of cruise and themed tour, which sail on the Seine, Canal Saint-Martin, Canal Saint-Denis and Canal de l’Ourcq. You’ll pay slightly more if you choose to cruise in the evening or at the weekend.

Un Bateau à Paris is a recent addition to Paris’s river and canal cruise scene, having set up shop in 2017. The minimum rental time for this company is slightly higher than average at two hours, but it is one of the most affordable companies in the city and its cruises remain great value for money. Up to 12 guests can hop aboard its charming 24-foot yacht. 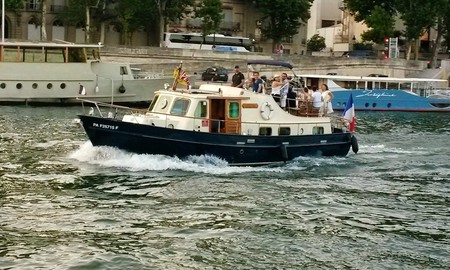 This 24-foot pontoon has been on Parisian waters since 2014, taking up to 12 people at a time on a mixture of group and private cruises. To complete the voyage, you can choose between a musical playlist or an English or Spanish commentary from your skipper. You can also bring a picnic and beverages aboard or leave this to the crew to organise.

This classic motor yacht can carry between two and 12 people on river cruises lasting as little as an hour. The boat, which is made of exotic wood, is perfect for romantic evenings, corporate or special occasion dinners, cocktail parties or for sightseeing in style. Prices vary, depending on how extravagant a cruise you choose. 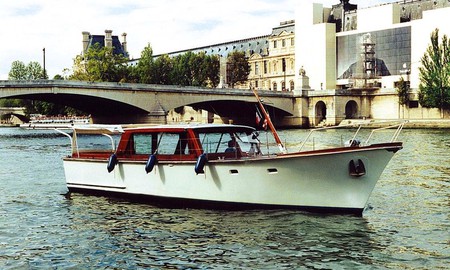 Motor yacht | © Denis, courtesy of GetMyBoat
Give us feedback