The Top 10 Things To Do And See In Dijon

From the 11th century onward, Dijon has been considered a great European center of culture and learning, featuring a diversity of architectural styles from the capetian to gothic and renaissance. With a vast repertoire of activities, Dijon exudes cultural intrigue and holds a deserved place as one of the most significant cities in France. Check out the top ten things to do and see in the city. 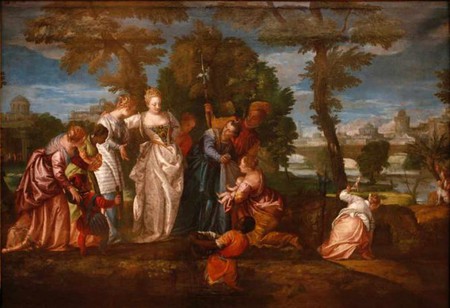 Veronese The finding of Moses | © Rama/Wikicommons

One of the oldest museums in France and part of the Palace of the Dukes of Burgundy, the Musee des Beaux-Arts de Dijon holds an encyclopedic collection of fine works of art, ranging from Egyptian to modernist 20th-century works. Established during the enlightenment period in the late 18th century, this museum is a must see for art appreciators of all styles. We recommend Veronese’s The Finding of Moses.

Perhaps the most spectacular example of 13th-century Gothic architecture in Dijon, originating as the Abbey of St Benignus, Dijon’s cathedral became a seat of the bishopric of Dijon during the period of the French Revolution. Now it retains its relevance as the seat of the Archbishopric of Dijon. Visitors to the city must include a tour of the cathedral complex to their to-do list. Appreciators of architectural design will wonder at the changeable period styles that still feature in fantastic condition.

These edenic gardens stand as a welcome contrast to the architectural marvels found in Dijon. Located within Dijon’s principal park and taking its name from the old 16th-century arquebusers’ training ground on which it is built, the garden features an exceptional variety of flora with specific interest on the plants found in Bourgogne. This diverse expanse is a scenic delight to all onlookers.

A stone-cut masterpiece, designed by Dutch artist Claus Sluter between 1395 and 1403, this sculptural marvel is a true cultural emblem of Dijon and Burgundian heritage. It represents a unique example of church architectural embellishment combining northern gothic and elements of northern realism. Including a huge crucifixion scene flanked by the six prophets predicting the death of christ, this sculptural work revives one of the main stories of religious history.

This artificially constructed lake located in the south of Dijon and named after the major of Dijon during 1968, is home to a vast ecological expanse and offers many activities. The Dijon nautical club, for example, organizes activities in the area. Beaches line the lakeside providing a perfect place to rest from the hustle and bustle of the center of the city. 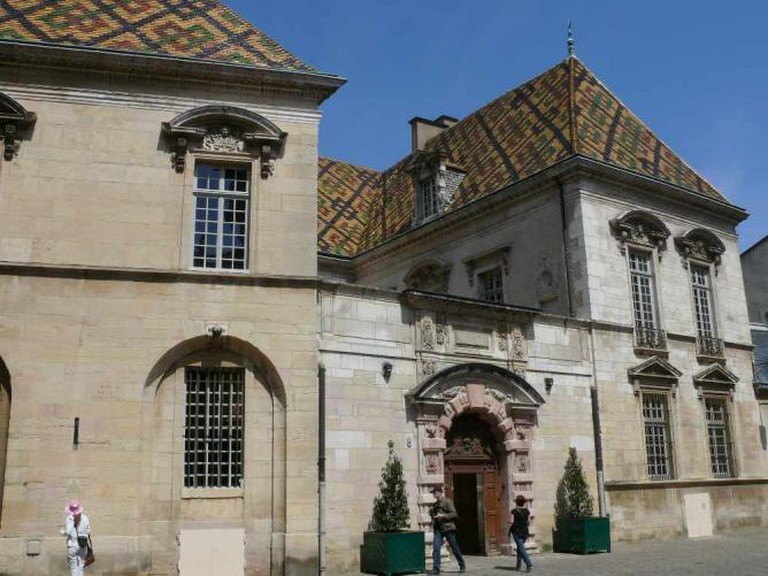 Dijon Hôtel_de_Vogüé | © MOSSOT/ Wikicommons
Built during the French renaissance, the majestic Hotel de Vogue marks one of the most spectacularly beautiful structures that can be found in the center of Dijon. Most interestingly, the style departs from the abundance of gothic architecture that lines Dijon’s many walkways and instead derives its influence from the Italian Renaissance, with the introduction of traditional Italin courtyards and a dazzling Italian portico entrance way.
Open In Google Maps
8 Rue de la Chouette, Dijon, Bourgogne-Franche-Comté, 21000, France
+33380745151
Visit Website
Give us feedback

Inaugurated in 1982 in the cloister of a Bernadine monastery, the museum of Burgundian daily life reproduces Burgundian history and stories from the origins to modern times. Spread over three floors, the museum offers an engaging experience for all visitors and is a must see activity for anybody wishing to discover more about the history of Dijon and the Burgundian region in general.

A trip to Dijon would not be complete without a visit to some of the Cote de Nuits vineyards. The area is known as one of the predominant wine regions in France, producing vintages of all kinds. Group tours introduce a selection of the local wineries and plantations in order for tourists to sample and learn about the best the wine market has to offer in its most fresh, untainted and splendid form. 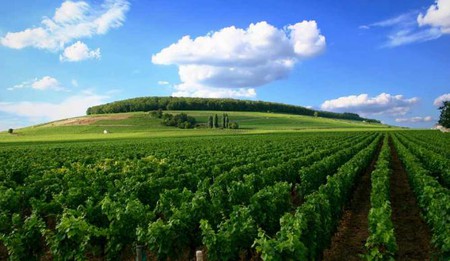 Palace of the Dukes of Burgundy

The most illustreous architectural assemblage in Dijon, the Palace of the Dukes of Burgundy is one of the city’s central focal points and is a true symbol of Burgundian heritage. It was the previous political seat of the Dukes of Burgundy and it is now the town hall. The prevalent architectural design is in the classical 17th-18th century style, whilst a 19th-century facade of the musée was added later on the site of the Saint-chapelle, demolished in 1802. No visit of Dijon is complete without a tour around the many majestic rooms of the Palace

As a restaurant and an architectural wonder, La Maison des Cariatides appeals to people who like to dine in beautiful environments. The restaurant puts an emphasis on local food and produce, and serves dishes prepared in the style of the local cuisine. Combining a great dining experience with the classical tones of its physical environment, this place is the perfect place to explore the cultural splendor of Dijon.