The Best Hiking Trails In and Around Helsinki 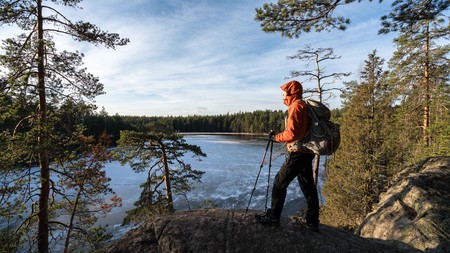 With its tranquil coastline, vast green spaces and nearby national parks, the great outdoors is close at hand even in the centre of Finland’s capital, Helsinki. Make the most of this beautiful city and the unspoilt countryside beyond by following one of its many hiking trails.

“Finns love nature and being in the forest. It’s a thing they can’t live without,” says tour guide Elena Kraynova. “At the weekends, almost everyone goes to the national parks for walking, hiking and biking.” With several hiking trails within easy reach of the city, it’s not difficult to experience the Finnish countryside, even on a short city break to Helsinki.

National parks can be reached by public transport in less than an hour, and some trails begin in the city itself. The right to explore nature has even been protected by law in Helsinki. “We have a rule which guarantees everyone the right to roam around in the forest and enjoy the lakes,” says Kraynova. “We are allowed to pick mushrooms and berries wherever we like and fish wherever we like. We like to feel completely at one with nature.” 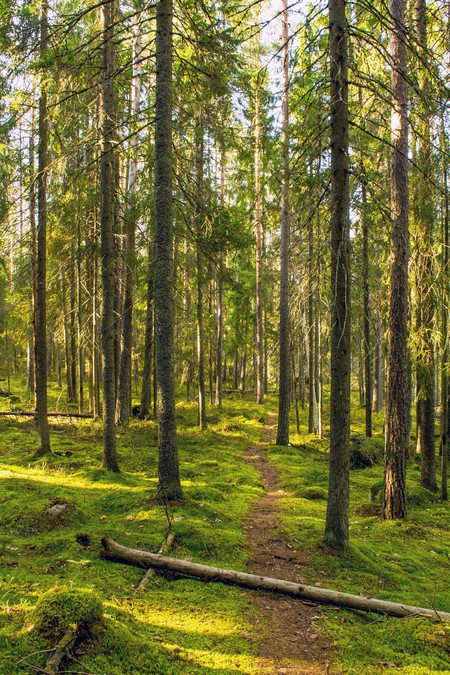 Close to the Herttoniemi metro station, which is within 20 minutes of the city centre, you’ll find the Viikki-Vanhankaupunginlahti nature reserve. This hiking trail is one of the easiest ways to get back to nature in Helsinki without being too far from the sights, shopping and nightlife. “It’s the original birthplace of Helsinki, where the King of Sweden first established the city. It is right by the Design Museum Arabia, so it’s a good way to combine sightseeing with enjoying the natural beauty of the landscape,” says Kraynova. There are two easy trails of less than three kilometres (1.9 miles) long, so it’s suitable for beginners, families with children and those with limited mobility. “It’s a beautiful area with fairy-tale paths that have tall sea plants on either side,” Kraynova says. “It’s especially good for bird-watching in the spring.” 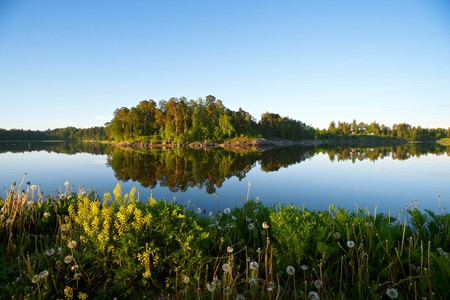 Liesjärvi is one of Finland’s oldest and most spectacular national parks, with a landscape carved by glaciers and now shrouded in ancient forest. Take the bus to Forssa and get off at the Kyynärä or Eerikkilä stop, about an hour from Helsinki on Route 2. Choose one of several marked trails between 1.5km (0.9mi) and 5km (3mi) -long to hike through meadows and forest (the Hyypiö trail is best for beginners or those with children). You can also head to the Kyynäränharju ridge, around 1.5km (0.9mi) from the Kyynärä bus stop. This stunning narrow ridge goes all around the lake for breathtaking views across the water. The park is also home to the Korteniemi Heritage Farm, where visitors can try their hand at traditional farm work and experience the way Finns lived 100 years ago. 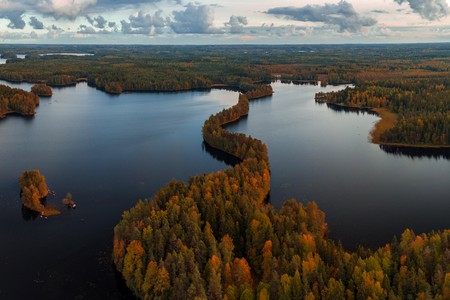 The longest marked hiking trail in the Helsinki metropolitan area, Reitti 2000 starts in Laakso, which is just 20 minutes by bus or tram from the city centre. The largely flat trail passes through Central Park, Luukki, Vantaa and Nuuksio National Park through dense forests and past shimmering lakes for up to 110km (68mi). Hikers can do as much or as little as they choose. “It’s very beautiful, so I would recommend taking your backpack and doing it over a couple of days,” says Kraynova. “In Finland, every national park is maintained by the Forest Ministry who provide shelters for people to sleep indoors or in a half-open building. You need a sleeping bag but everything else, including bathrooms, wood to build a fire and somewhere to grill food is free to use.” 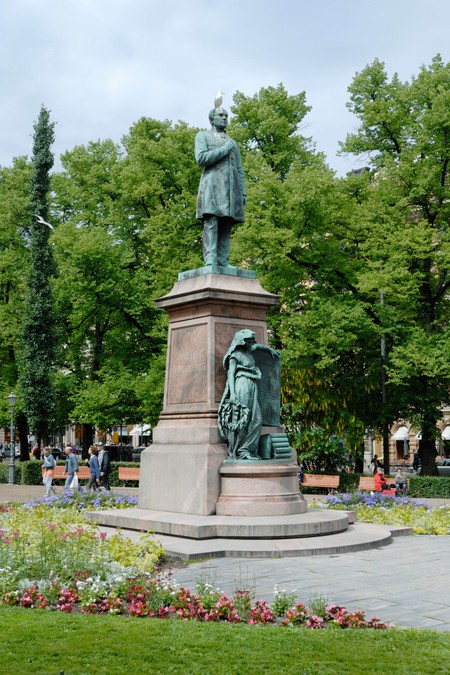 For rugged terrain, enchanting forests and glistening lakes, the Nuuksio National Park feels like the middle of nowhere, but is just 45 minutes from Helsinki. Catch the commuter train to Espoon keskus and then bus 245 from outside Ikea. Get off at Haltia to visit the striking Finnish Nature Centre first, and have a coffee on the restaurant’s beautiful terrace. “Many routes start there,” Kraynova says. “They’re marked by colour from the easiest to the most complicated. There is one 2km (1.2mi) walk that is easy for beginners and families, or you can start a much longer, more advanced hike that would take all day around the lakes and require hikers to do some climbing. Just remember to always have a map, as the phone signal in the forest is not always good.” 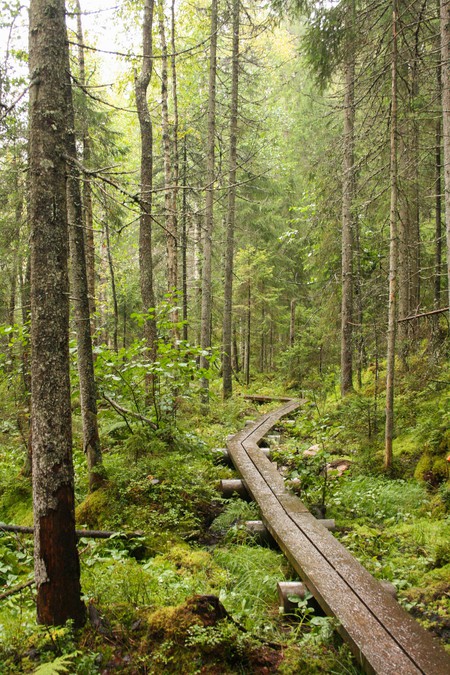 “Hiking here is all about the sea rather than the forest,” says Kraynova. “There are great views, lots of birds and beautiful sea rocks that were first formed in the Ice Age.” The Porkkalanniemi peninsula hiking trail is ideal for anyone looking for a quick and fairly easy hike close to Helsinki. The peninsula can be reached on the U commuter train to Kirkkonummi, followed by the 902K bus to Porkkaleniemi. There are three marked trails to choose from, which are all about an hour each, but these can be combined for a longer hike taking in cliff top views, Bronze Age burial mounds and panoramic seascapes. “It is quite popular with Finns,” Kraynova says. “So, if you want to have a peaceful time away from other hikers, I’d definitely recommend visiting on a weekday if you can.” 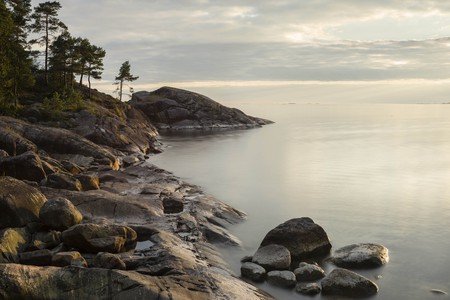 “This is one of the last wild areas in Helsinki, and the landscape is very typically Finnish,” says Kraynova. “There are some wetlands, rocks and also woodlands.” Approximately 30 minutes from Helsinki, the park has several trails of varying difficulty. Catch bus 795, 787 or 788 from railway square to Länsitie for the easiest and flattest Byabäcken trail. You can also take the 717 bus from the same location to Sotunki for the challenging 5km (3mi) Kalkinpolttajan trail. “If you are patient, bring binoculars and you may see an eagle-owl – the largest owl in Finland – on the way,” Kraynova says. “Afterwards if you go by car, call into Lake Kuusijarvi nearby where, you can take a sauna and swim in the lake. You can even swim if the lake is frozen, as there’s an ice hole.” 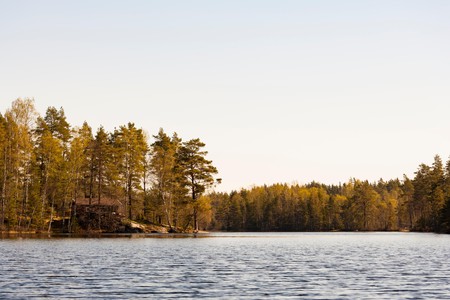 Ten kilometres (6mi) of unspoilt forest is only minutes away from Helsinki’s centre. Central Park is a serene retreat from city life with several marked hiking trails, including the easy 4.6km (2.9mi) Haltiala trail and the slightly more difficult 3.3km (2mi) Maunula trail. “It’s very popular with Helsinki’s residents because it’s not possible to go out to the countryside every weekend,” says Kraynova. “It’s a nice way to experience the forest but still be within the city. It’s especially good for solo travellers.” For a walk with a difference, follow the 2.5km (1.6mi) Laakso trail marked by poems written in the Japanese haiku tradition, or visit at twilight for a glimpse of the forest’s astonishing Siberian flying squirrels. 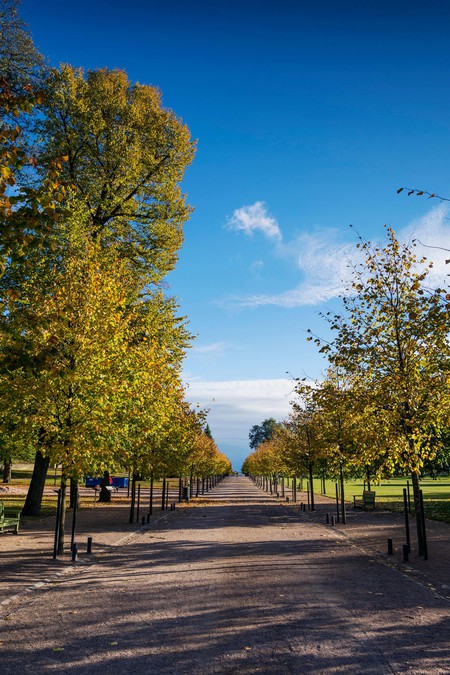