Helsinki in 10 Dishes, According to Local Chef Tom Hansen 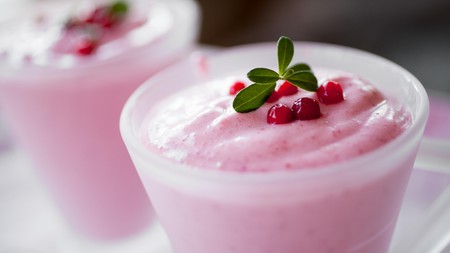 From busy food markets to traditional bakeries, Helsinki is packed with delicious places to eat. Helsinki-based chef Tom Hansen reveals the dishes you have to try in Finland’s dynamic capital.

“The food scene in Helsinki right now is very exciting, there is a sense of energy and a buzz in the city with great restaurants having popped up in the past 10 years,” says Tom Hansen, head chef and co-owner of Kuurna. Whether you crave sweet pastries, want to sample traditional herring or prefer innovative Nordic dishes made with local ingredients, there is plenty of choice in Helsinki’s many markets, restaurants, food halls and cafés.

Several new restaurants and a young generation of chefs are also fast transforming the Finnish capital into a gourmet destination worth visiting for the food alone. “Thanks to changing trends, we finally have great burger and pizza places, as well as restaurants focused on high-quality ingredients which is something that wasn’t around before,” Hansen says. “Residents have started to value higher-quality food rather than cheap quantity. I’m excited to be living here and to be part of this growing restaurant scene.”

Though Helsinki’s Market Square may be closest to the centre of the city, head 20 minutes north to Hakaniemi Market to sample Finnish rice pudding among stalls selling everything from souvenirs to fresh bread. “Join the locals for a delicious plate of rice porridge, dust it with sugar and cinnamon and add a large knob of butter in there as well. You really can’t get more authentic,” says Hansen. Traditionally served at Christmas, this comforting dish is made with rice and milk, and is the perfect way to warm up on a winter’s day. “After your porridge and coffee, which is a must, you can head to the indoor market to buy some Finnish cheese from Lentävä Lehmä – which means flying cow!”

“This is my favourite ice cream in Helsinki,” Hansen says. The parlour opened after siblings Tiina and Soile Karhu visited Valerion in Italy, and saw gelato being made by hand in every village. They realised there wasn’t anything similar in Helsinki, and returned to Italy to learn how to make authentic Italian ice cream before opening Jädelino in 2013. Close to Lautatarhankatu tram stop and Kalasatama metro station, it now makes small quantities of artisan ice cream each day, using Finnish cream and milk and local ingredients. Flavours change on a regular basis, but might include hazelnut, liquorice or lemon, and there are usually four vegan flavours a day. “Their vegan pistachio gets a special mention. It’s delicious!” Hansen says. “Grab an espresso to go along with it too.”

Run by the same family since the 1970s, the traditional Eromanga bakery serves homemade pastries, cinnamon buns and traditional lihapiirakka (meat pies). Known as the ultimate Finnish fast food, its famous pies have been made to the same secret recipe since 1846. This savoury treat can be bought to takeaway or eaten in the bakery’s small adjacent café. “This is a national staple dish,” says Hansen. “Known as lihis, this beautiful bun dough that has been filled with minced meat and deep fried is a post-party classic. Lihis is something you will find in every grill, kiosk and gas station.”

“Before grabbing your ice cream in Jädelino, go across the courtyard for a delicious lunch – their homemade sausages are delicious,” Hansen says. Located in the Sörnäinen Wholesale Market in the Teurastamo (slaughterhouse) area, the Palerma restaurant has been operating since 1933, and is only open for lunch on weekdays, 11am-2pm. “On Thursdays, you can experience what happens all over Finland: pea soup to start and oven-baked pancakes for dessert,” Hansen says. “Nearly every national institution from hospitals to schools to the army has kept up this tradition, dating back to when people followed the practice of fasting on Fridays. You had to eat heavy the day before.”

“This is hands down the best sourdough bread in town,” Hansen says. Opened in 2018 by four friends, Way Bakery is located in a former dentist’s surgery in the bohemian Kallio district. The bakery only makes sourdough and stays true to the traditional Finnish methods of proofing the bread for 48 hours and not using commercial yeast. The bakery also serves an all-day breakfast menu, one lunch dish each day and seasonal pastries before it turns into a small restaurant and natural-wine bar in the evening. “I also love their simple breakfasts, which completely encapsulate what Finnish people eat for breakfast: bread, butter, cheese, ham and a lot of coffee,” says Hansen.

Swimming Pool
Facebook
Email
Twitter
Pinterest
Copy link
Share
Map View
A historic swimming pool in Helsinki’s city centre is also the best place to sample vispipuuro, a dessert made from cooked semolina that is seasoned and whipped. Usually flavoured with fruit such as lingonberries or cranberries, it is a sweet, light treat usually enjoyed as dessert or a snack. “Buy yourself a ticket to the second floor at Yrjönkatu and in between swimming and enjoying the sauna, you can get yourself a traditional vispipuuro at Café Yrjö. The fact you get table service seals the deal, along with a glass of sparkling wine,” says Hansen. “The interior is also inspiring and beautiful, it’s more like a Roman baths than a public swimming pool. Remember there are separate days for men and women. You’ll understand when you go there and notice a lack of swimming gear. If you are shy though, don’t worry: swimming naked is optional.”

Vorschmack is made with ground meat, herring and onions and served with potatoes, pickles and smetana (sour cream). “One of the most legendary dishes from an equally legendary restaurant,” says Hansen. “It is said to have been brought to Finland by Mannerheim, a military leader and former president of Finland. If you want the best possible version of it, pay the extra and have it at Savoy.” The restaurant in the heart of Helsinki overlooks the Esplanade Park and is famous for its vorschmack, now also serving a lighter version as vorschmack pelmenis (dumplings) and borsch consommé. “You’ll be rewarded by experiencing the interior of this cultural heritage, which was designed by Aino and Alvar Aalto when it was opened in 1937,” says Hansen.

“Many traditional restaurants will have the legendary pepper steak on their menu,” says Hansen. “I know I have oma lehmä ojassa, as we say in Finnish – translated as own cow in the ditch, meaning I have a vested interest – but no place does pepper steak better than Kuurna.” A much-loved classic in Finland and across the world, this simple but delicious dish of steak with pepper sauce is served with seasonal vegetables at Kuurna. This neighbourhood bistro in Kruununhaka aims to serve crowd-pleasing, classic dishes.“Since the original owners put this dish on the menu in 2005, we have continued to serve it and constantly work to make it better,” says Hansen.

The much-loved korvapuusti is Finland’s version of a cinnamon roll, flavoured with cardamom and is usually baked fresh every weekend in Finnish homes. Thought to have arrived in Finland from Germany via Sweden in the 18th century, they were originally a treat for the upper classes. However eventually the sweet treat was enjoyed by all, becoming widely popular after the World War II. Café Succès has been serving them since 1957 but they can also be found in bakeries and cafes across Helsinki. “Korvapuusti is something that every grandmother can make and the sweet treats are cherished by Finnish people as a national pastry,” Hansen says. “It is best enjoyed with copious amounts of coffee. There is a reason why we have a term for a time of the afternoon called pullakahvit – literally meaning bun-coffee-time.”

“I have to name my favourite sushi place, as every city will have one and we all crave it now and then,” says Hansen. This tiny restaurant in Töölö doesn’t look like much from the outside, but is the best place to head for the freshest sushi in Helsinki. Choose the omakase (a Japanese phrase that translates as “I’ll leave it up to you”) and let the chef surprise you with the best dishes of the night. “This place is run by a sweet couple and they only do lunch, starting from 12, until the rice runs out. If the tables are full, have it as takeaway and take a walk down to the shore behind the Opera House to eat it.”