How Estonia Became A Technology Powerhouse 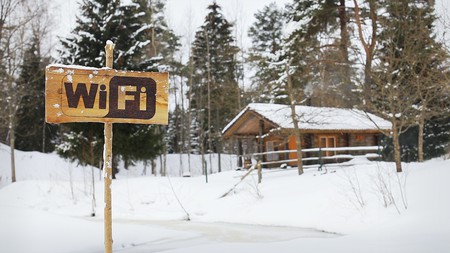 Estonia boasts many digital services that are still unavailable in the biggest countries in the world, and is the birthplace of technology heavyweights like Skype and TransferWise. How has a country of just 1.3 million people achieved so much in tech?

Residents in Estonia’s capital, Tallinn, are able to pay for parking and gas with their phones, and wi-fi has been accessible almost anywhere in the country for years. Votes can be cast on smartphones, taxes filed online, and children are taught coding from the age of seven.

Tallinn is one of the best-preserved medieval cities in Europe but has quickly become one of the most modern cities in the world. Over the years, shiny new glass and steel buildings have risen up, and some, including the New York Times, have called the city ‘Silicon Valley on the Baltic Sea.’ A lot of the country’s innovation can be traced back to decisions made decades ago, and to the current President Toomas Hendrik Ilves, who has been at the forefront of the tech revolution.

In 1968, Ilves – then a 13-year-old student at Leonia Middle School in the U.S. state of New Jersey – learned computer programming. Decades later, Ilves governs over one of Europe’s smallest and perhaps most surprising technology powerhouses, partially due to an epiphany he had when he was Estonia’s Foreign Minister.

Ilves was reading The End of Work by Jeremy Rifkin, a book which, ironically, warns of the dangers of a technology-run economy. Ilves was inspired by the example of a Kentucky steel mill, which used technology to operate with a small workforce. Rather than see this as a bad thing, Ilves decided this kind of innovation could allow Estonia to escape Russia’s shadow and pursue economic prosperity.

Over time this idea evolved, and Ilves became a crucial part of the movement to make Estonia a technology-driven country. By 1997, llves and the education minister at the time had secured computers and internet access in virtually every school in Estonia. The online tax filing system in Estonia has been available since 1995, and by 2012 over 94 percent of the Estonian population was filing their taxes via the internet. 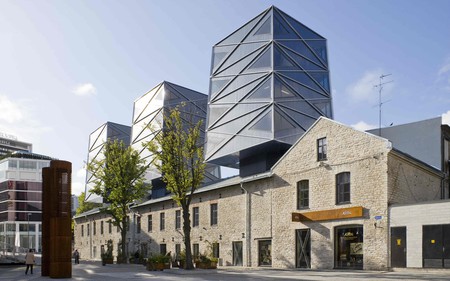 Online banking followed soon after, and for well over 10 years there has been no need for Estonians to physically walk into a bank. One of the major drivers of this success was a digital ID card introduced in 2001, which gives Estonians access to hundreds of digital services. The cards are mandatory, and must be used with a password to ensure people can’t use cards belonging to anyone else but themselves.

Tech hasn’t just prospered within the government, however. In 2001 and 2002, Niklas Zennstrom, a Swede, and Janus Friis, a Dane, teamed up with Estonian software engineers to build the internet phone software Skype in Tallinn. Skype is still the biggest technology success story to come out of Estonia to date, and the company was eventually sold to Microsoft for $8.5 billion in 2011. A more recent tech startup to emerge from Estonia is the money transferring company TransferWise, which is worth $1.1 billion. Playtech, an online gambling provider, also originated in Estonia and is listed on the London Stock Exchange for around $2.8 billion.

The future looks bright as well. Some of the younger Estonian startups making waves in the international tech community include Jobbatical, a jobs marketplace for “career adventures”; Fundwise, a crowd investment platform; and AddGoals, which helps people set goals and provides motivation to achieve them.

One of the reasons behind the success is the infrastructure put in place for the entrepreneurial minds of Estonia. For example, a company can be set up online in just five minutes. The early teaching of coding in schools has also spawned a generation of tech-savvy talent, ready to be hired and well versed in entrepreneurism.

The country continues to find ways to attract new entrepreneurs. One of the more recent schemes is an e-residency program, which lets anyone from anywhere in the world apply for an Estonian digital ID card. The e-residency doesn’t allow you to vote, but it does make it easier to set up a business in Estonia or open a bank account. The digital ID card can also be used to sign documents and contracts.

Ten thousand people from all over the world have already signed up to the e-residency program, all of whom are trying to get their own little piece of Estonia’s technology success.