The days when Scandinavian cuisine was a poor imitation of French and Italian fare are over. For some time, the world’s best restaurant has been Copenhagen’s Noma and with this triumphant success, a new Nordic food tradition has been established. We take you through the best spots in Copenhagen, a city that today holds 15 Michelin star restaurants and has been the center of the New Nordic food wave. 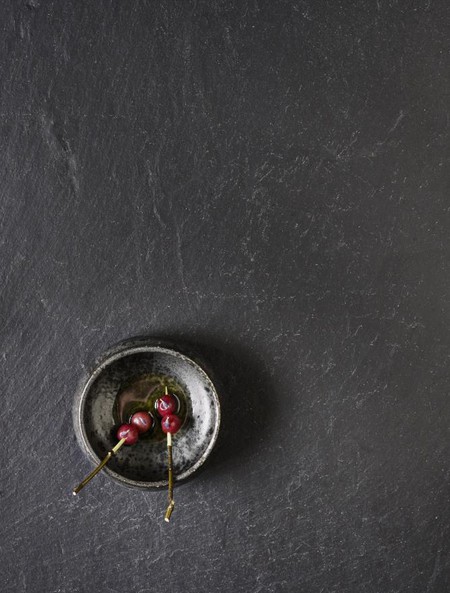 Awarded the World’s Best Restaurant four times by the highly acclaimed Restaurant Magazine, Noma is state of the art in the global restaurant world. Known for his alternative and ground-breaking approach and technique, master chef René Redzepi is still going strong in the kitchen since founding the venue in 2003. The menu has sometimes caused controversy, featuring ants, cod liver, moss and fermented goods. Almost everything in the restaurant comes from small producers from every Nordic country. The Nordic element is very dogmatic and the name Noma is a shortened version of the Danish ‘Nordisk Mad’. Most of the time there is a three month waiting list, so have that in mind if you are planning to eat at the world’s best restaurant. 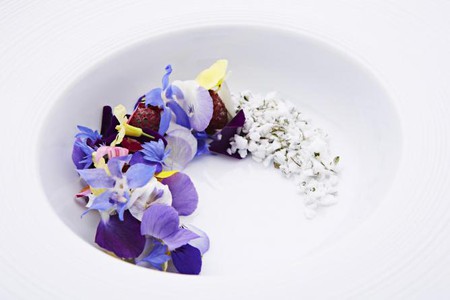 Geranium has two Michelin stars and a highly acclaimed chef. Rasmus Kofoed has made Geranium one of the top Scandinavian restaurants and is the only chef in the world who won bronze, silver and gold at the unofficial world competition in cooking, the Bocuse d’Or. The restaurant is attached to everything typically Scandinavian, a light, fresh approach focusing on Nordic ingredients. The restaurant has a view over a large park and offers a vegetarian meal, a full dinner meal and lunches. 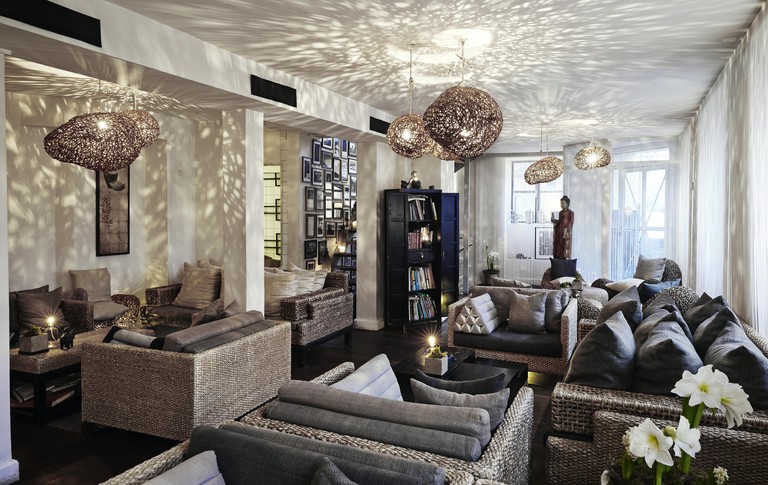 The interior decoration of Kiin Kiin restaurant in Copenhagen | © Kiin Kiin
Kiin Kiin offers something completely different as Europe’s only Thai restaurant with a Michelin star. Meaning ‘come and eat’ in Thai, the restaurant focuses on a traditional Siam-cuisine approach with loads of vegetables and sea food and an absence of dairy products. Kiin Kiin does have a classic a la carte menu since owner Henrik Yde Andersen, a skilled sommelier, believes that the Danish audience has a tendency to choose the same dishes from Thai restaurants, which takes away part of the surprise. The wine carte is mostly based on white wines and in particular German, Austrian and French Rieslings.

Known for its uncompromisingly high French standards and large wine carte, Søllerød Kro is known outside of Copenhagen for being one of the top notch venues in Denmark. Being rewarded with one star in the Michelin guide for the past eight years, the restaurant is one of the older fine-dining restaurants in Copenhagen. However, Søllerød Kro actually dates back to 1677 and although more than 300 years has passed, it is still a restaurant and the surroundings haven’t changed, with an old pond, a small castle and a little village church as idyllic neighbors. 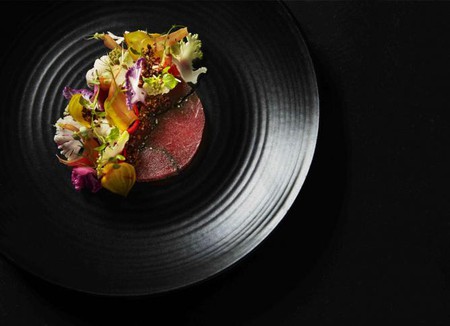 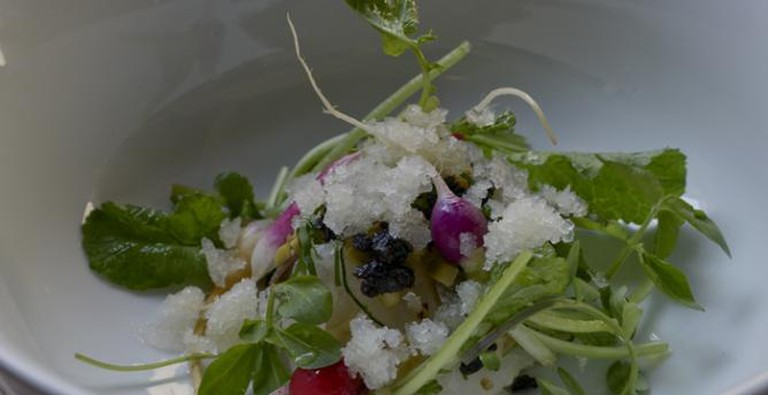 Courtesy of Formel B
If you want to try Danish cuisine carried out in a trendy, beautiful way, Kokkeriet could very well be the place to go. The food is strictly Danish and many of the dishes showcase the very oldest traditions. The wine carte is small, dense and precise and the sommelier has clearly gone to a lot of effort to match good wines with the food that often has a delicate and fresh taste. Kokkeriet is a quite a small, stylish and yet cozy place. Kokkeriet also offers a perfect late night offer, entitled ‘After Hours’, where the team invite you in for a late coffee and petit fours. The coffee is good, cakes are close to perfection, the chairs are soft and if you feel like spending a little extra, the brandy has the potential of making even the toughest day a nice day after all. 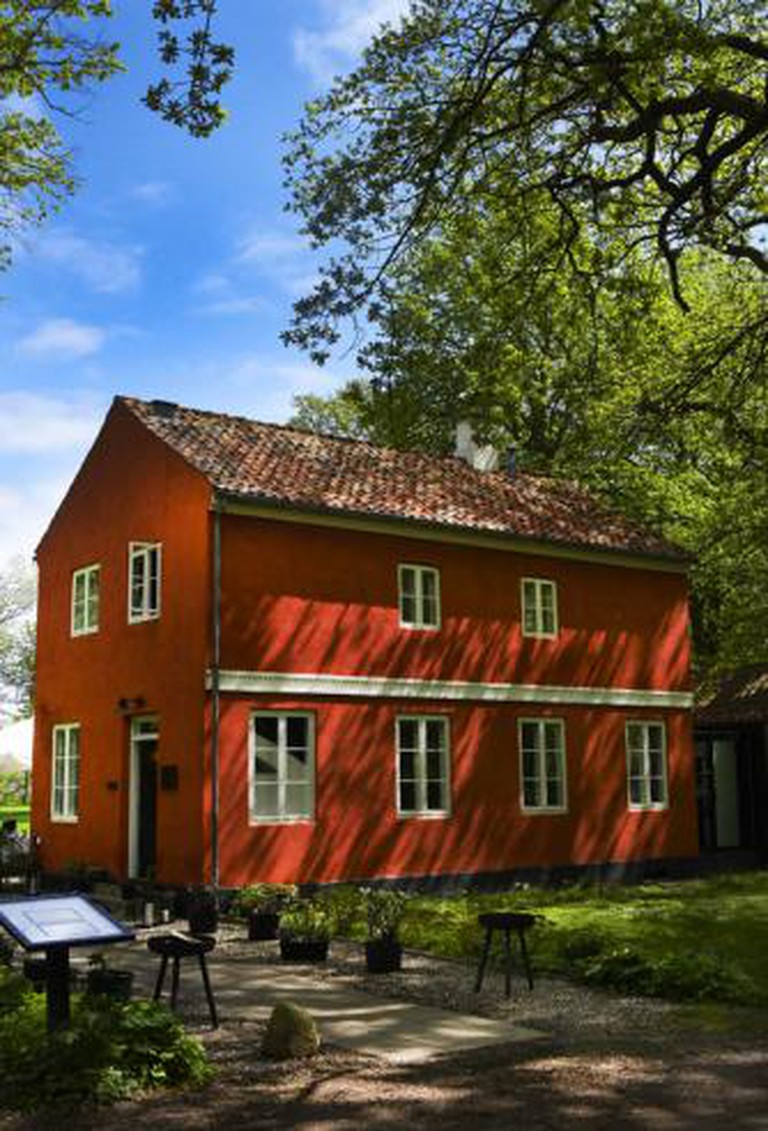 Den Røde Cottage 'The Red Cottage' placed close to the woods and the sea | Courtesy of Den Røde Cottage
When Formel B opened in 2003, it was in the hands of two young men with very high ambitions. Kristian Arpe-Møller and Rune Amgild Jochumsen opened the restaurant when they were 22 and 23 respectively. Now they have won acclaim for being one of the most popular fine dining places in Copenhagen. Unlike many of the other restaurants on the list, the menu is a la carte and mainly focuses on seafood, with a few exquisite meat dishes on the list. The wine carte is large and specialized and has one of the best selections of Burgundy wines.

Being placed in the woods and a truly idyllic position between the forest of Dyrehaven and the sea a small train-ride away from Copenhagen, Den Røde Cottage (meaning the Red Cottage) is perhaps one of the most idyllic in Copenhagen. It dates back to 1844 and was built as vacation houses for beach tourists in summer. The venue serves delicious cuisine with French hints every now and then, alongside a well-chosen, French-dominated wine list that balances the food in an ideal manner.

Marchal is one of Copenhagen’s restaurants to gain a star from Guide Michelin. The location in the luxurious Hotel d’Angleterre has for decades been the symbol of the best quality and a light in the dark when Denmark was ever so far away from Paris, Milan and other food epicenters. Marchal was the name of the first Frenchman cooking in d’Angleterre in 1755, which also underlines the French notes in the cuisine mixed with a more modern urban approach. The menu is a la carte and despite being placed in a very expensive part of town, it is one of the more affordable restaurants.

EraOra has been the Godfather of Copenhagen Italian cuisine for many years and was awarded a Michelin star in 1997. Though the restaurant opened in 1982, it is still an up to date place offering high quality and famous for very good service. Since 2001, the restaurant has been placed close to the Copenhagen canals of Christianshavn, a beautiful neighborhood also housing Christiania, one of Copenhagen’s largest tourist attractions. 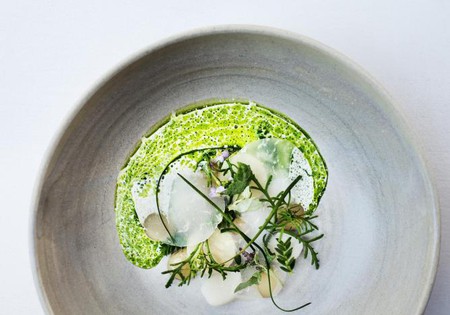 One of the special niche-restaurants in Copenhagen’s gourmet scene is Kadeau, a Nordic restaurant which opened in 2007. The food at the restaurant mainly comes from the gastronomic treasure island, Bornholm, in the middle of the Baltic sea. The food is delicious and the people behind the restaurant describe Bornholm as being the ‘true’ location of their Kadeau, where they also have a restaurant.