Why Assistens Cemetery Is a Popular Relaxing Location in Denmark 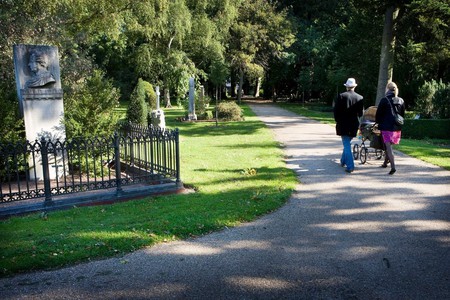 Copenhagen brims with parks and beautiful outdoor hangout places by the waterfront, such as Ofelia Plads or the Dronning Louises Bro by The Lakes. But one of the locals’ real favourite is Assistens Cemetery in Nørrebro. With so many nice places all over the city, you may wonder why a cemetery is such a popular spot.

“It is certainly one of the most beautiful graveyards in Europe. Leafy trees, dark paths, bright open flowery expanses, temples shaded by poplars, marble tombs overhung by weeping willows, and urns or crosses wrapped in swathes of roses, fragrance and bird song, all transform this place of death into a little paradise,” wrote the Swedish poet Karl August Nicander two centuries ago, describing his visit to Assistens Cemetery in Copenhagen. 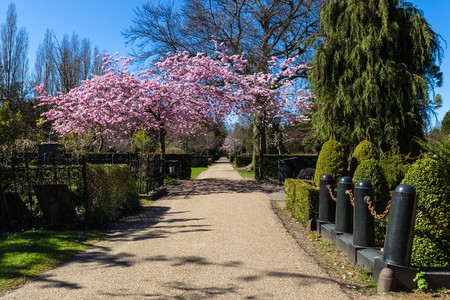 The exact same words could describe the scenery that unfolds before visitors’ eyes once they pass through the graveyard’s big iron door and look behind the long yellow wall that stretches along Nørrebrogade, separating the green oasis from the city’s noisy streets.

Assistens Cemetery has been known as Denmark’s most popular burial site, where among flourished trees and colourful flowers are the graves of the most notable Danes since the first half of the 19th century. But the reason the city of Copenhagen established the now-popular graveyard in 1760 was to create a burial site for the poor. 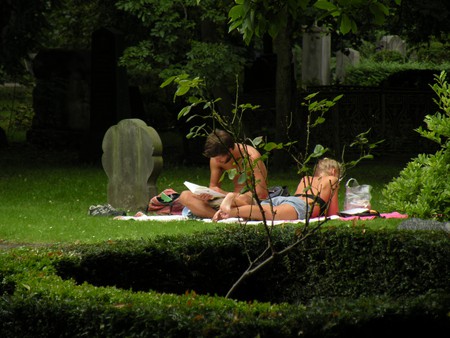 The first high-profile Dane to express his wish to be buried in the Assistens Cemetery was Johan Samuel Augustin, a renowned astronomic writer and member of the Royal Danish Academy of Sciences and First Secretary of the War Chancellery. That was in 1785.

Augustin probably never imagined his request would play such a vital role in the history of the place. Not only did several aristocrats and celebrities of the time followed his example and chose Assistens Kirkegård as their final resting place, but soon, the 25-hectare cemetery became a popular gathering spot for the city’s elite as well as the middle and working-class people.

Hanging out at the burial site has become a tradition over the centuries. Nowadays, you’ll see fitness enthusiasts jogging amid the cherry blossom trees, millennials relaxing at the lawn, families taking a stroll along the endless passageways and, of course, tourists walking through the gardens searching for the most noteworthy graves.

Take a walk among the green-leaved trees and let the experienced tours guides narrate the history of Denmark while you’re enjoying the peaceful surroundings. Stop by the 19th-century chapel that houses The Cultural House and discover the museum’s captivating exhibitions that will take you on a journey back in time.

Concerts, theatre shows and other cultural events take place throughout the year, so make sure to keep an eye out on the Assistens Cemetery official website.