This Scandinavian Country Has More Pigs Than Humans 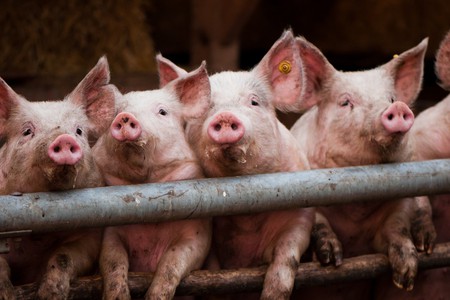 Eurostat, the statistical office of the European Union, released some new findings of EU countries’ agriculture holdings. The statistics showed that the biggest source of meat from livestock are pigs. What is more surprising, though, is that in one of these countries pigs actually outnumber people.

According to Eurostat, in Denmark there are 215 pigs per every 100 residents. This means that there are twice as many pigs as people. It does sound weird to you too, right? Well, on the other hand, Denmark is a small country with a population of 5,7 million and it also has one of the largest pig meat industries in the world – this somehow explains why there are more pigs than humans.

Even though Denmark had the highest pig-per-person ratio, Spain and Germany, with 30.1 million and 27.6 million pigs respectively, are the countries where 40 percent of the 150 million pigs produced in the EU are located. Other countries where the number of pigs per person is quite high is the Netherlands, with 70 pigs per every 100 residents, and Belgium, with 54 pigs per 100 inhabitants. 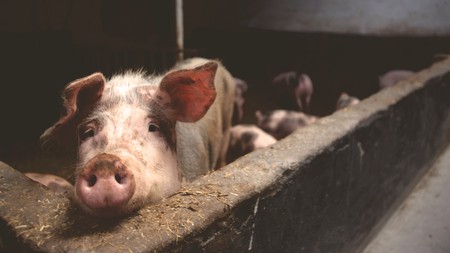 Producing 28 million pigs annually, Denmark’s pig meat industry is considered one of the world’s largest. Ninety percent of the country’s production is exported to more than 140 countries around the globe including Germany, UK, Italy, Sweden, China, Japan and Russia. Last year the country saw a decline in the slaughter of pigs with the number of butchered pigs being reduced by almost a million compared to 2016. In an interview at DR Nyheder, the head of pig farmer advocacy group Danske Svineproducenter Nicolaj Nørgaard said the financial crisis that started in 2008 has affected many farmers and the industry has lost a lot of money since 2000. However, according to Nørgaard, numbers are expected to increase again in 2018.