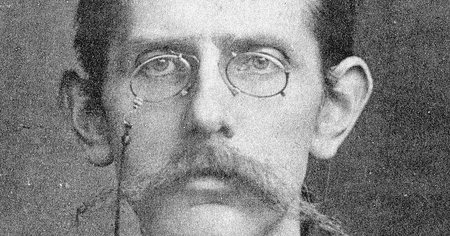 The Western canon, those works considered essential for charting literature through the ages, has been shaped by many hands that fall in the shadows, where others are spotlighted. There is no “universal” list of canonical writers—a writer who is a household name in one country might elicit crickets in another. Take Denmark, for example. In the canon-charting Penguin Classics series, only three of its writers are included: Søren Kierkegaard, Hans Christian Anderson, and Jens Peter Jacobsen.

Nevermind the absences of celebrated Danish writers such as Isak Dinesen and Inger Christensen (most likely, we hope, out of copyright issues than gender bias), nor minding that all of them died before the 20th century (and if you think age has anything to do with inclusion on this list, I refer you to Morrisey’s autobiography), Kierkegaard and Anderson are indisputably college-educated household names. Jacobson, at best, most often appears as a canonical blip, if he’s brought up at all. You would be forgiven for your unfamiliarity with the 19th-century writer: like many people ahead of their time, Jacobsen reputation has been superseded by the writers he went on to influence.

And it’s an impressive list. Rainer Marie Rilke cited bringing Jacobsen’s work everywhere he went, and even attempted to learn Danish in order to pen Jacobsen’s biography. Thomas Mann claimed Jacobsen had a “great influence” on his writing style. James Joyce, Robert Musil, Stephan Zweig, Sigmund Freud, and Franz Kafka all declared their love for Jacobsen. Adorno once wrote that Proust belonged to a literary tradition that began with Jacobsen. His readership also spread to Harlem, as his book Marie Grubbe, one of his only two novels, became a noted influence for Zora Neale Hurston’s Their Eyes Were Watching God. 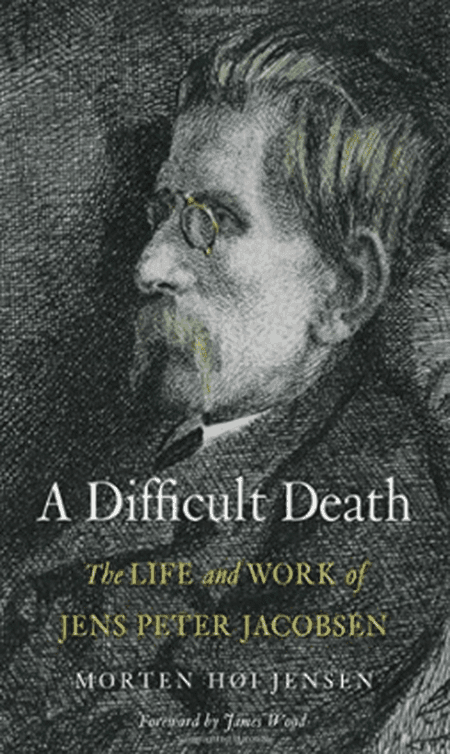 In A Difficult Death, the first major English-language study of Jacobsen’s life and work, the percipient Danish-New York critic Morten Høi Jensen attempts to reintroduce to a 21st-century audience a writer widely admired in the 19th and early 20th, the arguable isthmus between romanticism and modernism. “Jacobsen was cherished,” writes Jenson, “because he offered a unique combination of both nature-romanticism and a ‘deliciously modern’ deflation of romantic ideals. Like Nietzsche, Jacobsen became a cult figure to an entire generation of young men and women debating among themselves what it meant to be truly modern, to live a fully modern life without recourse to the ideals of the past.”

Born in Thisted, a shipping town in what was then more or less Denmark’s Bible-belt north, Jacobson would spend hours roaming “barren, sandy stretches of heath in the west, to the fertile, rolling plains in the east, [a] land teem[ing] with an astonishing range and variety of plant species. This fostered in him a lifelong devotion to the natural world, particularly botany, a passion that would take an especially serious turn after he enrolled at the University of Copenhagen. (Jacobsen had to take the entrance exams twice, failing the first time for spending more time with the local flora than with his curriculum).

But Jacobsen’s dedication to naturalism eventually paid off. After enrolling in the botany division of the University of Copenhagen, he began writing articles on Darwinism (he would later translate On the Origin of Species into Danish) as well as essays on “free thought” a then popular socio-philosophical anti-religious movement. These caught the attention of some of the city’s intellectuals, among them the literary critic Georg Brandes (one of Nietzsche’s earliest and most significant champions) and his younger brother Edvard, with whom Jacobsen first shared his poetry, astonishing Edvard’s with its merit.

Indeed, when Jacobsen debuted his first work of fiction, the short story “Mogens” (1872), he seemed to come out, as Jensen paraphrases for another writer “fully formed.” The prose in “Mogens” shows no sign of shaky amateurism, instead it is is written in a distinctive adjectival arhythmic style that tells the story of a man’s inability to make resolute, as Jensen notes, “the incongruous, vacillating nature of human existence” and rejecting “an objective view of nature” that eludes comprehension.

In fact, Jacobsen’s major works all tell of one person bucking against readily accepted views of existence. His first novel, Marie Grubbe (1876) was a narrative that fictionalized the societal descent and social liberation of a real 17th-century Danish noblewoman who nods to Emma Bovary and prefigures Lady Chatterly. It begins with the titular Marie Grubbe miserably marrying into nobility and ending up happier as the wife of an abusive drunk commoner. Grubbe’s clairvoyance of her own situation is, in its way, a shrewd rebellion against the nature of society, especially against a figure she sees as its puppeteer, God. In a notable passage toward the end up the book, she rebukes the idea of redemption:

“Do you believe that someone who all his life has sinned gravely against God and Maker, but who in his last hour, lying on his death bed, confesses his sin and repents with a sincere heart…do you believe that he is more pleasing to God than someone who has always been Hard towards Him, but who…has strived to to do her duty and born every burden without a murmur…do you believe that God will…cast her away because she never entreated Him, not with a single word of prayer?” 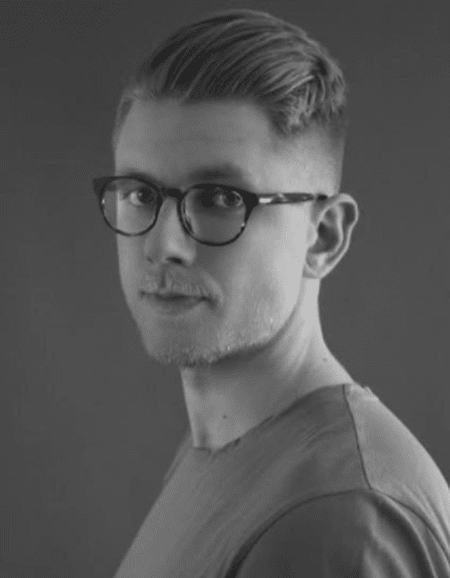 This is a good example of what Jensen refers to as Jacobsen’s “misotheism,” a term that describes a hatred of God rather than a denial of His existence. Jacobsen’s idea of godlessness was rooted less in a rebuttal against the existence of an all-powerful being, than it was a fury at God’s apparent disdain for humanity, a deity who leaves all the prayers of the world unanswered. This notion would be more greatly explored in Jacobsen’s second and final novel Niels Lyhne (pronounced “Nils Luna”), a work published in 1880 that documents, in graceful and stylish prose, the eponymous central character’s disillusionment, battle, and final resignation with God. Passing into death in his last pages (don’t worry, it’s not a spoiler), Jacobsen writes “And he finally died the death—the difficult death.”

Niels Lyhne’s working title was The Atheist, a more commanding title perhaps, and toJensen, more befitting, as the work he claims, is “the fullest and most nuanced account of atheism in European literature—atheism not simply as an idea, but as a living, fluctuating belief.” It’s a big claim, but one astutely argued throughout A Difficult Death by Jensen, and backed up by another contemporary thinker of atheism, the literary critic James Wood who writes the introduction to the book, and who calls Niels Lyhne “one of the greatest atheistic novels ever written and certainly its most intense.”

Of all Jacobsen’s work in English, Niels Lyhne is the most readily available, and the one that offers the best summation of the ideas that drove him. But Jensen has given Jacobsen a biography that never dries out the savory fruits of its labors. Jacobsen, a fulcrum of so many ideas of his time, is a complicated subject, but A Difficult Death is a perspicacious study of a undersung writer written by a promising new talent, one who shows us how one writer informed by both Nietzschean philosophy and Darwinism was able to distill these two modes of thought into something formidably novelistic. That Jacobsen has less influence on more contemporary writers than he did on early 20th-century ones might be a sign that current ideas of nature, society, and religion have evolved into more anxious and immediate debates, but if one were to trace the Rube Goldberg machine of 20th-century modernist fiction back to the pen that first got it going, it might be Jacobsen’s.