Beach Bonfires and Cats in Barrels: A Guide to Danish Traditions and Customs 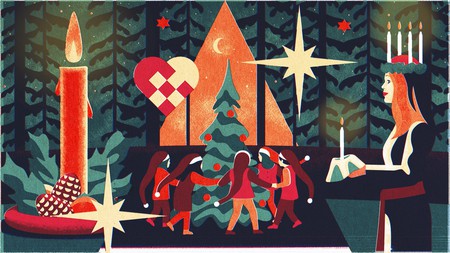 Once a huge kingdom that ruled over large swaths of Scandinavia, Denmark might now be a diminutive section of Europe, but it continues to hold fast to its historic customs and traditions. And while nearly three-quarters of all Danish residents are members of the state Church of Denmark, Danish culture tends to celebrate elements of its long history more often than the religious aspects. Holidays are a time to connect with both family and community. In particular, hygge – the cultural concept of prioritising intentional time with your loved ones – is an important aspect of celebrating festive occasions as well as simple moments throughout the year. Raise a glass and say skål! (cheers) to these unique Danish holidays and customs.

For the traditionally reserved and rule-following Danes, New Year’s Eve celebrations can be a no-holds-barred, colourful kind of chaos. The evening begins promptly at 6pm, when people gather to hear the reigning Queen’s speech, which is broadcast live on local TV channels. Later, as the clock nears midnight, and when dinner with friends has long since been consumed, Danes will carefully climb atop chairs and sofas or tables to ceremoniously jump down into the New Year as the clock strikes midnight. With kisses and toasts complete, it’s then customary to tumble out into the streets to light up the night with personal firework displays. 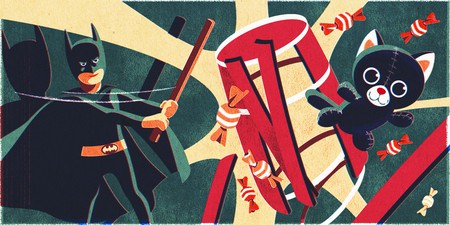 Halloween has only recently, and somewhat reluctantly, been adopted in Denmark, as Danes have long had their own holiday involving costumed children taking to the streets. Called Fastelavn, this festival is Denmark’s ancient way of celebrating the nearing end of winter and the coming of Lent. Little ones parade door-to-door singing special songs in the hope of receiving sweets or money for their efforts. At school or community gatherings, kids will play a game called “hit the cat out of the barrel”, which was long believed to rid one’s village of evil spirits. Luckily for the cats, these days candy is the only thing stuffed into the wooden barrels being whacked. The first to break the barrel and release the treats wins the title of Kattedronning, or Cat Queen. Those with and without children will also appreciate the bakery cases chock full of pretty, but super sweet, cream-laden pastries known as fastelavnsboller (fastelavn buns) that are sold the weeks leading up to Lent.

As Easter draws near, Danes traditionally send someone they know a gaekkebrev, or fool’s letter, in a fun game that requires that the receiver guess the sender. For centuries, pretty patterns have been carefully snipped into paper and notes written on them with a rhyme for clues as to who might have sent the special teasing letter. Often tucked inside the folded note, you’ll find a snowdrop flower, which are seen as taunting harbingers of that elusive Danish spring that can still feel weeks away at this time of year. But if you can’t figure out who your letter is from, once revealed you will owe them a chocolate egg. If you do guess correctly, however, they owe you one.

Between the ages of 14–17, most young Christian Danes go through the ritual process of a church confirmation. In the run-up, children begin group classes in the autumn prior to learning the lessons of the church. After the confirmation ceremony, in which girls wear all white and boys dress smartly, each family hosts a huge party. Here, confirmation gifts, which are usually large sums of money, are offered to the confirmee. Many non-religious families also choose to hold their own ‘nonfirmations’, a secular coming of age celebration complete with a party. The Monday following these celebrations is known as Blå Mandag, or Blue Monday, where the teens spend their new-found windfalls. 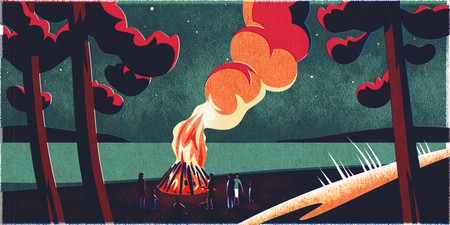 After Denmark’s dark and damp winter, the long, drawn out days of summer are something to celebrate. And the Danish midsummer celebration might be the most ancient of the country’s traditions. Sankt Hans Aften (or Saint John’s Eve) is named for John the Baptist, but the Danish tradition of lighting a bonfire on the beach to celebrate the summer solstice started well before the Vikings embraced Christianity. While modern Danes may no longer believe in witches, it’s traditional to set a doll or effigy atop fires just to ensure evil spirits stay away. With any potential dark forces put aside, friends and families gather for dinner and drinks before speeches and songs as the fires are set alight near dusk.

The conclusion of gymnasium (or high school) in Denmark is deemed a considerable accomplishment and celebrated as such. After a month of final exams, Danish students receive a special graduation cap, which is placed upon their heads by their parents upon their last examination, and which many sport all month long. Each school holds a formal graduation ceremony, but it is right after the ceremony that the real fun begins. Students pile onto open-top trucks to tour around town, stopping for a short time at each student’s house along the way. Here, family and friends gather to welcome the graduates with drinks, food and a toast before they hustle back aboard their rides to continue the parade.

For many, the Christmas season kicks off in Denmark with the delivery of the first julebryg, or Christmas beer. J-Day is a uniquely Danish tradition dedicated to the country’s specially spiced Christmas brew. Developed by Danish beer giants Tuborg in 1990 to welcome back their classic Christmas-in-a-can brew, the first Friday in November has since become a huge party all across the country. Horse-drawn carriages and big Tuborg trucks bring thousands of the seasonal beers to eager and festive fans waiting at designated establishments. 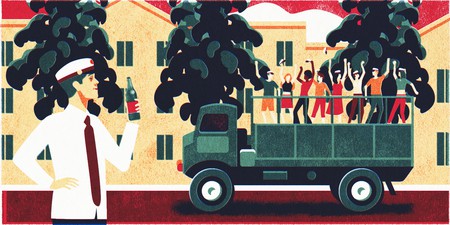 Danes are some of the world’s biggest consumers of candles and if you’ve been to the country in December, you will know why. The shortest day of the year, which lies on 21 December, brings a mere seven hours of dim daylight to Denmark, and a special candle, called a kalenderlys, or calendar light, is used to count down the days until Christmas. The calendar candle has numbers for each day, so it’s customary to melt away each day’s date and watch as Christmas draws closer.

The Danish Julefrokost, or Christmas lunch, is an indulgent and drawn-out affair that sometimes lasts all day. Come with an appetite and an open mind, as often anything goes, and there are specific rituals to the Danish Christmas lunch that must be followed. Fish dishes are served first and might include several kinds of marinated herrings plus fried plaice with remoulade sauce. The next course brings meat dishes such as curried meatballs or pork loin, red cabbage and, of course, potatoes. Cheese and dessert arrive last – that is, if anyone still has space. This is all washed down with plenty of snaps (also called akvavit) – a strong Danish liqueur – and beer.

Come to Denmark for Christmas, and you’ll find much of the country closed. Unlike the UK and US, in Denmark Christmas is held on 24 December and is an evening affair. For Christmas dinner, which is celebrated with extended family, Danes enjoy a meal that traditionally consists of slow-roasted duck, roast pork with crackling, red cabbage and caramelised potatoes. But there is one Christmas dish in Denmark that divides the country into two culinary camps. Some Danes serve risengrød, rice porridge, with butter and cinnamon to start the meal, while the other half consider it a dessert and call it risalamande – actually a sweeter, creamier rice pudding served with hot cherry sauce. After dinner, it’s customary to hold hands and dance and sing together, encircling the Christmas tree. Later in the evening, the Julemanden, Denmark’s version of Santa Claus and often a costumed neighbour or family member, will come calling and offer a gift to the children. The night ends with the opening of the rest of the gifts, the making of toasts and the savouring of sweet treats.