13 Top Documentaries to Watch At This Year's CPH:DOX 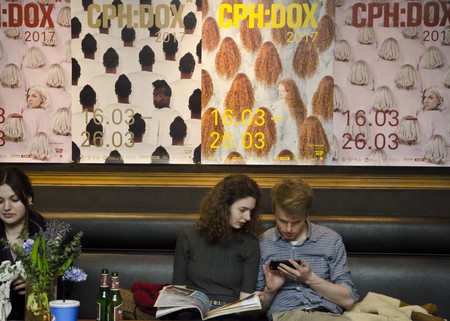 CPH:DOX is ready to open its doors once more and welcome Copenhagen’s documentary and film enthusiasts in some of the city’s most impressing cinema halls. The world-class documentary festival will be running for 10 days, from March 15-25, screening more than 200 films and more than 100 premieres.

The Raft is a documentary about a social experiment and a scientific study that took place in 1973. A Mexican anthropologist put five men and six women in the same raft and sailed across the Atlantic filming and documenting their behavior, studying human violence, aggression, and sexual instincts. In 2018, Swedish artist and filmmaker Marcus Lindeen invited the crew in a replica raft situated in the middle of a film studio and asked them to describe what happened back then and talk about their experience. 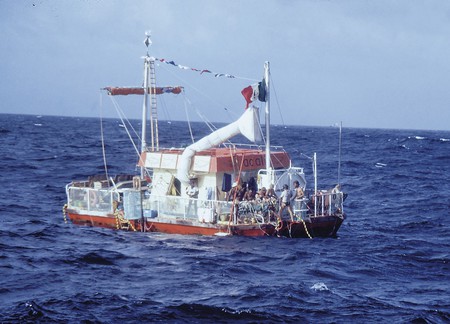 Watch the rise and fall of the legendary Studio 54, the nightclub that changed New York’s nightlife. Ian Schrager, one of the nightclub’s owners, narrates the story of Studio 54, from the time it opened its doors until the day its owners went to prison for tax evasion and it closed forever. Disco music, original photos, and videos with Andy Warhol and Michael Jackson in the frame intermixed with the captivating storytelling of the people who created Studio 54 compose an informative and fun documentary. 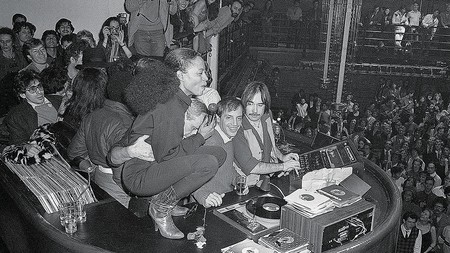 Inspired from personal experience, Katrine Winther, the director of Exit and a former right-wing extremist, aims to examine the reasons people that used to be part of extremist groups choose to leave their past behind. Danish left-wings, Nazis, and Jihadis share their personal story and talk about the challenges radicalized people meet when they choose to get out of an extremist group. 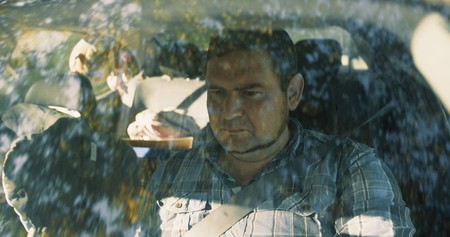 Jacques Mayol, the man who was swimming with dolphins and was staying 70 meters underwater surrounded by whales all while exploring the ocean’s diverse seabed, has a great story. His life inspired the French cult hit The Big Blue, which was released in the ’80s, and today the actor that portrayed Mayol in the film narrates his life in the Dolphin Man documentary. Breathtaking underwater footage from the Mediterranean, Japan, India, and the Bahamas, a film archive from the ’50s, and Mayol’s life story through the stories of friends, relatives, and instructors compose a portrait of the man who changed free diving. 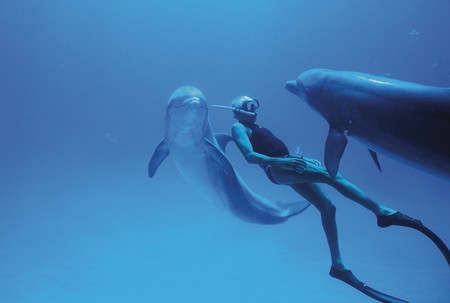 A Woman Without A Name

Four young women imprisoned in different wards in Gharchak prison in Tehran narrate their personal life stories and talk about the reasons that pushed them to commit the crimes that led them behind bars. Farzad Khoshdast A Woman Without A Name is a poetic documentary full of contrasts that leave viewers to reach their own conclusions. 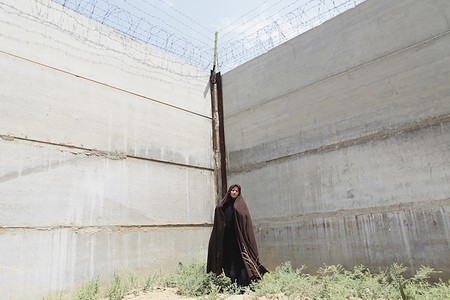 A Woman Without a Name | © Farzad Khoshdast

With footage from the world’s largest electronic waste landfill in Agbogbloshie, Ghana, and the people who work there narrating by themselves, the directors of Welcome to Sodom, Florian Weigensamer and Christian Krönes, aim to create a window to a reality different than one most Westerners are familiar with. For the 6,000 women and men who work on disassembling flat screens, telephones, and laptops, Agbogbloshie is Sodom, and after watching this compelling documentary you’ll understand why. 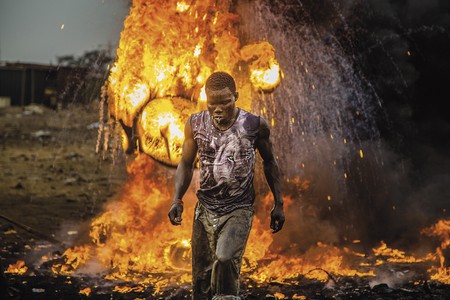 Gambling, Gods and LSD comes for the second time at CPH:DOX, so those who missed it back in 2003 now have the chance to watch one of the best experimental documentary films in the last 15 years, which has been compared to Koyaanisqatsi, Baraka, and Man with a Movie Camera. The director, Peter Mettler, takes a journey through culture, talks with a couple addicted to heroin and the Swiss scientist who discovered LSD, and aims to answer some of humanity’s biggest philosophical questions: transcendence, the denial of death, our relationship to nature, and the illusion of safety. 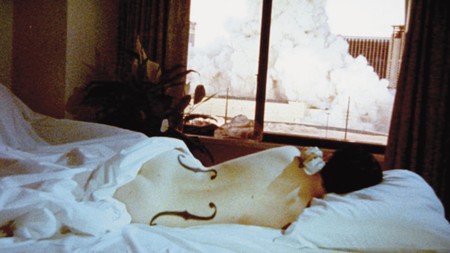 Journalists, economists, and speculators talk about the financial crisis that 10 years ago changed the world’s financial markets and affected the lives of millions of people. According to the interviewed specialists, Wall Street didn’t learn from its mistakes but now repeats them. Only this time, the target is China. The China Hustle presents some tough truths and facts about the world’s present and future as said from some of the people that pull the strings. 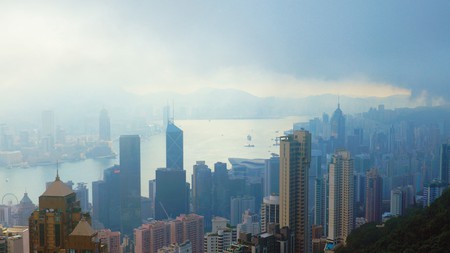 How are biodiversity, global justice, climate change, and international politics connected? With Syria, Lebanon, and Svalbard in the foreground, Jumana Manna aims to shed some light on how the hierarchies and relationships in ICARDA, an agriculture program involving the transaction of seeds, affect humanity’s present and future. 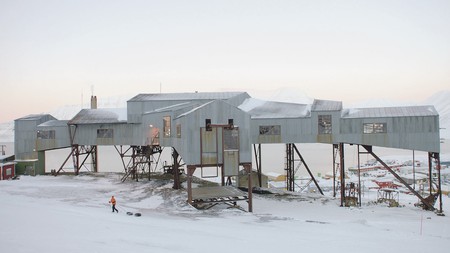 When the 89-year-old filmmaker Agnès Varda and the young photographer JR met they decided to use their love of capturing people’s portraits and set out for a round trip in France. The result is a sweet and a sensational documentary that celebrates life, creativity, and artistic expression. Faces Places has been praised by critics all over the world since its premiere in Cannes last summer. 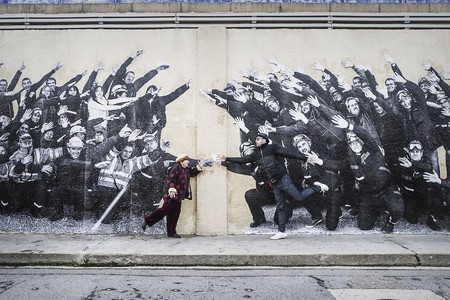 Back in the ’80s, Stuart Swezey, a music lover and member of the LA’s underground punk music scene, decided to organize a series of concerts in the middle of the Mojave desert, inviting his favorite bands to perform in a place where the police wouldn’t bother them. He didn’t have to try hard to persuade them and Desolation Center shows became the mecca for upcoming bands and the ’80s rebellious youth. Sonic Youth, Einstürzende Neubauten, Savage Republic, and Minutemen are only some of the bands that set their gear on the desert’s sands to perform in front of an ecstatic crowd, and luckily, they were all caught on camera. 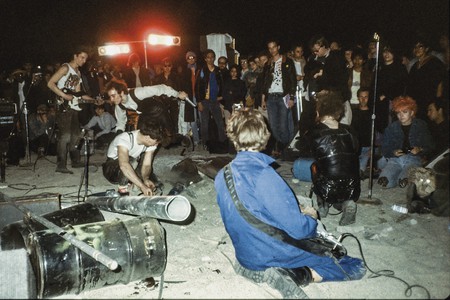 The French magnum photographer Raymond Depardon takes his camera into the wards of a French psychiatric clinic. When patients are in front of the judge explaining their medical condition, Depardon is there. When the judge announces his decision whether a patient should be hospitalized or not, the acclaimed photographer is also there, striving to show the emotions of both the participants and the judges through his lens. 12 Days offers an insight to a place that not many filmmakers have dared to step in and Depardon’s artistic photography create powerful emotions to viewers that aren’t afraid to look behind a psychiatric clinic’s closed doors. 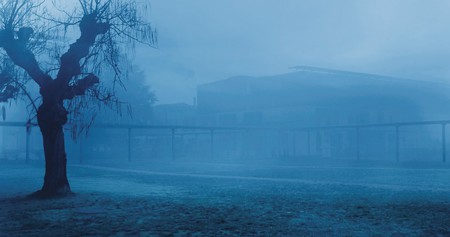 In the Name of your Daughter

Even though in Tanzania, genital mutilation is illegal, many girls’ families still want them to get circumcised. In the past few years many have raised their voice in order to stop a procedure that costs the life of hundreds of girls every year. In the Name of your Daughter presents the story of Rhobi Samwelly, a strong woman who tries to inform parents in Tanzania about the effects of genital mutilation and has founded the Safe House, where girls that run from their families can find shelter. 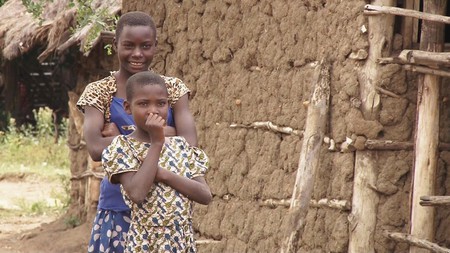 In the Name of your Daughter | © Giselle Portenier, Deborah Parks
Give us feedback