The Top 10 Things To Do And See In Pilsen 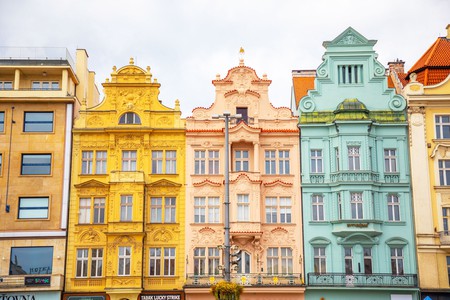 Pilsen is Czech Republic’s fourth largest city, most renowned for its Pilsner Urquell Brewery and for being the birthplace of the Škoda automobile company. There are plenty of things to do and see in Pilsen as its status as 2015 European Capital of Culture justly acknowledges. Here is a list of the ten best places to visit during your trip to Pilsen. 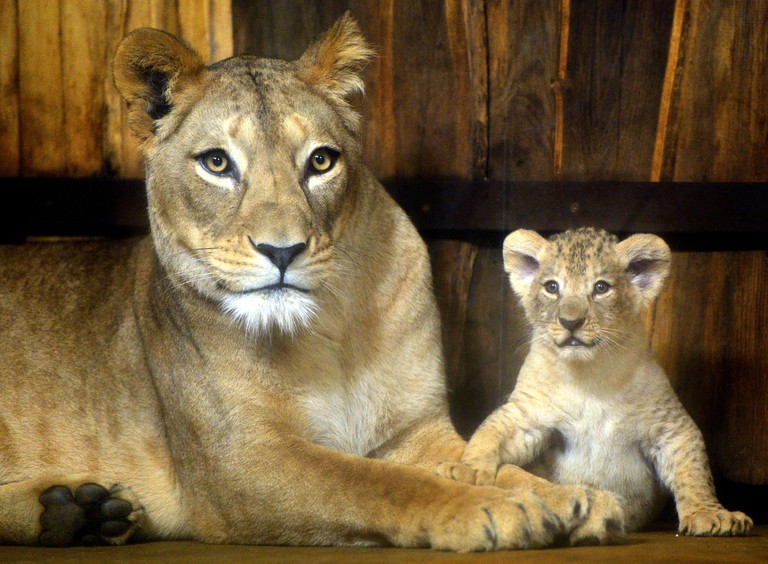 The botanical garden merges with the zoo in Pilsen, where the conditions of different bio-geographic regions of the world are simulated to ensure that the animals are living as closely as possible to their original habitat. So you can be sure as you walk around the park that the animals living together would have lived side by side in the wild and that they are surrounded by the plants to which they are naturally adapted. This is the second oldest zoo and one of the largest in the Czech Republic, and you can see such exotic animals as Palaearctic Berber lion, bobcats, Alaskan sheep and hippos. Kids will also love the Dino Park next door.

The Gothic Saint Bartholomew Cathedral with its distinctive steep spire was built sometime in the late 13th century. It became a cathedral in 1993 with the Pilsner diocese and its own bishop. It is situated in the center of the main square and for a small fee you can climb up the narrow steps to the top of the tower and admire the incredible bird’s eye view over the city. Don’t forget to walk around the square below, where you’ll find some ancient buildings and the intricately painted town hall dating back to the renaissance.

The Techmania Science Center provides a fun experience for the whole family. It features several interactive exhibitions explaining science in a simple, easy-to-remember way with hands-on experiments. If you are particularly interested in Space then come and watch the stars in the 3D Planetarium. There are also the ‘Science On a Sphere’ shows, which are spectacular projections on a two-meter tall globe showing the Earth’s transformations through time. Ever wanted to find out what happens to something you dropped in the ocean? Many mysteries will be revealed in the science center.

If you are hoping to experience some of Pilsen’s culture then check out the J.K. Tyl Theater‘s program. There are several local troupes of actors, dancers, Opera singers and musicians that regularly perform here. The impressive renaissance building, featuring a classic, rounded, red and gold theater and crystal chandelier, will make the experience even more magical. The talent of the performers will soon convince you that Pilsen’s status as European Capital of Culture is well earned. 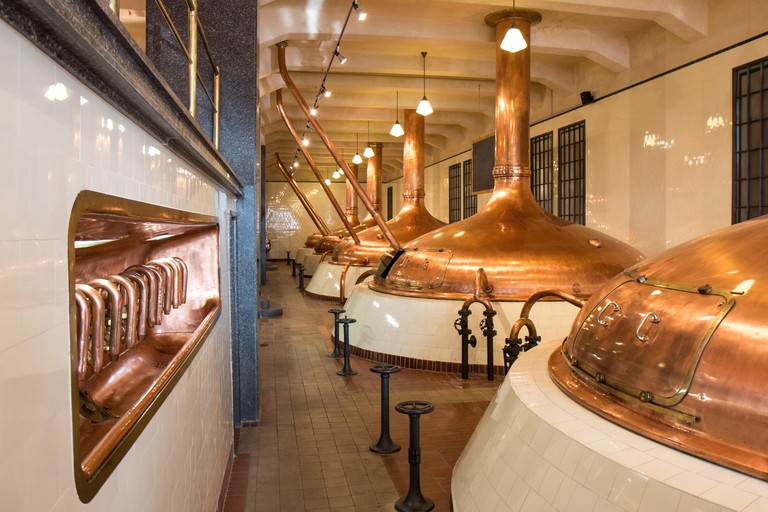 © dpa picture alliance / Alamy Stock Photo
Pilsen is famous for its brewery, which produces the delicious bottom-fermented pale lagers that are exported around the world. The brewery has been bringing joy to beer-lovers and students since it opened in 1839. They offer 11 different types of malt and wheat beer, with and without alcohol. They also organize fun tours around the old cellars and factory where you can learn more about how your favorite beer is made and taste some of their brews. You can sign up to learn how to ‘tap’ beer or try out the traditional brewing tasks. There’s also a great restaurant which serves Czech specialties. 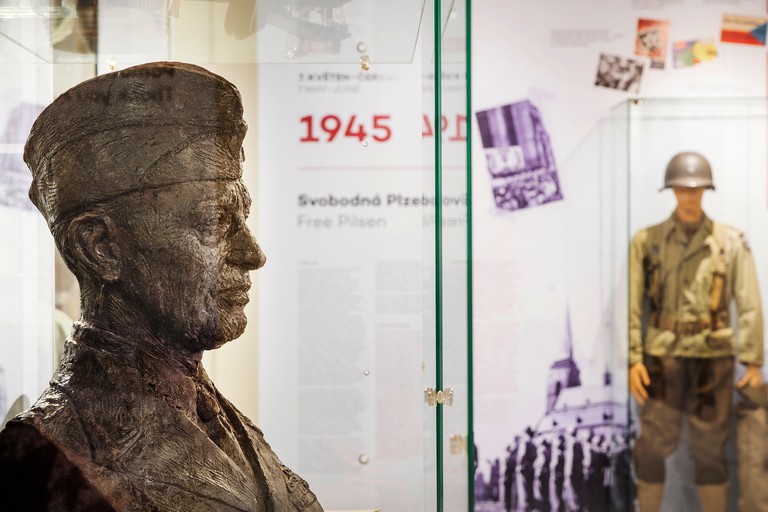 © CTK / Alamy Stock Photo
If you love history, especially the period around the second World War, come to the Patton Memorial Museum. The museum’s exhibition documents the last days before the liberation of Pilsen by the US Army, the aftermath with the post-war economic aid, and the later communist totalitarian regime. Part of the exhibition concentrates on George S. Patton, a controversial figure and commander in the army who largely contributed to ending the Nazi regime. The museum is small but packed with educative information, videos and objects from that era. 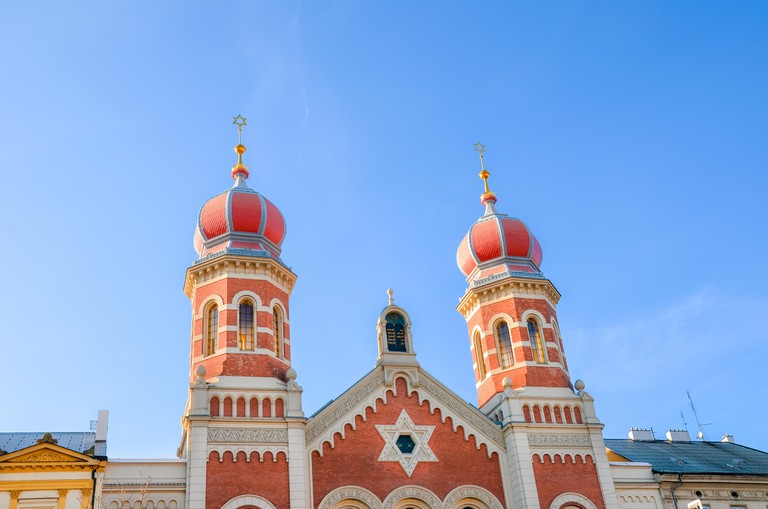 © Petr Pohudka / Alamy Stock Photo
This incredible synagogue is the second largest in Europe and you can spot its towers for miles around. Its architecture combines romantic, neo-renaissance, Oriental, Russian Orthodox and Arabic styles. The synagogue was used as a storage facility during World War II and was closed down during the communist rule. It was only restored and reopened in 1998. There are no longer many practicing Jews in Pilsen, so the synagogue is also used as a concert hall and as an exhibition hall for photography artwork.

The Puppet Museum, or Muzeum Loutek in Czech, is situated on the central square opposite the Saint Bartholomew Cathedral. The building is listed and dates back to the Middle Ages. The exhibition traces the history of puppetry in Pilsen and the vicinity from the end of the 19th century onward. It is well-presented and organised with fun videos, and each floor is dedicated to a different time period. You can even try handling the puppets yourself, and kids will love making up their own little shows.

This tour takes you through Pilsen’s secret underground labyrinth of passageways, cellars and wells. It stretches out for over nine kilometers under the oldest parts of the city. With the tour you can learn more about Pilsen’s underground and overground history since the early Middle Ages, as well as learning about the city’s history of beer brewing. This is a great activity if you wish to listen to fascinating local anecdotes or if you love exploring dark, secretive places. You are given a coupon for a free beer at the end of your tour. Don’t forget to take a jumper because the temperatures are low below ground.

All the gamers out there will be pleased to know that there are brilliant logic games in Pilsen. If you only speak English your best bet is the ‘Unlock the door’ escape game which can be played in either Czech or English. The point of the game is to escape from a locked room under an hour by solving and deciphering puzzles and riddles. This is a fun place to go with a group of friends and you won’t fall into a bottomless pit if you don’t finish under an hour, so don’t worry. The owners are friendly and might even give you some tips.