The Most Impressive Buildings in Prague 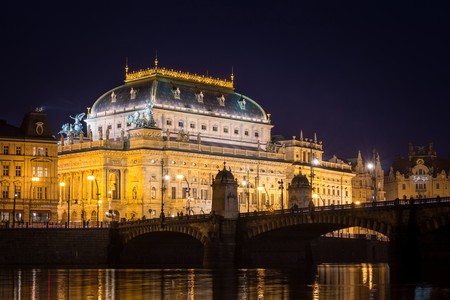 Prague is a dream for architecture lovers. Because the city wasn’t heavily damaged during World War II (while other major European cities were), much of the original baroque, gothic and Art Nouveau architecture remains intact, and as a result there are many impressive buildings around the city. Here’s our guide to the most beautiful buildings in the Czech Republic’s capital. 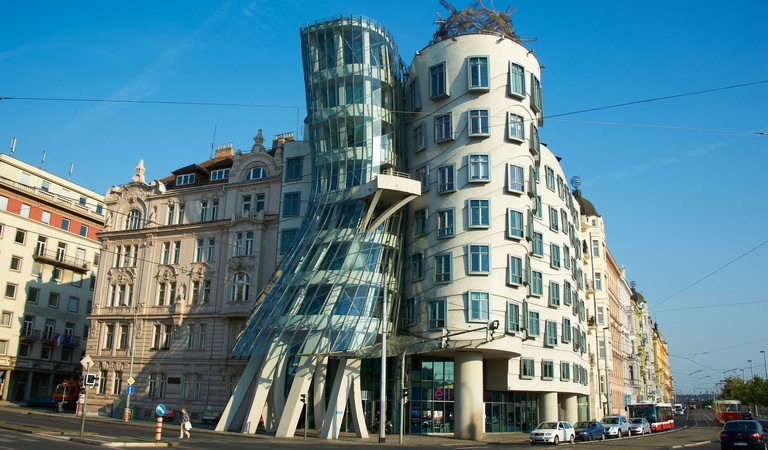 Dancing House, in Prague’s New Town, is a must-see | © Petr Bonek / Alamy Stock Photo
Book Now
Officially known as the Nationale-Nederlanden building, the Frank Gehry-designed Dancing House (or ‘Fred and Ginger’, after the famous dancers) was completed in 1996 and immediately became one of the most photographed buildings in the city. Designed in the deconstructivist or new-baroque style, the building consists of two towers (resembling two dancers). The ‘male tower’ is a cement tower that connects to an undulating section and is topped by a metal structure nicknamed Medusa, while the ‘female’ tower is made of glass and curved pillars. The building is used as offices and cannot be entered by the public—however, there is the Ginger & Fred restaurant on the top floor, with a magnificent view of the Vltava River below.
Open In Google Maps
1981, 6 Jiráskovo náměstí, Nové Město, Praha 2 Hlavní město Praha, 120 00, Czech Republic
+420605083611
Visit Website
Give us feedback

Book Now
The Žižkov Television Tower stands 216 meters tall and consists of a tubular center with ‘pods’ and decks where equipment and antennas are held. Designed in the structural expressionism style, the tower received much criticism at first as it was thought to resemble old Soviet structures. To counteract this, the tower was decorated with giant crawling babies by Czech artist David Černý. Although the sculptures were meant to be part of a temporary exhibit, they have become a permanent fixture of the tower. The tower is also illuminated at night.
Open In Google Maps
1 Mahlerovy sady, Žižkov, Praha 3 Hlavní město Praha, 130 00, Czech Republic
+420210320081
Visit Website
Give us feedback 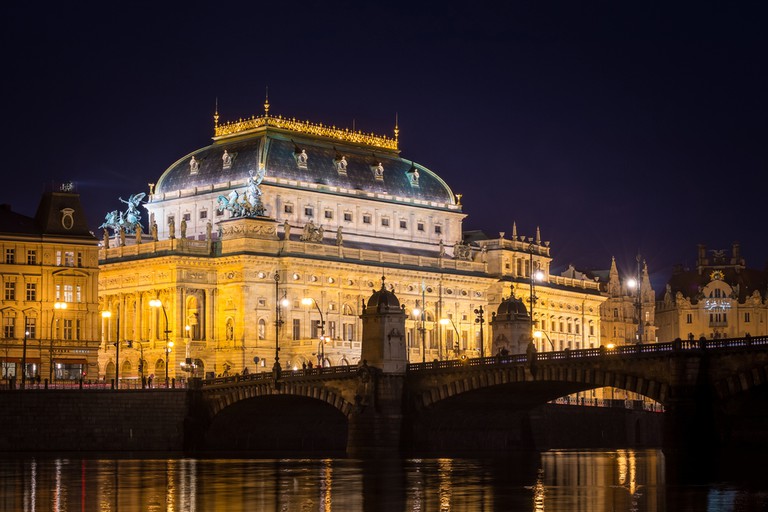 National Theater | © Vladimir Muller / Shutterstock
Book Now
In operation since June 1881, the National Theater is the prime theater stage in the Czech Republic and one of the most magnificent examples of neo-renaissance architecture in the country. Designed by a Czech architect who mixed classic Austrian plans with Italian details, the theater is as magnificent outside as it is indoors, where gold, Bohemian crystal and black marble take central stage.
Open In Google Maps
2 Národní, Nové Město, Praha 1 Hlavní město Praha, 110 00, Czech Republic
+420224901448
Visit Website
Give us feedback 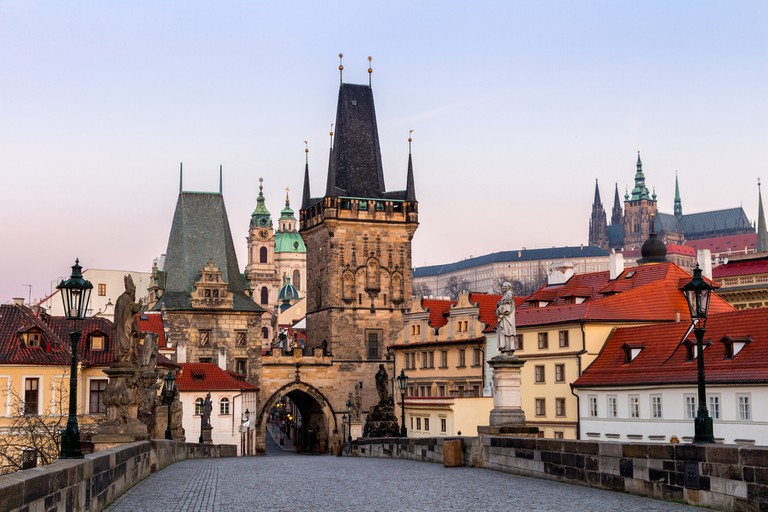 Old Town Tower | © DaLiu / Shuttertock
This gothic tower stands at one end of Charles Bridge, watching over the Old Town. Built in the 14th century, the tower was partly damaged during the battle with the Swedes in 1648. The tower is decorated with sections of old frescoes and a statue of Saint Vitus, the patron protector of the bridge.
Open In Google Maps
Praha 1 Hlavní město Praha, 110 00, Czech Republic
Give us feedback 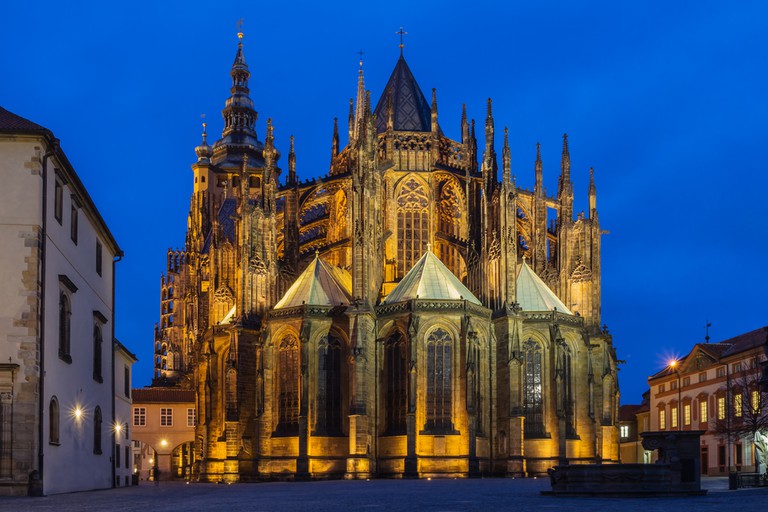 St. Vitus Cathedral | © krcil / Shutterstock
Book Now
The largest church in the country and one of the most impressive examples of gothic architecture, Saint Vitus Cathedral is located in the grounds of Prague Castle. The church was originally built in 1344, at which time it was one of the tallest buildings in the country. The church’s main tower stands at 96.5 meters and contains a main hall with a triple-naved room with adjacent chapels.
Open In Google Maps
48/2 III. nádvoří, Hradčany, Praha 1 Hlavní město Praha, 119 01, Czech Republic
+420224372434
Visit Website
Give us feedback
Give us feedback