In Prague, the Homeless are Now Giving Visitors City Tours 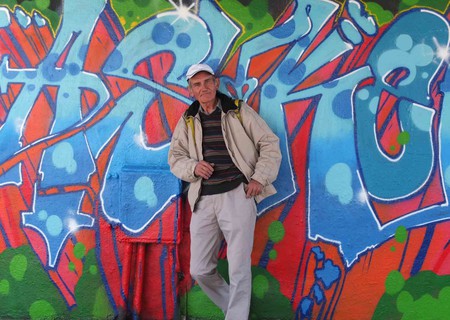 There’s a side of Prague that few visitors see. The gritty spaces under bridges, the anonymous faces sleeping in train stations, the men and women sitting on park benches carrying their entire lives in a backpack. These are Prague’s homeless. As a non-profit organisation, Pragulic organises city tours guided by the homeless, allowing you to discover another side to Prague.

A new city tour has been launched in Prague, aiming to show you a side of the city that very few people get to see. The tour guides are currently homeless and working to find a way out of their situation. With them as your guides you will get a chance to enter squatted buildings, discover less known landmarks, and see the hidden corners of the city that the homeless call home. 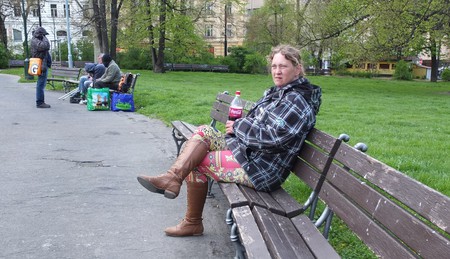 The tours are an allegory in many ways, a journey starts at a train or bus station and works its way though the city. In a way, these tours are a poignant reference to the life of the homeless that are part of Pragulic –their journey to change their lives, to earn money, to find their way back into mainstream society. Pragulic’s tour guides are paid for their work, but they also are given a chance to do something meaningful without being rejected or discriminated against.

The tours are mostly focused on the guides themselves and what life is like for Prague’s homeless. As the tour guides will tell you, many of the over 4000 homeless living in Prague ended up that way because of issues with drugs, alcohol or gambling. However, many became homeless after running away from home, losing their jobs or going through personal tragedies. You’ll hear their personal stories as you walk through the city. 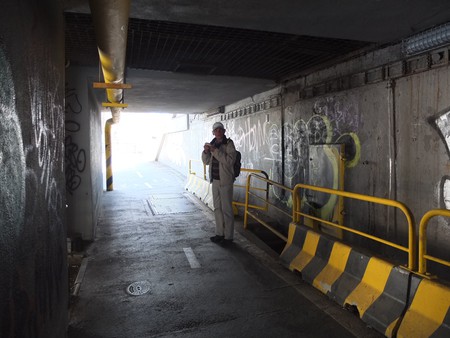 Because the tours are so connected to the life of the tour guide, they all offer a very different experience. For example, tour guide Vaclav used to be wealthy but lost everything and now lives under the Hlavka bridge with his dog. He knows very well what it’s like to fall between the cracks of society and not be able to find your place again. Tour guide Helca (who is originally from Slovakia) can tell you about the local drug scene and the role prostitution plays in the city.

The tours are educational and fun, but they are also eye opening. You’ll walk away seeing the homeless in a completely different light, as people who stumbled along the way and weren’t able to get up and keep going the “regular” way. 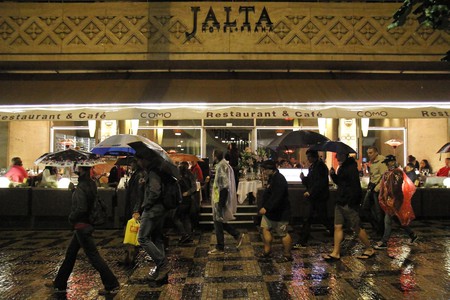 The tours don't stop because of rain / | ©Michal Cetkovsky - Pragulic

While Pragulic’s tours might have an underlying tone of sadness running through them, they are also inspiring. Some of the guides are walking away from a life of drugs and alcoholism and now stand on their own two feet, willing to show others that it can be done. Others, like tour guide Zuzka, spend their time helping homeless youth and cooking for other homeless people through a program called “Cooks Without Home.”

Pragulic’s tours offer a chance to hear unique details about the city’s history and architecture, but it’s the people leading the tours that you will remember long after the walk is over.