9 Reasons Why You Should Visit Prague in Winter 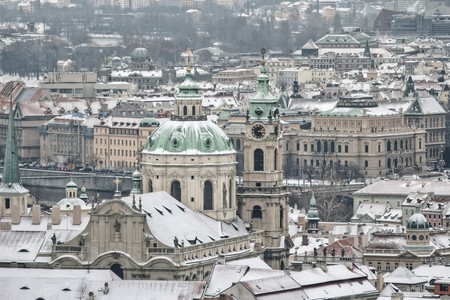 Prague in winter I © Brad Hammonds/Flickr

Thinking about braving Prague‘s colder days? While the Czech Republic‘s capital city has much to offer year-round, including striking architecture, the largest ancient castle in the world, and delicious regional cuisine, in winter the city takes on an almost magical aspect as temperatures drop and the frosts set in. Take a look at our list of reasons why this chilliest of seasons is a great time to book your ticket.

The snow-covered architecture belongs in a fairy tale

Prague is famous for its historical buildings covered in red roof tiles – in winter, the red peeking out from under the blanket of snow is particularly enchanting. For the best winter views of the city, try the Prague Castle viewpoint or head to the Letná Beer Garden. There’s no outdoor beer drinking in winter, but you can still access the area for a great open view over the Vltava River. If you can brave the windy cold, the Petřín Lookout Tower also offer magnificent views after a snowstorm.

The crowds are smaller

Winter is low season in Prague (except for the time around Christmas), which means fewer tourists. Photos opportunities are far better when you can have Charles Bridge and the grounds of Prague Castle mostly to yourself. Lines to enter the castle or to access popular attractions are also much shorter in winter, and you don’t have to wait as long to get a table at popular restaurants such as Bellevue. 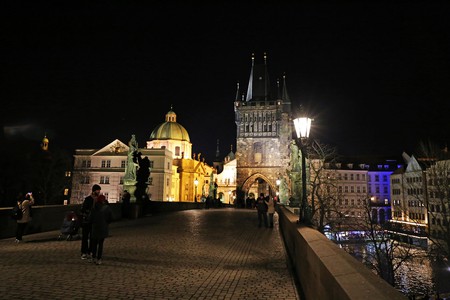 Winter is the perfect time to try Czech food

Czech cuisine is better suited for winter than for the summer months – dishes tend to be heavy on meat and stews, while most traditional meals start with a warming soup. Potatoes are often served with gravy or pork fat, and dumplings are a common side dish. Winter is a great time to try the popular zelňačka (cabbage soup) or guláš, a heavy stew made with meats and onion.

Apart from the period between Christmas and New Year when places to stay are more expensive, in winter accommodation in the city tends to be cheap. Expect to pay about half the price of high season if you visit from November to February.

Old Town is a winter wonderland

There’s no better time to explore Old Town than winter. The Tyn church is lit up, the streets are draped in Christmas lights and the 14th century Old Town Hall and astronomical clock take on an eerie look as the winter nights roll in.

Svařák or mulled wine is a popular tradition in the Czech Republic during the fall and winter months. In Prague, mulled wine is sold everywhere, from farmer’s markets (which continue to operate throughout the colder months) through to fairs to Christmas markets. Served as hot as coffee and made with cloves, nutmeg, cinnamon among other spices, it’s a popular on-the-go drink when exploring Prague’s winter markets.

Prague’s Christmas markets are some of the best in Europe – just a short stroll through even one of them will show you why. The largest market takes place in the Old Town Square, alongside another large market located just minutes away, on Wenceslas Square. Here, visitors can find wooden toys, arts and crafts, handmade soaps and all kinds of Christmas gifts for loved ones back home. There are also smaller Christmas markets on Kapa Island, outside the Palladium shopping center and in front of the castle. 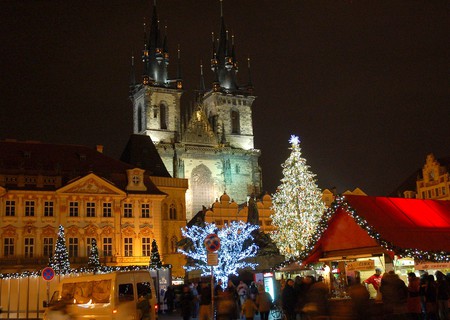 There are fewer stag parties

Prague is a popular destination for stag (bachelor) parties. In summer, groups from all over Europe – especially Germany and England -come over to the city to drink, party and be merry. The numbers are smaller in winter and your windows will be closed, so you have a better chance to enjoy the magic of Prague in a calmer setting.

The fog lends an air of mystery

There are few things more magical than seeing Gothic architecture enveloped in a gentle blanket of fog, and the weather is at most atmospheric in winter. An early morning or late night walk on Charles Bridge or the cobblestone streets of the city becomes quite an experience when the fog is out.