These Words Can’t Be Translated Into English 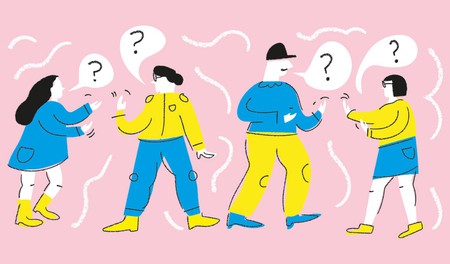 As our primary means of expressing ourselves to the people around us, language can have a deep impact on how we interact with the world and even sometimes on how we think. These 17 words from around the world don’t share an English equivalent, and exhibit just a tiny sample of the amazing nuances that language can posses.

Imagine having a phone that charges by the minute. Or maybe having low phone credit, or justing want to make the other person pay to talk to you instead of vice versa. Calling them and then hanging up after one ring so that they’ll call you back is an action which, in Czech, is known as prozvonit.

Imagine intensely enjoying some perfect moment, while knowing that the moment is already fading away into the past. This causes a bittersweet feeling – bitter because it will soon be gone, sweet because it’s happening to begin with – and the Japanese refer to this as aware.

You’re sitting outside, the sun is shining, you’ve got a beer in your hand. For many, this is pretty close to an ideal way to spend time. The Norwegians apparently like it so much that they have a word, utepils, to describe this exact activity.

Do you really need extra towels and a hotel room facing away from the street? Everyone knows a person who always holds things up by asking for more than is normal and making everything much more complicated than is necessary. If you’re German, you call this person an extrawunsch.

The Russians are known as a particularly melancholy people, and one of their famously untranslatable words certainly doesn’t help with that. Toska is a Russian word meaning, according to Vladimir Nabokov, ‘a sensation of great spiritual anguish,’ lacking any cause. If you’re feeling less dramatic, it can also mean simply ennui or boredom.

You’re about to take a big trip, so you buy a couple of guidebooks or comb through Culture Trip to decide what to do once you get to your destination. The enjoyment you’re feeling at that moment is voorpret, which is fun you have just by anticipating an event.

Tartle is yet more proof that Scottish is an entirely different language from English. It describes an uncomfortable act that everyone has had to perform at some time or other. You’re at a party talking to an acquaintance whose name you happen to have forgotten – and then you need to introduce them to someone else, so you hesitate. In Scotland, you have just tartled.

Everyone has that friend who is constantly telling jokes, whether they’re good or not. Most will earn a smile, some a laugh, and then some are told so badly and are so absolutely un-funny that you can’t help but burst out laughing. In Indonesian, they call those jokes jayus.

This word is testament to the breadth of meaning that a single word can encompass. An Ilunga is a person who is happy to forgive and forget a first transgression and then tolerate the second, but who will neither forgive nor tolerate a third. When you think about it, it’s probably a concept that’s more commonly applicable than it might seem.

This expression of love in Arabic, translating directly to ‘you bury me,’ is one that would would apply to very few people in your life. Ya’aburnee expresses the hope that you will die and be buried first, because you would find it too difficult to live without him or her.

Swiss French speakers must have a thing for physical comedy, because s’encoubler is an action that could come straight out of a cartoon chase scene. It describes a fall, but a specific one – falling down because you have become tangled in something, like a wire or a cable. Let’s just hope it doesn’t happen while you’re giving a presentation in front of a big group.

You’ve been wandering around Rome, and you come across the perfect place for dinner. The menu is so impressive that you can’t help ordering starters, main courses, and desserts. When the meal ends and you finally leave, you’re overcome with abbiocco – the drowsiness after having eaten a big meal.

There are certain rules of society that dictate that people don’t talk about certain things. In Kivila, a language spoken in Papua New Guinea, mokita is a word for a truth that everyone knows but implicitly agrees not to talk about.

Nostalgia is a common feeling, as we all feel a sense of longing for happy times past. You also might feel hiraeth, although you would never admit to it, because it is a sense of nostalgia for a romanticized version of the past that never actually existed.

Latvian public transport systems must not run enough buses. Everyone know what it’s like to get on a metro at rush hour, only to be pushed up against everyone else who’s doing the same thing at the same time. In Latvia, kaapshljmurslis is the feeling of being cramped on public transportation.

In Finland, a country of five million people and three million saunas, it makes sense that they would have a unique set of vocabulary for this favorite national pastime. Löyly, in a literal sense, is the steam that rises from the sauna heater when water is thrown on it, and it engulfs the room; on a deeper level, it is actually the soul of the sauna. Next time you’re in a sauna, remember that it has a soul, and that the Finns have a word for that.