10 Contemporary Czech Designers You Should Know

For a country of only about 10 million inhabitants, the Czech Republic sure has a burgeoning design scene. Whether looking to redecorate a house, expand a wardrobe, or propose to a significant other, everyone will find something in the exciting designs of the artists listed below. 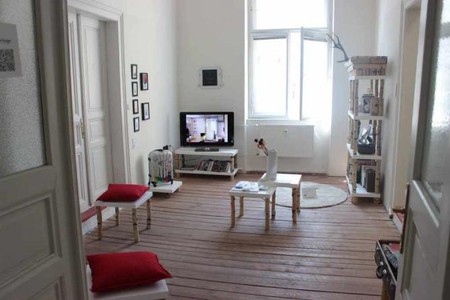 An exhibition of Bohemian Design’s work | Courtesy of Bohemia Design

Begun as a furniture and interior design firm by Czech designer Martin Kunc in 2013, Bohemian Design has since expanded to include graphic design by Spanish designer Bélen Benegasi. The furniture is a fascinating mix of the familiar and the new, put together in pieces that have to be seen twice to really appreciate. One line of furniture, for example, uses Ikea pieces but adds superior materials (like birch branches for table legs) to improve both the quality and the appearance. Another collection, London Snow, creates an urban sort of whimsy by making items like a Coca-Cola can into a chair or a London phone box into a wardrobe. 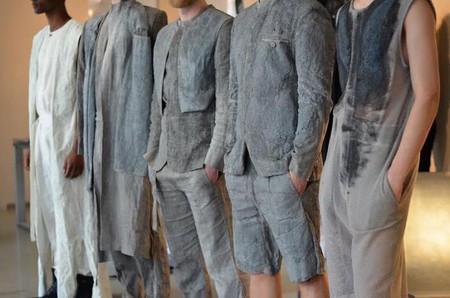 You’ve probably never thought of cement as a substance that could go on clothes, have you? Mirka Horka has. She has created an entire line of (fully washable!) clothes accented with cement, which gives them a grounded feel and offers a totally new perspective on the level of art in clothing design. Her designs include variations on the color gray, creatively layered and anything but dull. When her clothes do include color, it’s always bright and strong — these are truly standout pieces. Mirka Horka is not a designer for people who want to disappear into the background.

Janja Prokić, born in Serbia but a resident of the Czech Republic since childhood, has often been touted as one of the young leaders in the field of Czech jewelry design. Her work is full of natural motifs, which offers her numerous sources of inspiration. A collection might be based on shamanism, yogic chakras, numerology or ancient mythology. Her pieces remind customers that the greatest source of spirituality is, after all, nature itself. Each collection comes with a story, and anyone can step into the lives of the heroines upon donning one of Prokić’s gorgeous pieces.

Petra Ptackova’s work embodies magical realism and she is recognized as one of the Czech Republic’s ’30 under 30′. Although the clothes she designs are for the body, they are true pieces of art, combining colors and textures in previously unimaginable and exhilarating ways. The stories behind her collection are adventurous, the overarching principle behind all of her work — by enjoying her work in whatever way you see fit, you’re joining the adventure. 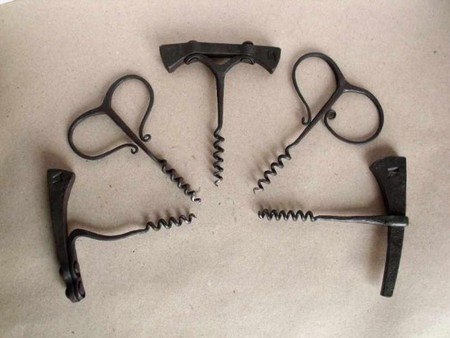 There aren’t many metal smiths these days, but that’s exactly what Anton Vadovič, the man behind Echtkovar, is. He calls his work ‘artistic metalwork,’ and his collections range from art for art’s sake to household items to delicately crafted jewelry. It is surprising that the rings and necklaces included in his collection are created by the same person as the knives are, but Vadovič’s talent stretches far. Perhaps most useful is his playful collection of corkscrews, all with different elegant tops that will bring you joy every time you use one to open up a bottle of your favorite merlot.

Hana Polívková is another designer whose range of talent surely bewilders some people. Her jewelry has all sorts of inspirations, from the twisted rope in intricate metal form of her twisted rings collection to the sharp edges and the hard angles of buildings in her architecture ring collection. Her pieces are simple, wearable and meant to be treasured and enjoyed by their owners. They are sculptures as much as they are pieces of jewelry. You’ll never be at loss for a talking point when you put on something that Hana Polívková has created.

The Czech people have always had a very close relationship to nature. They love leaving the cities and retreating to the forests that cover much of their country, so it’s not surprising that they would be heavily concerned with sustainable living. Kartoons is a great example of how this focus can influence design. It’s a completely sustainable line of furniture and decoration, all made from recycled cardboard. You may think of cardboard as the box that your pizza comes in, but Kartoons turns it into so much more: clocks, wine holders and bedside tables, for example — all with clean lines and crisp design. 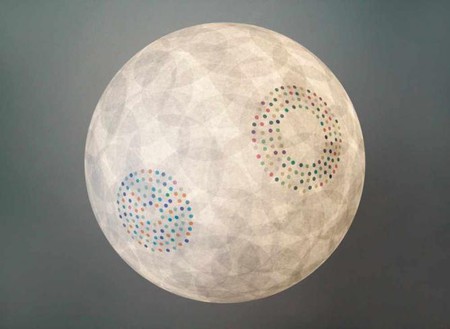 A Lumira lampshade | Courtesy of Lumira

Most people don’t spend a lot of time thinking about the source of light we’re using at a given moment. Owning a piece from Lumira will change that immediately. Lumira’s lamps, called ‘planets,’ are orbs that seem to float, gently illuminating the surroundings. Using a sphere made of overlapping circles (or rectangles, or triangles, depending on the lamp) as a beginning, the lamps are decorated with geometric shapes and colors that spread out gracefully. These lamps are definitely more than just useful household objects — they are pieces of art.

Porcelain is thought of as a fragile material, something to be handled with the utmost care. Nela Porcelán’s creations take that to another level; although they carry the weight of porcelain, they somehow seem weightless, as though they were about to float away. They are all hand-made, and the quality of the workmanship is evident in the final product. One particularly fascinating collection is cubist-inspired; as Picasso was developing the style in painting, a number of Czech architects were creating unique, cubist buildings. The pieces in this collection take up that mantle, a century after its inception.

Michal Kadaník is the official Czech lord of the rings; his designs are truly in a class of their own. He divides them into several categories: wedding rings, electric jewelry (rings with embedded lights), commercial jewelry and artistic rings. The most exciting pieces are to be found in the artistic category. His From the Depth collection, inspired by undersea creatures and formations, is especially entrancing because of the masterful way in which he has recreated forms such as coral out of metal and stone.