The Best Things to See and Do in Limassol, Cyprus 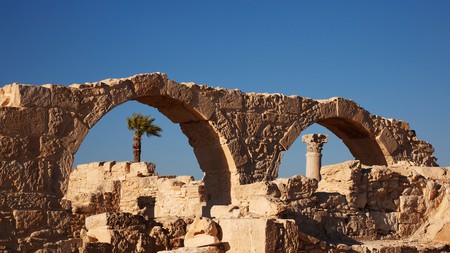 The city of Limassol bridges the gap between the lively nightlife of Ayia Napa and quieter Paphos. Expect sandy beaches such as Pissouri; archaeological highlights at Kourion; and the quirky Cyprus Motor Museum – all on the south coast of Cyprus.

Limassol is one of the more underrated cities in Cyprus, but those in the know head here for a dose of beautiful beaches, ancient history and traditional food. As well as being a haven for sun seekers, there’s plenty of vibrant bars to keep partygoers happy, plus child-friendly activities – the water park offers a gloriously fun day out, as does the seafront zoo. Here are our recommendations of what to do in Limassol. 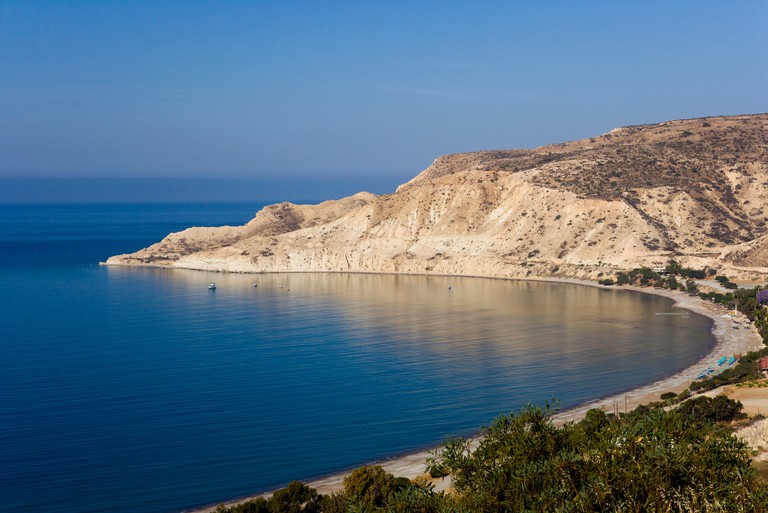 Pissouri Beach is the perfect spot for sunbathing and swimming | © imageBROKER / Alamy Stock Photo
For those looking for a postcard-perfect beach, it has to be the white sand and pebbly strip of Pissouri. At the edge of the quaint Pissouri village, it has teal waters bookended by rocky cliffs that act as a wind barrier, meaning you’ll find calm waters here, primed for swimming. When you’re all sunbathed out, the village has a slew of charming tavernas, coffee shops, chapels and a gothic church to explore.

Marvel at vintage automobiles inside the Cyprus Motor Museum

Petrolheads will delight at the selection of cars at the Cyprus Historic and Classic Motor Museum. Open seven days a week, it’s the only dedicated motor museum in Cyprus and was founded by former rally racer Dimi Mavropoulos. Here, you’ll find everything from antique to classic, vintage and agricultural cars – and you can speak to the team about renting one of the cars for a special event too. 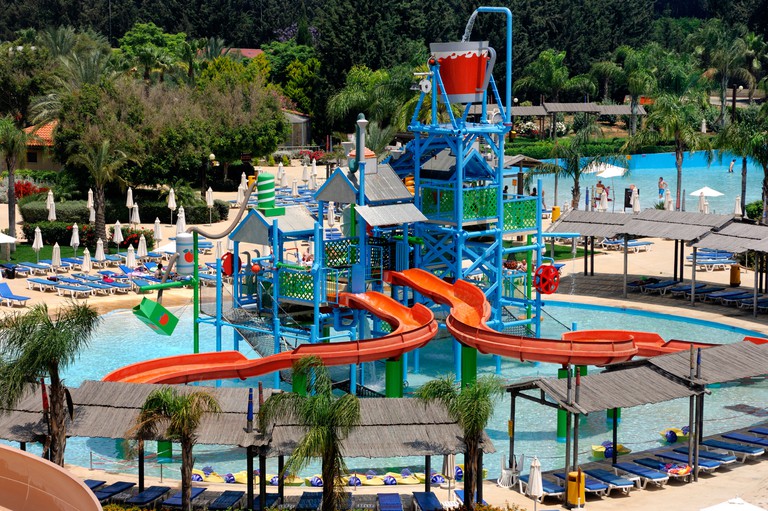 Fasouri Watermania promises a fun-filled day of water activities | © Oleksiy Maksymenko / Alamy Stock Photo
Book Now
This is must-do if you’re travelling with kids (or if you want to ignite your inner child). As well as being the biggest water park on the island, Fasouri Watermania is also credited with being one of the top water parks in the world. A visit here is a whole-day event, with baby bungee swings, lazy rivers, extreme black holes, a Tarzan swing and multiple splash pools to explore.

Zoo
Facebook
Email
Twitter
Pinterest
Copy link
Share
Map View
One of the biggest zoos in Europe, Limassol Zoo sits on a prime patch of beachfront and hosts a varied array of mostly smaller animals. There are monkeys, birds, hippos and even flamingos – the latter best viewed from the large windows while having a coffee at the cafe. The zoo also hosts lectures and guided tours, plus there’s an educational centre, so you can learn more about the resident animals.

Tuck into seafood at Limassol Marina 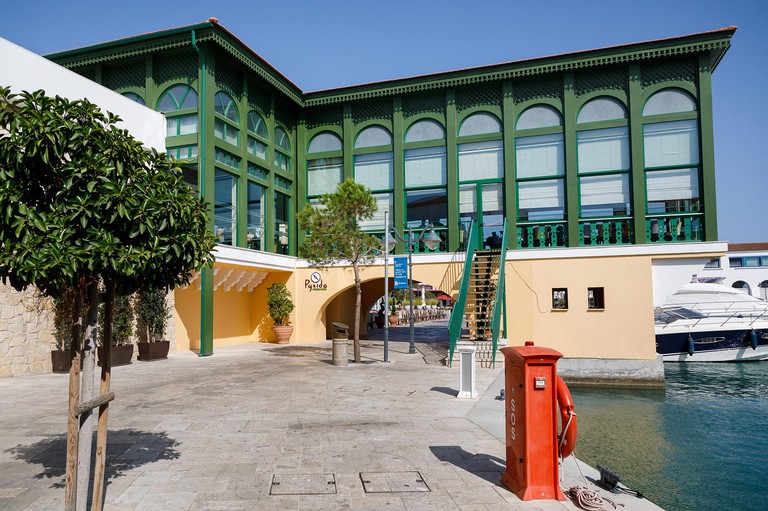 Limassol Marina has plenty of places to eat and drink, including Pyxida restaurant | © Tronin Konstantin / Alamy Stock Photo
After strolling by the upmarket properties of Limassol Marina, be sure to sample the area’s foodie delights. We recommend Pyxida, a fish tavern serving fresh, local seafood – or Tavernaki for traditional Cypriot cuisine. If you’re visiting near sunset, there’s no better place to watch the sky turn pink than from the Marina Roof Bar with a cocktail in hand.

Explore the archaeological past of Cyprus at Kourion

Perched on a hilltop with views over the brilliant blue sea, the archaeological remains of Kourion detail the ancient city that once stood there. A must-see for history buffs, the Greco-Roman theatre in the city centre dates back to the second century BCE. It has been restored so it’s now used for open-air musical and theatre performances during the summer months. 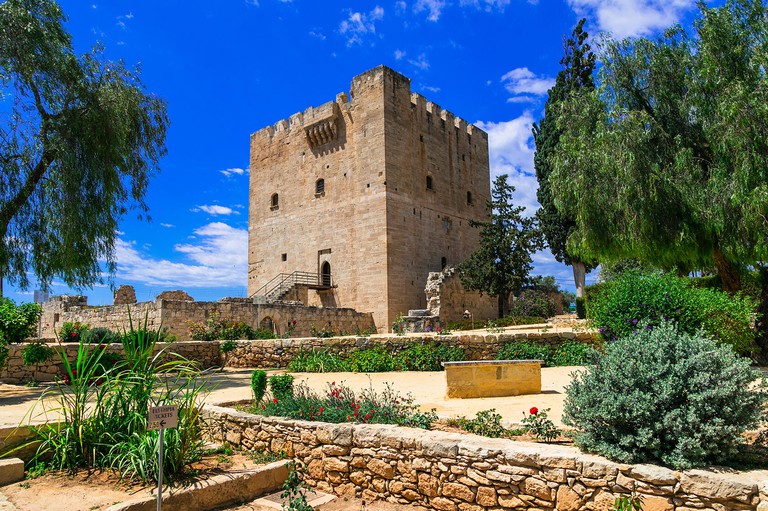 Impressive medieval Kolossi Castle is a must-visit for history buffs | © freeartist / Alamy Stock Photo
What does England’s king Richard the Lionheart have to do with this Cypriot castle? The former royal conquered Cyprus in 1191CE and married Spanish princess Berengaria of Navarre at the nearby Limassol Castle. He toasted his wedding with wine made in Kolossi called Commandaria, said to be the oldest continually produced wine in the world. You can still drink this sweet dessert wine today. The castle, now a ruin, still bears the coats of arms of its former owners on its walls, and is an essential visit for anyone with a keen interest in history.

Historical Landmark
Facebook
Email
Twitter
Pinterest
Copy link
Share
Map View
Limassol Castle resides in the heart of the city, overlooking the harbour. Peek inside and you’ll find a museum detailing the history of the medieval fortress – from its origins as a fourth-century Christian basilica to an Ottoman fort with prison cells beneath. Wander the maze-like corridors and enjoy the view over the crystalline Mediterranean sea from the rooftop. Signs are written in English, as well as Greek, and there are plenty of cafes outside for a drink afterwards. 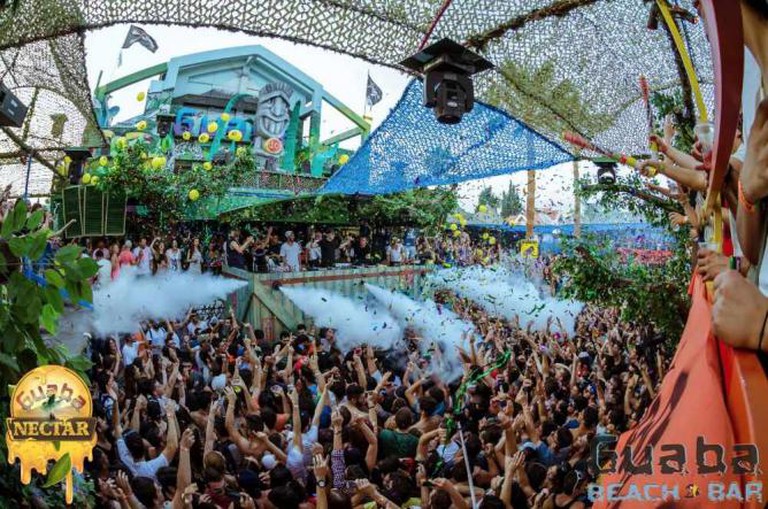 Guaba Beach Bar | Courtesy of Guaba Beach Bar
Looking for a wild beach party? Head to Guaba Beach Bar. When it first opened in the 1990s, it was a humble beach bar, but it has since been transformed into one of the best clubs in Europe. Grab a mojito on the sands before joining hundreds of fellow revellers in the canopied balcony for live DJ sets from international artists. Think pumping techno beats and big crowds. Fuel your evening with a couple of Guaba Nectar shots from the bar.