Why Croatia’s Rural Destinations Should Top Your Travel Bucket List 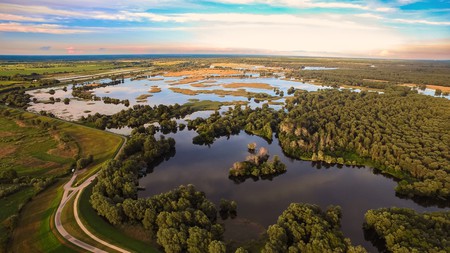 It’s hard to get to know a place when you spend your time nibbling the (granted) delicious edges. If you want to understand and enjoy the depth of culture in Croatia, head away from the hotspots to enjoy lively little towns and the people who inhabit them.

It’s tough to get away from the Croatian coast. With boats and beaches done so well in this evermore popular European getaway, it’s understandably tempting to never move more than a few steps inland. But if you can tear yourself from these popular holiday spots, you’ll find just as much to treasure in the little towns and villages dotted across the country. If you’re into nature, great food, adrenaline sports, pretty harbours, medieval architecture, authentic experiences and welcoming people, step away from the sand and get exploring. Here are five towns to whet your appetite. 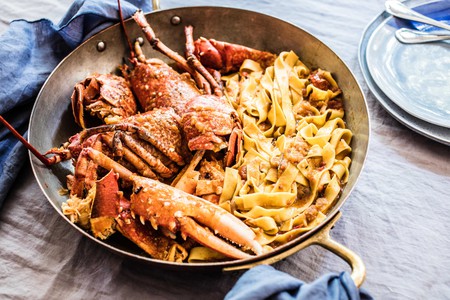 Ah, the village of storks. You won’t find much online about this little locale in Lonjsko Polje Nature Park unless you spend time on stork forums or related websites. Birders have had this lakeside idyll – which sits in the largest wetland area in Croatia – largely to themselves since, and indeed before, it was given the accolade as the first village of storks in Europe in the 1990s (yes, it’s a real award). But it’s only a matter of time before trailblazing tourists check out the twitchers’ territory. Yes, you should enjoy the black and white birds nesting on roofs and chimneys, but also explore the meadows, pastures, ponds and pools that pepper the surrounding areas, packed with interesting frogs, snails, snakes, insects and fish. Traditionally built wooden houses dominate the main street of the village, although there aren’t that many as the storks outnumber people two to one. 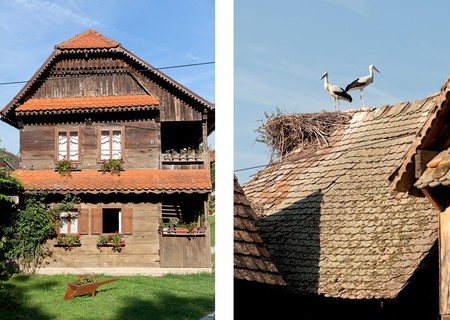 Why Rastoke isn’t overrun by tourists is a mystery. But a happy mystery as that means it maintains an unusual double act of being a peaceful haven with traditional charm, as well as a playground for adrenaline aficionados. It sits halfway between the capital, Zagreb, and the Dalmatian coast, so it’s a great stopping point when travelling across the country. Time spent here is as close to stopping the clock for a while as it’s possible to get. A 15th-century castle dominates the town, but the most enchanting element is the wood shingle houses dotted alongside the Slunjcica and Korana rivers, with little bridges crisscrossing travertine falls. Check out the two preserved mills (22 were in action once upon a time), and eat traditionally made bread at Pod Rastockim Krovom. 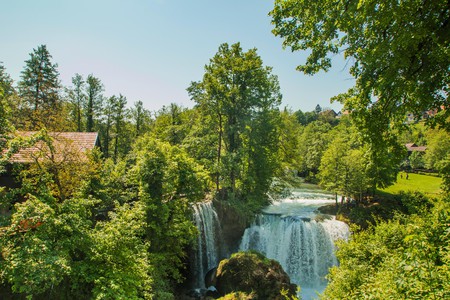 Authenticity is the name of the game in this traditional village in the Baranja region, where a few hundred people live in a fashion not unlike that of their ancestors. If you are a fan of hustle, or indeed bustle, this ethno village is not the place for you. Expect to stay in rooms that are simple yet charming and to eat locally sourced food in animated pubs accompanied by live music. For the true ethno-gastronomic experience, head to Baranjska Kuca, where traditional dishes, created using local ingredients, are cooked from start to finish on an open fire or in a clay oven. You can also expect Pannonian houses, three pretty churches and a cherry tree avenue. This is a popular stop for cyclists but also a great base for a couple of days exploring Kopacki Rit Nature Park, the Ilok wine road and the castle of Eugene Savojski in Bilje. 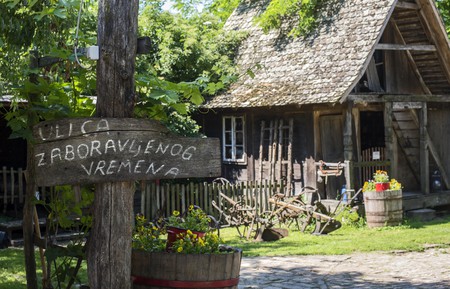 If you spent your childhood dreaming of hanging out in a fairytale and never quite got over it, the Zagorje region is your chance to, finally, make it happen. Little villages, forest-clad hills, cornfields and castles pepper the area – and all within easy reach of Zagreb. As you drive (a car is a must for exploring the area properly) around the region you will also find thermal springs in which you can bathe, wine routes to follow, hearty traditional food served in quaint and friendly surrounds, and some truly fascinating spots such as the excavation site of a 100,000-year-old Neanderthal man in caves near the town of Krapina. And if archaeological discoveries are your thing, don’t leave without visiting the excellent Krapina Neanderthal Museum, which is located just a bone’s throw from the excavation site. The region is also known for beautiful churches such as the baroque Church of the Virgin Mary of Jerusalem in Krapina, which is filled with frescos and ornate altars and is well worth the walk up a hill to reach it. 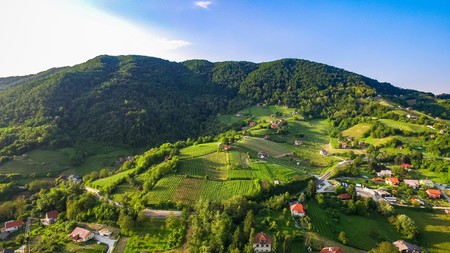 It’s difficult to stop repeating the word charming when talking about the villages of Croatia, but we’re going to have to say it again. Charming. Motovun is a visual representation of the word. This little walled town with a population of less than 1,000 sits on a small hill in the middle of the countryside of Istria. Walk straight to the top when you get there to enjoy the 17th-century church, 13th-century bell tower and eternal views. If the bell tower is a little modern for your taste, walk the town walls, some of which date to the 11th century.

To fully appreciate the landscape, head to any of the many food-with-a-view favourites, or choose from the revered eateries in town for traditional Istrian fare. If you can, time your trip to coincide with the Motovun Film Festival in July for jolly open-air night-time screenings. 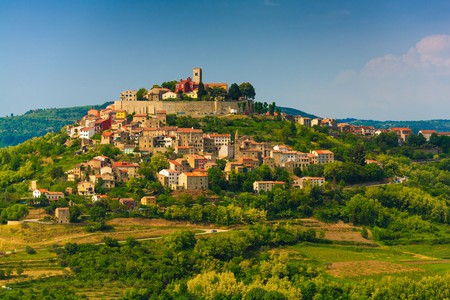