What Does the Croatian Flag Symbolise? 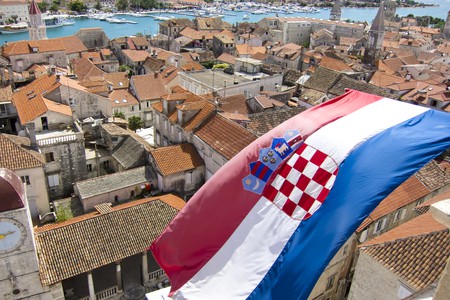 National flags can be points of pride and of contention at the best of times, but few flags on the planet have as storied a past as the flag of Croatia. It may look similar to many other flags in the region, but there is more to it than meets the eye.

The Croatian flag is seemingly ubiquitous throughout the country. From Đakovo to Dubrovnik via Zagreb and Zadar, the Trobojnica (“tricolour”) and national coat of arms flutter proudly through the streets. What is the story behind this Balkan banner?

The national flag of Croatia has many similarities to other flags in the region. Croatia is one of five predominantly Slavic nations to have a flag that features three equal-sized horizontal stripes coloured red, white and blue (along with Serbia, Slovenia, Slovakia and Russia). The Croatian coat of arms is found in the centre of the flag.

That coat of arms is among the most distinctive in Europe. The five smaller shields on top of the main shield represent the five historical regions of Croatia, and the chequerboard design of the main shield is almost as famous as the nation itself. Known informally in Croatian as the šahovnica (literally “chessboard”), it is the red and white checks that define the flag and inspire so much passion (both positive and negative) throughout the region. 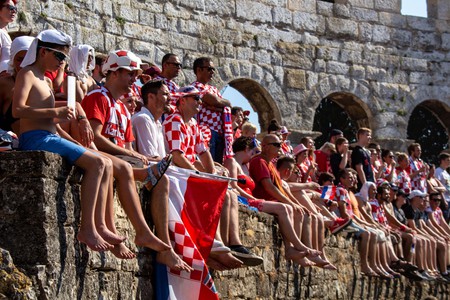 Croatia adopted the tricolour design in 1848, as the minority nations of the Habsburg Empire entered a period of cultural and national establishment. The šahovnica goes way back, however, first being officially associated with Croatia in 1495. However, the symbol is believed to have been used informally since the 10th century. The chequerboard was subsequently used on the first flag of the Kingdom of Serbs, Croats and Slovenes following World War I, the state that became the Kingdom of Yugoslavia in 1929. 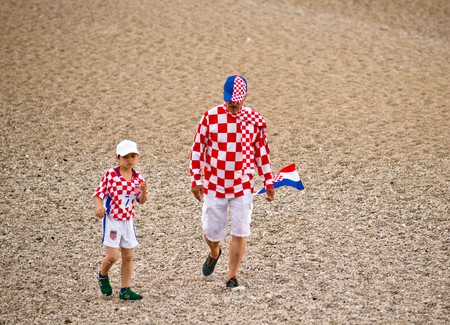 Yugoslavia was ripped apart in every direction by the brutality of World War II. A Nazi puppet state called the Independent State of Croatia was established and the clerical fascist government ran riot throughout the region, setting up death camps and attempting to exterminate the Serbs, Roma and Jews in Croatia and the territories it occupied. All of this was done with the šahovnica flying high, with the Ustaše (Croatian fascist organisation) symbol above the checks. For a generation of non-Croats in the area, it is this period that has come to be symbolised by the red and white checks of Croatia.

There is more to the Croatian coat of arms than the šahovnica, of course. The five smaller shields that crown it represent the five historical regions of Croatia, and all have their own stories to tell. The six-pointed star over a silver crescent moon on a blue shield is thought to be the oldest known symbol representing Croatia. Placed next to it are the red and blue stripes of the Dubrovnik region, itself next to the three leopard heads of Dalmatia.

Next up is the golden goat of Istria set against a dark blue shield. The goat has been a symbol of Istria since ancient times, although nobody is sure why. The shields are rounded off with the intriguing flag of Slavonia. It features a six-pointed star on a blue background, sitting above a strangely elongated pine marten on a red background, and a bottom third of the same blue. “Marten” is kuna in the Croatian language, and is also the name of the national currency.

All of the flags in use in Croatia utilise the šahovnica in some form or another. The only difference is found in the background. The flags of Croatia’s 20 counties (plus the city of Zagreb) are typically colourful and intriguing, featuring unique elements, from the cockerel of Koprivnica-Križevci to the stork of Sisak-Moslavina. 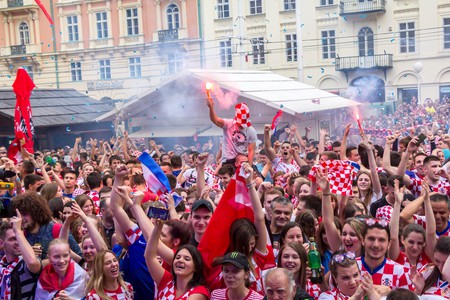