Top 10 Things To See and Do in Rijeka, Croatia 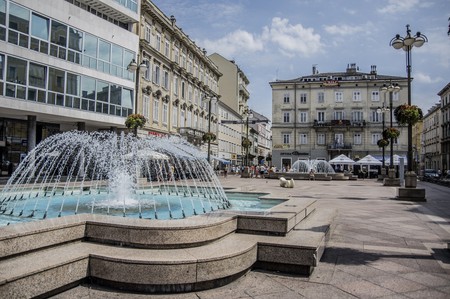 There’s more to see in Rijeka than first meets the eye. A major harbour and transport hub, home of Croatia’s liveliest carnival, Rijeka contains attractions from a top-notch contemporary art museum to a stately palace from the Habsburg days.

Stroll down the Korzo

The main street in town, pedestrianised and lined with shops, cafés and terraces, the Korzo is usually everyone’s first port of call upon arrival. Always bustling, the Korzo runs parallel to the waterfront, and so provides views of the Adriatic down every other side street. Here you’ll find symbolic landmarks such as the City Clock Tower and the Radio Rijeka building, with the main museums close at hand. 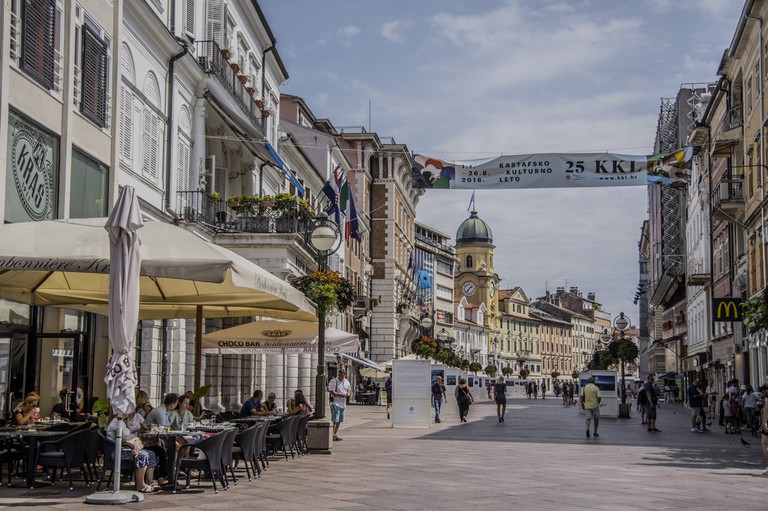 With views over the Adriatic from its high vantage point, the Governor’s Palace was built by Hungarian architect Alajos Hauszmann, responsible for similar grandiose works around Budapest in the 1800s. In the aftermath of World War I, revolutionary Italian warrior poet Gabriele d’Annunzio seized the occasion to invade Rijeka and position himself as governor of his own private fiefdom, based here. Mussolini soon chased him out. There’s more to the place today than just bizarre European history – the Governor’s Palace houses the Rijeka City Museum and the Maritime & History Museum of the Croatian Coast. 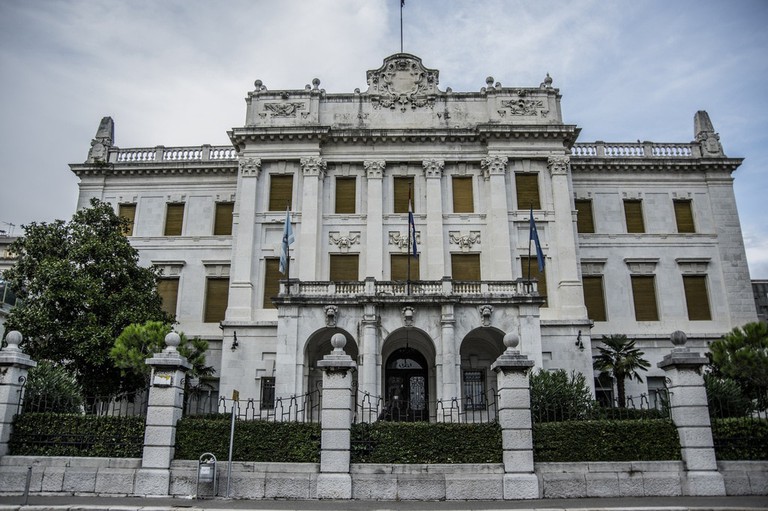 Climb up to Trsat Castle

To reach Trsat Castle, you need to climb the grandiose staircase that runs from Titov trg near the former border between Italy and Yugoslavia. As you the ascend, the views become more and more spectacular, until you begin to appreciate just how great an honour it was that was bestowed upon Irish General Laval Nugent, who was granted this former Roman look-out post for his residency and later mausoleum. All becomes clear when you treat yourself to a well-earned drink at the panoramic café here, the Bay of Kvarner laid out before you. 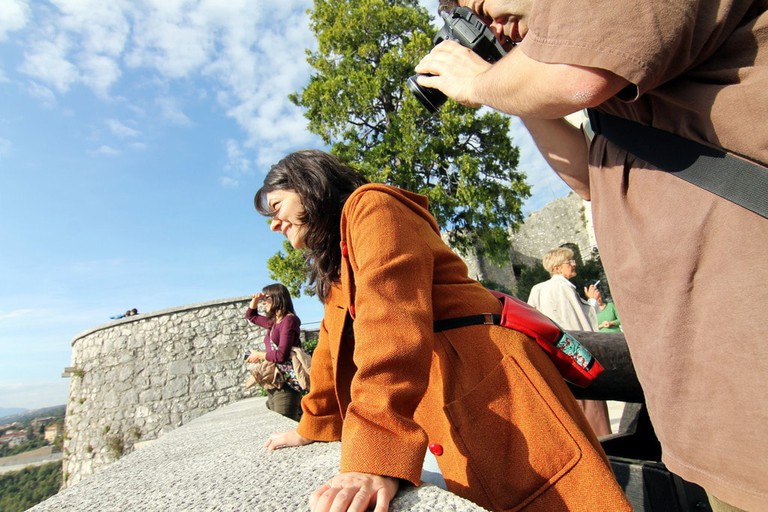 A completely offbeat attraction but a popular one nonetheless, Peek&Poke is a museum whose remit is to show the primitive but revered technology of early computers and computerised games. Key innovators, mocked at the time, are also highlighted and provided with a short biography, such as Sir Clive Sinclair. Some displays are behind glass, some are hands-on, allowing older adults to familiarise themselves with the toys and tools that provided their first introduction to the brave new world of technology.

‘Let’s meet under the clock’ is a familiar refrain heard around Rijeka, the landmark City Clock Tower, also referred to as Pod uriloj, literally ‘under the clock’. And the Gradski toranj is not only a clock tower but a gateway to the old town centre from the waterfront. When Habsburg architect Filbert Bazarig conceived this Habsburg confectionery, he made sure to leave the entrance arch in place. 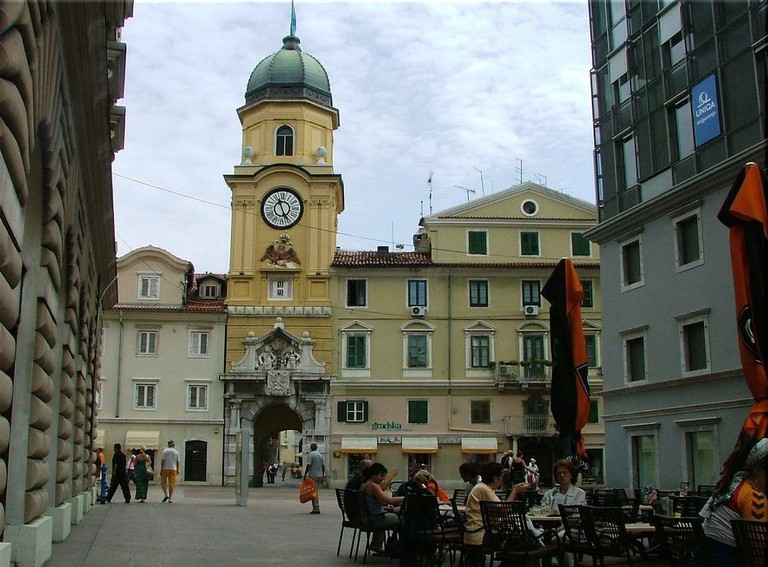 It’s Rijeka’s raison d’être. There’s been a harbour here for centuries. In the 1800s, this was Hungary’s main access to the sea, and the Hungarians not only militarised the port but invented the torpedo here. Today you won’t see warcraft but tourist ferries of the Rijeka-based Jadrolinija fleet that serves the whole coast of Croatia. Bars and cafés also line the port, with Rijeka’s market nearby, so there’s plenty to explore if you have time before your boat is due to set sail.

Dine at the Zlatna Školjka

One of Rijeka’s most enduring and endearing of restaurants, the Zlatna Školjka specialises, as its names suggests, in fish and shellfish. At the ‘The Golden Conch’, the day’s catch is shown to diners, who then choose their dinner and the way it is to be prepared. Fish, squid and mussels can come with a variety of side dishes and salads, with an equally broad range of Croatian wines to wash it all down with. 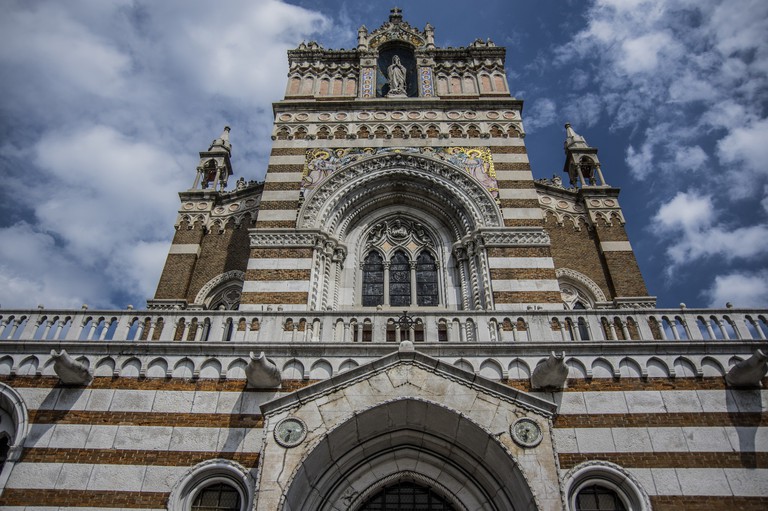 Capuchin Church | © stefano Merli/Flickr | stefano Merli/Flickr
Looming over the adjoining street as buses pull into Rijeka station, the Capuchin Church begs to be explored, its façade a bizarre mish-mash of stripy brickwork and facing twin staircases. The reason for the unusual architecture of this strange landmark from the early 1900s is the length of time it took to build it – and changes of design in between. More than anything, though, the Capuchin Church provides first-time visitors with a gorgeous view of the seafront, from the vantage point atop the twin staircases.

It’s not only local-language drama staged at the elegant Croatian National Theatre in Rijeka’s city centre, but opera and ballet too. For its early years, the local language here was Italian, not Croatian, performances given to audiences of Habsburg high society. Even if there’s little on the cultural agenda when you’re passing through town, the Croatian National Theatre still warrants a visit to admire the ornate craftsmanship within. Gustav Klimt and brother Ernst worked on the ceiling before its grand opening. 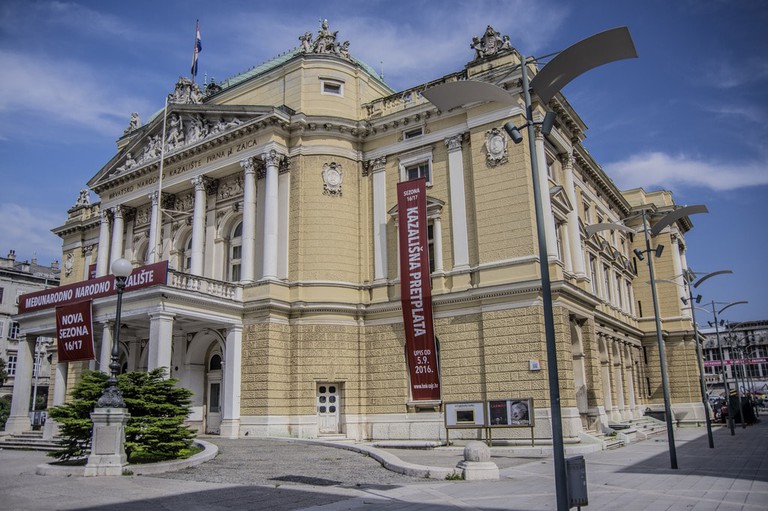 Be amazed by the Museum of Modern & Contemporary Art

Now at a new location west of the city centre by Rijeka train station, the Museum of Modern & Contemporary Art is one of the most challenging galleries outside of Zagreb. The permanent collection here is by no means conventional, with exhibits from new media to posters to paintings. Look out too, for adventurous temporary shows.