The Top 10 Things To Do in Varaždin, Croatia 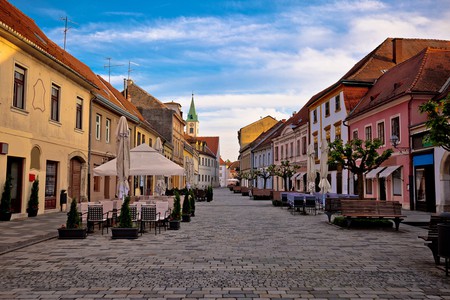 Located an hour’s drive north of Zagreb, Varaždin might just be the most underrated city in Croatia. Famous for its Baroque architecture and youthful energy, Varaždin might seem unassuming, but it will sink its claws deep into your adventurous skin through history, culture and a whole lot more.

Don’t say it too loudly, but a revolution is taking place in the northern Croatian city of Varaždin. More and more people are waking up to what this little charmer has to offer, from magnificent Baroque architecture through to tranquil spas and some of the best beer in the country. If you’re looking for the best of the best in Varaždin, look no further.

Explore some of Croatia’s best museums

Varaždin is a proud city of culture, and nothing showcases that better than its impressive roster of museums. The Old Town Castle is a tangible piece of Varaždin history, home to a mass of artefacts donated by some of the city’s most prestigious families over the years. The Varaždin City Museum tells the story of the town from the Counts of Celje to the modern age via every ruler in between.

Varaždin also has an impressive collection of museums that some might refer to as unorthodox but transcend such flimsy descriptors. The Museum of Angels is home to a number of angelic pieces of art (as the name suggests), and the Museum of Firefighting belies its small size to impressively tell the proud story of firefighting in Varaždin.

Admire the architecture of the city centre

The city centre of Varaždin is a veritable conveyor belt of graceful Baroque architecture, making its atmosphere an enjoyable one. Varaždin isn’t known as the Baroque capital of Croatia by sheer coincidence after all. There is a time-machine quality to entering the town centre that can’t be ignored, but to refer to Varaždin as stuck in the past is doing it a disservice and then some. This is living history – and beautiful living history at that.

Get inspired by masters, old and modern

The Sermage Palace is a magnificent building, but there is more to it than stunning aesthetics. The palace is home to the Gallery of Old & Modern Masters, an art gallery that does exactly what it says on the tin. This splendid gallery showcases the finest work of artists past and present, from the 15th century through to the modern age, each century as inspiring as the last. 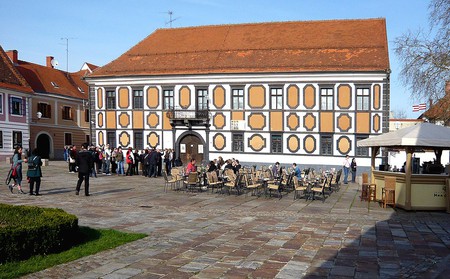 Face your fear at the World of Insects

Wait, where are you going? Varaždin’s World of Insects museum might sound like a creepy-crawly catastrophe, but there is more to this bevy of butterflies and beetles than meets the eye. This museum is beautifully laid out, showing off the incredible variations of the natural world, with more than 4,500 species available to gawp at and be slightly creeped out by. There isn’t a huge amount of English information available, but more often than not, the image will suffice.

Survey the souls at the cemetery

An afternoon spent walking around a cemetery might sound a little macabre, but don’t pass on a tour of Varaždin’s place of eternal rest. This verdant wonder is as tranquil and respectful as cemeteries can get, a spellbinding mass of reverent tombstones and idyllic tree-lined paths. It was Herman Haller who redesigned the cemetery in 1905, turning it into the beautiful graveyard that it is today. 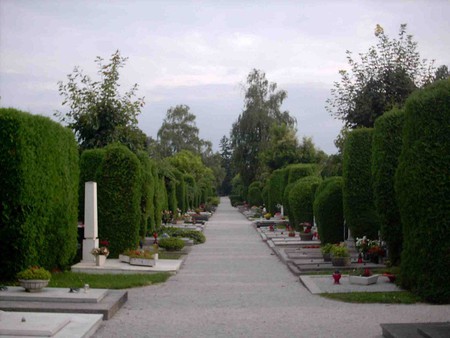 At first glance, the Cathedral of the Assumption of the Virgin Mary looks like any other cathedral in Croatia. It is a beautiful building, but the Baroque features don’t stand out in a way that demands more attention. It is the story of the cathedral that really intrigues, a story told by different people throughout Croatia’s tempestuous history. It was even used as a military barn for a short while in the late 1700s. The cathedral is also the site of many concerts during Varaždin’s annual Baroque Evenings festival, and it’s difficult to think of a better location. 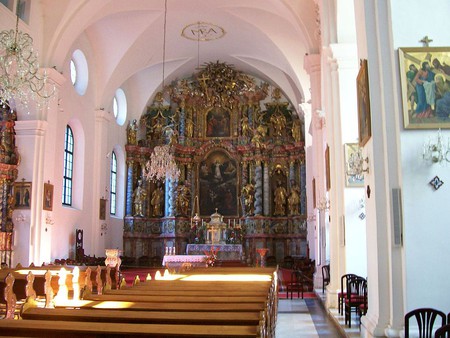 It isn’t just Varaždin’s architecture that pays homage to the great Baroque period. The Varaždin Baroque Evenings music festival is a major stop on the classical calendar, held annually in late September and early October. The concerts take place in a variety of stunning locations across Varaždin and the surrounding area, with many of Croatia’s most talented musicians taking part.

Change your luck with a rebellious bishop

The Catholic Church has long reigned supreme in Croatia, so to say it takes a certain chutzpah to stand up to the pope is something of an understatement. That is exactly what bishop Grgur Ninski did way back in the 10th century when he introduced the Croatian language into services in the year 926. Statues of Ninski can be found all over the country, and touching the big toe of the monument in Varaždin is supposed to bring about a plethora of good luck. 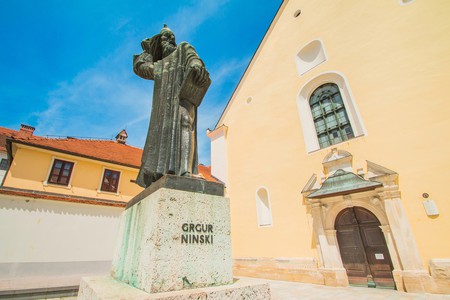 Sample some local tipples at the brewery

Varaždin is typically Croatian in that the alcohol offering is extremely varied, but beer lovers, in particular, are in for a treat. Pivnica Medonja is a highly respected brewer in the country and an absolute must-visit when in Varaždin, either to sample a beer or two or to chug the night away. It is said that the pub has the best beer selection in Croatia, and who are we to argue with that?

A romantic stroll along the waterfront

It takes a bit of getting to, but 15 minutes north of the city centre lies the idyllic Drava River, a large tributary of the Danube and a waterway that snakes through Italy, Austria, Slovenia, Hungary and Croatia. This might just be the most romantic part of town, which is no small claim when you take into account the alluring nature of Varaždin’s city centre. With a setting sun and love buzzing in the air, this is a perfect end to a magical time in Croatia’s Baroque capital.