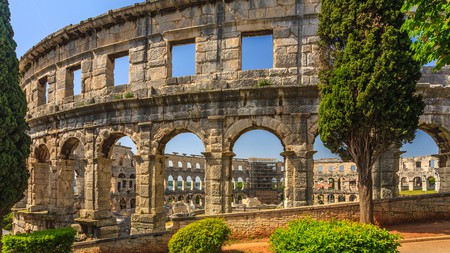 Ancient Roman amphitheatres, gothic-Renaissance architecture and medieval walled cities with star-studded appeal – the coast of Croatia, on the Adriatic, is sure to charm all culture enthusiasts.

The Croatian coast has long been a draw for sun-seekers, adventure hounds and courtiers of culture. Banked by the rugged Dinaric Alps, Croatia’s famously serrated coastline, which snakes along the Adriatic Sea for a hefty 3,600mi (5,794km), is home to medieval towns, fortresses and terracotta-topped villages. From walking the ancient city walls of Dubrovnik and soaking up Renaissance art in Rovinj to walking in the footsteps of dinosaurs in Premantura, Croatia is jam-packed with cultural gems.

Where better place to start your Croatian cultural crusade than Dubrovnik. Founded in the seventh century as a refuge for villagers escaping the Barbarians, Dubrovnik has loitered around the top of Europe’s must-visit lists for decades. It’s one of the best preserved medieval towns on the planet, with polished limestone streets and wheat-stoned fortresses, so it’s no surprise that Hollywood is a regular caller. Of course, it’s best known as King’s Landing, the capital of Westeros in the HBO epic, Game of Thrones. Naturally, there are plenty of Thrones-themed tours, from Lovrijenac Fortress, better known as the Red Keep, to a cruise on the actual ship Daenerys Targaryen sailed into Blackwater Bay.

But even to non-GoT fans, Dubrovnik’s charming medieval streets are a huge draw. Bookended by town gates, Pile and Ploče, the walled Old Town hides elaborately decorated churches, haunted monasteries and museums in grand civic buildings, such as the gothic-Renaissance Rector’s Palace, which explores the history of the Republic of Ragusa. 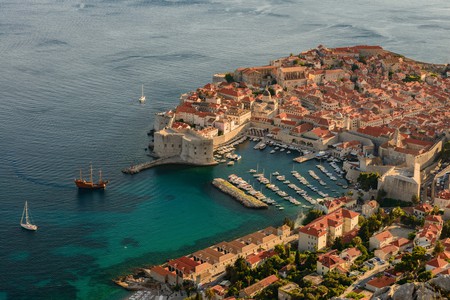 Dubrovnik Old Port, in the east of the city, is a picturesque, medieval gateway to Croatia’s myriad islands | © Luka Esenko

Behind the clocktower is the Old Port, where you can hop on a boat to Lokrum Island, a nature reserve with free-roaming rabbits and wild peacocks. Westeros fans will recognise it as the City of Qarth and head immediately to the Game of Thrones Museum, in a Benedictine monastery, which houses one of the original iron throne props.

Croatia’s sunsets are nothing short of legendary and there’s no better place to see this daily occurrence than the Old Town’s ramshackle cliff bars. Then, after dark, the Old Town’s bistros and cave-like restaurants serve Dalmatian specials like šporki makaruli (dirty macaroni), soparnik (a savoury pie) and pašticada (a braised beef dish).

But it’s not all about Dubrovnik. Further up the coast is the Pelješac Peninsula, a narrow arm of land joined to the mainland, which is home to the finest seafood and wines in Croatia. It’s also where you’ll find the Great Wall of Croatia, a 7km (4mi) stone wall built in the 14th century to protect the city of Ston. 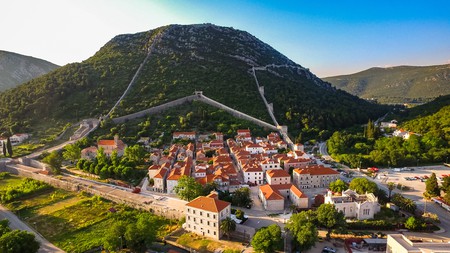 The imposing ruins of the 14th-century Walls of Ston, also known as the Great Wall of Croatia | © Ivo Biocina

North on the Makarska Riviera, Brela is best known for its distinctive tree-topped rock rising out of the sea. While many come for its marvellous beaches – Punta Rata, in particular – the highlight is Brela’s Cultural Summer programme, which features live bands and folk dancing every night. If unparalleled views are your thing, don’t leave Brela without experiencing the Biokovo Skywalk, which can be accessed through Biokovo Nature Park. This horseshoe-shaped glass viewing platform affords visitors majestic views across the awesome Biokovo mountain range and out to The Adriatic.

On the southernmost tip of the Istrian Peninsula is Premantura, a hilltop village and the gateway to Cape Kamenjak Nature Park. There’s a charge to enter if you’re driving (although it’s free if you come on foot or by bike) but it’s worth every kuna to access the white-pebble beaches, sea caves and grottoes, and to watch dolphins and monk seals frolic off the coast. Alternatively, walk the short Dinosaur Path, a 600m (1969ft) track imprinted with dinosaur footprints from 98m years ago, or call in at the beautiful 17th-century church of Saint Lovro in the middle of the village. 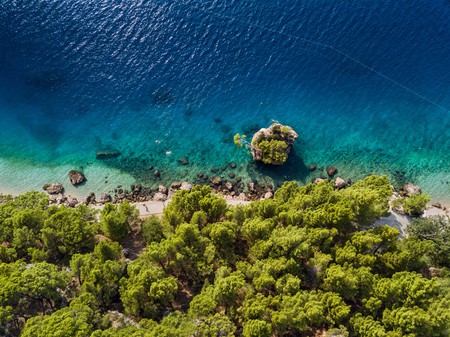 Finally, you can’t come to Istria and not visit the Pula Arena, one of the best-preserved Roman amphitheatres in the world. Once the battlefield of gladiators, now it hosts live music and theatre amid its ancient stone walls. Meanwhile, the pastel-hued stone houses, terracotta roofs and polished cobbled streets of Rovinj are another must-see. 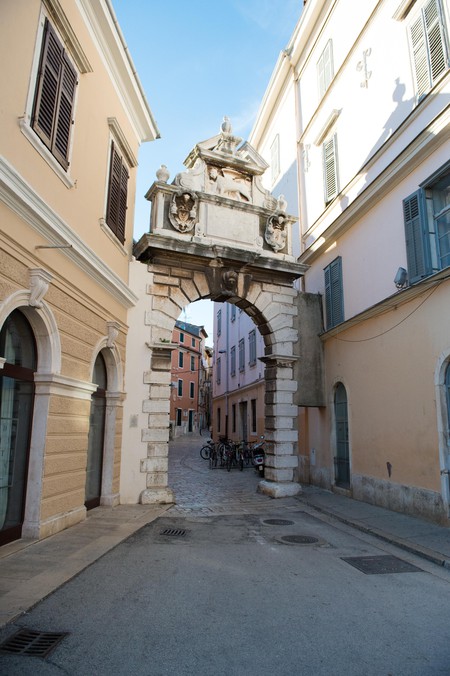 Balbi’s Arch, the 17th-century gateway into the Old Town, is a symbol of former Venetian rule over Rovinj | © Dejan Hren

Don’t miss Balbi’s Arch, the town’s main gate, built in 1679, which has a Turkish head on one side and a Venetian head on the other, or the Heritage Museum of Rovinj, which houses Italian and Croatian Renaissance art from the 15th century, plus a few treats from Picasso, Chagall and Dali. Last, seek out the Basilica of St Euphemia, whose 61m (200ft) baroque tower is modelled on St Mark’s in Venice and offers the finest views in Istria. 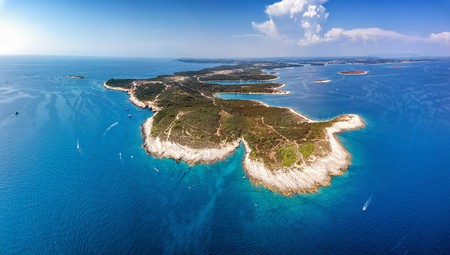