The Best Hiking Trails In and Around Split, Croatia 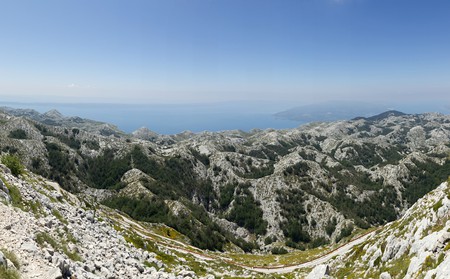 Split is an enchanting seaside town, brimming with fabulous architecture and conveniently located beaches. The city plays out in the grand Diocletian’s Palace, a confluence cobbled lanes that make up its charmingly chaotic high-street. Split’s laid-back vibe and wealth of architectural treats are big draws for the steadily increasing swathes of tourists that swarm the city. Take a walk on the wild side with our guide to the best hiking trails in and around Split.

Split is flanked by grizzled mountaintops, stretching right along the coastline from the city to the lovely and lesser-visited port town of Omiš. Its tallest peak is Veliki Kabal, reaching 1339m, with Vickov Stup (1325m) attracting a steady stream of dawdling explorers. A beautiful crumbling stone chapel nestles on the foothills of Sveti Jure (1319m.) The mountain is home to a botany of vibrant foliage and evergreen, with wild deer skulking in the trees. The Vranjača Cave is also well worth a look – a subterranean network of underground tunnels with awesomely sculpted stalactites and stalagmites, reached by the town of Dugopolje. There are two alpine huts located on the hiking route for hardy mountaineers traversing the full trail. The bottom of Mosor is accessible via the towns Žrnovnica and Sitno Gornje, or by the number 28 bus from Sukoišanska street in central Split. 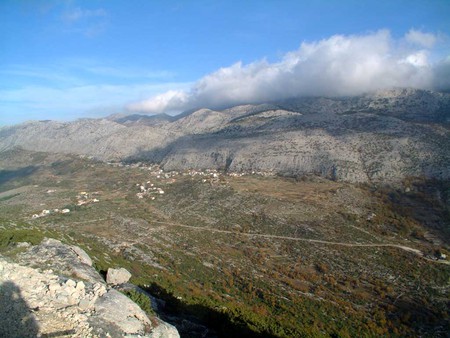 Kozjak provides a breathtaking promontory over this swathe of Dalmatia, with expansive views over the historic city of Split, the sleepy settlement of Salona and its treasury of ancient Roman ruins, and the smaller towns of Solin, Kaštela, Trogir, and the central Dalmatia islands. A more laid-back hike than Mosor, the highest peak of coastal Kozjak is Veli vrj (779m) on the eastern side of Kaštel Gomilica. Over the western side of the ridge is a popular mountain lodge Malačka 466m high. The entire Kozjak is conveniently signposted, with well-marked hiking trails right along the route, and four mountain lodges for stop-overs.

This gigantic Nature Park incorporates several districts and the two towns of Makarska and Vrgorac. Its summit, the peak of St. Jure, is the third highest in Croatia at 1762 meters. With average cool temperatures of 4°C and lashings of ice and snow, its soaring slopes make it a far tougher climb. The Kotišina botanical gardens, set in Biokovo, makes for a more comfortable day-trip. A botany of blossoming foliage and vibrant evergreen trees, it’s home to plenty of protected species – particularly worth visiting in spring. Adventurous hikers can reward themselves by tucking into a beer and a bean stew peak at the mountain lodge Pod Svetim Jurom, situated just beneath the main peak.