Trogir | © Remus Pereni/Flickr | Remus Pereni/Flickr
Split has always been Croatia’s major jumping-off point; its ferry terminal, catamaran port and bus station all a short walk from each other and all offering easy, affordable hops to islands and historic mainland destinations. The sailing schedule, designed for local workers and islanders, lends itself to one-day jaunts, provided you’re willing to start early.

Many wander around Split’s Diocletian’s Palace without realising that there are further extensive Roman remains nearby. In fact, Salona, today’s Solin, accessible by city bus from Split, was the regional capital when Diocletian was building his retirement villa. In Solin, an estimated 60,000 people met, shopped, bathed and watched entertainment in an 18,000-capacity amphitheatre. What remains is nowhere near as well preserved as, say, Pula, but it merits investigation and an afternoon out. 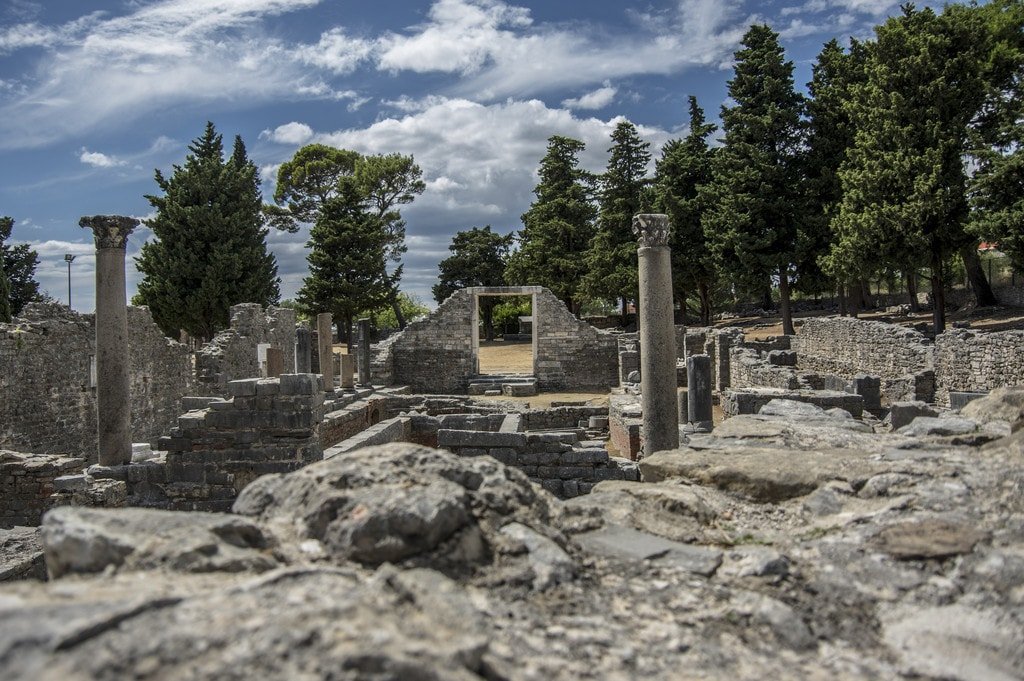 Natural Feature
© Vito Arcomano / Alamy Stock Photo
An hour from Split, by a catamaran that also runs during the winter, Hvar is characterised by upscale hotels and fine dining. This is not to say you can’t eat affordably, you can, but the wave of Hollywood actors, Russian oligarchs and British royalty has washed over this pretty, lavender-decked island and changed its status forever. Hvar is the name of the island and main town where catamarans (and private yachts) dock. Car ferries come into Stari Grad on the north coast, also worth a visit if you have more time.
More Info
Open In Google Maps
Split-Dalmatia County, Croatia

Natural Feature
Trogir | © Remus Pereni/Flickr | Remus Pereni/Flickr
Far closer to Split Airport than Split itself, Trogir comprises a namesake island brimming with beautifully preserved medieval architecture built by the Venetians, a strip of mainland and another island, Čiovo, where two marinas bring in significant revenue. All of its historic is a UNESCO World Heritage site, the key attraction being the Cathedral built over the course of several centuries. Its intricately fashioned portal dates back to 1240; the year was carved above by Trogir-born architect Master Radovan, whose craftsmanship still astonishes.
More Info
Open In Google Maps
Trogir, Split-Dalmatia County, Croatia
Visit website

The architecture of Omiš was dictated by the constant threat from pirates, who ravaged this part of the Dalmatian coast south of Split for centuries. It’s fascinating to explore but bring a sturdy pair of walking shoes, because you’ll be scaling stone staircases and weaving through high-sided alleyways. The reward is the frequent fabulous views out to sea, best admired from the occasional ruined fortification. You may also be treated to klapa, traditional Dalmatian singing, performed by a quartet, whose harmonious voices tell of seafaring and long absences from the homeland. 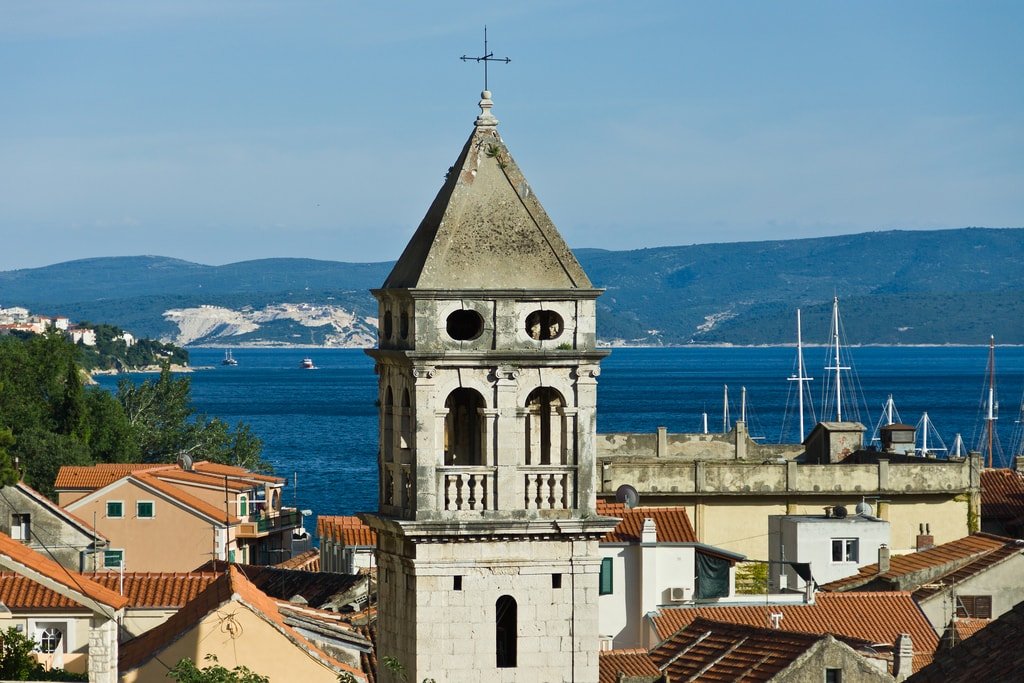 A smallish island off the coast of Brač, Šolta is often overlooked, yet its regular boat connections with Split allow plenty of opportunity for discovery. This is Dalmatia before the mass tourist influx of the early 2000s – all vineyards, olive groves and fishing villages. The main town and arrival point for boats from Split, Rogač, is where you’ll find a handful of traditional restaurants and private accommodation should you decide to stay over. 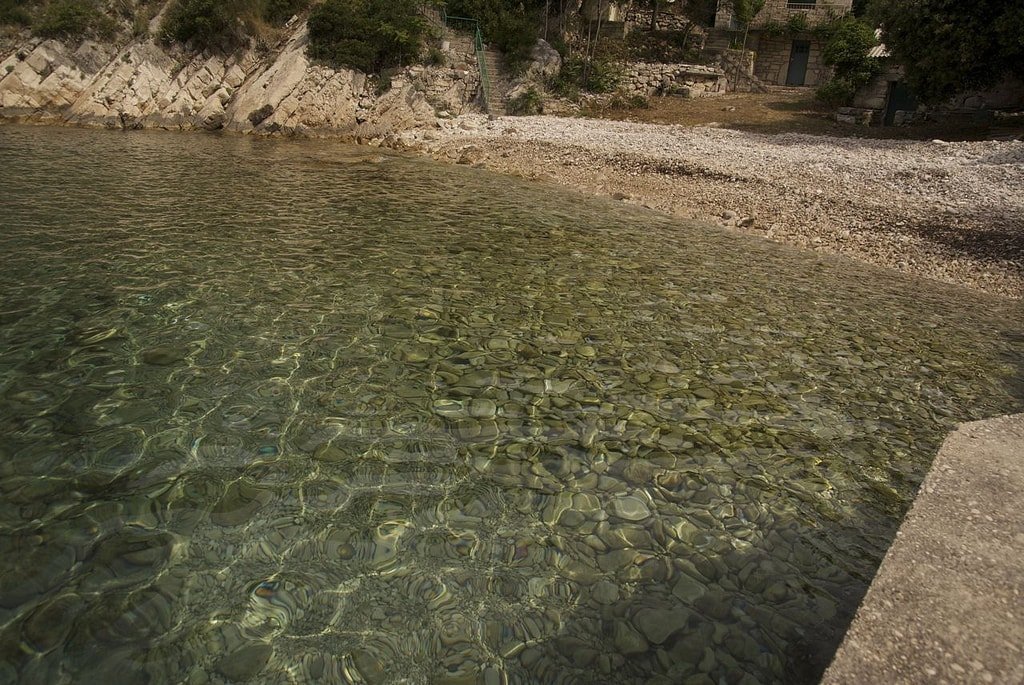 The most accessible main island to Split under an hour away, Brač caters to a different type of holidaymaker from party-focused Hvar and rugged Vis. Lively enough in its two main towns of Supetar and Bol, Brač appeals to the visitor happy to dine at one of its family-run restaurants in the undulating hinterland or discover one of the many hidden coves and beaches or admire the signature stonework created from the quarries in use here since Roman times. In summer, families and windsurfers converge on sandy Zlatni Rat, the famous beach close to Bol. 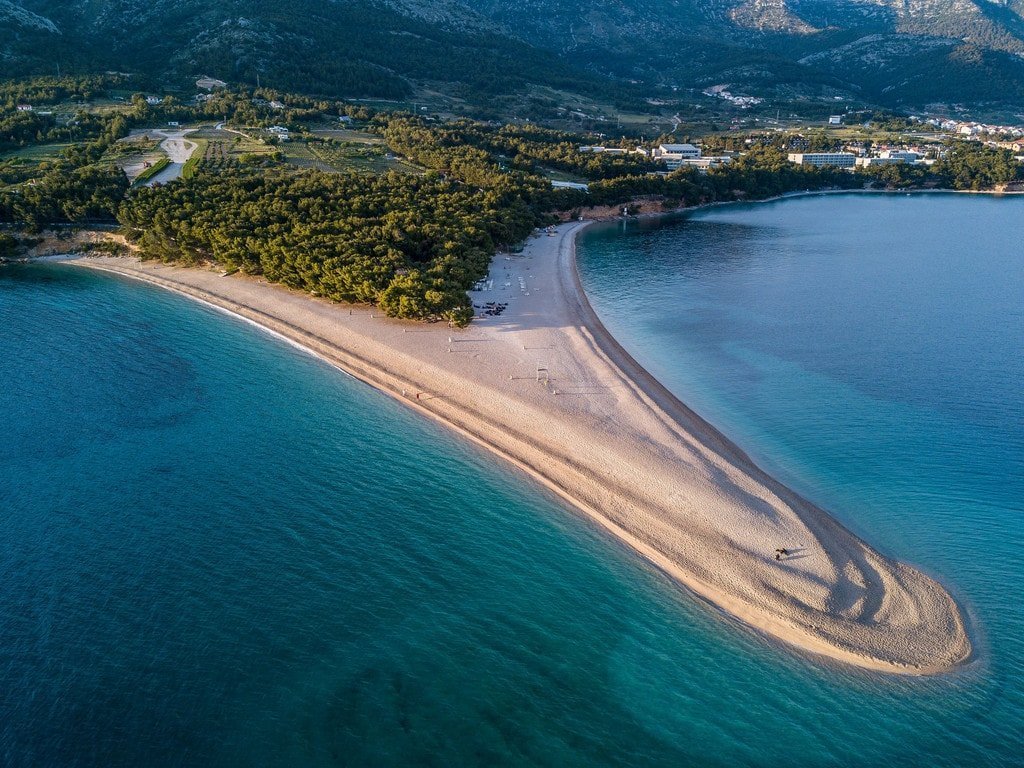 Biokovo was made for hikers. Rising up behind the beaches and holiday homes of the Makarska Riviera, this nature park is criss-crossed by more than three dozen hiking trails, with varying degrees of difficulty. The one constant is the wonderful views, usually as far back as Split, something that should sustain you if you hit a particularly rocky path. Always pack water and, in the height of summer, headgear, but natural hazards are otherwise few. Locals often drive up here from Split, leave the car somewhere up the slopes and enjoy a half-hour stretch in the open air. 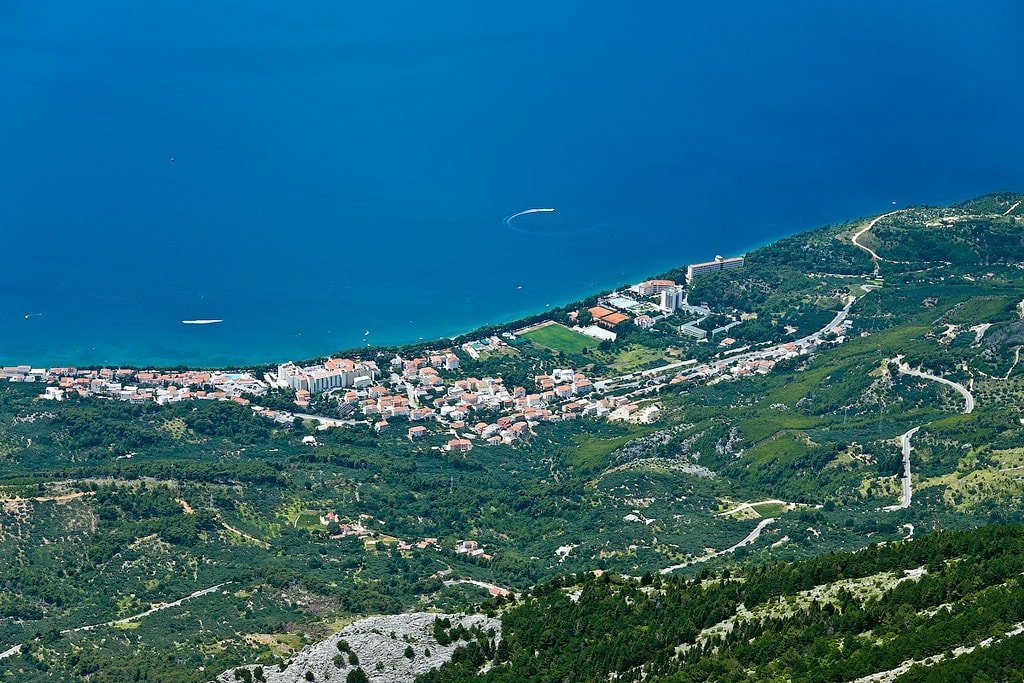