How to Spend 3 Days in Northern Croatia

Varaždin | © Chris/Flickr
Northern Croatia is completely different to Dalmatia. Central European in feel, as opposed to Mediterranean, it shows Hungarian influences in its spicy cuisine and a Baroque heritage in its architecture. Vineyards, riding stables and soaring churches are the key features, backdropped by endless cornfields and rolling hills.

Its airport on the low-cost international roster, Osijek is slowly becoming a destination in its own right. First-time visitors find a busy city set by the river Drava, dotted with churches from the Habsburg era and overlooked by the Tvrđa fortification. Built in the 18th century, this riverside citadel houses a number of bars and restaurants, and the Museum of Slavonia. 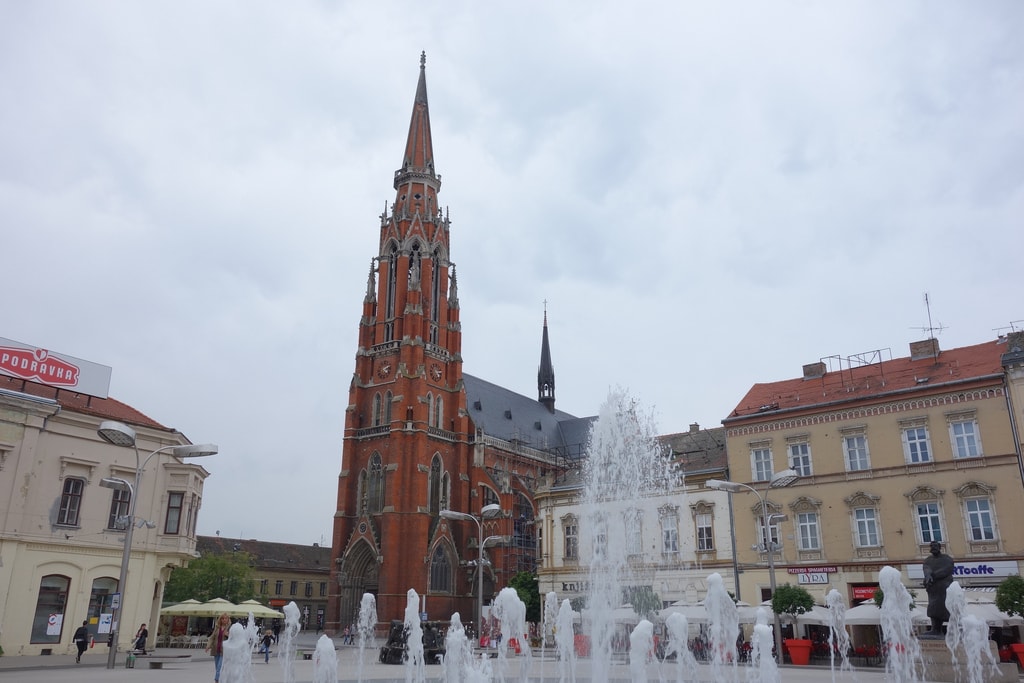 The perfect day trip from Osijek is to Kopački rit, a nature park located at the confluence of the rivers Danube and Drava, right by the border with Serbia. Touring these wetlands by foot, on horseback or in a boat, you should spot many types of birds, kingfishers, eagles and storks, as well as otters, martens and perhaps even a wild cat. Plant life is also plentiful, with reeds, lilies and irises in abundance. 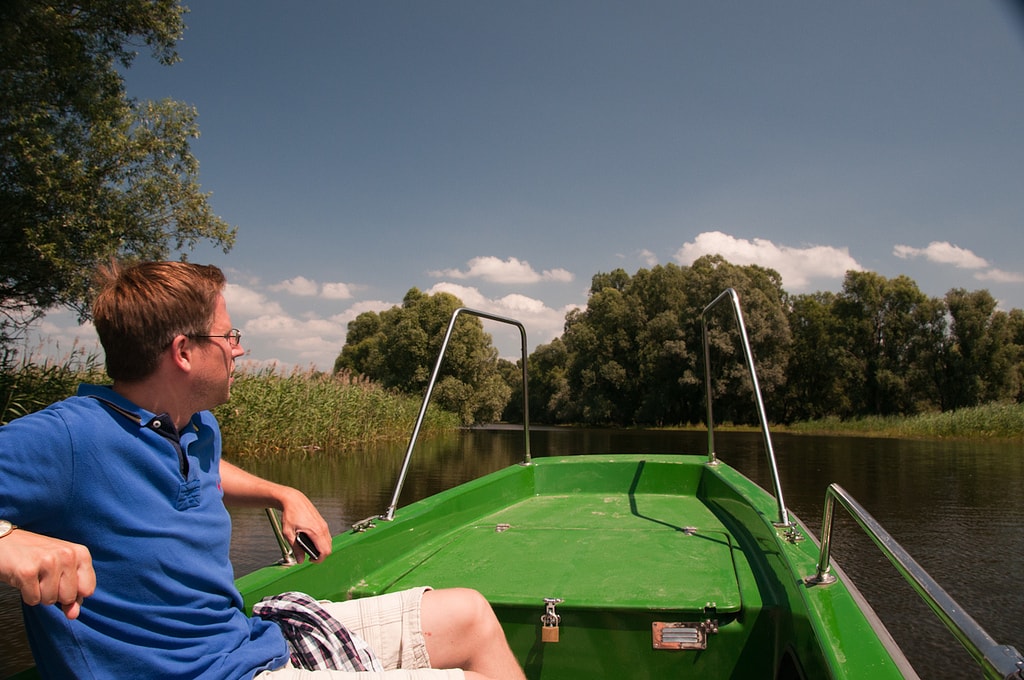 Đakovo is most associated with influential 19th-century Bishop Josip Juraj Strossmayer, who built the twin-spire St Peter’s Cathedral you’ll see for miles around, founded an academy of sciences and major art gallery in Zagreb, and gave keynote speeches in Parliament. Đakovo is also a good place to try Slavonia’s famed spicy sausage, kulen, and see a bit of urban life before heading off to the countryside. 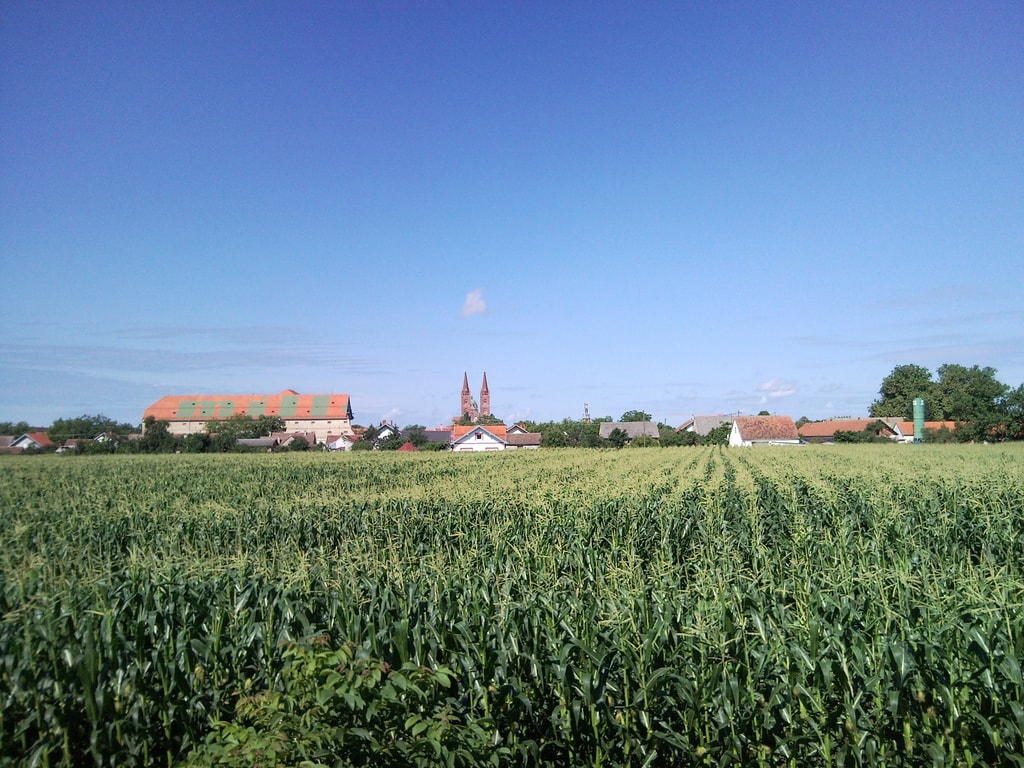 Kutjevo is the hub of Slavonia’s wine-growing industry. Croatia’s oldest wine cellar is said to be here, created by Cistercian monks in 1232. The surrounding monastery was later destroyed, but the church remains. There are several other leading winemakers to visit, where you can also sample local cheeses and sausage, with more substantial dishes of game and freshwater fish served in one or two restaurants you might find. 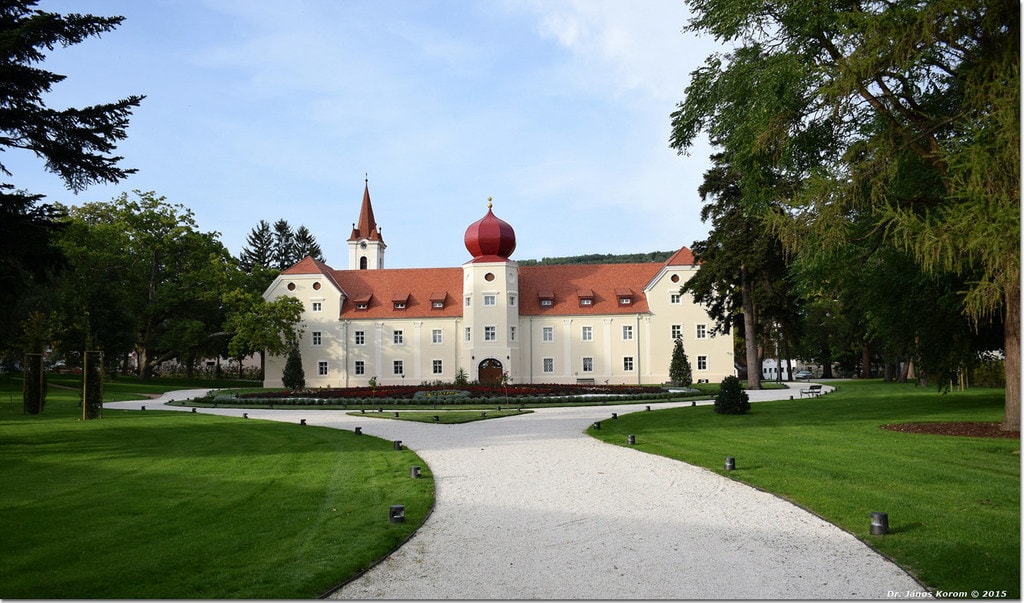 Not as well known as Kopački rit, Lonjsko polje is a nature park lining the river Sava, and is home to considerable numbers of storks and herons. Stretching down to the border with Republika Srpska, Lonjsko polje is also famous for a specific breed of horse, the Posavlje, which you’ll see running across the fields. The landscape here is interspersed with rustic wooden homesteads. 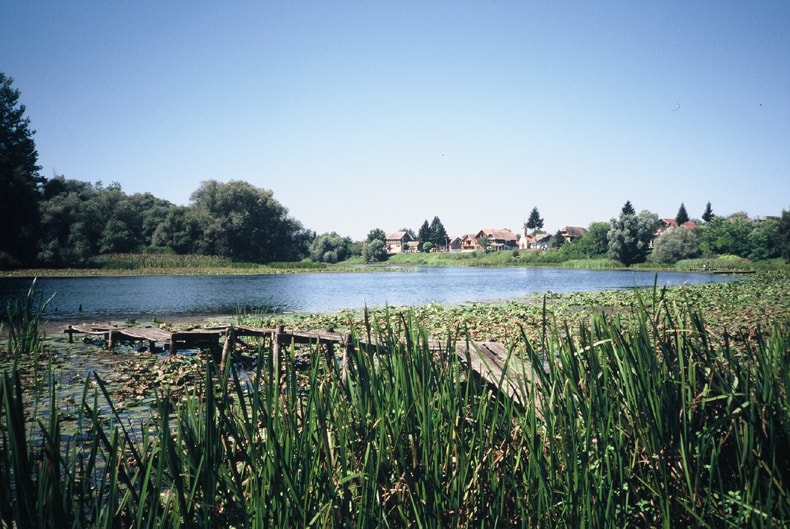 Set around the confluence of the meandering Kupa and Sava rivers, Sisak is a little-visited former Roman capital, dominated by a medieval fortress where Central European forces defeated the Ottomans in 1593. This landmark is now a museum. The most convenient jumping-off point for exploring Lonjsko polje, Sisak has a surprising number of restaurants, a couple of hotels and a train station with regular, reasonably fast connections with Zagreb. 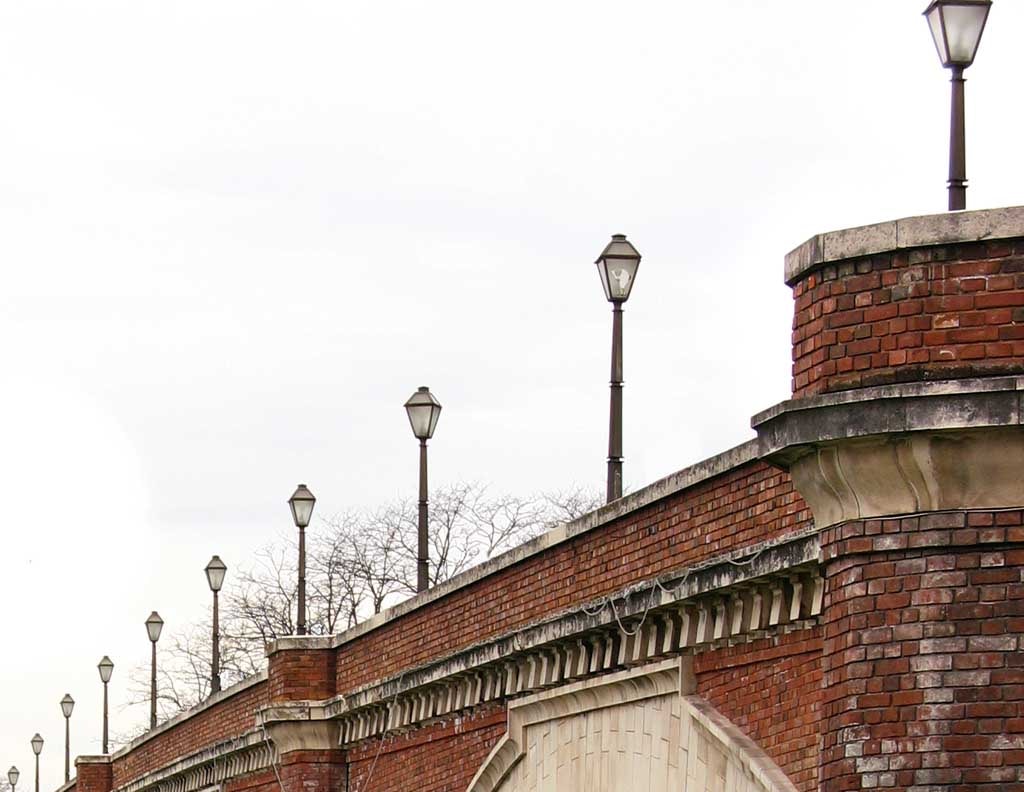 Tourists head to Krapina, tucked in the bucolic countryside of Zagorje as Croatia melds into Slovenia, for a particular attraction. The Krapina Neanderthal Museum, opened in 2010, is where many Stone-Age remains found in a nearby cave are kept. Conceived by an expert palaentologist and architect, the museum shines a modern light on life 125,000 years ago, allowing visitors to appreciate how their ancestors survived in these very surroundings.

Castles and estates belonging to former Croatian and Hungarian nobility extend across the landscape close to the modern-day border with Slovenia. Of these, the most striking is Trakošćan. Built in the late 1200s, Trakošćan fell into the hands of the Drašković dynasty 300 years later. Somewhat dilapidated by the 1800s, the fortress was transformed by Major-General Juraj V Drašković into a residential castle, ringed by landscaped gardens. On display are the original armoury, paintings and furniture handed down from generation to generation. 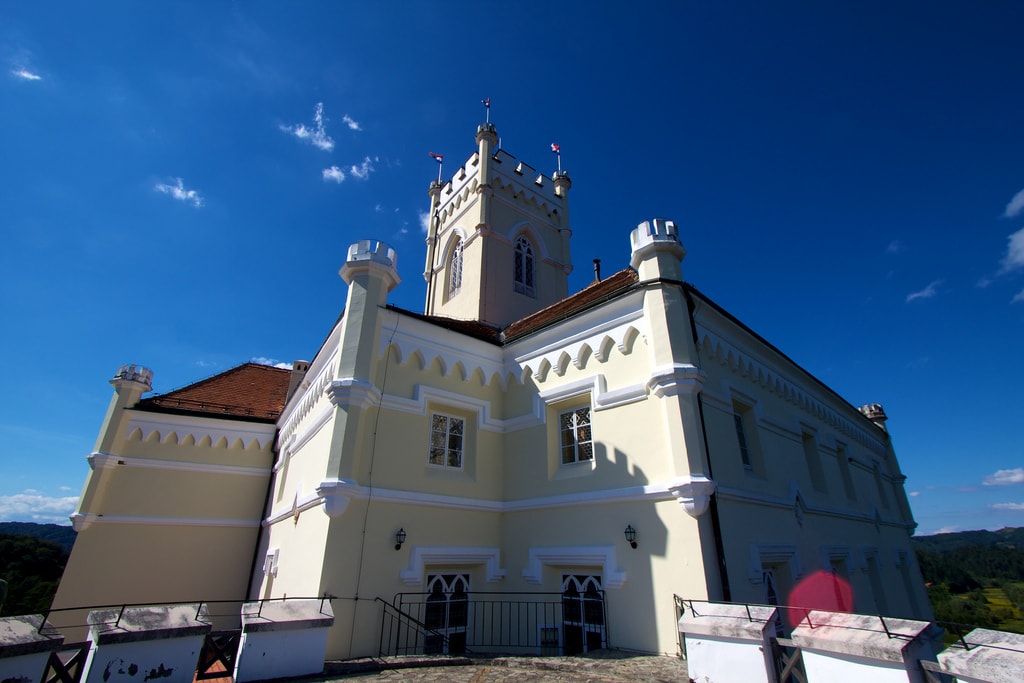 Underrated Varaždin offers far more than the Baroque architecture for which it is most famous. Rebuilt when under Hungarian rule in the 1800s, Varaždin has converted several of its stately palaces into museums and galleries, one containing Old Masters dating back to the 1400s, another home to a huge collection of insects. Come here in summer and you’ll find the streets transformed by the Špancirfest, a ten-day outdoor festival of music and various artistic performances. 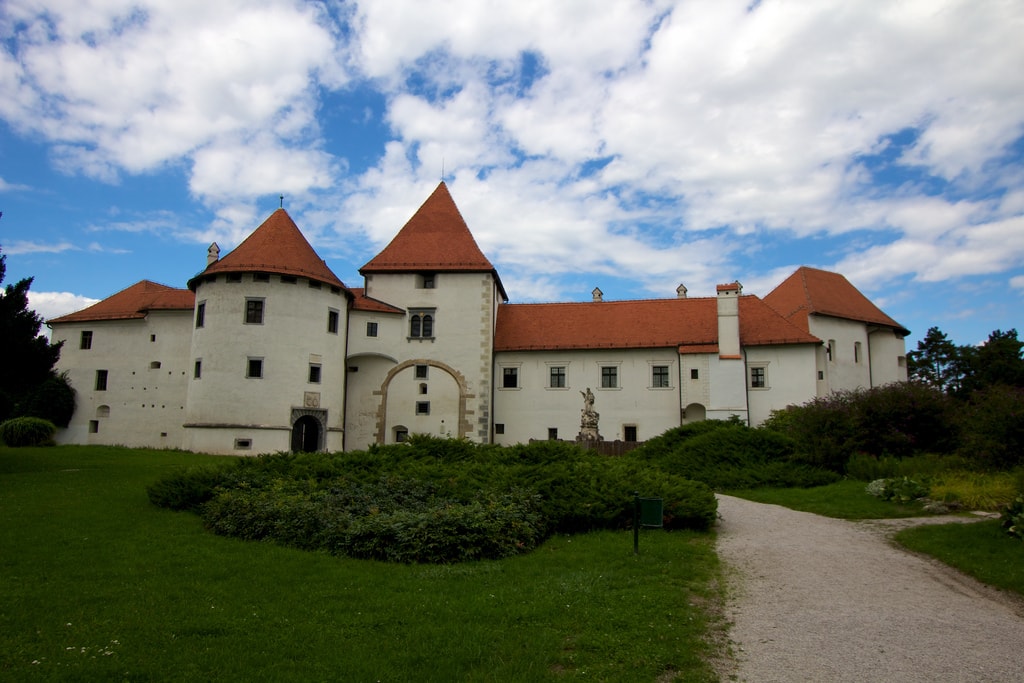