Everything You Need To Know About Rijeka Festival: Croatia's Biggest Celebration 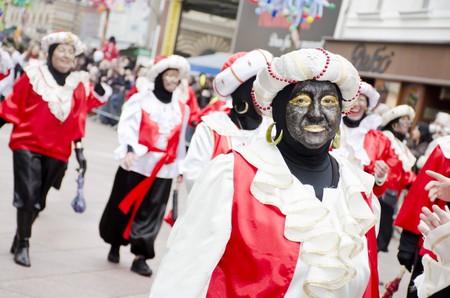 Rijeka Carnival is the biggest one-day event anywhere in Croatia, a mass pageant that marks Mardi Gras every February. Here we give you the lowdown on how it all started and what to expect when you get here. One thing’s for sure: book your accommodation early.

Mardi Gras is an important date on the Christian calendar as these pre-Lenten celebrations also signal the end of winter. In nearly all cultures, there’s a carnival element, involving colourful parades and a communal release of energy across all ages and classes. 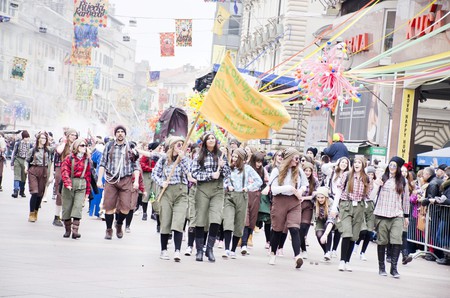 The most famous example is Rio but Croatia has its own, too. The biggest and best is staged in Rijeka. Some 100,000 visitors flock to this workaday port city at the head of the Kvarner Gulf, most of them are here for the main parade the Sunday before Shrove Tuesday.

Though with historic roots, Rijeka Carnival is a modern-day phenomenon. Here in Croatia, Mardi Gras has always been linked to the age-old fear of the enemy: the Turk. Effigies are burned, fireworks thrown and evil spirits dismissed.

Even before Habsburg culture brought in the idea of masked balls, locals were dressing up in animalistic costumes and loud bells, in the hope that it might scare off any potential invader from the East. The men who dressed up and did this were called zvončari – the ringers. 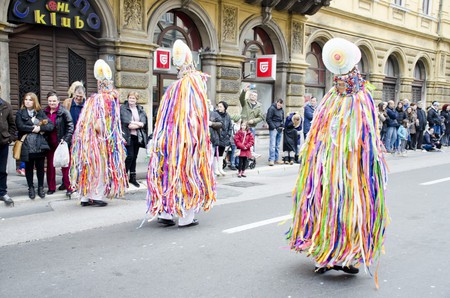 Rijeka is essentially a marriage of masked carnival and native ritual, set near the waterfront on the pedestrianised main street running parallel to the Korzo. In the 1980s, a handful of locals decided to revive the carnival/ritual idea for a joke – Rijeka is known for its provocative humour, as exemplified by controversial rock band Let 3 – and the idea caught on.

The few thousand taking part in the late 1990s turned into tens of thousands a decade later. Humour still underlines many of the events running up to the main carnival. A vintage car rally is called the Paris-Bakar (as opposed to the famous Paris-Dakar across the Sahara), as it runs from a restaurant called Paris to a small town 20 kilometres from Rijeka called Bakar. 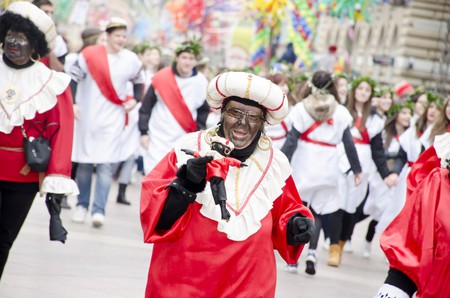 Carnival season actually kicks off in January, when the mayor of Rijeka gives the master of ceremonies, Meštar Toni, the key to the city – a symbolic gesture signalling that the streets are now given over to costumed fun. The carnival queen is then crowned.

Before the main procession through town, local youngsters have their own Children’s Parade. Then, at noon on the Sunday, the grown-ups get to run amok. Floats and costumed groups run along a set route, while the zvončari ringers are always the last to set off and get the biggest cheers from the crowd.

It won’t be long before night settles in, and the party begins. DJs play along the Korzo, and most bars and clubs have their own parties, either that night, the night before, or both.