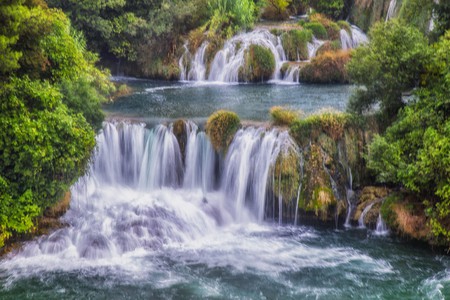 Is Croatia’s extraordinary popularity now at bursting point? For the upcoming summer season, new measures cap access to the emerald waters of Krka National Park at 10,000 visitors at any one time. Numbered entry starts this July, with online booking already in place.

It’s one of the wonders of central Dalmatia. A short drive from Šibenik, Krka is the most interactive of Croatia’s eight national parks. With its dramatic cascades, crashing waterfalls and natural pools bathed in their own unique light, Krka stands comparison with the more celebrated Plitvice Lakes some 100 kilometres (62 miles) north.

While Plitvice banned swimming in its waters a decade or so ago, imposing strict fines, Krka still permits visitors to plunge into its photogenic lagoon of Skradinski buk. 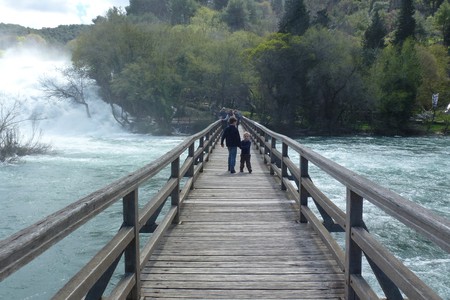 Following the river Krka for two-thirds of its 73-kilometre (45-mile) journey, Croatia’s second most popular national park offers stunning attractions, most accessible by boat or by boardwalk. In 2016, nearly 1 million tourists marvelled at the waterfall of Roški slap, the island monastery of Visovac, at Krka’s ospreys and golden eagles. Onlookers also admire Skradinski buk, where 17 stepped waterfalls descend through a karst canyon into three crashing cascades – but more are drawn to dip themselves in. So many more, in fact, that now it’s too many.

‘National parks are among Croatia’s strongest brands,’ declared Dr Mario Šiljeg, State Secretary for Environmental Protection and Energy at a press conference at the Krka office in the adjoining town of Skradin. ‘They received over 3.5 million visitors last year. July and August are the months with the highest visitor pressure and it was important for the most visited parks to take measures to reduce visitor loads at the most attractive sites. The first to do so will be Krka National Park.’

Along with these limitations – a tickerboard will display exact numbers of entrants at any given time – the authorities have brought in online booking and one-way arrowed walkways to prevent people double-backing and taking overlong selfie breaks. Skradin is also being made more tourist-oriented, encouraging those waiting to enter Krka to take an hour or so exploring the town’s medieval fortress and Baroque church. 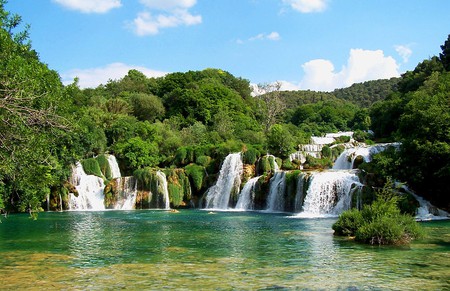 Ironically, it was the parliamentary decision of 1997 to move the park’s southern border all the way upstream to the Skradin Bridge that helped create the busiest bottleneck in the park, close to Skradinski buk. Excursion boats for Krka leave from Skradin and a visitor centre has opened where the main entrance also stands.

If the Krka initiative proves successful, it could be that Plitvice, where significant damage was reported in 2016, will follow suit. After that, who knows? Regulating numbers in Dubrovnik’s crowded Old Town, particularly after a cruise ship has docked, has long been mooted.