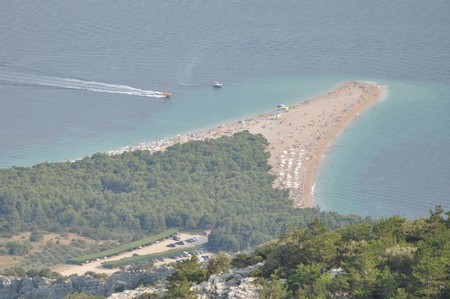 Less fashionable than Hvar, without the cachet of Vis, Brač still has much to recommend it. Cliff-face monasteries, traditional hillside taverns and Roman remains number among its attractions, as well as the most famous beach in Croatia, all a short hop by ferry from Split.

A short walk from Supetar beach, Supetar Cemetery is towered over by the Byzantine Petrinović Mausoleum, created by a protégé of Ivan Meštrović, Toma Rosandić. Graves include Habsburg-era sea captains and those who fell during the Croatian War of Independence, as well as the mausoleum of the prominent local Rendić family. Renowed sculptor Ivan Rendić created a number of the gravestones here. 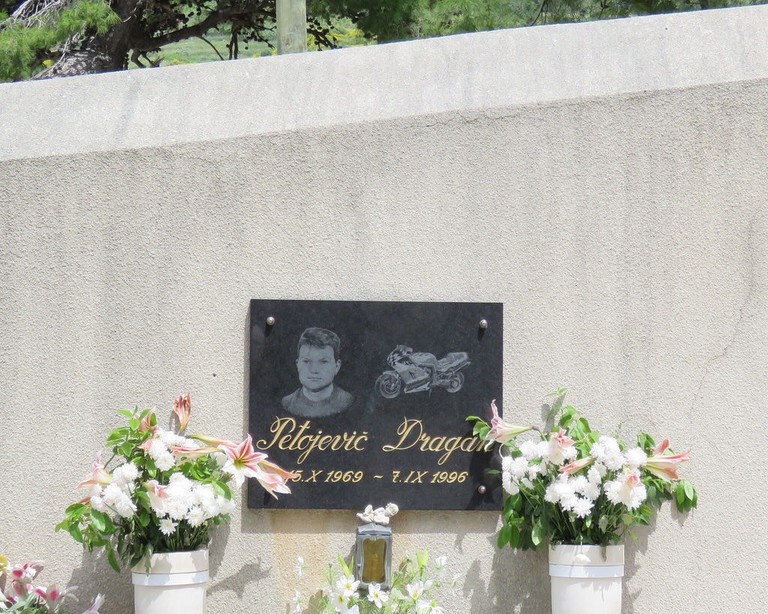 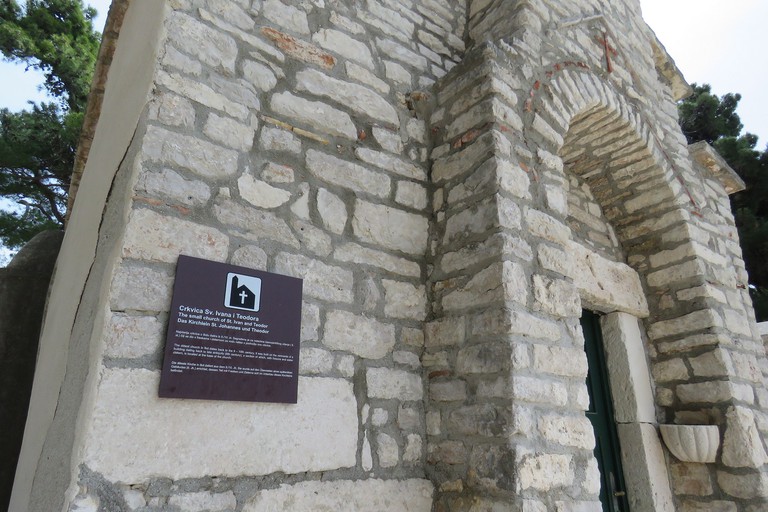 Dominican Monastery | © CarnivalCities.com/Flickr
Established in the late 1400s, the Dominican Monastery just outside Bol holds an array of rare treasure, from Ancient Greek coins found on Hvar and Vis to a Tintoretto, Madonna with Child. The location alone makes it worth the 15-minute trek from town, atop a headland with the Adriatic calmly stretching out to the horizon. Monks still maintain the pretty gardens.
Open In Google Maps
4 Šetalište Anđelka Rabadana, Bol, Splitsko-dalmatinska županija, 21420, Croatia
+38521642029
Visit Website
Give us feedback

The main point of entry from Split, Supetar developed around the harbour in the 1700s and 1800s. Old stone houses still line the horseshoe-shaped port area, lined with terrace restaurants and bars, busy enough to warrant investigation, laid-back enough not to feel intimidated by the crowds. Locals stroll passeggiata-style in the early evening, older ones sit and gossip as the sun sets. In one corner, St Peter’s Church is a major landmark, its bells a pleasant aural backdrop to proceedings. 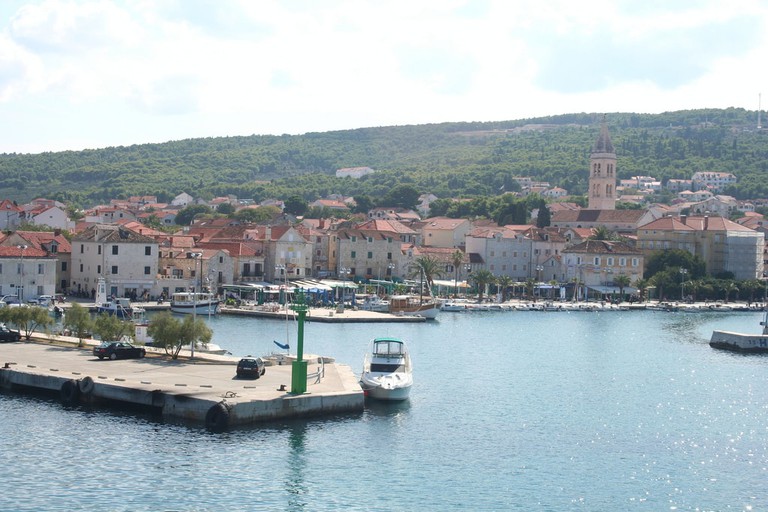 Away from the crowds of Zlatni Rat beach, a few kilometres further along, Murvica is a seafront settlement with two dozen inhabitants. There’s more than just peace and quiet, though – nearby karst caves include the Dragon’s Cavern, decorated with strange murals painted by the monks who arrived here from the 1400s onwards. Murvica also has its own beach, enclosed by rocks and pine trees. 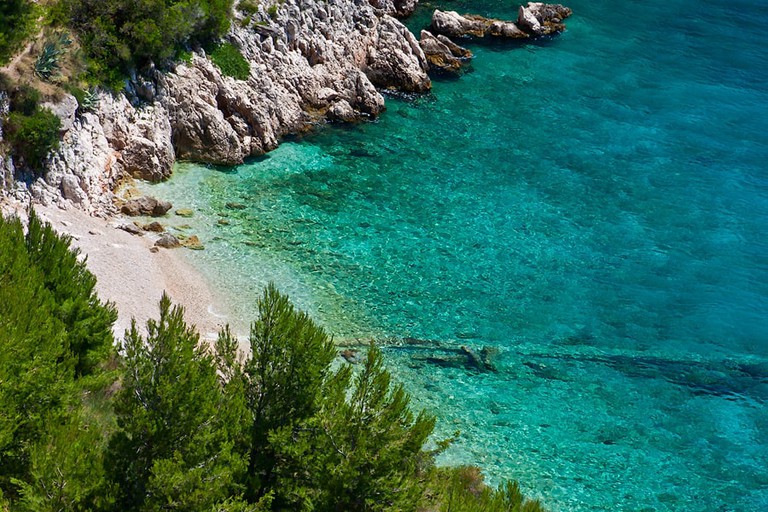 Accessible on foot, by bike and minibus, Vidova gora is the highest point of the Adriatic islands, many of which you can see from this vantage point 778 metres up. It’s a sturdy climb, but not dangerous, signposted from Bol about two hours away. Beside the peak, a small tavern offers a well deserved beer, and runs a traditional kitchen in summer. 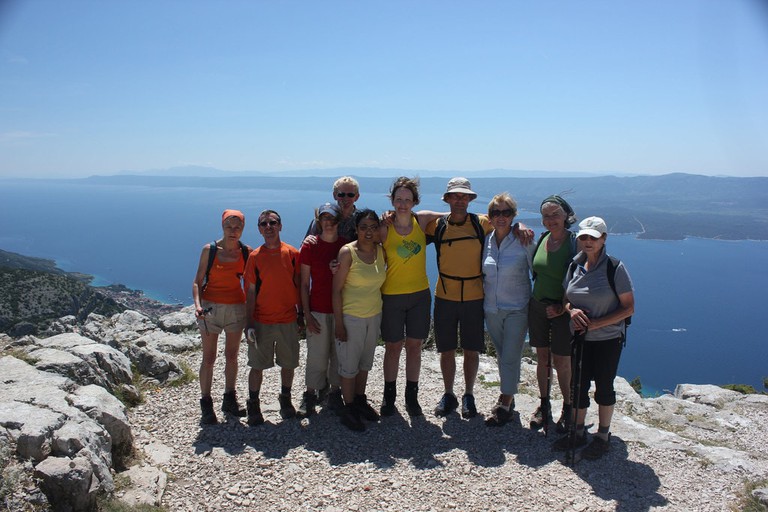 The main beach in Supetar sits a short walk from the harbour, alongside a few bars and restaurants, overlooked by the town cemetery. Surrounded by shallow waters, it’s ideal for families, with trees at the back providing shade, sun loungers and shades for hire, and showers for communal use. Swimmers are treated to a view of the hilltops behind Omiš and the regular passage of sleek white ferries on the near horizon. 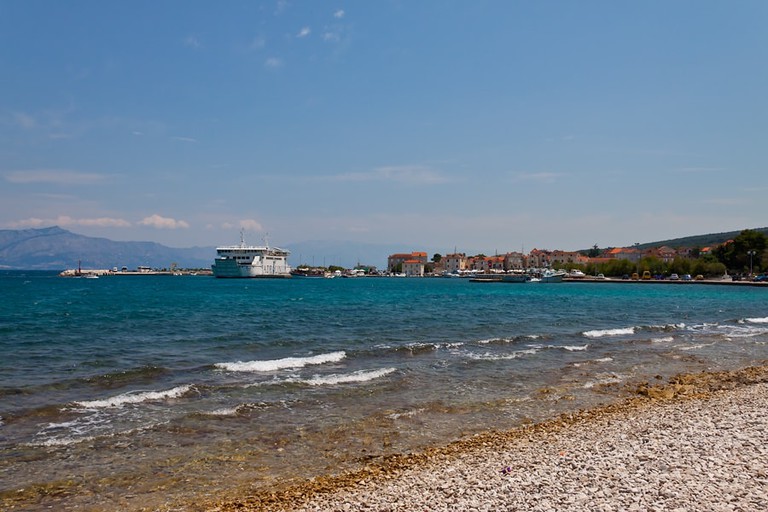 There has been a Christian place of worship on this site in Supetar since the sixth century AD. Remains of original floor mosaic sit alongside the northern wall of today’s St Peter’s zupasupetar.com. Lending its name to what is now the largest town on Brač, St Peter’s was developed in the 1700s, its construction documented in the church museum alongside. Here you’ll also find art and liturgical silverware from the Venetian Renaissance. You can climb the tower for views across Supetar. 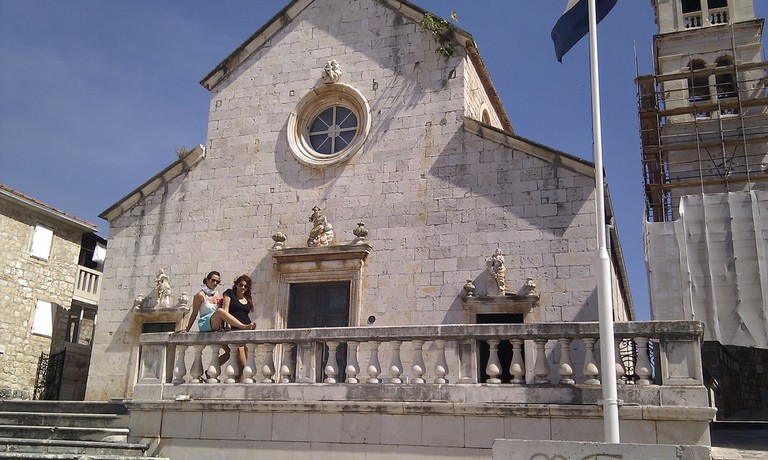 Zlatni Rat (‘The Golden Cape’) is the one beach in Croatia many flock to. With its distinctive tongue-like shape that alters according to the winds and currents, Zlatni Rat is a pleasant, pine-lined walk from Bol, the resort that benefits from its popularity among surfers and windsurfers. Its fine shingle and shallow waters also ensure that families set up here from early in the day, the beach fringed by hotels behind the shade-providing trees. 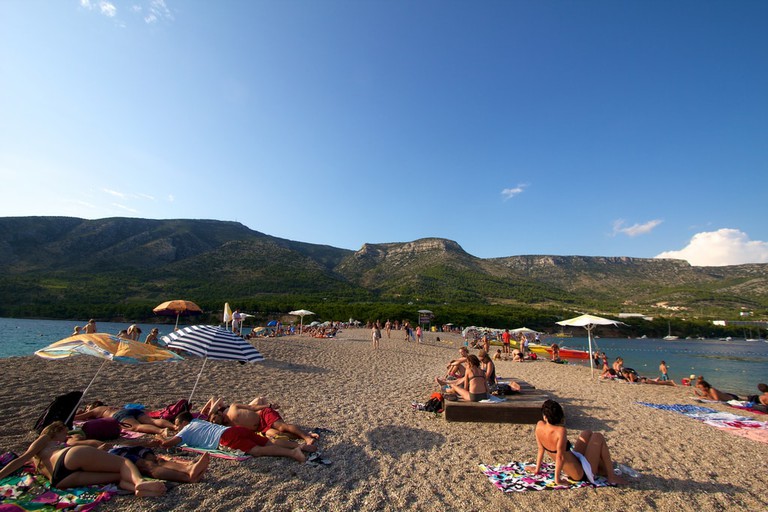 Almost directly opposite Split on the mainland, Sutivan occupies the far north-western corner of Brač island. It remains a traditional Dalmatian settlement, illustrating how busier communities such as Bol and Supetar would have looked before the hotels were built. It wasn’t always a sleepy backwater – in the late 1800s, Sutivan produced a quarter of the island’s wine, before disease ravaged the vineyards and the community, many fleeing to South America. Today, Sutivan provides a relaxing day out, a short drive or bus journey from Supetar. 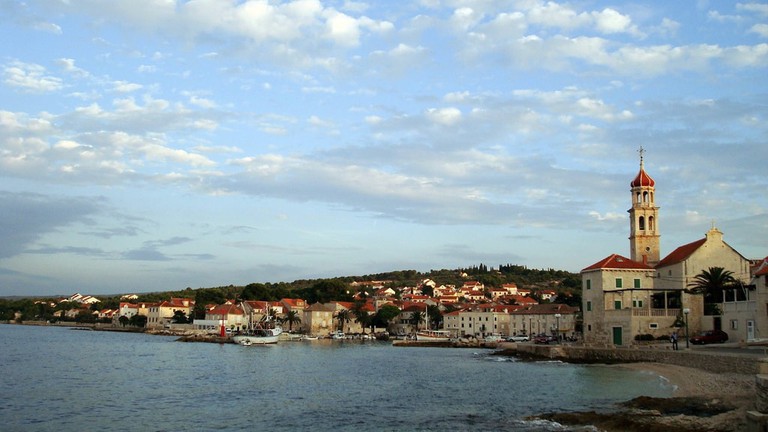 A short bus journey from Supetar, Škrip dates back 3,000 years to Illyrian times, making it a suitable spot for the Museum of Brač housed in the Radojković Tower. Its Roman Mausoleum is said to contain the remains of the wife and daughter of the Emperor Diocletian, of Split palace fame. The rest of the collection deals mainly with the agricultural development of the island.

Brač is no Hvar – if you’re looking for a real party, look elsewhere. But in Varadero, near Bol harbour, it has a quality cocktail bar with DJs during high season. Everything takes place al fresco, a large dance floor/communal area spread out below pines and between tiki-style huts. As the main nightspot on Brač, it regularly hosts drinks promotions.

Perhaps the most unusual sight on Brač is Blaca Monastery, established by monks in the 1500s and last inhabited by Niko Miličević before World War II. The trek here from Bol, either a three-hour hike or, as the monks did, by boat, brings you to a cliff-face retreat filled with instruments Miličević left behind. An enthusiastic astronomer, the last monk of Blaca bequeathed his collection of vintage clocks for future generations. 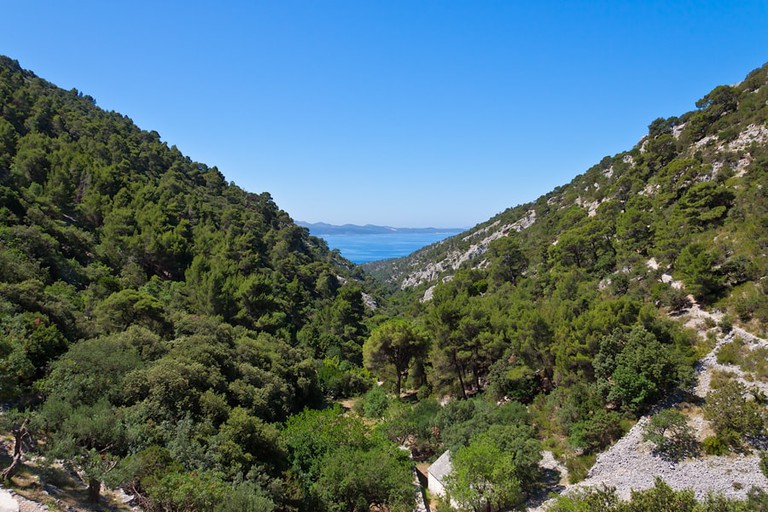 Supetar’s prodigal son, sculptor Ivan Rendić grew up on Brač, returning here after working in Italy. Supetar celebrates his legacy with a walking trail, ‘One Day with Rendić’, that takes in his family home, his gallery, the house where he spent his last years, the cemetery and the city beach nearby. The route takes you through the oldest parts of town, the seaside stop acknowledgement that it was Rendić who conceived of its initial attraction for public good. 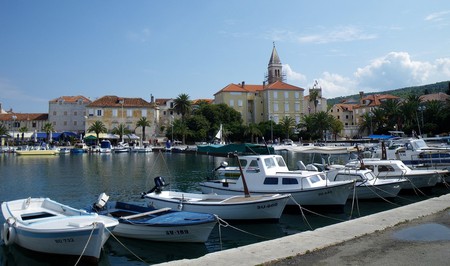 In the hills above Bol, Gornji Humac is dotted with traditional taverns that source much their produce – lamb, fresh vegetables wine, olive oil – from the surrounding countryside. In the case of authentic Konoba Tomić, this also includes sausage, prosciutto ham and cheese. In place for well over 500 years, this restaurant, lodging and family home provides a taste of rural life, as well as dishes slow-cooked using a Dalmatian device known as a peka, or bell-shaped lid.

Two centres for watersports are located close to the two main towns of Supetar and Bol. Near Supetar beach, Rent A Robert’s hires out jet skis, kayaks, tubes and banana boats, while Zoo Station in Bol concentrates on windsurfing, providing tuition on an hourly, half-day and weekly basis. 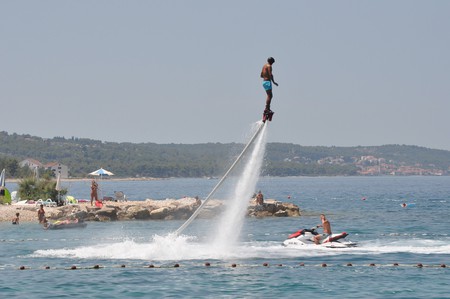 Brač watersports | © Kullez/Flickr
Give us feedback