15 Reasons Everyone Should Visit Zadar At Least Once 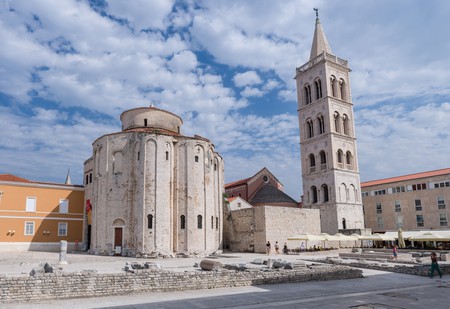 Now a sought-after destination in its own right, Zadar was put on the map by the groundbreaking Garden Lounge bar and its offshoot festivals. Zadar retains its Roman and ecclesiastical heritage while embracing charming eccentricities, such as wacky communal art installations by Nikola Bašić. 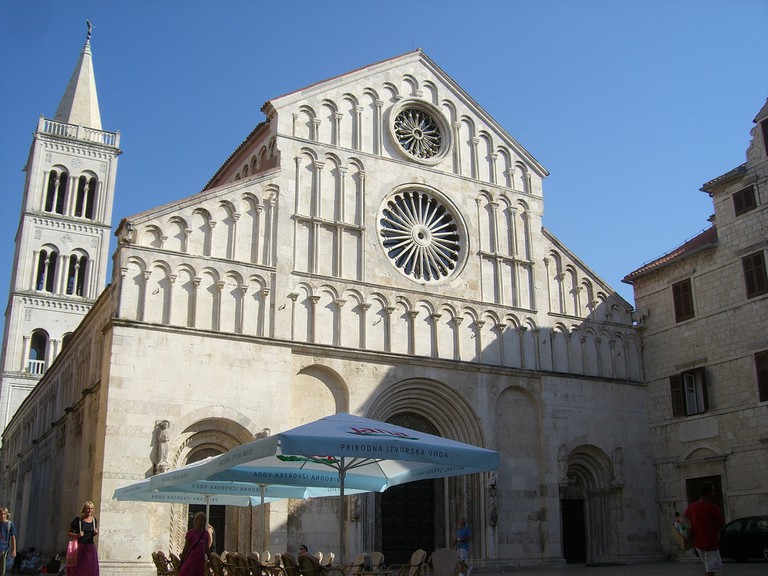 Zadar Cathedral | © Peter Collins/Flickr
Zadar Cathedral was first built in the 400s to house the remains of Saint Anastasia after whom it takes its official name. Rebuilt 800 years later, it is now the largest church in Dalmatia but that’s not why many come here. The views from the bell tower, completed by English architect Thomas Graham Jackson in the 1890s, are spectacular and worth the nominal separate entrance fee.

The sunsets seen from Zadar are of such intensity that Oscar-winning actor Cliff Robertson persuaded film director Alfred Hitchcock to come and film here. Hitch duly came for one day, took some photos, then left. Although his movie never got made, the geographical conditions remain, the landscape so positioned that it causes the sky to bleed reds and oranges as the sun sinks. The prime viewing spots are at the end of the peninsula, near the location of The Garden lounge bar. 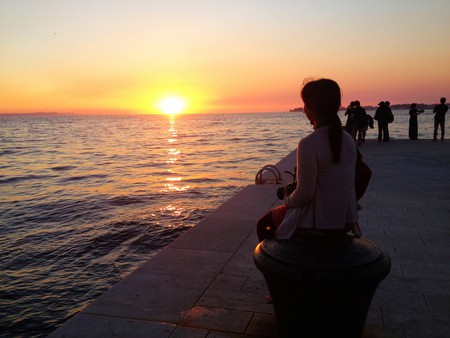 For the Archaeological Museum

Filling three floors of a modern building by the Roman forum, the Archaeological Museum is crammed with historic treasure. Starting at the top with prehistory and working down to the Middle Ages on the ground floor, the permanent collection presents the maritime culture of the original local Liburnian tribe, the sculpture and mosaics of the Romans and the early Christian worship of nearby Nin. Pride of place goes to an intricate model of how the Roman forum would have looked 2,000 years ago, leaving an informative impression once you walk immediately outside to see its modern-day remains. 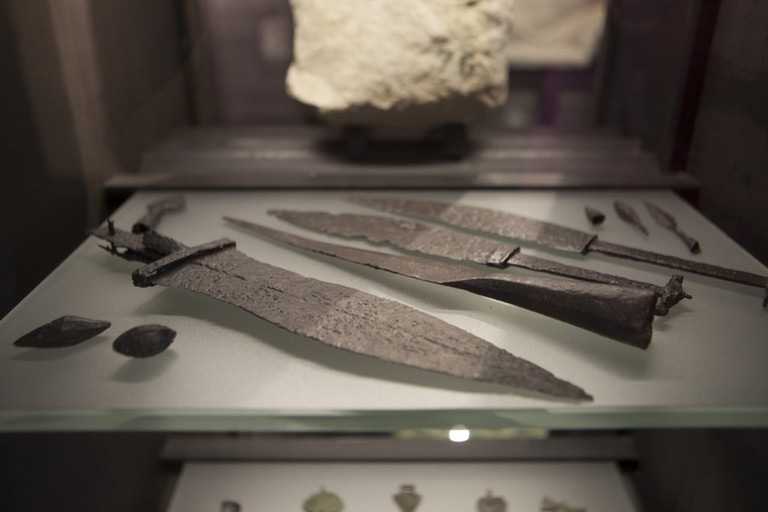 For the Garden Lounge

Few venues have changed a nation’s music and nightlife scene as much as the Garden Lounge did when opened by UK management in 2005. Occupying an elevated terrace high atop the city’s Venetian city walls, overlooking the sea and Zadar’s famous sunset, the Garden brought in quality sounds, service, drinks and food, while remaining completely chilled out. Its annual festival spawned dozens of others, first putting Zadar, then Croatia, on the global music map. The festival is no longer with us but the Garden Lounge remains, a key feature of any Zadar summer. 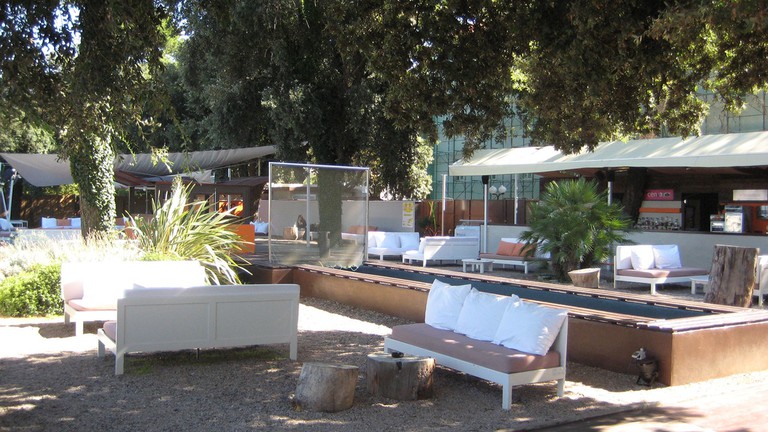 For the Sea Organ

Art Gallery, Park
Facebook
Email
Twitter
Pinterest
Copy link
Share
Map View
One of the city’s most popular attractions, the Sea Organ on the north-western tip of the peninsula has helped elevate Zadar’s status from Dalmatian backwater to destination of international renown. Local installation artist Nikola Bašić created something truly magical, a series of holes in the pavement that emit bizarre noises powered by the strength and pattern of the waves. Many are happy to sit on the sea-lapped steps and enjoy the soothing sounds, some even sunbathe alongside them.

A multi-purpose venue set in a converted warehouse, the Arsenal Zadar is a wonderfully flexible resource that can stage ballroom dancing one night, a DJ session the next, then a formal dinner the following evening. Often used for live shows, its top-of-the-range sound system installed by the people behind the Garden Lounge nearby, the Arsenal operates as a local market and exhibition centre during the day. 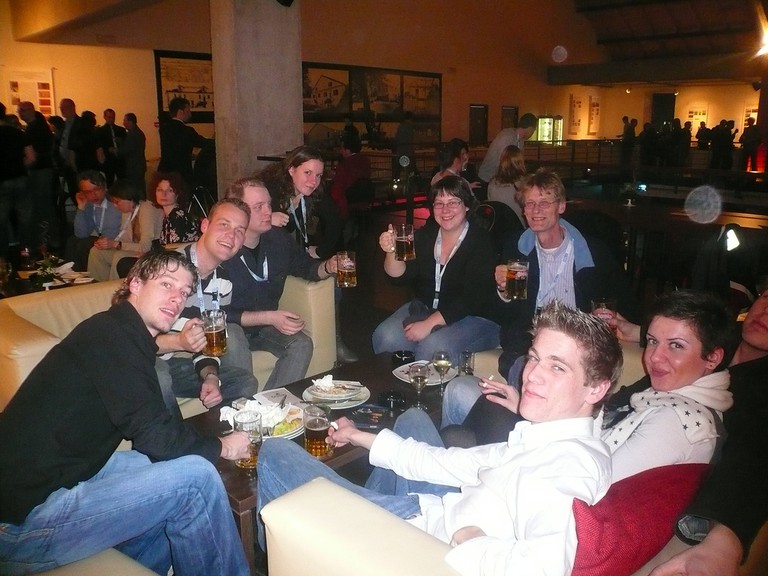 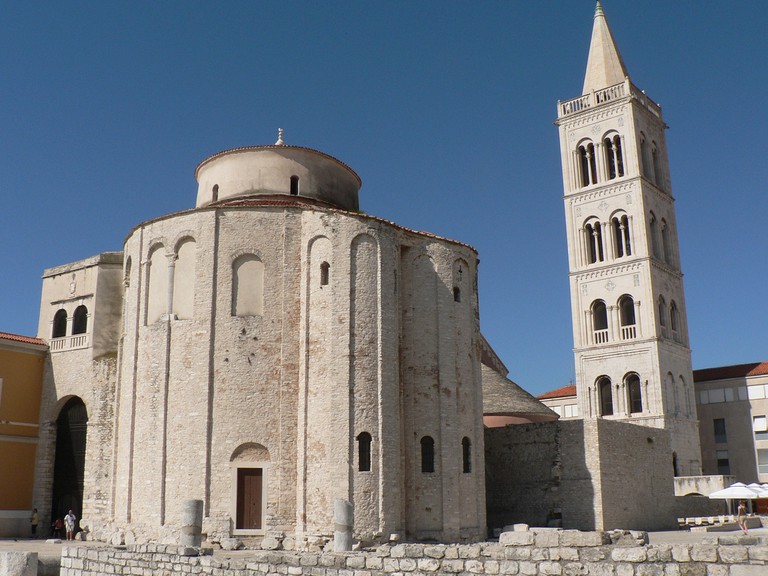 St Donat's | © Alistair Young/Flickr
This simple circular-shaped church of St Donat’s is the symbol of Zadar, beside the Roman forum. No longer a place of worship, St Donat’s hosts summer concerts, often of medieval music for which its acoustics are perfectly suited. Built by the saint of the same name, who brought the remains of St Anastasia from Constantinople to Zadar, St Donat’s was completed in the ninth century.

For the Roman forum

Stretching across an expanse of concrete, then greenery, from St Donat’s Church towards the waterfront, the Roman forum is what is left of the focal square and marketplace built by the Emperor Augustus 2,000 years ago. Here citizens gathered, traded and worshipped – pagan temples also stood here. Passers-by are free to inspect the chunks of columns and broken pillars, there’s nothing behind glass or kept under lock and key. For a better idea of how the forum looked, there’s a detailed model in the Archaeological Museum nearby. 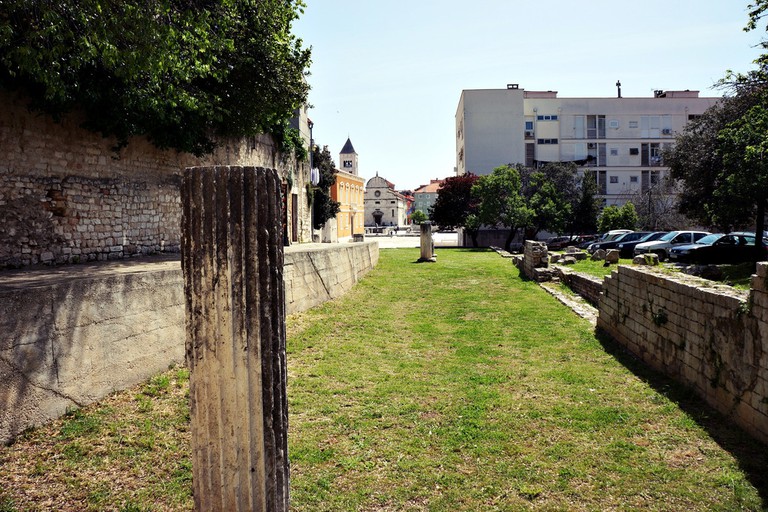 For the Greeting to the Sun

Following on from the success of his wave-powered Sea Organ, installation artist Nikola Bašić created something even more ambitious alongside. Comprising 300 glass plates forming a circle 22 metres (72 feet) in diameter, ‘The Greeting to the Sun’ runs on solar power, producing a wonderful show of light after dark. The names around the circle relate to the astronomical calendar created in Zadar in the 1290s and discovered by chance at the Bodleian Library in Oxford in 1964. 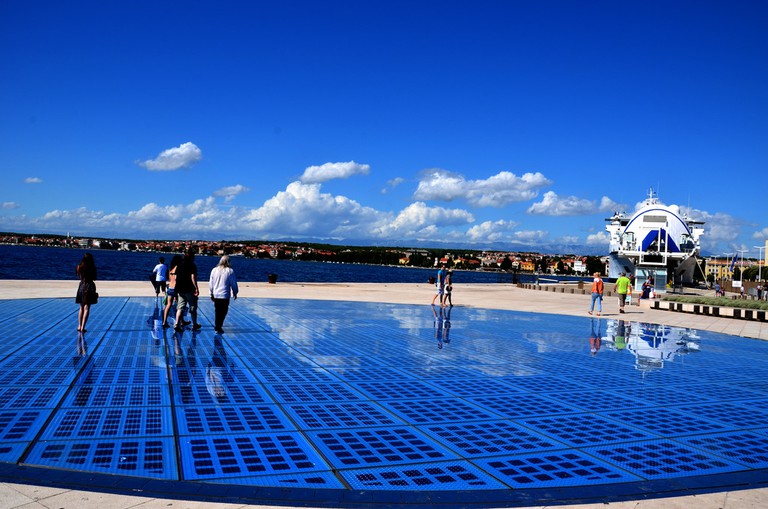 Greeting to the Sun| © Michael Pollak/Flickr

In Italian hands for three decades of the last century, Zadar is still in love with gelato and the ice-creams here are said to be the best in Croatia. Certainly, there are several choice venues around the city centre, starting with Kavana Danica, whose ice-creams are made to an original Italian recipe. More contemporary in terms of look and wacky flavours, Eva Il Gelato Originale also ensures that its ice-creams are organic. 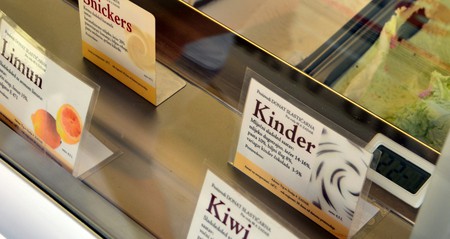 In a tradition that dates back hundreds of years, ferrymen (barkajoli) row passengers from the mainland over to the peninsula. It’s a job that is passed down from father to son and is paid for with a few coins chucked onto a coat spread out behind him, as if you were tipping a street busker. There’s no timetable. Usually a rowboat will be waiting at one end, beside Obala kneza Trpimira, where a ‘Barka’ (‘Boat’) now stands on the north-eastern tip of the peninsula, near the Garden Lounge. 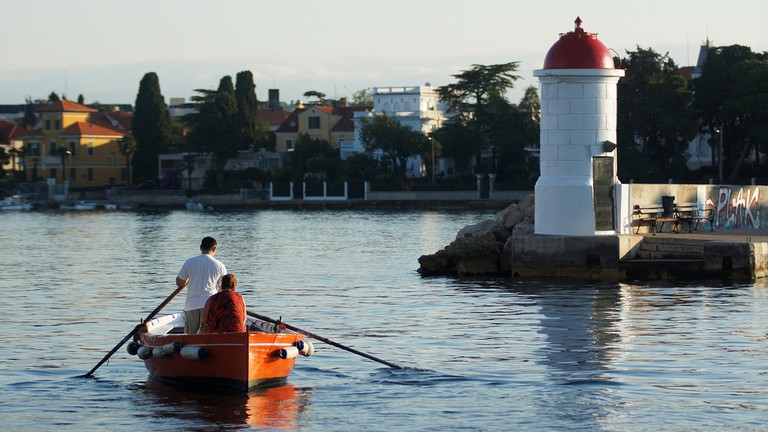 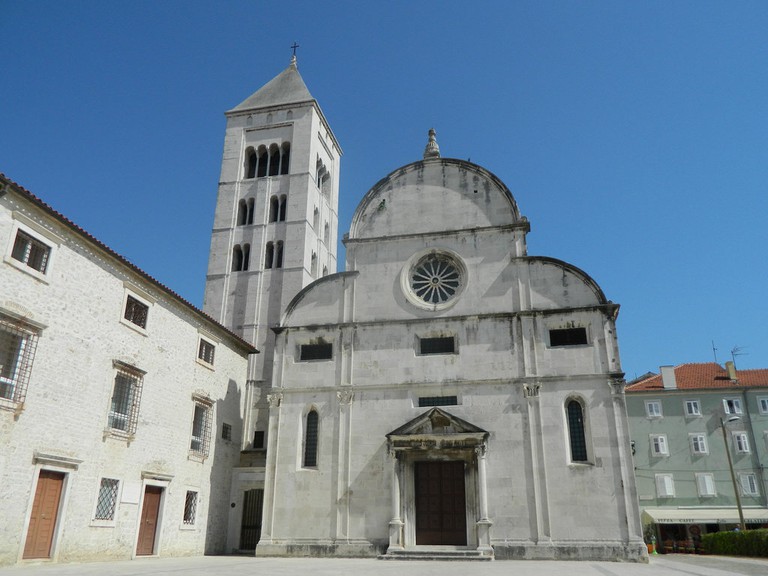 St Mary's | © Ruben Holthuijsen/Flickr
Of Zadar’s prominent churches, St Mary’s is the most prosaic, with a plain façade and remains of early medieval frescoes within. But part of the still functioning Benedictine complex houses a remarkable treasure, the Gold & Silver of Zadar. On display is a glittering collection of chalices, crucifixes, tapestries and reliquaries, something containing parts of saints. These exquisite works, dating between the eighth and 18th centuries are embellished by embroidery created by the nuns themselves.

The product for which Zadar is most famous is Maraska, a liqueur made from the maraschino cherries that grow here. First created by local monks in the 16th century, Maraska was then distilled on a commercial basis and found favour with European royalty. Today you’ll see posters and billboards for the drink all around town. State-run after World War II, the Maraska company has been scaled down, though the drink remains widely available. In 2016, it was announced that main Maraska building on the waterfront would become a four-star hotel. 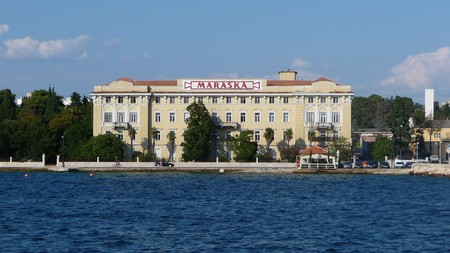 For the Museum of Ancient Glass 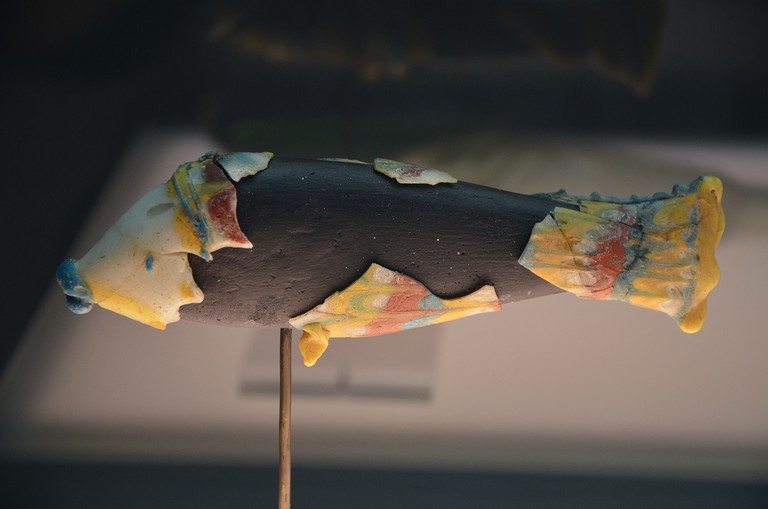 Museum of Ancient Glass | © Carole Raddato/Flickr
Zadar’s Roman treasures aren’t limited to a few chunks of stone scattered in the open air. Here at the wonderful Museum of Ancient Glass, the former Cosmacendi Palace houses a rich display of perfume jars, cups and vessels, some dating back to Roman times. The museum also lays on workshops and demonstrations of the age-old techniques that created such fine craftsmanship.

The easiest daytrip across the water is the half-hourly boat from Zadar to Ugljan, a 20-minute hop over the Zadar Channel. Streaked with hiking, cycling trails and covered in olive trees, Ugljan also contains a ruined Venetian fort and numerous beaches suitable for swimming. Bathed in the same celebrated blood-orange sunset as Zadar, it has a number of restaurants should you wish to stay for the evening, the best choice in the main town of Preko. 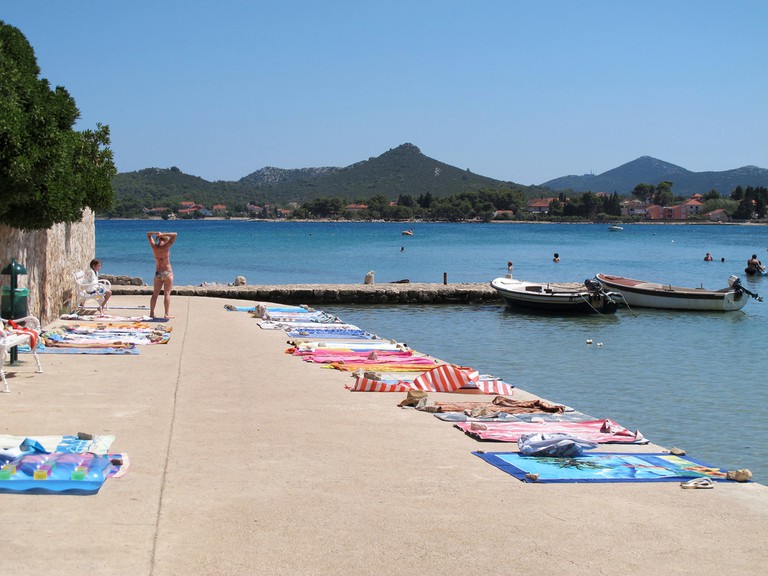