Rijeka waterfront | © Bernhard Wintersperger/Flickr | Bernhard Wintersperger/Flickr
Many use Rijeka as a jumping-off point, its regular ferries to Dalmatia allowing holidaymakers to roll in and roll out again. Yet there is plenty here to detain the curious visitor. Stately edifices reflect Rijeka’s Habsburg heritage, complemented by a thriving cultural scene, busy main street and Croatia’s most raucous carnival.

Rijeka’s showpiece theatre was opened in 1885, 10 years before its namesake in Zagreb, designed by the same architectural team of Helmer and Fellner. A tradition of performing arts had been established for 200 years, and so audiences lapped up renditions of Verdi and other Italian operas. Gustav Klimt and his brother Ernst helped create the ornate ceiling. Croatian-language performances were introduced from 1946 onwards. Today, the Croatian National Theatre stages ballet, opera and theatre and remains an architectural gem inside and out. 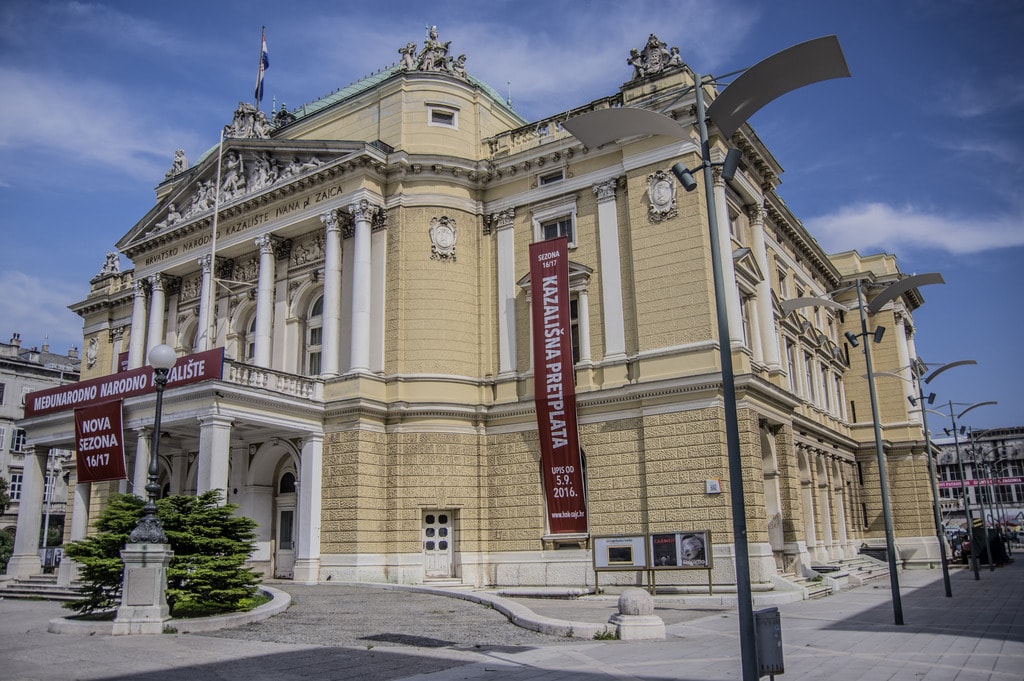 Everything happens on the Korzo. Rijeka’s main drag, running parallel to the Riva embankment. The Korzo is a pleasant, pedestrian stretch lined with café terraces and shops and always, but always, busy. At some point in the day, you’re bound to walk down it, passing the classic façades of the Radio Rijeka building and City Clock Tower. The Korzo comes into its own during Carnival time in February, when the main parade streams down it. 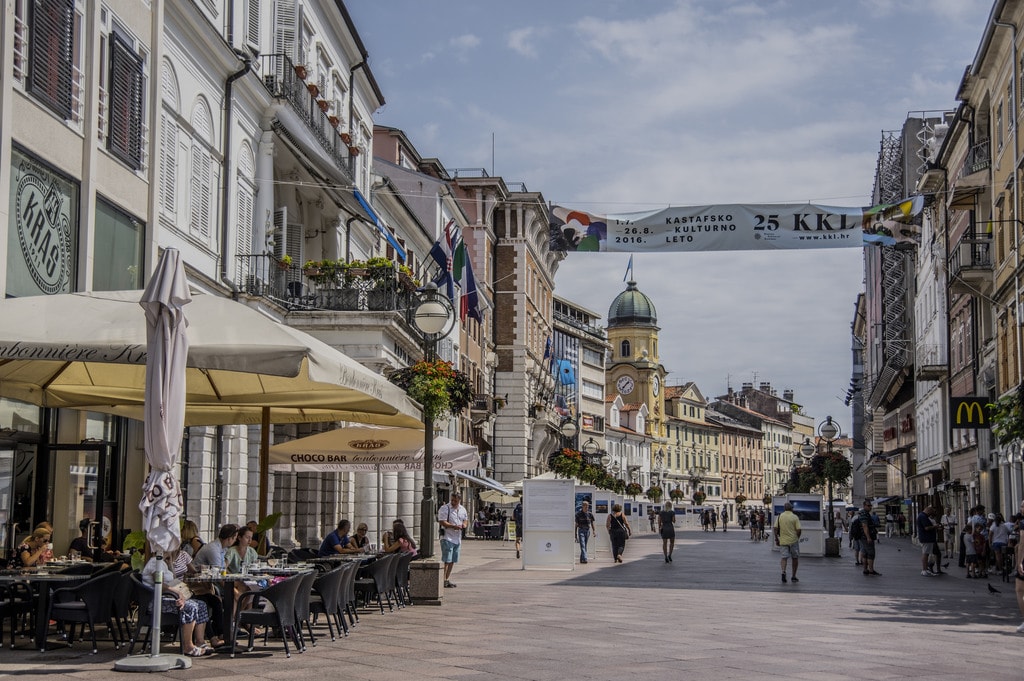 Church
Capuchin Church | © stefano Merli/Flickr
Arriving into Rijeka by bus, the striking Capuchin Church is pretty much the first thing you’ll see, towering over the station concourse with its twin staircases and striped, neo-Gothic façade. Constructed over 20 years beginning in 1904, it’s perfectly located for first-time visitors. Scale the steps and gain a first-class view of the city centre to the left and harbour area straight ahead. The small statue just below the roof is of Our Lady of Lourdes, the alternate name for this landmark.
More Info
Open In Google Maps
5 Kapucinske stube, Rijeka, Primorsko-goranska županija, 51000, Croatia
+38551335233
View menu
Visit website
Visit Facebook page
Send an Email
Give us feedback

Built by Alajos Hauszmann, one of the most prominent architects during Budapest’s boom years of the late 1800s, the Governor’s Palace personifies the word ‘stately’. This is precisely why, when the Habsburg Empire collapsed in 1918, Italian poet/politician Gabriele d’Annunzio installed himself here immediately afterwards and declared his own short-lived independent republic. Today this grandiose landmark houses the Maritime & History Museum of the Croatian Coast and Rijeka City Museum, both of reasonable interest to the passing visitor. 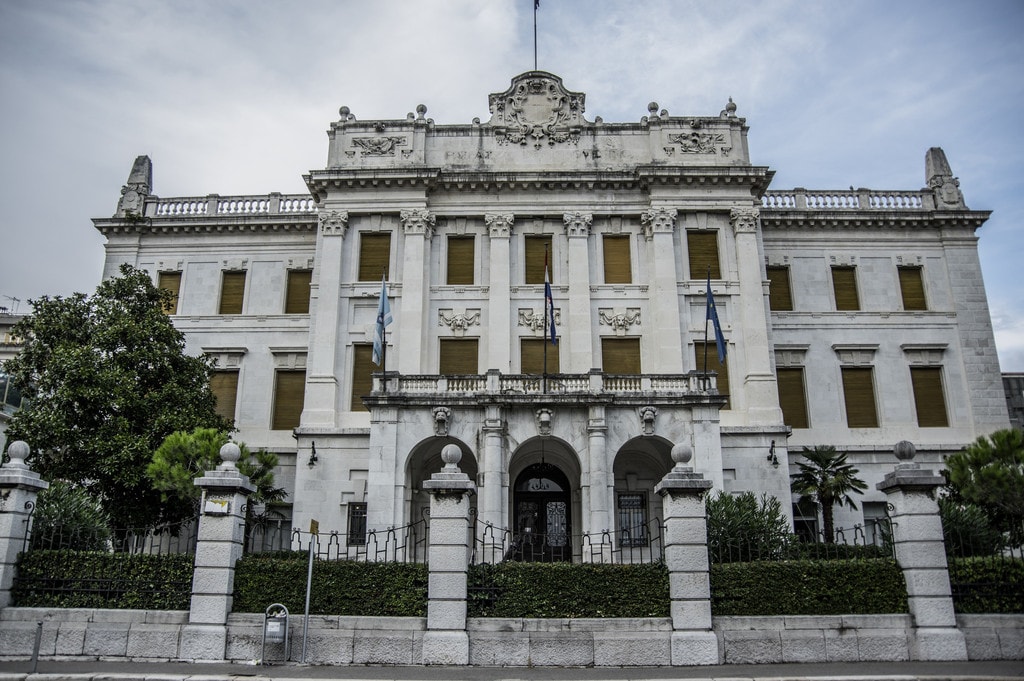 Moving to a new location by Rijeka train station in October 2017, the Museum of Modern & Contemporary Art was the most prominent and adventurous of its kind until its counterpart opened in Zagreb. Its permanent collection includes a section on posters of the mid to late 1900s, and the Cubist-influenced portraits by Rijeka-born painter Romolo Venucci, many bequeathed by his widow. The New Media collection is a more recent innovation.

Built around a mausoleum of an Irish general who liberated this part of the world from Napoleon, Trsat Castle remained in the hands of the descendants of Laval Nugent until the 1940s. As you scale the steep staircase from downtown Titov trg, you can see why this vantage point was so attractive the entire Kvarner Gulf is visible. Today, this same view provides the foreground for the terrace café set up here, while the building is used for open-air concerts. You can also visit the stately Nugent mausoleum. 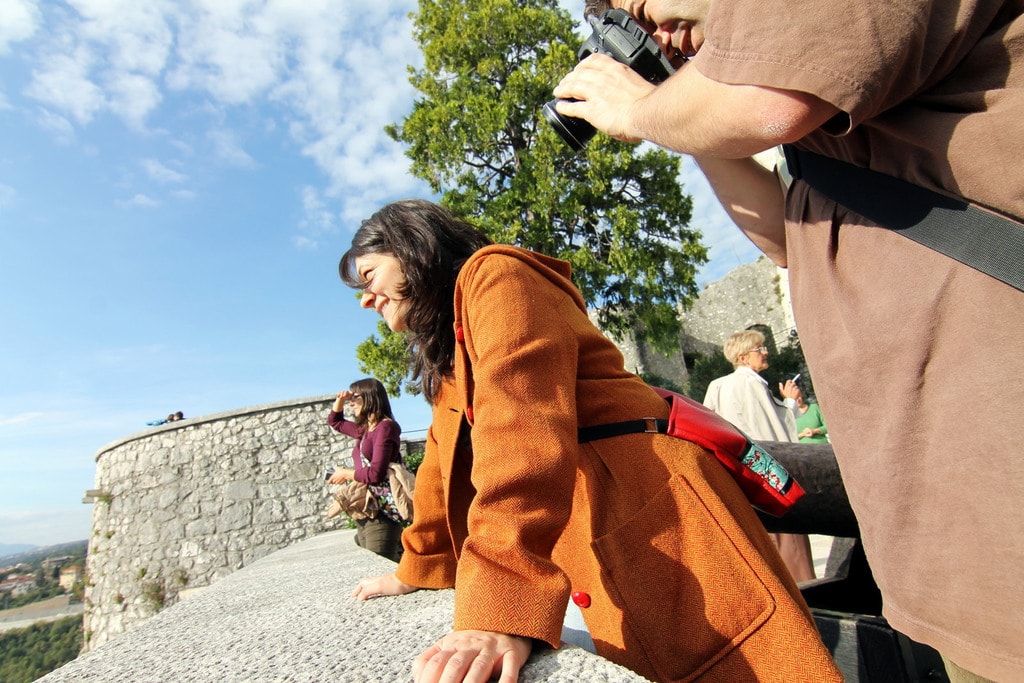 It’s typical of quirky Rijeka that it should have one of the most offbeat and niche museums in Croatia. Peek&Poke comprises an abstract collection of some 2,000 items of technology, when technology meant computers that filled half a room and games barely above the hoop-and-stick level of sophistication. Mainly focused on the 1980s, Peek&Poke displays Nintendo games consoles and potentially lucrative creations from the Sinclair stable that failed to take off. Sir Clive and other inventors are at least granted the courtesy of a short bio and background text.

The symbol of Rijeka is its City Clock Tower, the Gradski toranj, referred to colloquially as Pod uriloj. This was originally the medieval entrance to the town centre from the waterfront, so when Filbert Bazarig created an elaborate Baroque tower from it in 1876, he still left an arched gateway below. The Habsburg iconography that adorns its walls dates from this time, when Rijeka was an essential port for its Budapest-based Hungarian rulers. The City Clock Tower remains a revered landmark and popular choice for central rendezvous. 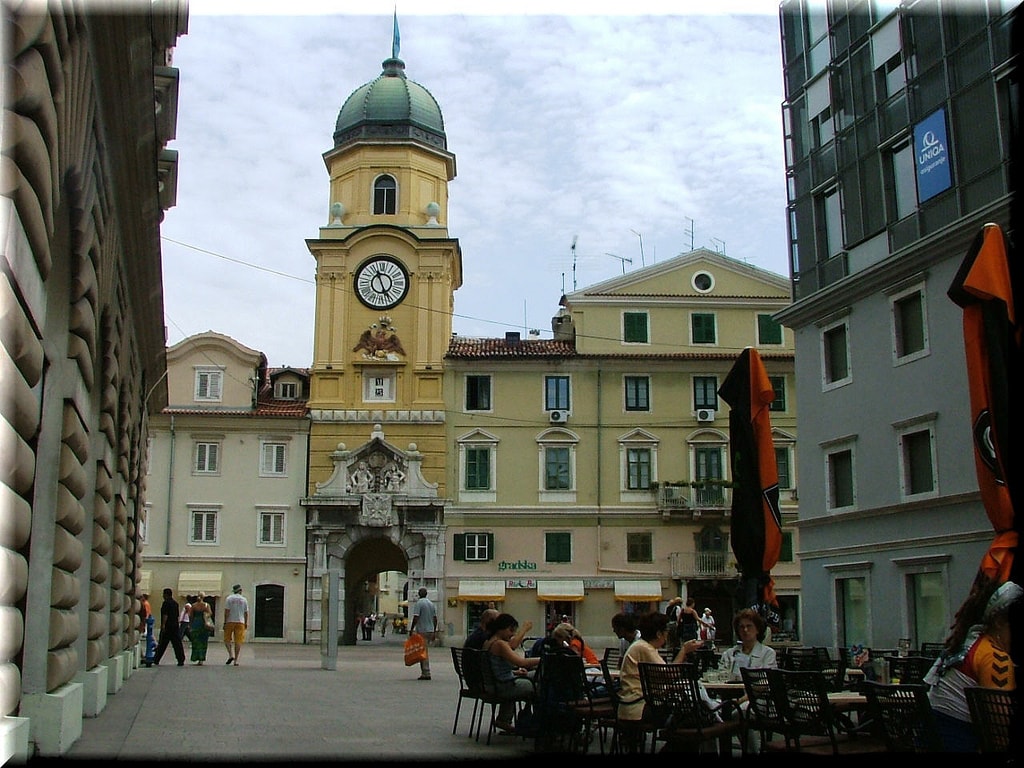 If you’re going to visit Rijeka, the prime time would be for February’s Carnival. The biggest of its kind in Croatia, Rijeka Carnival has ballooned into a major international happening attracting 100,000 visitors. Many think of Rijeka Carnival as being one event, but several smaller parades precede the celebration, aka, Croatia’s Mardi Gras, most notably one parade for children. The main act, though, is always the Sunday before Ash Wednesday, when everyone turns out to watch or participate, and the Korzo becomes an all-day party zone. The most striking costumes belong to the Bellringers, Zvončari, whose terrifying masks point to the Carnival’s pagan roots.

Rijeka harbour is a constant hive of activity, whether it’s the sleek white Jadrolinija ferries bound for Dalmatia all the way south or the people in and out of the cafés and bars dotted along the waterfront. More than 200,000 ferry passengers a year set off from here, but the city’s plans go much further than serving holiday demand – already Croatia’s main port, Rijeka, is aiming to become the leading transport hub for the Adriatic, with a rail link planned with Zagreb and new bridge to Krk island.

Somewhat modest in appearance to be termed a cathedral, St Vitus is nonetheless the seat of the Archbishop of Rijeka. There has been a church here since the Middle Ages, though it was the Jesuits who created the building in its current, rotunda form, after they arrived in Rijeka in the early 1600s. It’s worth exploring within for Baroque statuary, dating back to the 1700s. 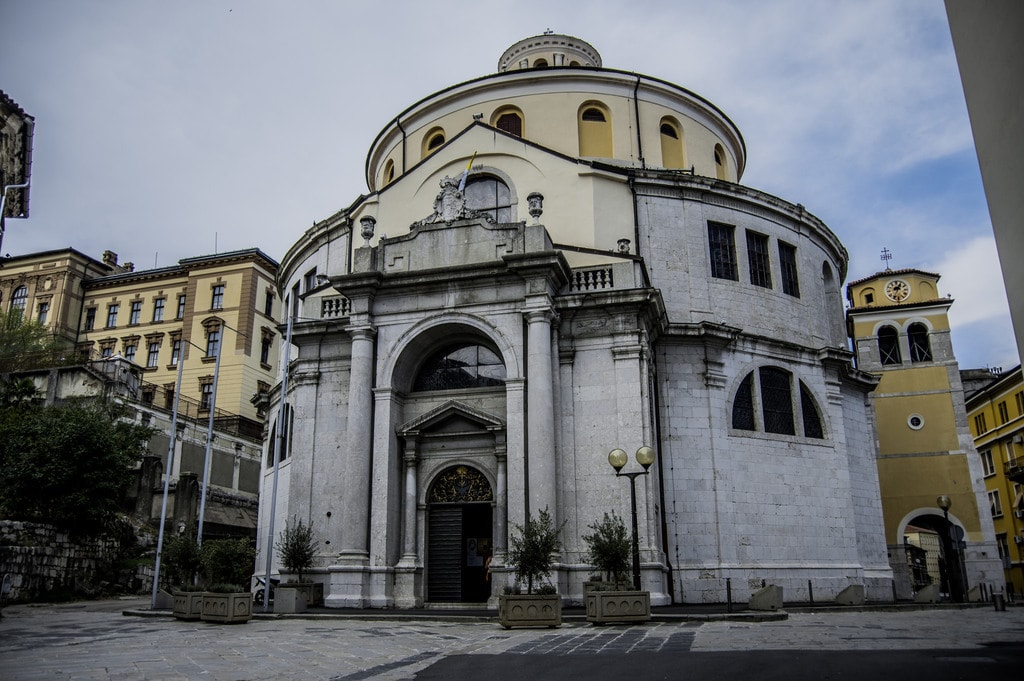