Key Words and Phrases You Need to Know Before Visiting Croatia 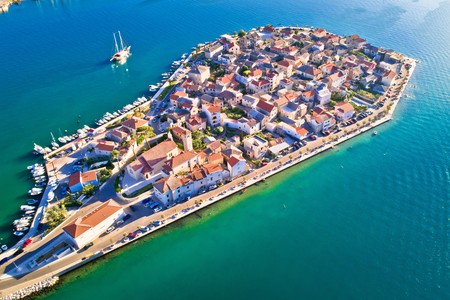 Heading to Zagreb, Dubrovnik or Hvar? Get the most out of your trip to Croatia by picking up these key Croatian words and phrases.

Croatian – as learners will attest – isn’t the easiest language with which to throw down the linguistic gauntlet. Famous for its puzzling padeži (grammatical cases), Croatian also has grammatical genders (masculine, feminine and neuter) and formal and informal forms of address. A member of the Slavic branch of Indo-European languages, Croatian is closely related to the branch’s southwestern subgroup, which includes Serbian, Bosnian and Montenegrin.

Croatian has three major dialect groups (which some linguists argue are actually separate languages): Kajkavian and Čakavian are spoken only in Croatia, while Štokavian is used in Croatia, Bosnia and Herzegovina, Montenegro and Serbia. Though a language doesn’t rely on the existence of a script, one in particular has a special spot in Croatian history. In 1248, Croats became the only nation in Europe given special permission to use the Glagolitic alphabet (glagoljica), which dates to the 9th century. Today, Croatian is written in Latin script, with 30 letters including five diacritics. One of the EU’s official languages, Croatian has around 5.5m speakers.

Read on for a guide that’ll equip you with the Croatian essentials (plus a few intriguing idioms) on your next visit to the country.

Say bok to the most basic greetings in Croatia. Use bok when greeting one or more friends and pozdrav in formal situations. Both can be used to say goodbye too, under the same circumstances. Consider bok and pozdrav your Croatian alohas.

Dobro jutro, dobar dan and dobra večer are your formal greeting go-tos. They’re only used when coming, not going – and keep in mind that exchanging polite greetings with total strangers is the norm in Croatia (in elevators, when entering a room, on the street…). While its literal translation is “easy night”, laku noć has a similar function to the English “good night” and can be used informally and formally.

Use kako si with friends or people significantly younger than you, and kako ste with people you’ve just met, people older than you and groups. Croatian has the informal (ti) and formal, or plural, (vi) distinction; if you’re familiar with Spanish or French – think the tú–usted and tu–vous relationship. If you’re not sure which to use, it’s best to go formal and wait until you hear “Možemo li na ti?” – meaning, let’s switch to informal.

You’ll hear doviđenja (literally meaning “until seeing”), or its shortened and slightly less formal ‘đenja, often in Croatia – because the culture calls for exchanging polite goodbyes with strangers as well. Ugodan dan (literally “comfortable day”) has the same function as doviđenja – use them at the supermarket, marketplace, doctor’s office, government office or just about anywhere.

Meaning: Can I have a water / coffee / wine / beer / rakija please?

This is the polite and grammatically correct way to order a drink. All you need are two words: molim, and your drink of choice. You can also swap in a specific brand – for example, Molim Zmajsko (a local craft beer – write this one down!).

Cheers, Croatian-style, literally translates to “live”. If you exchange this with a group of friends, you’re all toasting to each other’s lives – how slatko (“sweet”) of you. For a truly Croatian experience, cheers with each person individually, making eye contact as your glasses touch.

Don’t dig in before saying dobar tek. Each person at the table usually says this once to the entire table after the first course has been served.

Meaning: How much does it cost?

Use this in restaurants and shops. Simply point to the menu item or product in front of you, and say: Koliko košta?

In Croatian, receive your check by reordering the words – molim račun translates literally to “please bill”.

Meaning: Thank you / Many thanks / Thank you kindly

Croatian can get very…colourful, even when it comes to saying thank you. We’ll spare you the wilder choices for now and keep it polite with hvala (thank you), puno hvala (many thanks), and hvala lijepa (literally “thank you beautifully”– thanks on steroids).

When saying sorry to a friend, use oprosti, and oprostite for people you don’t know, older people and groups. Ispričavam se translates to “I apologise”, and both oprostite and ispričavam se can be used as “excuse me” as well.

Keep these handy if someone starts speaking Croatian to you, or before you ask for help or directions. Croats will likely be able to help you in almost fluent English – if not another language too. From first grade through high school, Croats are taught three languages – Croatian, English and another language of choice – plus, much of the country lives on international tourism.

With friends and loved ones

Meaning: I love you

Meaning: I miss you

You might just need this one during your departure.

Meaning: Thank you for the invite / It was great

Thank your friends and hosts for their hospitality. In Croatia, if you’re a guest in someone’s home (for a party, dinner or any type of gathering), it’s customary to bring gifts, such as chocolate, a bottle of wine or coffee.

A bit of Croatian ‘mudrost’ (wisdom)

Meaning: The axe fell into honey

This expression is used when someone wins or achieves success by chance – for example, winning the lottery.

Little things that seem insignificant on their own can add up to something useful and wonderful.

Meaning: You can’t tell who is drinking, and who is paying

Used to denote a chaotic, unclear or disorganised situation, this phrase can be exemplified by many a football match, when players and referees disagree about a call. Fans can look down on the field, shaking their heads and muttering ne zna se tko pije, a tko plaća…

Meaning: Protect like water in the palm of the hand

This expression means to truly treasure something – like maybe your freshly minted Croatian language knowledge!