10 Experiences You Can Only Have in Croatia

Whether it’s discovering an idyllic island, or raving as sunrise comes up over the Adriatic, Croatia offers the kind of adventures that nowhere else can. Throw in treasures from Ancient Egypt, a bizarre grotto bathed in blue and films projected around a pristine Roman colosseum and you have something quite simply unique among Europe’s destinations.

Taking the plunge in Krka
Park 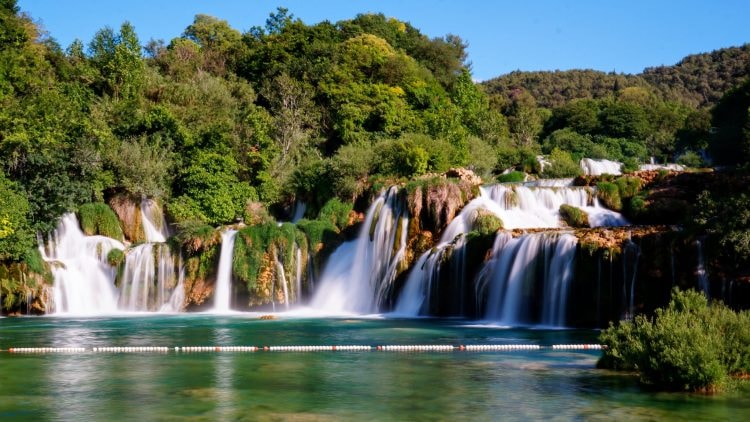 A visit to Plitvice, Krka’s rival national park further north, is a unique experience, its cascades, pools and waterfalls as beautiful as nature intended. While those in Krka are equally stunning, there’s one huge difference at this fabulous attraction near Šibenik – you can dive in. While Plitvice banned swimming in its turquoise waters, Krka still permits visitors to plunge into its photogenic lagoon of Skradinski buk. So popular has this activity become that in 2017, the authorities limited the numbers of visitors at any one time.
More Info
Lozovac, Šibenik-Knin County, Croatia
+38522201777
Visit website

Buža I and Buža II are two terrace bars cut into the sea facing cliffs propping up Dubrovnik’s City Walls. Buža means ‘hole in the wall’, precisely describing each bar entrance, but not hinting at the stupendous panoramic sea view on offer. Behind St Stephen’s Church, Buža I also provides sunbathing and access to the Adriatic via metal steps below. Further along, Buža II has a thatched roof and waitstaff wear branded venue T-shirts. From the square of Ruđera Boškovića, look for the sign saying ‘Cold Drinks With The Most Beautiful View’.

Admiring Split’s Sphinx
Memorial, Building
Every day in summer, thousands of tourists trundle through Peristil, the centrepiece courtyard at the heart of Diocletian’s Palace in Split. They may recognise the classic dimensions created by Roman Emperor Diocletian nearly 2,000 years ago. What they may not know is that overlooking the whole scene from her perch on the southern side of the square is an Ancient Egyptian sphinx. As authentic as the day Diocletian had her shipped over from the Valley of the Kings, this near perfectly preserved specimen dates back to 1,450 BC and the reign of Thutmose III.
More Info
1 Dioklecijanova ulica, Split, Splitsko-dalmatinska županija, 21000, Croatia
+385977790719
Visit website
Experiencing Zadar’s Sea Organ
Art Gallery, Park
Once unveiled and walked past every day, art installations tend to be overlooked. Not so in Zadar. A short walk from the main square, the Sea Organ still attracts hundreds of curious visitors every day. Through holes bored into the pavement by a set of steps lapped by the sea, 35 organ pipes emit strange tones as you approach. The work of local artist Nikola Bašić, the Sea Organ is powered by the rhythm of the waves. In a similar vein, he later created the nearby ‘Greeting To The Sun’, a circle of glass panels that follows similar patterns.
More Info
Obala kralja Petra Krešimira IV, Zadar, 23000, Croatia
+38523316166
Visit website
Exploring the Blue Cave
Natural Feature
In a land of natural wonders, the Blue Cave in Biševo beats them all. Every day, boatloads of tourists head to this small island near Vis from the nearby resort of Komiža. Accessible only by sea, the Blue Cave is so called because of the strange phenomenon that occurs as the sun gains full height in summer. An underwater opening lets in the sun’s rays to bathe the cave in blue light, attracting visitors to dive into the water. Tours also involve a picnic lunch at a nearby beach.
More Info
Lubenice, Primorje-Gorski Kotar County, 51557, Croatia
Walking Dubrovnik’s City Walls
Memorial 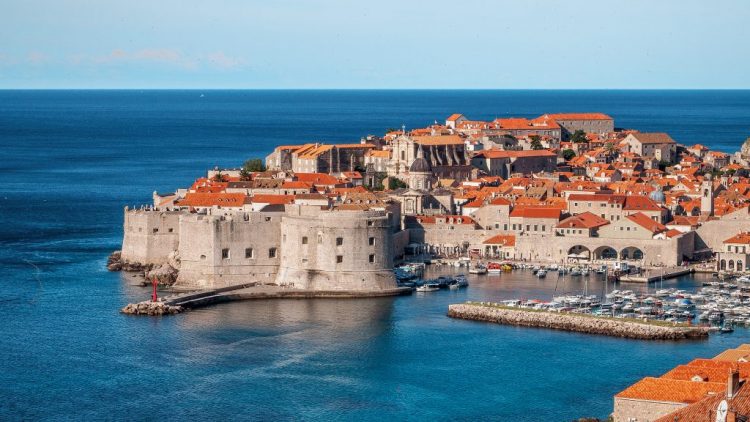 If the Eiffel Tower means France and Big Ben means England, then the City Walls surrounding Dubrovnik, pristine white against the blue of sky and Adriatic, signify Croatia. As captivatingly beautiful as the day they were first broached by Napoleon in 1806, they represent the power and guile of what was Ragusa, the medieval maritime city state that created today’s Dubrovnik. A tour around them reveals the exquisite craftsmanship involved, first by Florentine master Michelozzo and then by his successors. From this vantage point, the views of the sea, hills and Old Town below are unsurpassable.
More Info
Dubrovnik, Dubrovnik-Neretva County, Croatia
+38520638801
Entering Pula Amphitheatre
Stadium, Ruins
To be surrounded by a near intact circle of stadium walls built by the Romans would be memorable in itself. But the amphitheatre in the centre of Pula provides the setting for all kinds of events through the summer. Just as it staged gladiatorial contests 2,000 years ago, the Arena hosts the annual Pula Film Festival, live shows by famous opera singers and major pop stars, and the Outlook underground dance festival. You can also visit the amphitheatre by day and see where the lions and gladiators would have waited their turn on the big stage.
More Info
Flavijevska ulica, Pula, Istarska županija, 52100, Croatia
+38552219028
Visit website
Sailing Kornati
Park
There is no national park like Kornati. Comprising 89 of a 140-island archipelago in northern Dalmatia, Kornati is uninhabited and uncultivated. What you’ll see as you drift past on an organised boat tour is raw natural beauty, interspersed by the occasional fisherman’s hut or temporary shelter close to a more benign shore somewhere. A treat for scuba divers, Kornati is known for its rare marine life such as sponges and coral.
More Info
2 Ulica Butina, Murter, Šibensko-kninska županija, 22243, Croatia
+38522435740
Visit website

There’s a reason why Croatia is suddenly inundated with music festivals up and down the coast all summer long: location. Few other destinations can offer the quality and variety of festival settings as Croatia. From a pristine coast to ruined forts, Roman amphitheatres and nightclub-lined lakes, the country has a surfeit of prime outdoor spaces for DJs to spin and bands to play. Add crowds of music-savvy locals, planeloads of party-seeking foreigners and near-guaranteed sunshine, and the result is a very memorable experience indeed. 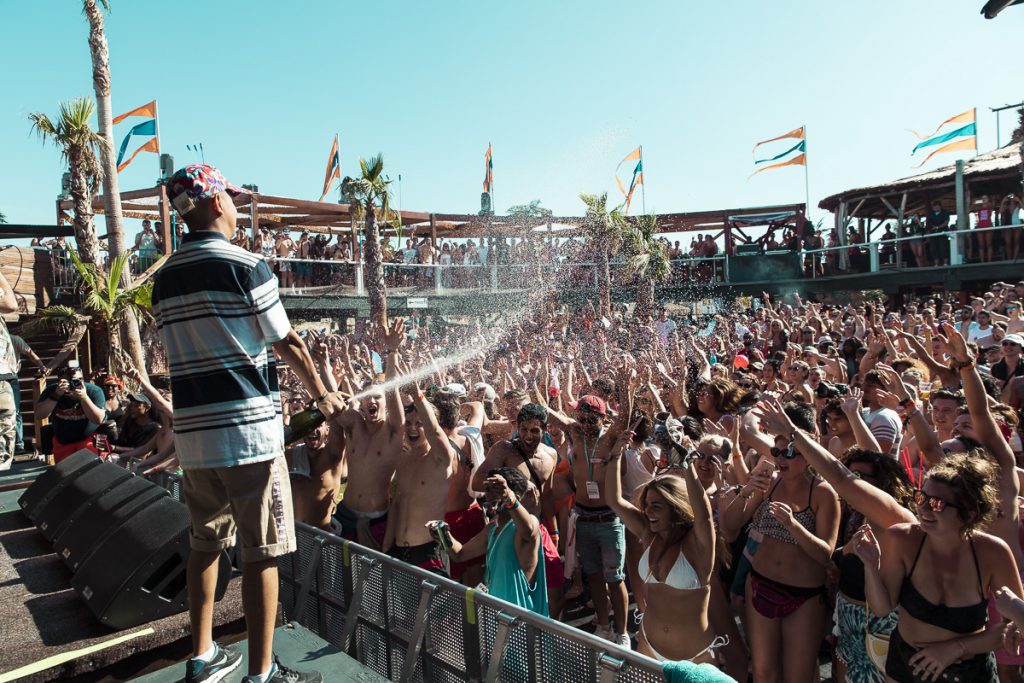 Touring the vineyards of Pelješac
Winery
Wine has been cultivated on Pelješac, a long, narrow peninsula pointing towards Korčula, since the Ancient Greeks. But it was one particular winegrower, Miljenko (‘Mike’) Grgić who transformed the industry here in modern times, creating a grape variety known as Plavac Mali, a cousin of Zinfandel. The result is ruby red Dingač, a number of quality wineries near the steep sun-facing slopes around Potomje, and international fame. Produced in limited quantities, these wines are not exported in large numbers. To sample them, you must take a wine tour, stopping off to enjoy the hospitality at each cellar.
More Info
Potomje, Dubrovnik-Neretva County, Croatia