Top 10 Things To Do And See In Liège

Holding the title of “Most Visited City in Wallonia” (Belgium’s French-speaking region), Liege attracts visitors near and far with its folksy charm: quirky architecture, a pervasive joie de vivre. The Culture Trip brings you the best things to do in the city.

Completed in 2009, this masterpiece signé Santiago Calatrava is considered by contemporary architecture enthusiasts as the most beautiful in all of Belgium. The station houses temporary exhibitions and a tourist office, where you will find useful pamphlets and a tourist map that will guide you around the station. 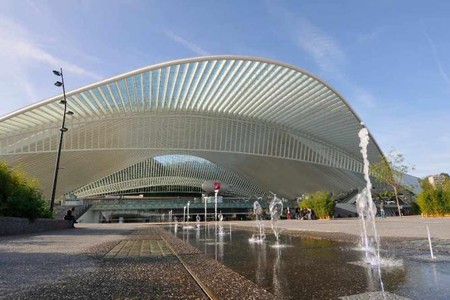 Indulge in a Liège waffle

Belgian beer, Speculoos cookies, and French fries (in reality, a Belgian invention) are, as in all Belgian cities, on sale throughout Liège. However what sets Liège apart from other Belgian destinations are its authentic Liège waffles, which contain delicious exploding sugar crystals. While most of the well-known waffle shops use industrially produced batter, the bakery Une gaufrette saperlipopette has made headlines since its opening for offering completely home-made waffles. 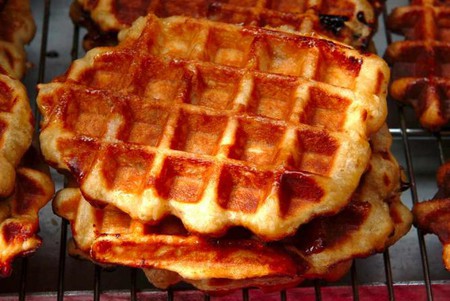 “Scale” the Mountain of Bueren

With a 30 degree slope and 374 steps, the so-called Mountain of Bueren (Montagne de Bueren) has been nominated as the most extreme stairway in the world. This “mountain” is truly a sight to behold, especially on the first Saturday of October. During the Night of the Hills – La Nuit des Coteaux – candles are placed along the stairs to create a truly beautiful display. Make sure to arrive no later than ten o’clock as the event leaves a trail of mess —candles overturned, plastic and beer cans scattered every which way. 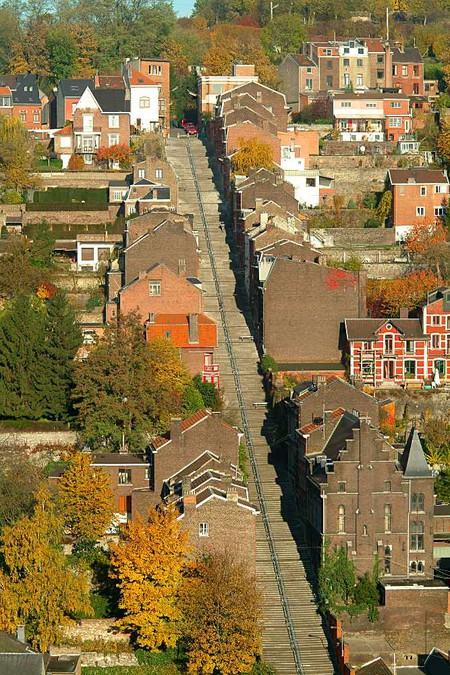 Quench your thirst in the Place du Marché

Home to a wealth of bars, Place du Marché is one of the most buzzing local haunts and the perfect place for a drink before exploring the medieval center. Make sure to admire the symmetrical stairway of the city hall (l’hôtel de ville de Liège) and the a fountain with a sculpture of the Three Graces perched atop. 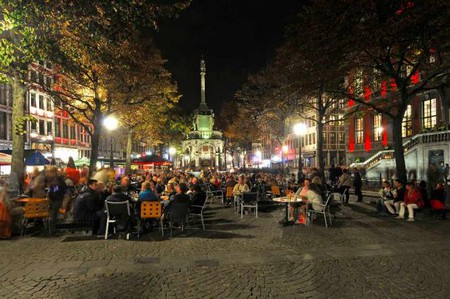 Head back in time via la rue du Carré

For all of you Renaissance Faire-goers, the historical medieval center will enthrall you. Wander around the various artisanal shops, while trying to locate the narrowest medieval alleyway in all of Liège: la rue du Carré. Overshadowed by the massive walls flanking this ruelle, you’ll find yourself instantly transported back in time.

Founded in the 11th century, this gorgeous church in Mosan style houses a moulded baptismal font equally in the same style. Mosan, the adjectival form derived from the Meuse River, which courses through France, Belgium, the Netherlands, and Germany, describes a medieval style of architecture and metalwork centered around Liège and characterized by a mix of styles popular in these countries. This eclecticism can be seen in the Mosan westwerk, Rhineland-influenced twin towers, and the polychromy of the exterior walls. As for the baptismal font, it appears on the list of the official 7 Wonders of Belgium. 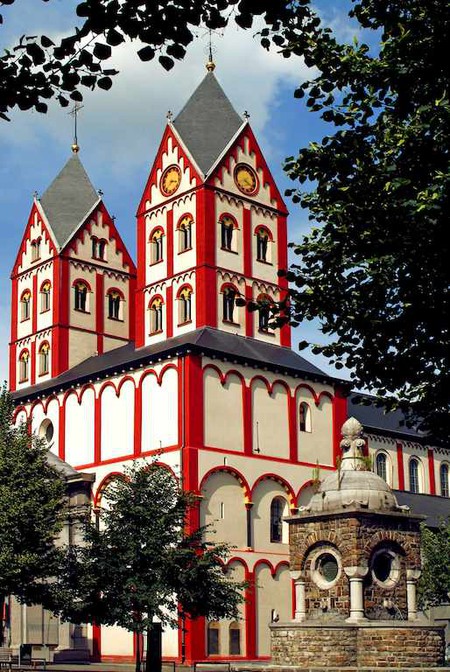 This inner courtyard is just as surreal as Dali’s painting depicting Saint Anthony. The central sculpture, which dominates the courtyard, contains a stream which lazes through a channel drain connecting a Mayan pyramid to an Egyptian obelisk. To add to the wonkiness, postmodern-style houses form the courtyard’s perimeter. One row of buildings has thresholds with a column in the middle of each, forcing inhabitants to encircle it in order to arrive at the door. The full effect of this mish-mash of an Egyptian/Mayan-influenced sculpture and postmodern architecture is quite something, especially when the court stands silent, monastery-like. 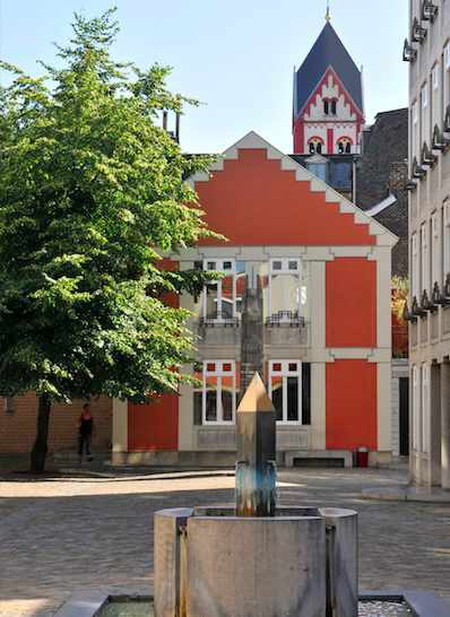 This inner courtyard is just as surreal as Dali’s painting depicting Saint Anthony. The central sculpture, which dominates the courtyard, contains a stream which lazes through a channel drain connecting a Mayan pyramid to an Egyptian obelisk. One row of buildings has thresholds with a column in the middle of each, forcing inhabitants to encircle it in order to arrive at the door. The full effect of this mish-mash of an Egyptian/Mayan-influenced sculpture and postmodern architecture is quite something, especially when the court stands silent, monastery-like.

The traditional dish that every tourist should try before leaving is boulets frites in sauce lapin. This literally translates as meatballs and fries in rabbit sauce – a tasty Belgium sweet and sour sauce. In spite of the suggestions to the contrary, you won’t find any rabbits here, the name of the sauce actually comes from the last name of the female inventor, Géraldine Lapin. 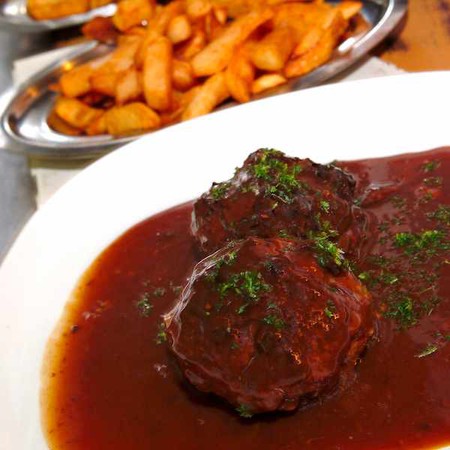 Quench your thirst with a shot of peket

The alcoholic drink peket is made from juniper berries. It can be drunk straight but is typically mixed with fruit flavors, usually lemon. Boasting roughly 30 flavors and conveniently located near the place du Marché, the House of Peket (La Maison du Peket) is the place to go for this local drink.

Party it up in the Carré

Don’t let the Carré’s quaint shops and restaurants during daylight hours fool you. At night, the Carré swarms with droves of giddy bar-hoppers. For those of you who want to hit the dance floor, Point de vie arguably plays the best music,offering a heady mix of hip hop and pop. For LGBTQ tourists, Sweet is your best bet, while Notger, the chicest bar in the Carré, caters exclusively to 30+ers.