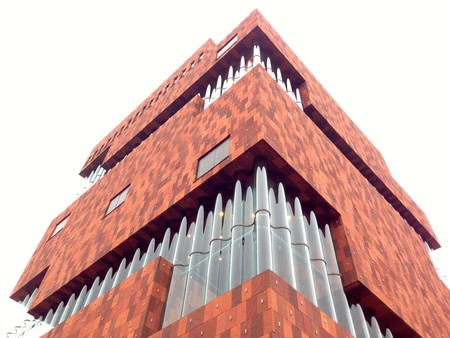 While you may have picked up on Antwerp’s status as diamond central or the steady stream of talented fashion designers it produces (just think of the influential Antwerp Six), the second-largest city in Belgium has a lot more pleasant surprises in store.

Home to one of the world’s most beautiful railway stations

A gorgeous blend of baroque adornments and modernist industrial features, Antwerp’s central railway station is a sight for sore eyes. While architect Louis Delacenserie’s eclectic flavor makes it hard to fit the station’s aesthetic into a neat box, agreement on the illustrious beauty of this multi-leveled architectural gem is strong. 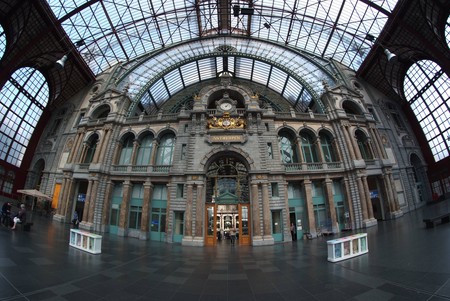 Named for a legend

Legend goes that Antwerp has quite the tale regarding the origins of its name. A major clue lies in the fountain statue that the city has proudly placed in the middle of its main market square, right in front of the impressive city hall. On top stands Brabo, the young Roman hero who, according to the myth, liberated the people from Antigoon, a giant who plagued the area by demanding tolls to cross the river Schelde and made a habit of cutting off one hand of anyone who refused to pay. Brave Brabo gave the cruel giant a taste of his own medicine when he severed Antigoon’s hand and threw it into the water. Hence, the Dutch name Antwerpen, derived from ‘hand-werpen’, meaning hand throwing. 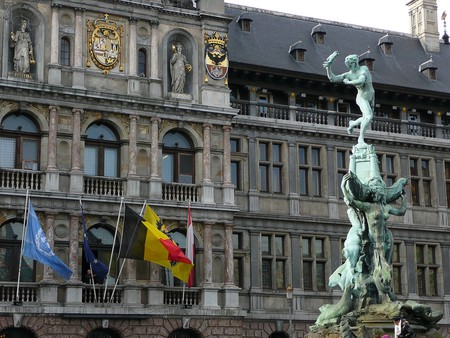 The statue of brave young Brabo in front of City Hall, throwing the giant’s hand into the Schelde | © Metro Centric/Flickr

What better city to go in search of that perfect cup of joe than the one storing the most beans in the entire world? With over 300,000 tons of coffee being stored in the port of Antwerp at any given moment, it’s no wonder the city runneth over with stylish bars dedicated to the black gold – many of which also roast their own beans.

The museum that transformed a neighborhood

The city truly hit the bullseye when it planted an imposing new museum in the middle of the harbor quarter in 2011. Outlining the role of Antwerp as a port city throughout the ages, the long-awaited MAS (Museum by the Stream) became an architectural beauty with windows in the form of ripples, surrounded by the water the city holds so dear. Its presence has been the backbone of harbor area ‘t Eilandje’s transformation into one of the most vibrant neighborhoods around, not to mention its gorgeous rooftop view.

Home to one of Europe’s oldest zoos

Along with almost a 1,000 species, a lot of history is to be found in the temples and grounds of Antwerp Zoo. One of the oldest on the European mainland and part of Builder King Leopold II’s inheritance, the animal park first opened its gates in 1843, a mere 13 years after Belgium became an independent country. 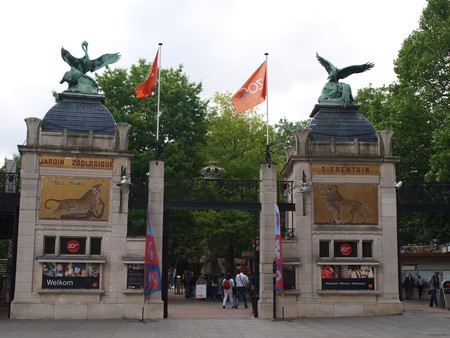 The entrance gate to the Antwerp Zoo, one of Europe’s oldest | © Nigel's Europe & Beyond/Flickr

All aboard for Ellis Island

Centuries ago, the journey for many immigrants to a new life in North America went through Antwerp. Two million people from all over Europe flocked to Belgium’s port city to board the ship setting sail to the land where big dreams were reported to come true. The new Red Star Line Museum commemorates the lives of the passengers in the very place where they first stepped aboard the ship that would carry them across continents. 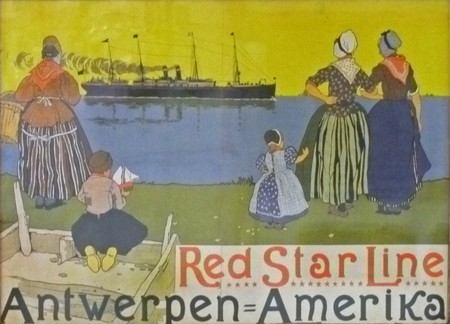 A dialect worth saving

You’ll sooner know a true local Antwaarpener by the sound of his voice than anything else about his or her appearance. The unique words incomprehensible to any other Belgian, the sharp ‘a’s, the juicy pronunciation… Antwaarps is alive and well. Even today, a lot of speakers are passionate about keeping the dialect alive, as proven by the recent publication of a small dictionary and even a new edition of a Spike and Suzy album, completely in the dialect of their spiritual father, Antwerp-born Willy Vandersteen.