The Must-Visit Attractions in Bruges, Belgium 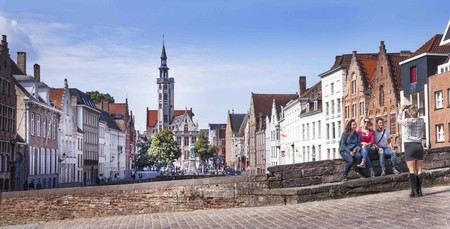 For many, the best-preserved medieval city in northern Europe is Bruges, a fairytale destination that blends architecture, art and history with excellent beer. If you want to explore it for yourself, here are the attractions you shouldn’t pass up.

Bruges is full of old-world charm that has been attracting visitors for centuries. Today, it’s a city break favourite thanks to its array of bars, restaurants and hotels. Scratch the surface and the Venice of the North will show you the best in chocolate, beer and historic landmarks – the entire city is Unesco-designated, after all. Here are some of the must-visit attractions in Bruges, Belgium.

Forget those marbled seashells – real Belgian chocolate is finely ground, with a high cocoa content and pure cocoa butter. The Chocolate Line is a family-run chocolate factory in the city centre, where choc aficionados Fabienne and Dominique – along with their son Julius – make delicious artisanal products while supporting sustainability and social projects. Visit to see (and taste) how their chocolate is made, plus how they give back.

Snap a photo at Quay of the Rosary (Rozenhoedkaai) 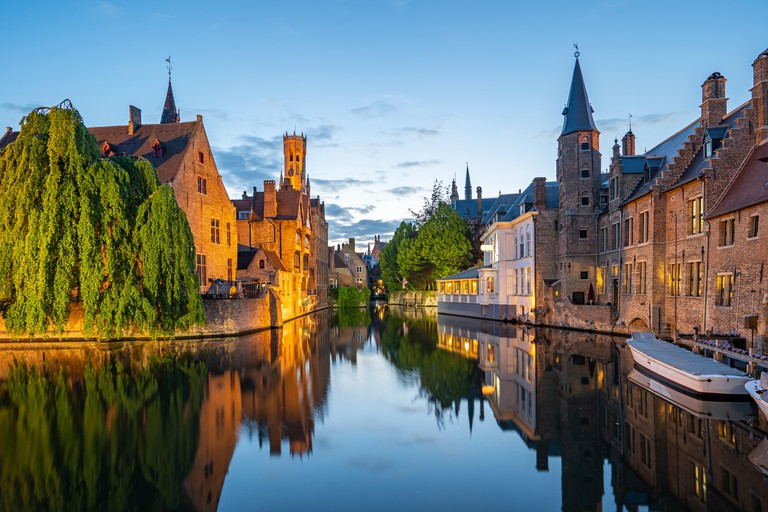 The Rozenhoedkaai – named after the rosaries that were once sold here – is vintage Bruges. Its painterly composition of reflective canals, ancient houses, a quaint bridge and the Belfry peeking out from the back, make it the most photographed spot in the city. Catch it at a golden hour if you can. Magical.

Visit the Belfry Tower of Bruges 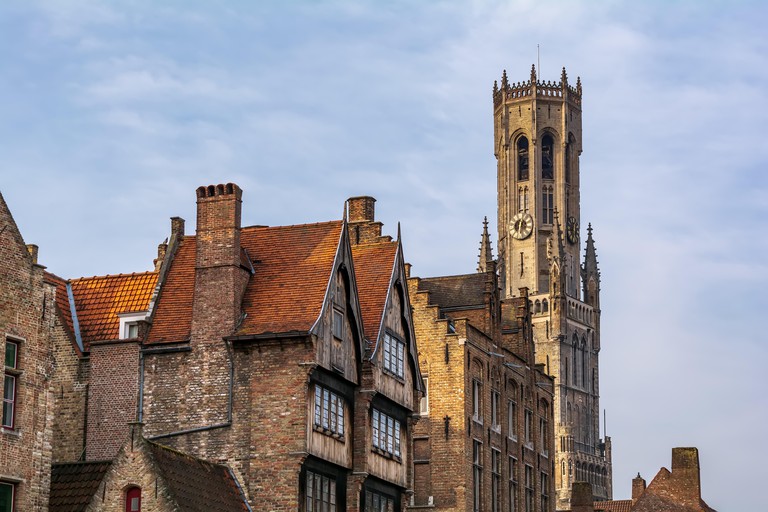 © Lena Maximova / Alamy Stock Photo
The Belfry Tower is a medieval bell tower, first built as an 83m (272ft) high observation point for spotting fires and other dangers in and around Bruges. The narrow (and steep) staircase to the top has 366 steps and is open to the public for an entry fee. The views from the top are incredible, but it’s worth knowing the tower leans roughly a metre to the east – and the bells still chime to this day.

Soak up the Markt of Bruges (especially in winter)

The Belfry Tower and Cloth Hall overlook the Markt square, a space that dates back to 958CE. In medieval times, crowds would gather here for festivals, tournaments, uprisings – and even executions. By day, it’s a meeting spot for locals, tours and a place to enjoy a horse-drawn carriage ride. At night, the buzzy bars, restaurants and music venues come alive while ice skating and a Christmas market grace the square in winter months.

Immerse yourself at the Historium Bruges 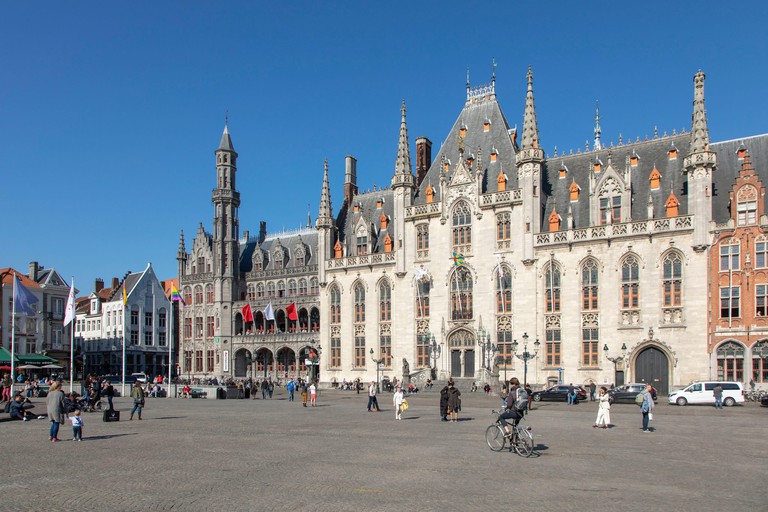 © Hemis / Alamy Stock Photo
For a fun, immersive history lesson, head to Historium on the square. The one-hour visceral experience will transport you to medieval Bruges using film, music and special effects. Walk between themed rooms led by an audio guide and find yourself standing in the middle of a banquet, battlefield or inside an artist’s studio with all the sounds, smell and visuals to make it feel real. Climb the tower to enjoy a 360-degree view over Bruges.

Find space at the Beguinage

Park
Facebook
Email
Twitter
Pinterest
Copy link
Share
A peaceful escape from the tourist madness can be found at the Princely Beguinage Ten Wijngaerde. The 14th-century collection of white houses used to be home to Beguines: pious women who were interested neither in marriage nor in taking the vows that nuns did. The garden is at its most beautiful when its trademark daffodils bloom in spring though, in truth, this is something of an oasis year-round.

Check out the Minnewater Park and Bridge 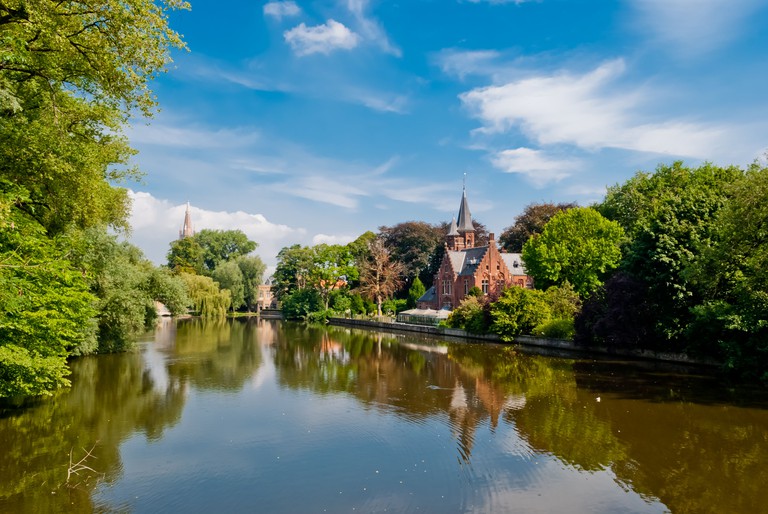 From the Beguinage, it’s a two-minute walk to the Minnewater Bridge, which sits above the Lake of Love. Legend has it that walking across with your partner will lead to eternal love. Head towards the verdant Minnewater Park for a view of the lovely Castle de la Faille with its soaring spires.

Admire masterpieces at the Groeninge Museum 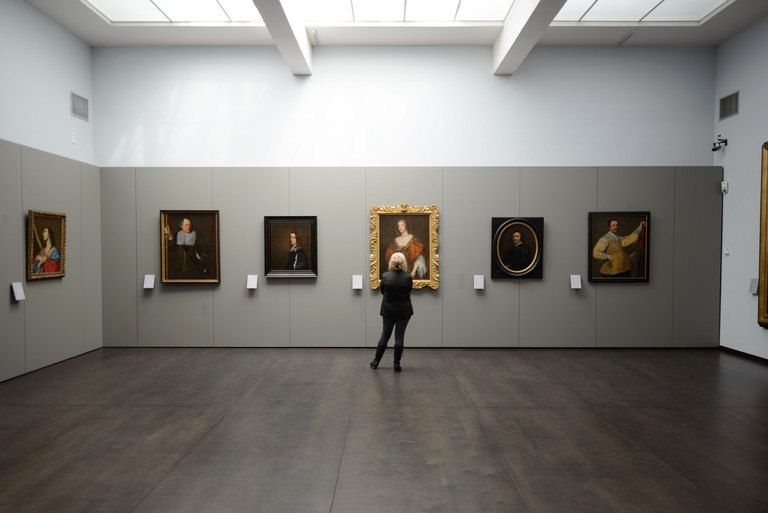 © Have Camera Will Travel / Alamy Stock Photo
The Groeninge Museum was built on the site of the medieval Eekhout Abbey. Here you will see six centuries worth of Belgian and historical European art in one location, from work by Flemish primitives, such as Jan van Eyck, Hans Memling and Gerard David, all the way to 20th-century modern art by René Magritte. You’ll also see significant works from renaissance and baroque masters all in one of the most beautiful and diverse art collections in the world.

Explore the windmills of Bruges

Architectural Landmark
Facebook
Email
Twitter
Pinterest
Copy link
Share
Take a walk along the city ramparts to find four ancient windmills – all that remains of 25 to 30 such giants that once dotted the town walls. The remaining four can be found on the northeast side, with two of them – the Sint-Janshuis Mill and the Koelewei Mill – still dutifully grinding grain.

Watch a concert at the Concertgebouw Bruges 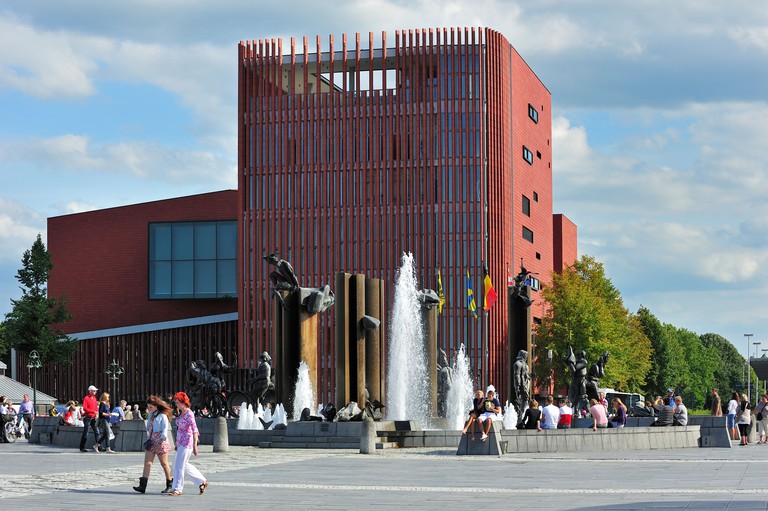 © Arterra Picture Library / Alamy Stock Photo
Concertgebouw Bruges is one of the rare contemporary attractions that can hold its own among the town’s parade of medieval landmarks. World-class acoustics attract world-class musicians and that’s exactly what architect duo Robbrecht and Daem had in mind when they designed the hall on almost 5,000 steel springs.

This article was originally written by Nana Van De Poel and has since been updated.