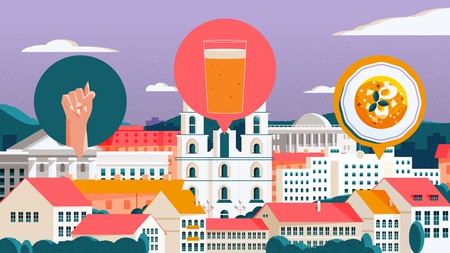 After years of losing ground to Russian, Belarus’s national language has been experiencing a revival. Get the most out of your trip to Belarus by picking up these key Belarusian words and phrases.

Known in Belarusian as беларуская мова (belaruskaya mova), this East Slavic language has weathered a turbulent history of late. Developed from the dialects of Ruthenian found on ethnic Belarusian territory at the end of the 18th century, this language has endured periods of Russification and Polish influence. With its use for long periods limited to the countryside – which, in turn, gave birth to the stereotype of Belarusian as a ‘peasant language’ – it remains vulnerable and still largely plays second fiddle to Russian (a co-official language) in daily life. According to research released by the Belarusian Operations and Analysis Centre in 2019, only 3.5 percent of the population speak Belarusian at home, while 43.5 percent speak trasianka – a mix of Russian and Belarusian.

Nonetheless, a basic grasp of some key Belarusian phrases promises to win you a host of new friends, not to mention insight into the rich Belarusian culture. 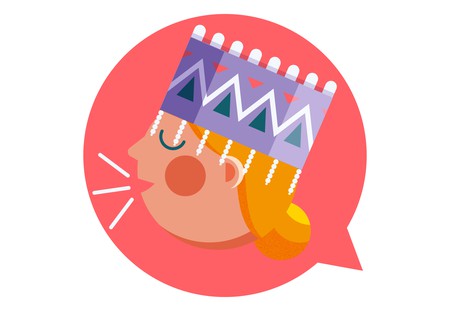 A great way to make friends wherever you go is to learn to greet them in their language. Once you’re firm friends, opt for a more casual Vitayu, syabry, where syabry means friends.

Barring the Minsk restaurants serving breakfast until 4pm, dobray ranitsy is only used pre-midday, after which point it is replaced with dobry dzyen. In turn, post-6pm, dobry vechar comes to the fore. This rule of thumb doesn’t apply to people whose working day starts very early – you can greet them with dobry dzyen well before noon.

This is a neutral phrase, which means you can use it in both formal and informal contexts. Are you planning to see each other again soon? Then opt for a more casual da sustrechy (‘Until the next meeting’).

Simple but necessary. As a bonus, these words are very similar in Polish and Ukrainian, making you look and feel like a polyglot.

Prabachtsye is an all-purpose word. You can use it on its own, for instance, when making your way through the crowd or accidentally brushing against someone. When followed by a polite request, it can help you get things done. Prabachtsye makes you sound humble and polite. The informal variants include pra-bach / praba-chay, vy-bach / vyba-chay – listen for them.

The Belarusian word dzyakuy has many relatives across Eastern and Central Europe: dziękuję in Polish, дякую (dyakuyu) in Ukrainian and the slightly less obvious d’akujem in Slovakian, to name a few. United by a common root, these words may be traced back to the Old Slavonic dyaka, which means ‘the feeling of gratitude in return for a good deed’. If you want to take it to another level, you can say shchyra dzyakuyu / vyaliki dzyakuy – thanks a lot.

Phrases like kali laska are what makes the Belarusian language so melodic or sing-songy. Use it when asking for a favour or in response to being thanked. When in Minsk, you can even pay a visit to a charity shop of the same name.

As it’s so unusual for visitors to speak Belarusian, one innocuous remark in Belarusian can lead to a barrage of questions. In such a situation, you can simply say ya nye razmawlyayu pa-byelarusku. 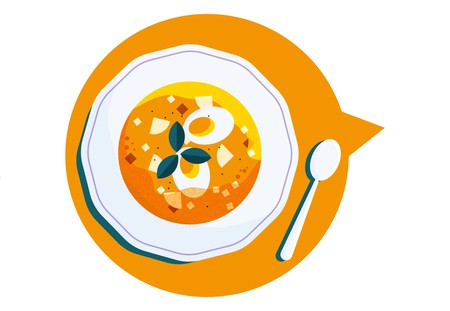 Visiting a restaurant or bar

This generic phrase is just what you need to start the night right. Don’t focus on beer for too long, though – try starka (a type of hard alcohol made from fermented rye mash) or krambambula (a uniquely Belarusian drink consisting of red wine and various kinds of liquor).

A useful but dangerous phrase – your good command of Belarusian might win you a long and heavy night out.

It is almost obligatory to wish each other smachnoha at the start of a meal. Smachna means delicious, and the whole phrase translates as ‘have a delicious meal’. If you want to compliment the food (and the host), respond with vyel’mi smachna – ‘very tasty’.

They say that drunk people can understand each other without ever learning each other’s language. However, your new friends will be pleased to see you have done some research. Za vasha zdarowye sounds similar to its other Slavic counterparts, and means precisely the same – ‘to your health’. Make a note that za vasha zdarowye is used to address people or groups of people you don’t know very well. When greeting one person, you should say za tvayo zdarowye. 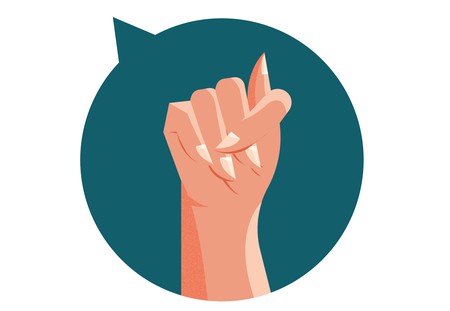 One of the better-known Belarusian expressions translates to ‘hide in potatoes’ and is used to describe a worrisome situation. Potatoes are an integral part of Belarusian life and folklore – they are known as the ‘second bread’, and digging potatoes is akin to a coming-of-age ritual.

Tsyrk na drotsye means ‘circus on a wire’, referencing the high-wire performers popular in the past. The sight of a daredevil tightrope walker invariably kept the audience in awe, and these days, the expression is used to describe a ludicrous or dramatic situation.

Meaning: Concealed discontent; something unpleasant, hidden from the public eye

Fiha is a mildly obscene gesture made with the thumb tucked between the index and middle fingers. Also known as the ‘fig’ sign, it was first used in ancient Rome before spreading across the world and finding its way to Belarus. Fiha na talyertsy, meaning ‘fig on a plate’, is typically used to convey disappointment, unfounded hope or frustration at something that was never meant to happen but for one short moment seemed like a reality. The slightly modified fiha tabe na talyertsy is a rather blunt way to refuse something – popular among children and adults.