Why You Won't Find Any Weed in Ganja, Azerbaijan 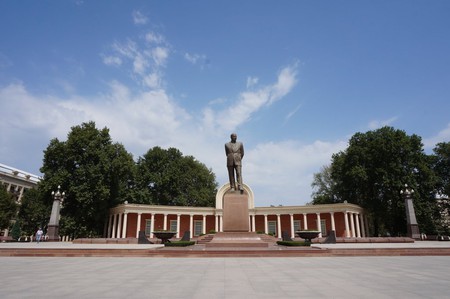 A city in the Caucasus attracts the attention of potheads around the globe. The name evokes images of Amsterdam or part of the United States where smokers can enjoy their stash without worrying about breaking the law. But life in Azerbaijan’s second city Ganja probably won’t meet these expectations. 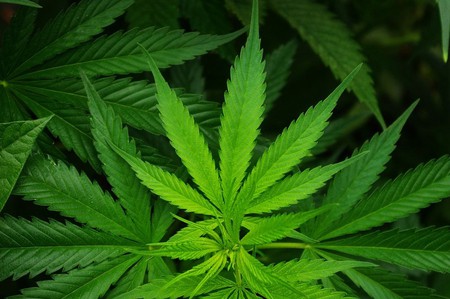 Located in Western Azerbaijan, Ganja is the second largest city after Baku. While the region gets few tourists, it provides a feel of the real Azerbaijan away from the capital’s colossal development projects funded by oil money. Travellers exploring the Caucasus often pass through Ganja before heading to or coming from Georgia. Despite its off-the-beaten-path feel, the city presents an intriguing story for those who take the time to look.

The Story of Ganja

An Arab established a settlement in modern-day Ganja more than 1300 years ago. According to legend, he found a treasure and became the governor. Both the Persians and Arabs destroyed the area in the 7th century. After passing through a series of rulers and suffering from a devastating earthquake in the 12th century, the Turkish Seljuks took the region through a cultural revival and Golden Age.

Ongoing battles between the Turkish, Persians and Russians eventually culminated in Ganja, coming under Russian control in 1813. Renamed Elisabethpol after Tsar Alexander’s wife and later Kirovabad by Stalin, Azerbaijan returned to the original name of Ganja after their independence in 1991. A fascinating history, but it doesn’t explain the name and its apparent link to weed.

Why is Ganja Called Ganja?

As with much of Azerbaijan, different schools of thought exist, and like Baku’s Maiden Tower nobody knows for sure. Some historians believe the name derives from the Persian Ganj meaning ‘treasure’, after the first Arab governor discovered a treasure here. Others suggest the etymology derives from the Arabic Dzhanza or even the Georgian Gandza. Read another source, and it comes from the term Gan meaning ‘wide’. It might even originate from the Ganjak Tribes that once migrated and inhabited the region. And to make things even more complicated for the non-historian, Azerbaijan’s most famous poet who hailed from the region was named Nizami Ganjavi.

Despite the vagaries and best guesses of historians, only two things are certain: First, nobody quite knows why Ganja is called Ganja and second, it most definitely wasn’t named after weed.

What Will You Find in Azerbaijan’s Ganja?

You might not find weed in Ganja, but visitors will find a blend of Islamic and Azerbaijani architecture, historical relics and an unrivalled level of hospitality. After passing through a series of rulers, each made their mark on the skyline. Minarets from 16th-century mosques sit next to Soviet residential blocks. The lavish Heydar Aliyev Park and its imposing Arch of Triumph represent the modern. 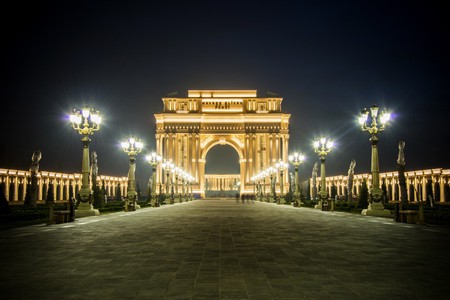 While Azerbaijan’s second city may imply it has a drug-related backstory, Ganja is even more fascinating and mysterious. So, why not include a stop to this destination in Western Azerbaijan when you visit ‘The Land of Fire’ and see for yourself?