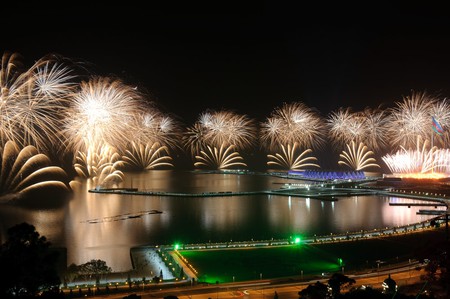 The Eurovision put a somewhat obscure and little-known nation firmly on the international radar. Since its debut in 2008 after 52 years of absence, the ‘Land of Fire’ consistently qualified for the finals and ultimately won it in 2011. The Azerbaijan Eurovision success encouraged a rise in regional tourism. Here’s why.

Azerbaijan’s history, culture, and Eurovision performances all have their roots in the nation’s abundance of natural resources. Post-Soviet Azerbaijan experienced tumult after independence before riding an oil boom and securing what officials called the ‘Contract of the Century’. Increasingly wealthy, Azerbaijan invested huge sums of money into developing Baku as well as hosting and participating in international events. The Azerbaijan Eurovision received generous sums of money, which almost certainly drove their success: Elnur and Samir’s 2008 debut act Day After Day finished eighth, Aysel and Arash’s Always climbed to third in 2009, and 18-year-old Safura’s Drip Drop came fifth the following year. As the global oil prices remained high, Azerbaijan’s Eurovision ambitions soared. 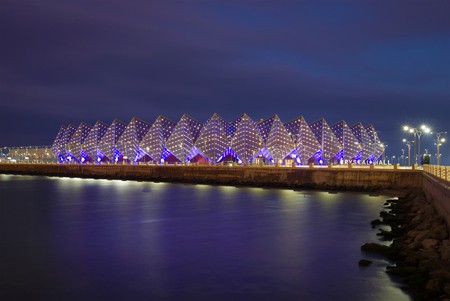 Ell and Nikki carried Azerbaijan to Eurovision Stardom in 2011. The duet performed Running Scared in Germany’s Dusseldorf, gaining 221 points to win the tournament. Suddenly the world started to notice Azerbaijan, a small Caucasus nation sandwiched between Iran, Russia, and Turkey. Azerbaijan hosted the 57th Eurovision in Baku’s Crystal Hall, spending almost USD$200 million on the event, the highest in the competition’s history. On home soil, Sabina Babayeva received 150 points and finished fourth with When the Music Dies. However, just as a fuel-less fire dwindles, so did Azerbaijan’s Eurovision performance with plummeting global oil prices in 2014. Since the crash, they have failed to finish higher than 12th.

According to government statistics, the number of tourists visiting Azerbaijan climbed from 2008 to a peak when Baku hosted the 2012 competition. Receiving almost twice as many foreign visitors the year after their victory compared to before participation, it‘s clear the Azerbaijan Eurovision drove tourism. And why not? The country makes an alluring travel destination with exotic fire temples, burning mountains where flames never extinguish, and mud volcanoes. As people became aware of the blend between Europe and the Middle East, more tourists found a reason to visit ‘The Land of Fire’. And more visitors experienced the famous Caucasus hospitality and its rich historical and cultural diversity. But sadly, as oil prices slumped, so did tourist numbers.

Will 2018 see the revival of Azerbaijan’s Eurovision success?

2018 looks auspicious, as the country’s economy stabilises and with the recent introduction of an eVisa. The 2018 Eurovision seems promising too. Azerbaijan’s 28-year-old Aisel will perform X My Heart. The song has received a lot of positive feedback from around the globe in the build–up to this year’s event. Who knows? Her upbeat song might lift Azerbaijan up the ranks again and bring the competition back to Baku.