Hikers Are Building a Thousand Mile Trekking Trail in the Caucasus 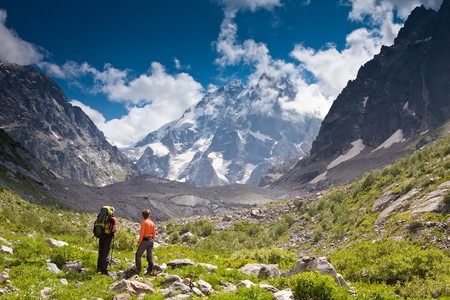 The Caucasus Mountains divide and connect isolated communities and house Europe’s largest peak. Previously, the only way to experience the mesmerising landscapes, diversity of ancient cultures, traditions and languages was to follow shepherd or Old Soviet trails. The revolutionary Transcaucasian Trail project will change this forever. 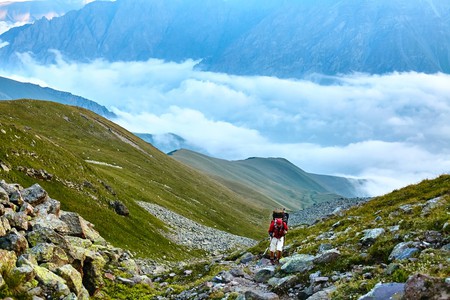 A Melting Pot of Cultures and Traditions

The Caucasus Mountains connect the Black and Caspian Seas with sharp peaks and haphazard undulations stretching towards the horizon. Not only does the range straddle Southern Russia, Georgia, Azerbaijan and Armenia, but its inhabitants are ancient and diverse. Believed to be named by the Ancient Greeks and mentioned by Herodotus, more than 50 ethnic groups and even more languages call the region home today.

Isolated communities developed their own cultures and traditions. Mountain ranges create the perfect barrier for isolated groups to thrive. The tribes were notorious for being fiercely independent and resistant as waves of superpowers from the Mongols to the Russians swept through. Today, the region spans several countries and Republics. Most were impossible to reach eluding previous conquerors.

In 2016, an ambitious project to create a trail in the Lesser Caucasus, a range dividing Azerbaijan and Armenia with a small portion in Georgia, began. The route will cover almost 1000 miles when completed, passing through three countries, protected areas, historical villages and, of course, hypnotic landscapes. But how did this ground-breaking project start?

Expedition leader Tom Allen fell in love with the Caucasus region as he cycled through Georgia and Armenia in 2007. After marrying an Armenian, he eventually moved to live in the country’s capital Yerevan. Always the outdoor enthusiast, Tom came up with the idea, and with the support of the Royal Geographic Society, began the project in 2016.

The goal of the Transcaucasian Trail is to create ‘safe, sustainable and spectacular backcountry routes’ through the mountains in Armenia, Georgia and Azerbaijan.

The trail will pass through valleys and the foothills of mountains higher than 5000 metres (16,400 feet), dense forests, steppes and glaciated peaks. Historical churches dating back 1500 years, along with ancient watchtowers and villages, will be visible on the trail too. Without the Transcaucasian, the wonders, hospitality and diversity in both landscapes and culture wouldn’t be accessible.

Listen to Tom Alley’s speech on the Transcaucasian Trail in Feb. 2017:

As of 2018, vast areas of the Caucasus Mountains, both in the Greater and Lesser range, remain unmarked or old Soviet trails. Tom’s team and several volunteers are mapping unchartered territory, trail building and liaising with villages, communities and authorities.

Certain sections are open in Armenia, including the six-day Diljan to Parz Lake to Goshavank and the 10-day trek in Georgia’s Upper Svaneti. Another project aims to transverse the Greater Caucasus from north to south. Hiking the entire length will take an estimated three months. 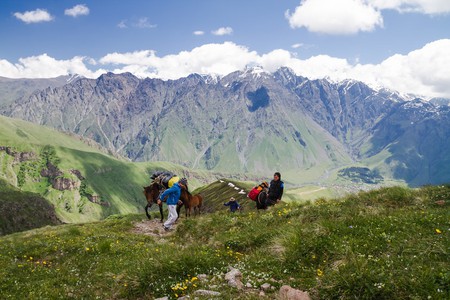 The team is optimistic and currently recruiting volunteers. Given the complicated political, cultural and geographic challenges, it may take some years for the route to be finished. But when it opens, the region can expect a surge in tourism.

Villagers along the trail will have more opportunities, and the project might just bring the isolated communities closer together. And hopefully, it will help resolve the ongoing regional conflicts by encouraging a higher goal of collaboration in this revolutionary mission.