The Most Beautiful National Parks in Azerbaijan 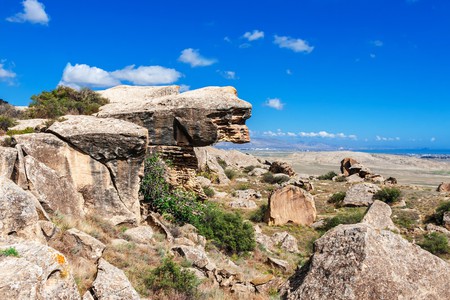 The Land of Fire in the Caucasus offers unimaginable diversity in landscapes, climatic zones and wildlife. Protection of the once-neglected environment is quickly becoming more of a priority to authorities. Check out these national parks in Azerbaijan for wildlife, endangered species, migratory birds and marine life.

Gobustan (or Qobustan) is one of the most visited national parks in Azerbaijan. Located 60 kilometres (37.3 miles) to the southwest of Baku, the UNESCO-listed site combines petroglyphs with mud volcanoes and musical rocks. Some rock carvings decorating the walls date back 40,000 years and depict various shapes from human figures to animals. Most intriguing out of the 6,000 carvings are those portraying whales and dolphins, which aren’t believed to be in the Caspian Sea. Gaval Dash, the symphonic rock, resembles a tambourine when struck. Azerbaijan’s mud volcanoes are nearby too. Gobustan is one of the more popular day trips from Baku which can often be arranged by the hotel. 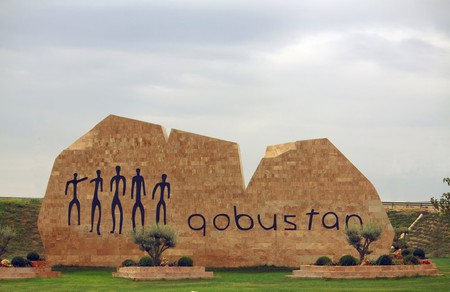 The protected area covering a total of 783 hectares on the Absheron Peninsula often gets snubbed by tourists for the underwhelming reviews and lack of information. But Absheron National Park with its semi-desert terrain interspersed with dunes, houses a variety of fauna and flora. Lucky visitors might spot jackals, foxes, tortoises and those with a keen botanical eye will appreciate the 25 species of endemic and non-native plants. Visitors might see the endangered Caspian Seal between May and August. Don’t expect too much from this national park in Azerbaijan but it’s worth visiting as part of a more extended day trip around the Absheron Peninsula.

Shirvan National Park can be reached on a day trip from Baku. The landscape features a semi-desert terrain with dunes, coastline and a sizeable population of jungle cats and gazelle. Established in 2003 in an attempt to protect the endemic wildlife and flora, in particular the gazelle, Shirvan National Park has been an enormous success. In addition to the mammals, over 200 species of bird and a variety of marine life live inside. Unlike other national parks in Azerbaijan, accommodation in the form of camping sites and bungalows are available.

The colossal nature reserve occupying the Ghizil-Agaj Bay sits to the north of Lankaran. Stretching more than 70 kilometres (43.5 miles) from the Caspian Sea and encircling the bay, Ghizil-Agaj State Reserves is a haven for migratory birds. Birds from Northern Europe and Siberia make their way during the winter, forming just a fraction of the 250 species of bird who call the area home. On top of this, expect to see wolves, wild cats and almost 50 types of fish. Ghizil-Agaj along with Agh Gol are the only national parks in Azerbaijan featured on the World Heritage List of Ramsar Wetlands.

Located in southern Azerbaijan towards Iran’s border lies the Agh Gol National Park. Boasting an arid landscape in the Kur-Araz lowlands with a jade-coloured oasis in the centre attracts a surprisingly small number of tourists. The national park surrounding Azerbaijan’s second largest lake was established to protect the wetland ecosystems. More than 140 species of birds live inside, along with over 80 nesting to create an ornithologist’s paradise. Despite its appeal, visiting this national park in Azerbaijan can be challenging without hiring a private driver and guide.

Azerbaijan’s famous Lake Goygol sits inside the State Goygol National Park, which also holds the title as the country’s oldest. Within 90 minutes of Ganja, both the lake and surroundings are a favourite day trip. In 1925, the Soviet’s established this protected area to restore mountain forests, lakes and meadows. Natural beauty abounds inside this national park in Azerbaijan with steep valleys interspersed with rivers and a series of lakes dominating the landscape. The endemic wildlife includes deer, boars and bears along with a rich diversity of plants.