The Best Parks To Visit In Vienna

Because of its location, right in the middle of Europe, Austria has the ideal weather for beautiful juicy green nature. Vienna’s parks are perfect for day excursions or just having a relaxing break from the city. With this guide, we show you the best and most interesting green areas in the Austrian capital.

The Vienna City Park was built in the years between 1860 and 1862, and opened in August 1862 as the city’s first public park. It is constructed in the style of an English landscape garden and was designed by Josef Selleny and Rudolf Siebeck. Originally, the park was just a part of the city’s first district, and therefore on the left side of the River Wien. But one year later the park was extended, and another part was built the other side of the river. Today, this park is the one with the most memorials and sculptures in Vienna. Certainly, the most photographed memorial is the one of the Viennese musician and composer Johann Strauss. 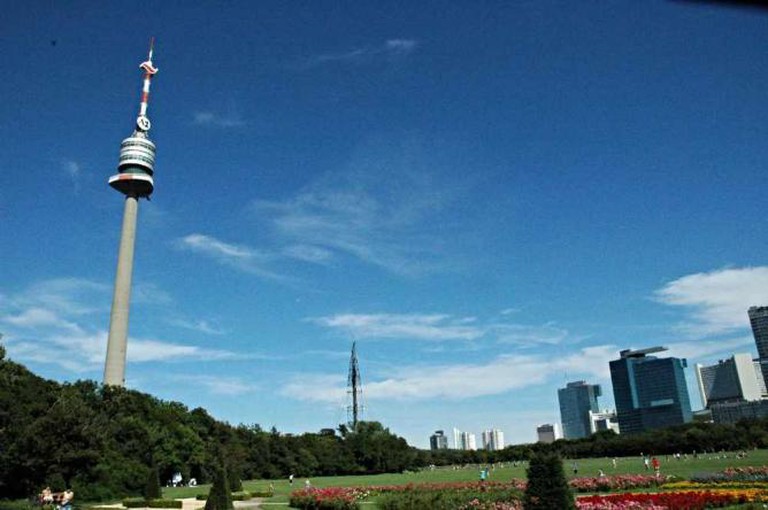 Danube Park | © weisserstier/Flickr
Park with a lot of attractions

For about 70 years this park was a pistol shooting center, and then it became derelict. In the 1960s this area was renovated and transformed into a local recreation area. Along with its architectural landmark, the 252 meter-high Danube Tower, it was opened at the Vienna International Gardening Show in 1964. Today, there are a lot of playgrounds, skateparks and public tennis courts. It is the perfect place for seeing sculptures by international popular artists, making sports and relaxing in the meadow.
Open In Google Maps
Am Donaupark, Donaustadt Wien, Wien, 1220, Austria
+43140008042
Visit Website
Give us feedback

As long ago as Roman times this area was inhabited, and during Austria’s imperial era it was transformed into a hunting ground. Today, the Lainzer Tiergarten is a public nature reserve and part of the Vienna Woods. In this park there is a big wildlife stock, and animals like deers roe deers and wild boars live there. Besides, it is a popular attraction for hikers, runners families and day-trippers. And people interested in culture can visit the Hermesvilla, which is a culture and exhibition center.

The Volksgarten is a public park located on the Ringstrasse in the first district of Vienna. It was built from 1819 to 1823, and there are two different styles that constitute the park. The side of the Hofburg was created in an English style, with a relaxed tree population. In contrast, on the Ringstrasse side the park was constructed in a French baroque style, with a highly detailed and precise planned garden. As every park has its sculptures, this one has them too. For example, visitors will find there the memorial of Empress Elisabeth and Franz Grillparzer, but also the Theseustemple, which is the smaller version of the Temple of Hephaistos in Athens. And also rose lovers will find there their favourite flower.

Until the 19th century the Danube was an unregulated river. Today, it is kept under control, and part of this was the establishment of a national park, which is about 9,300 hectares and reaches from Vienna to the neighboring province Lower Austria and the boarder of Slovakia. It is a popular place for wanderers and day-trippers, who start their excursion at the Schloss Orth. There will be some boat trips with the canoe or zodiac offered. But also guided tours with the national park rangers are possible. 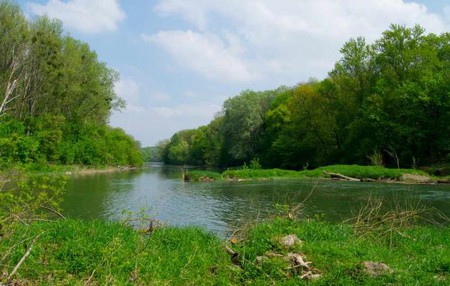 The palace garden in Schönbrunn is inseparable connected with the Schönbrunn Palace and the Gloriette. The Gloriette is up on the hill, directly opposite the palace. Initially, this area was a hunting lodge. Under the reign of Empress Maria Theresia in the 18th century, the castle and its park were renovated into the form we know them today. These days, the Schönbrunn Palace Garden serves as a local holiday area for natives and is a tourist attraction too.

The Burggarten is a park which is the perfect starting point to visit some of the most important attractions in Vienna. This park is located at the Ringstrasse, at the back of the National Library, very close to the Vienna State Opera. In the park itself, visitors will find the Palmenhaus, with its restaurant and butterfly house. It is a small and relaxed place, with a small pond and some sculptures of famous Austrians. 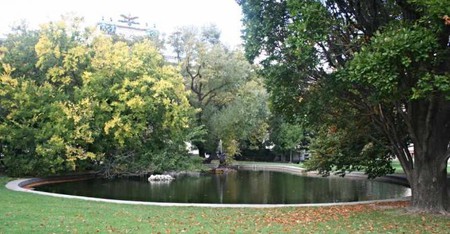