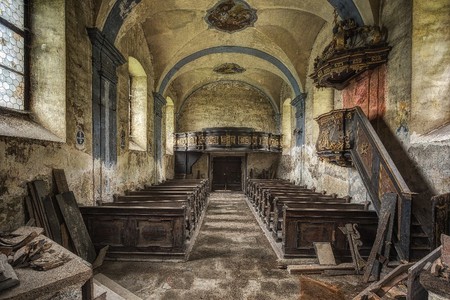 Artists have long been fascinated by abandoned buildings, with the idea of past lives capturing the darker side of the imagination. Austrian and Vienna-based photographer Stefan Baumann has been exploring forgotten spaces for the past seven years. He shared some of his work with us, taken around his home country.

Self-taught photographer Stefan, 36, bought his first digital camera in 2011. After chancing upon a derelict house, he realised the thrill and unique atmosphere that comes from exploring lost places and was “dragged into” the sub-genre of Urban Exploration, resulting in him embarking on an extensive, ongoing project. 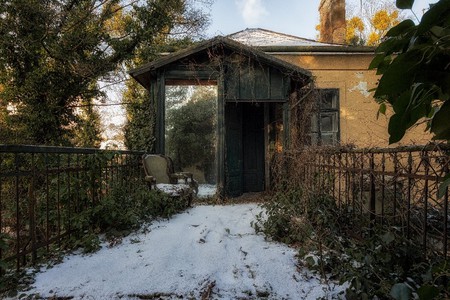 The entrance to an abandoned villa in the snow | © LichtGespiele :: Abandoned Europe 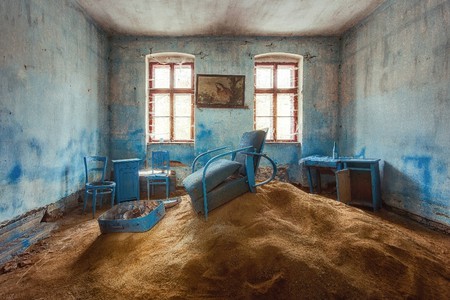 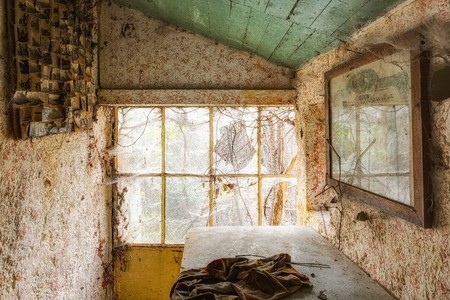 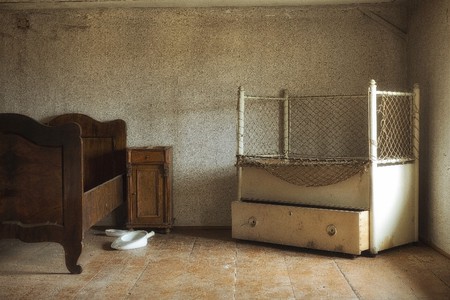 One of the bedrooms in an abandoned Villa | © LichtGespiele :: Abandoned Europe

“I love abandoned homes,” Stefan told Culture Trip. “From the tiny, crumbled houses in Belgium to the big, abandoned castles in France. Whenever I have the chance to visit a forgotten home I feel very thankful that I can experience the presence of the life that once filled the rooms. Forgotten belongings, like personal letters, clothes, children’s toys or photographs allow me a glimpse into past lives.” 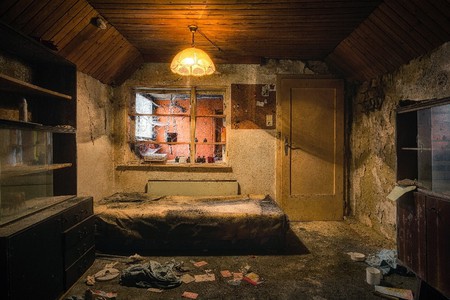 The electricity still functions in this tiny home that was abandoned many years ago | © LichtGespiele :: Abandoned Europe 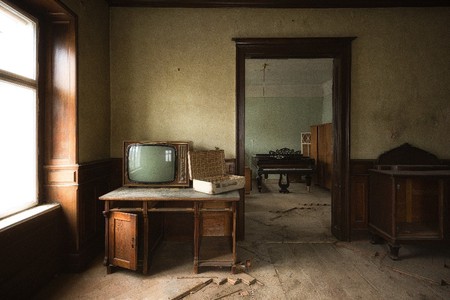 When speaking about what drew him towards this genre in particular, Stefan said it was, in part, the challenging aspect of entering the buildings that appealed to him, as he has to find a way into them without manipulating or breaking anything. However, finding a resolution to obstacles such as this is clearly rewarding, as the images captured are an expertly curated blend of both beautiful and haunting – giving intimate portraits to lives now vacated. 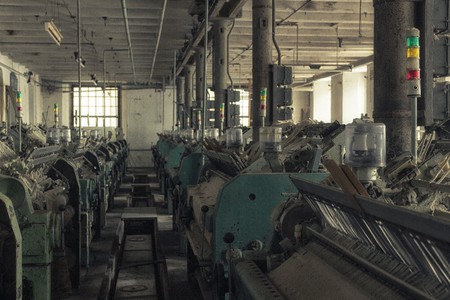 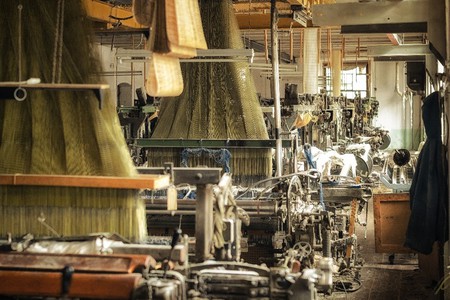 One of the production halls in an abandoned textile factory | © LichtGespiele :: Abandoned Europe

An aspect that has captured Stefan’s imagination is the impact of organic forces against man-made structures. “I love it when nature takes back what was once hers and when there are visible signs that even massive architectural structures can’t stand the power of nature,” he said.

“I’m always fascinated by plants overgrowing whole rooms and ivy finding its way through the tiniest cracks in the walls, breaking the stone over time. It’s this strong surrealism, the high contrast between old, abandoned structures and new life, growing from what looks like a hostile surrounding in the first pace, that keeps me trespassing.” 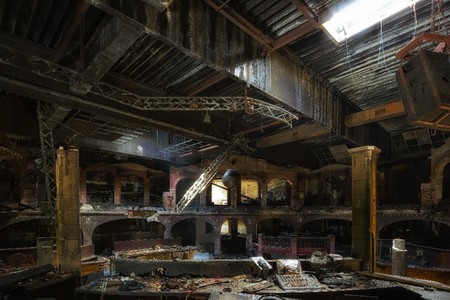 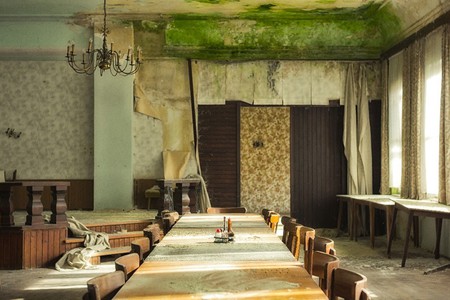 One particularly special location for Stefan was a castle in France, for which he spent a lot of time researching. Although he says that on his first visit he was too inexperienced to capture its magnificent architecture, he returned a second time with his wife and managed to get some amazing shots. 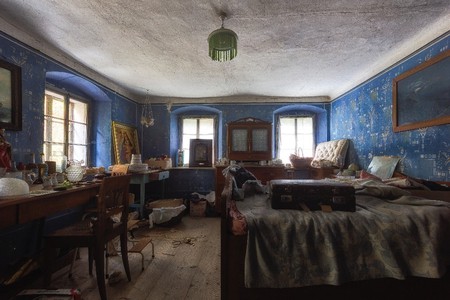 The bedroom of an abandoned house in Austria | © LichtGespiele :: Abandoned Europe

Although incredibly captivating, one cannot deny the photographs have an eerie quality – and this is partly what makes them so fascinating to look at. This, too, is part of the thrill for Stefan, who says that exploring the buildings is particularly spooky when he is aware that they have a dark past.

“I can definitely say there have been a few frightening visits. Of course, this strongly depends on the location and its former purpose but standing at a once-crowded or living place that is completely deserted now always leaves you with a strange mixture of feelings. Some places are frightening because of the history or the secrets they have, like former asylums, hospitals or prisons. Knowing about the very dark and inhuman history and seeing the leftovers at the same time touches me deeply every time.”

“I adore Italian or Portuguese architecture and I also love the Mediterranean decay and vegetation. I have visited psychiatric asylums all over Italy several times and the architecture is just mind-blowing. Gigantic hallways, totally overgrown with ivy, create a surreal and dreamy atmosphere. Objects left behind like operating tables, devices used for electric shocks or isolation cells give you a very clear idea of the sometimes cruel actions that happened inside of these walls.” 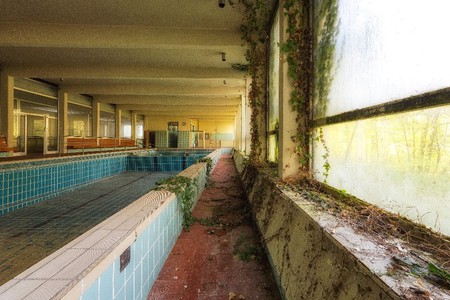 Ivy growing through tiniest cracks in the wall of an abandoned sanatorium | © LichtGespiele :: Abandoned Europe 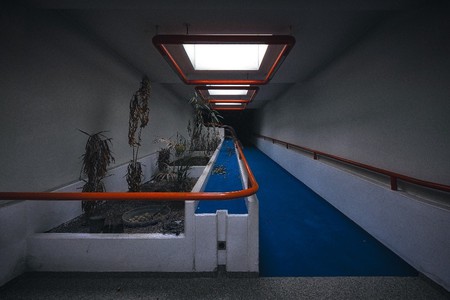 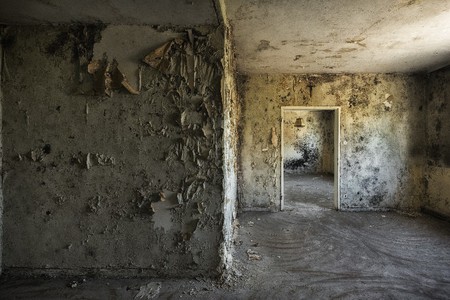 As many of the buildings are extremely old, aside from fears of the supernatural, the project can also bring threats in other ways. “They can be dangerous or frightening because of their structural conditions. Abandoned places aren’t maintained or secured and entering them always is a risk I have to be very aware of. Crumbling floors, collapsing stairs or totally missing stories are dangers that could happen at any time. Abandoned places are also an attraction to sometimes not-so-well-intentioned people like copper thieves, vandals or other shady people.” 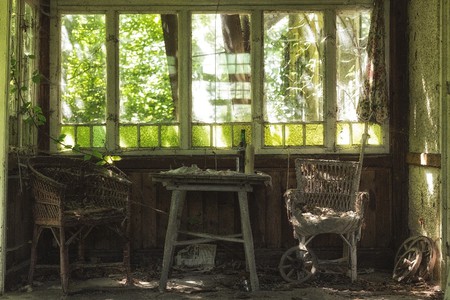 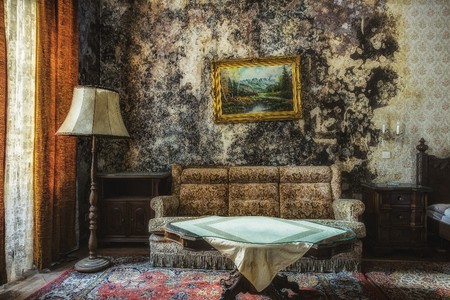 Mold taking over the once glamorous suite in an abandoned hotel | © LichtGespiele :: Abandoned Europe

Stefan’s work on abandoned buildings is an ongoing project. As well as plans to extend his project beyond Europe, other locations on Stefan’s bucket list are the monuments and houses leftover from the Soviet era.

“I’d love to explore the abandoned homes people had to leave in a rush, walk through empty shopping malls still filled with all the goods and many more. I can imagine the tremendous feeling walking this place and documenting the situation after the disaster would be a great opportunity for me.”

You can find more of Stefan’s work, including the pieces mentioned in this article, on his Facebook page.