A Guide To Vienna's Schönbrunn Palace 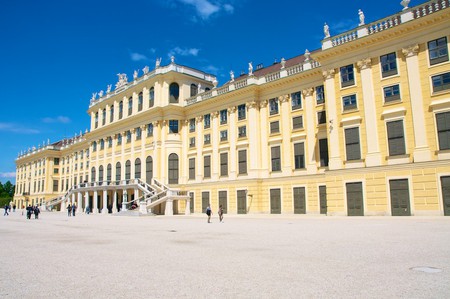 The palace of Schönbrunn is the epitome of Viennese extravagance. Walking through the garden’s seemingly never ending pathways, dressed with carefully pruned trees towering on either side, it is easy to imagine life back in imperial times, when the palace housed the Austro-Hungarian empire’s now-defunct monarchs. Standing at the obelisk gates, you can see the grandeur of the grounds extending all the way up to the arch of the Gloriette – a monument perched proudly atop a 60-metre hill, adorned with an imposing golden eagle representing the Labours of Hercules.

The history of Schönbrunn fascinates tourists and locals alike, so much so that it has become Vienna’s most popular attraction. Schönbrunn Palace and its vast grounds are considered one of the most important historical and architectural monuments in the whole of Austria.

The estate used to be called Katterburg, only becoming known as Schönbrunn (which translates as ‘beautiful spring’) in 1642. Austria’s most prominent dynasty, the Habsburgs, acquired the land in 1569, originally using it as a hunting ground, eventually transforming it into the sprawling 1.5sq km (1 sq mi.) estate we have today. Maximilian II was responsible for its acquisition and was primarily interested in developing the space for breeding game – keeping many ‘exotic birds’, such as turkeys and peacocks. 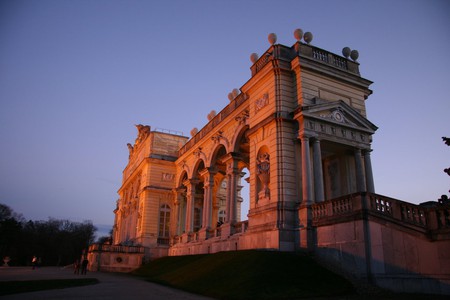 There are many different ways to explore the palace, with packages offering varying levels accessibility. The Imperial Tour allows you to see inside the apartments of Emperor Franz Joseph and his wife ‘Sissy’, as well as the Great Gallery. Those interested in a more in-depth look at the history of the complex may prefer the Grand Tour which allows access to over 40 rooms. 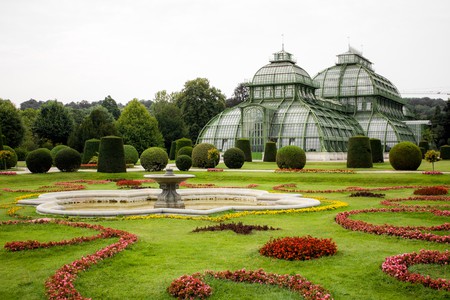 The glass house in the English Garden of Schonbrunn. Shadowgate Flickr.

If visiting Vienna in the winter months, there is a special pass which covers the Grand Tour and admission to the world’s oldest zoo, which is also in Schönbrunn Palace Park.

If peckish during your visit to the palace, there are numerous cafes and restaurants dotted conveniently around the grounds. The Cafe Residenz is a quintessentially Viennese joint, offering an array of traditional cakes and desserts, as well as many savoury meals. Another reason to visit is the hourly apple strudel show, giving you a chance to watch professional bakers craft Austria’s most famous traditional dessert.

The Cafe Gloriette is another fine choice for visitors in need of a pick-me-up after climbing the 60m (200 ft.) hill up to the monument, which boasts beautiful views of the city. Those wanting to experience the imperial high life can enjoy the Sissi Buffet – a plush spread of fried bacon, sausages, kaiser rolls and smoked salmon, topped off with a glass of Prosecco.

Named a World Heritage Site in 1996, the complex includes many attractions, including an orangery, a maze, botanical gardens, a palm house, a zoo and in summer, an outdoor swimming pool. 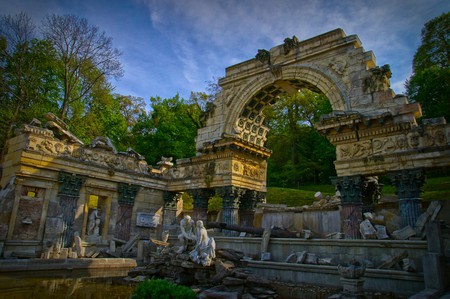 One of the many monuments inside the park. Christoph Sammer - Flickr