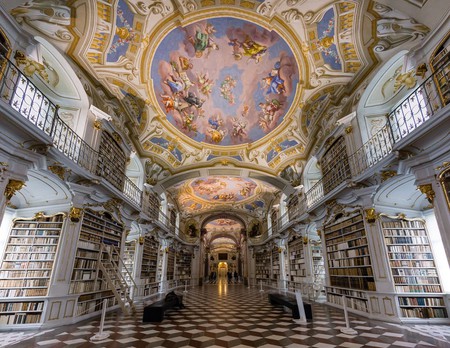 A glimpse of the gorgeous ceiling frescoes | © Shutterstock

One of the oldest remaining monasteries in Austria, Admont Abbey is a fairy-tale-esque masterpiece of Baroque and Gothic architecture and one of the country’s most precious historical landmarks. Read on to learn more.

Founded in 1074, unsurprisingly the Benedict Abbey of Admont has undergone various reforms throughout its life. The first structure was erected by the Archbishop of Salzburg and occupied by monks from the nearby St Peter’s Abbey. In the early days it served various purposes, including housing a girl’s convent, and a Scriptorium, where scholars wrote various theological works.

Some of the most significant developments came in the 17th century, when a large fire caused damage, with much of the Abbey reduced to rubble with the exception of the library. The structure that stands today is in a neo-Gothic style, designed by architect Wilhelm Bücher. 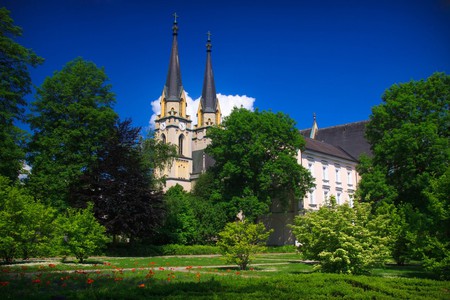 The Abbey on the beautifully sunny day | © Shutterstock

The library is by far the Abbey’s most awe-inspiring room and the primary reason why many visit. At 70 meters (230 feet) long, 14 meters (46 feet) wide and 13 meters (42.6 feet) high, it is the largest monastery library in the world. Adorned in intricately painted frescoes portraying the various phases of human understanding; beginning with thought and speech, through the sciences and arts, expertly carved sculptures and golden busks shining, you will find it hard to notice each detail with just one visit.

It is not only aesthetically impressive but also houses some of the most important sacred texts in the world, with a collection of around 200,000 volumes. 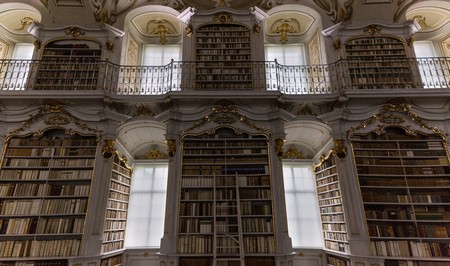 The lavish shelves inside the library | © Agatha Kadar / Shutterstock

A glimpse of the gorgeous ceiling frescoes |  © Shutterstock 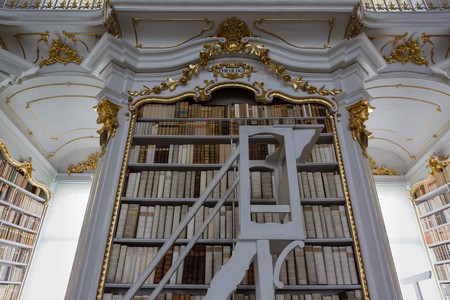 Museums inside the monastery

The monastery is not only a sacred home containing fascinating history, but today also functions as a purveyor of modern art. At the museum inside Admont, you can see works by over 100 artists, and changing exhibitions take place throughout the year.

As well as the gallery, there are also museums containing relics from the Abbey, including a natural history museum with an extensive insect collection that once belonged to Benedictine monk Father Gabriel Strob. 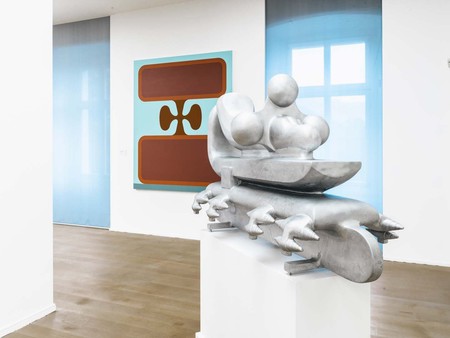 An exhibition at the Abbey | © ADMONT ABBEY 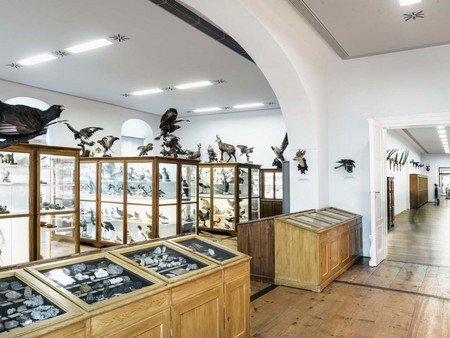 A collection inside the natural history museum at Admont | © ADMONT ABBEY

The monastery is open year-round and guided tours are available. The onsite museums are free of charge. 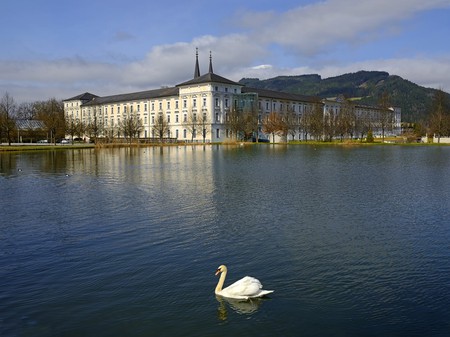