Courtesy of Austrian Tourist Board
Salzburg has a delightfully-wonderful blend of natural beauty and unique urban sites throughout the city that entice visitors and locals alike. From outdoor excursions to famous attractions, here are some of the many experiences that Salzburgians might wish to keep under wraps from visitors and tourists and enjoy for themselves.

Taking place from July until August, this festival puts on daily showings of various concerts—including operas and theatre productions—on a large-scale screen. The films are screened onto a wall in Kapitelplatz (Chapter Square in English)—one of Salzburg’s most spacious and popular-public spaces to see a few of the city’s main sites such as the Cathedral and the city’s fortress. As well as the culture that’s on offer, the festival also offers a culinary feast with stalls serving hot- and cold-Austrian food. 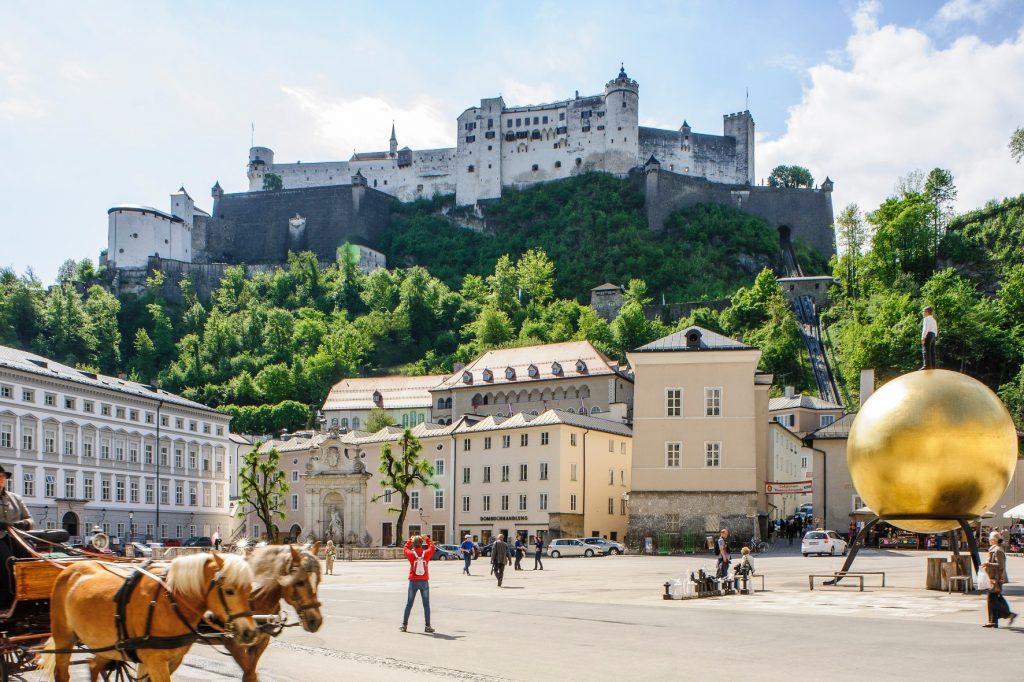 Kapitelplatz, Salzburg, the location of the festival | © Bryan Reinhart/Courtesy of Tourismus Salzburg

Cemetery
Add to Plan
Mozart Graves - St. Sebastian's Cemetery, Salzburg | © Viator.com/Flickr
Built way back in 1502, this decaying yet elegant burial ground is the resting place of some of Austria’s most revered residents. Although the composer himself isn’t buried here, Mozart’s mother, father, and sister were all buried in this cemetery. Terrifically spooky, the well-manicured grounds are great for exploring and discovering some unique and interesting landmarks.
More Info
Open In Google Maps
41 Linzer Gasse, Salzburg, Salzburg, 5020, Austria
+43662820345
Visit website

The legitimacy of this creepy and strange artifact remains in dispute, but many avidly claim that the skull belongs to Salzburg’s own and one of the world’s most famous classical composer. Located at the University Mozarteum, the skull came into scientists’ possession in 1902. The skull, with an absent lower jaw, is said to match historical records. Legend has it that in 1801, gravedigger Joseph Rothmayer took the skull from the grave Mozart was buried ten years before. Albeit a morbid exhibition, it certainly provides a more unconventional day out than Mozart’s birthplace. Viewings have been closed to the wider public but remain available upon request. 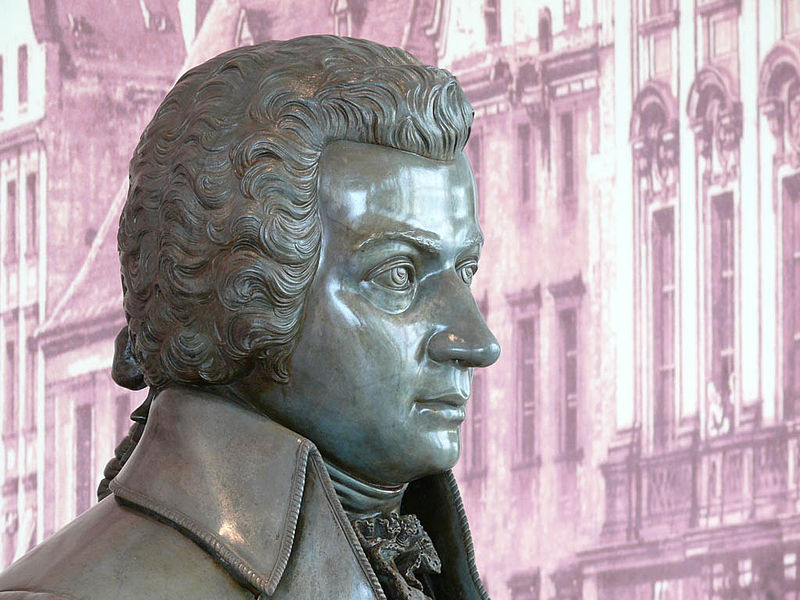 Jazzit hosts ‘electro swing’ parties weekly as well as various blues and jazz concerts. This club is a great last stop of the evening and a place to catch some original acts. The outdoor garden and the bar—both available to enter without purchasing a ticket—is also nice to relax and have a drink or two.

Venture out roughly an hour away from Salzburg to see the world’s largest Ice Caves in Werfen. An incredible structure is as imposing as it is impressive, this underground cavern of twisted organic sculptures have formed in a manner that appears deliberate. A completely unique spectacle to behold, it is open to the public between May and October. Guided lantern-lit tours take visitors through the steep, winding alleys and glistening walls and offer scientific and historical facts about the phenomena along the way. Be sure to wear warm clothing, whatever the weather. 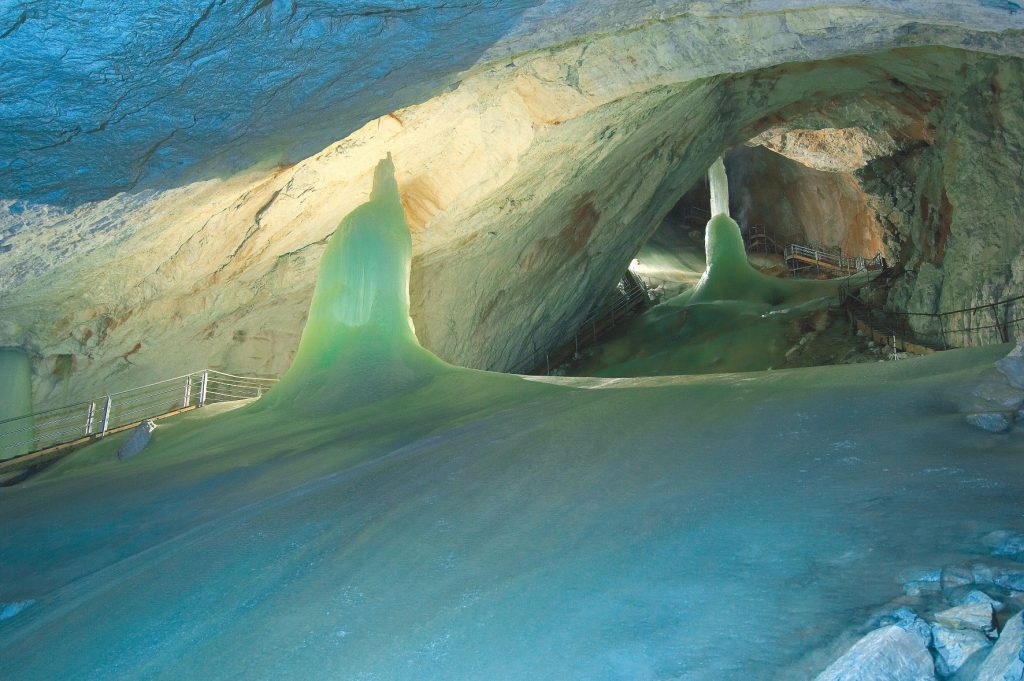 The Panorama Museum offers a close view of a painting by the iconic Austrian artist Johann Michael Sattler that depicts the city of Salzburg in bright and vibrant colors. Visitors can use periscopes to see every detail of the panorama. The painting was finished in 1829. It captured the very essence of the city at the time and detailed everything from the specific chimneys to the windows on each building. Much of the painting still aligns with Salzburg’s landscape today, giving guests the opportunity to compare an older view of the city to what it looks like in the modern age. 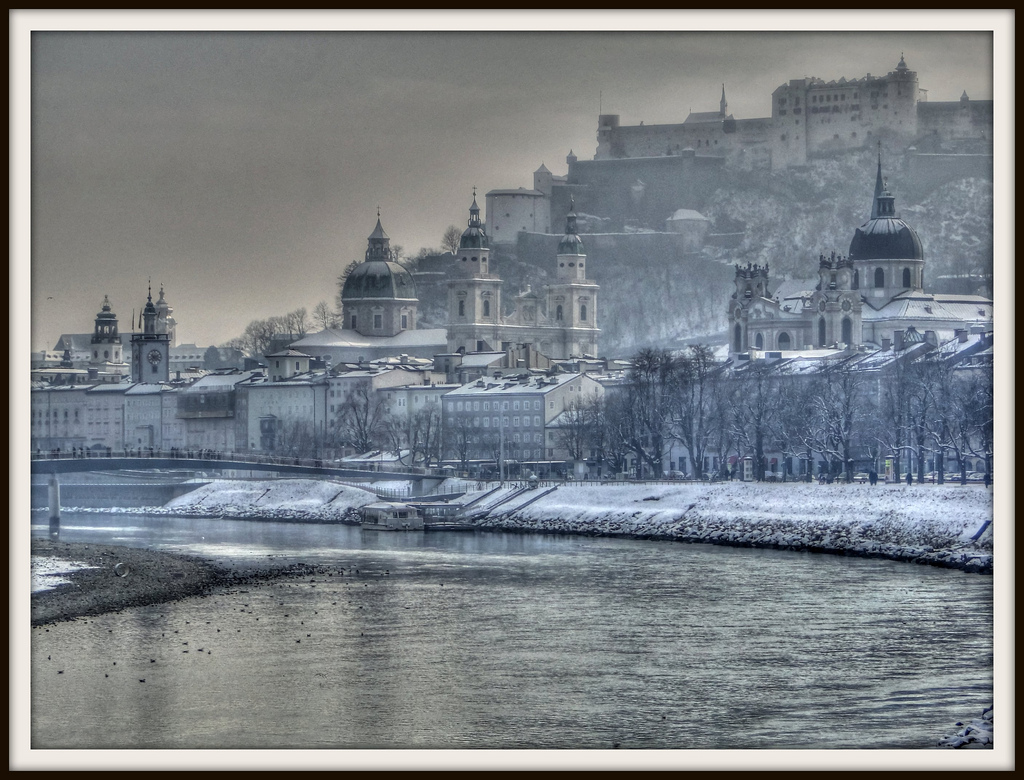 Wolf Dietrich, a very wealthy and powerful man with a reputation for being cruel, is one of Salzburg’s most notorious residents. Similar to many aristocrats of the time, Dietrich owned a Wunderkammer—’Cabinet of Curiosities’. The cabinet contains an assortment of treasures, including shells and coral, globes and scientific devices, rosaries, ivory and horn, an ocean-life cabinet, and an amber cabinet.

Rumoured to be Central Europe’s oldest restaurant at 1200 years old, the Stiftkeller is built within the walls of St. Peter’s Abbey. Serving delicious meals made with locally-sourced ingredients such as freshly-caught trout and regional vegetables, it is not only one of the oldest but one of the best. The restaurant also offers a ‘Mozart dinner’—an evening that transports patrons back to the 1700s with historical food served by candlelight and music performed by the graduates of the Mozarteum University-Salzburg. 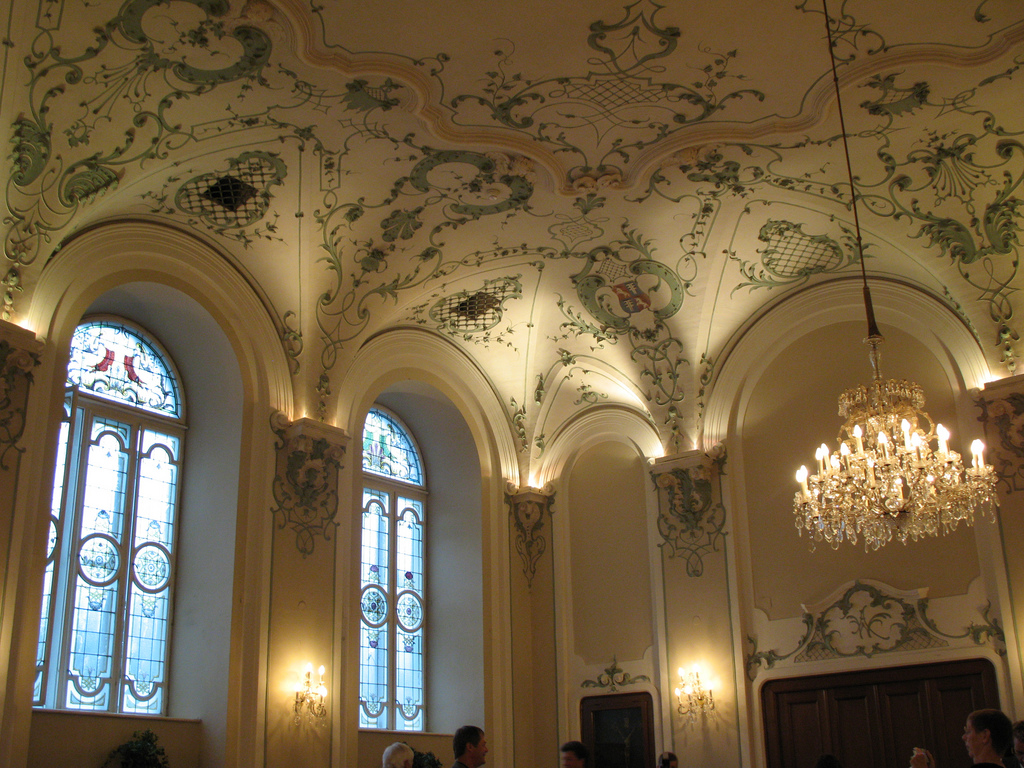 Memorial, Museum
Add to Plan
One of the most-visited museums in Austria is the house where Wolfgang Amadeus Mozart was born | © Scott Wilson / Alamy Stock Photo

Learn about the life and work of one of Austria’s most renowned resident and one of the most revered- and prolific-classical composers of all time. Mozart’s birthplace, in the picturesque Old Town, is one of the most frequently-visited tourist attractions in all of Austria and offers a glimpse into the prodigy’s early days with a collection of portraits, historical instruments, and various memorabilia from his lifetime.

Translating to ‘green market’, this is Salzburg’s best place to pick up some local food in the city’s grandest square. Regional cheeses, hams, fruit, vegetables, and bread are all up for grabs—and there is the chance to pick up some tasters for free too. Held outside the university every day, be sure to try the gigantic pretzels. 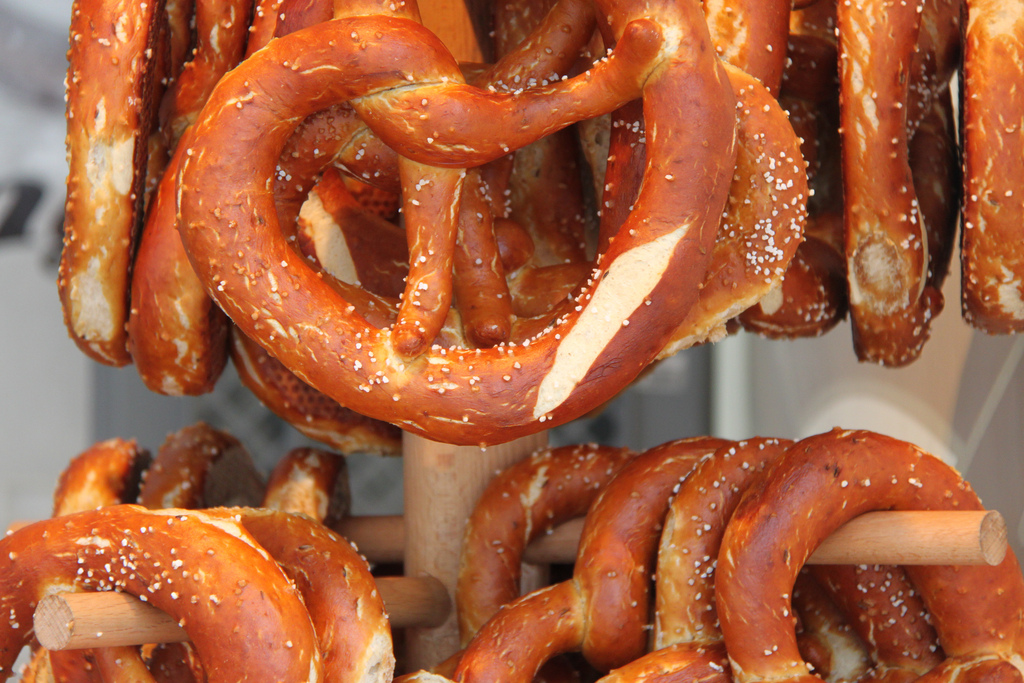 Imposing views of glittering lakes and jagged mountains stretching for miles on end, it’s understandable why the locals wish this natural-hot spot that straddles Germany and Austria was lesser known. There are a few ways to get up to the peak. Ambitious walkers can hike up to the top or people can take the Untersberg cable car up above the clouds in under 10 minutes. 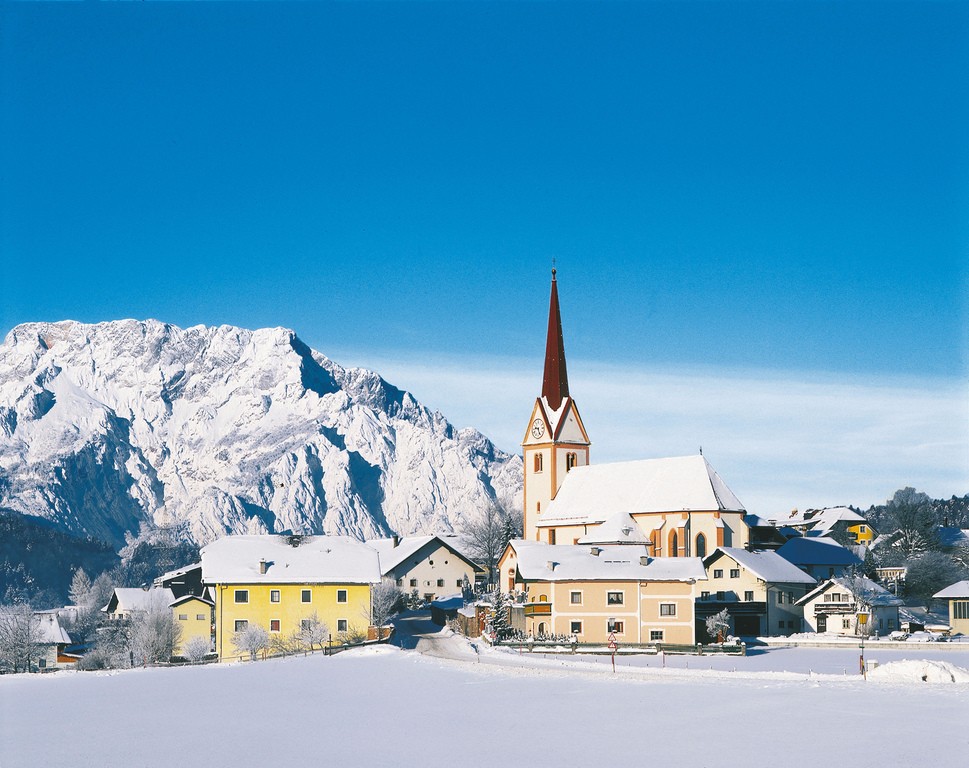